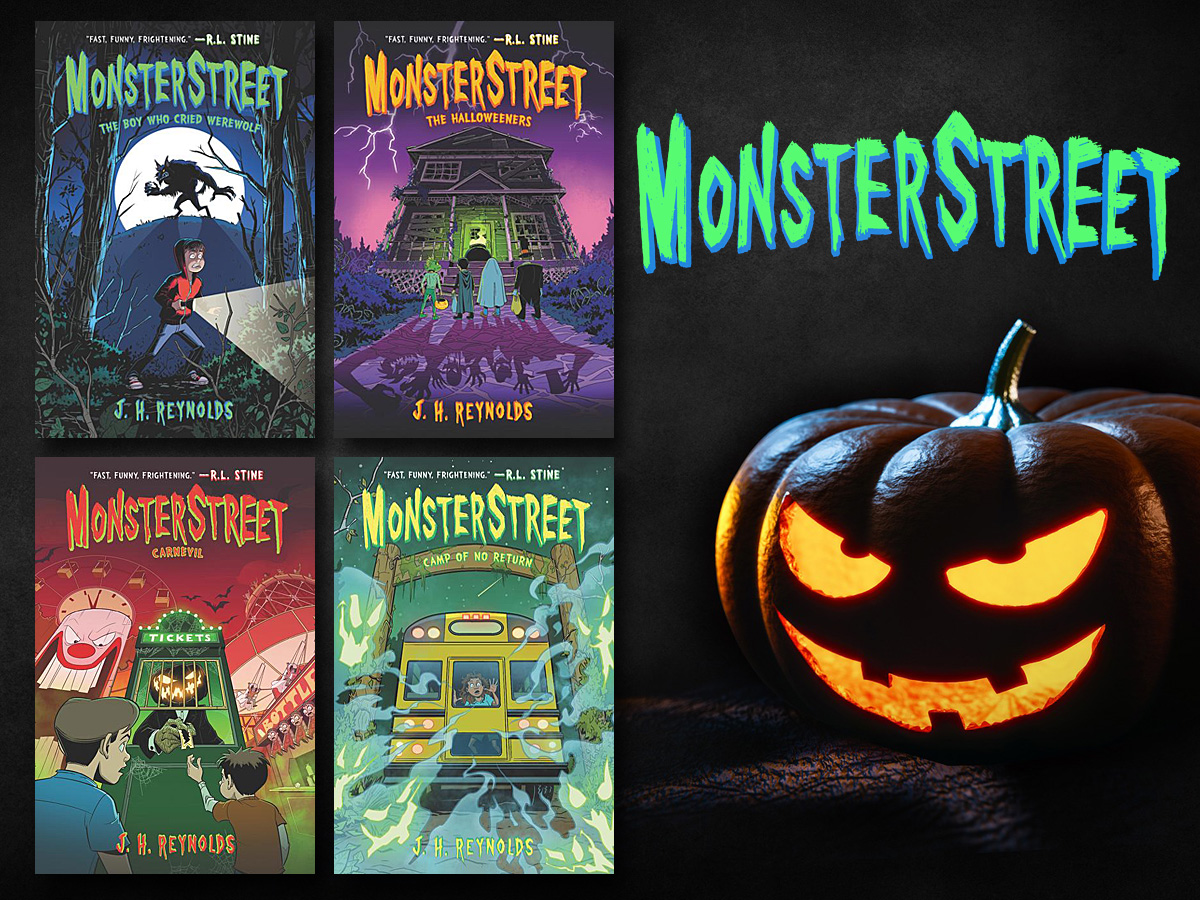 MonsterStreet is a series of middle-grade spooky stories by J.H. Reynolds. The books are short and broken down into chapters that are just a few pages long, making them ideal for reluctant readers and those who find long chapters intimidating. The stories are full of thrills and chills along the line of the classic Goosebumps books. As with those stories, no lasting harm ever befalls our young protagonists, so these books are a great first introduction to many classic horror tropes including werewolves, vampires, clowns, and monsters.

MonsterStreet 1. The Boy Who Cried Werewolf

Max Bloodnight is about to spend the weekend with his grandparents in Wolf County for the very first time. The pair live on a small farm by the edge of a forest with no phones or even electricity, and Max is dreading being left there. He is, however, hopeful that perhaps he might be able to find out more about his father who died in a hunting accident when Max was very young. When he arrives, things seem strange almost immediately. His grandparents forbid Max from entering the forest and warn him not to trust any of their neighbors.

On his very first night at the house, the chickens go missing from the barn and Max discovers muddy footprints outside his door that have disappeared by the following morning. After disobeying his grandparents and befriending Jade, a girl his own age who lives nearby, the pair begin investigating the strange events but Max only succeeds in confusing himself further. Who is the mysterious hermit living in the woods, and why was his father conducting experiments in the basement before his death?

Max’s final night at the farm coincides with the third night of the full moon and Max discovers that the people of Wolf County are hiding a lot of secrets, and his own family might just be in on those secrets too.

This first MonsterStreet book was an incredibly fun story that will be ideal for reading under the covers with a flashlight. While many of the twists and turns will be obvious to adults (the surnames of the families alone are big clues), middle-grade readers will no doubt find themselves glued to the pages of The Boy Who Cried Werewolf and staying up late to find out what happens next. The woods at night are described so vividly that you can easily imagine yourself running through them with Max and Jade, and this adds to the overall spooky factor.

The second MonsterStreet book takes place on Halloween itself. Fisher’s mom hates Halloween and has grounded him for talking back to her, but that isn’t going to stop him sneaking out while she chaperones the high school dance. Meeting up with three boys from his new school—Champ, Squirrel, and Pez—Fisher is taken to their treehouse, the secret meeting place of The Halloweeners, a group sworn to uphold the three sacred laws of Halloween:

The boys head out trick-or-treating with the goal of collecting the most candy and winning the trophy from the town festival. However, when the boys come across a cauldron filled with unusual candy bars outside the abandoned mansion all the town kids avoid, all but Fisher cannot resist eating a bar, and another, and another. The candy is the best they have ever tasted and as the cauldron constantly refills, the boys gorge themselves sick. Suddenly, the three Halloweeners begin to transform into their costumes. Champ becomes a dehydrated swamp monster, Squirrel a vegetarian vampire, and Pez an invisible candy snatcher.

With his new friends now wreaking havoc across town, it’s down to Fisher to save Halloween—all while avoiding his mother who is trying to bring him home.

The Halloweeners is strongly reminiscent of Ray Bradbury’s The Halloween Tree with its message about the true meaning of Halloween and the bonds of friendship between young boys. I was also reminded of the episode of Buffy the Vampire Slayer where the characters became their costumes. Despite these connections to more mature stories, The Halloweeners continues in the MonsterStreet style of lighter stories that are more about spooks than scares. That being said, the ending came close to reducing me to tears thanks to its tale of mending a broken heart through the magic of Halloween.

Despite being written for a young audience, this is a story that all true Halloween lovers will appreciate.

Ren and his little brother Kip are spending a few days with their Aunt Winnie who lives and works in a nursing home. Upon their arrival, both of them spot that a Halloween carnival is in town, but a terrified resident at the home warns Ren to avoid the Tick-Tock Man.

The two boys visit the carnival that evening and rapidly burn through the $20 their aunt gave to them. Zora, the carnival’s fortune teller, offers to read their fortunes in exchange for their flyer and gives them a dire warning before a man wearing a cloak and carrying a cane topped by a ticking clock interrupts. Ren knows immediately that this is the Tick-Tock Man, but Kip is oblivious and runs off into the carnival where Ren spots him making a bargain with the man that allows him extra rides.

Over the next few days, Ren investigates the carnival. He discovers that it has visited the town before leaving behind a number of missing children and also many new elderly residents who claimed to be some of those missing. With Kip drawn back to the carnival every night and spending more and more time on the rides, only Ren can solve the mystery at its heart and save his little brother.

Carnevil was by far the most genuinely frightening of all the MonsterStreet books and reminded me of another Ray Bradbury tale—Something Wicked This Way Comes. The evil at the heart of the carnival is truly disturbing, although I do wonder if the nature of it means that it will be scarier for the adults reading this story than for younger readers, for whom the true horror might not quite hit home? However, despite this being a more truly scary story than the others in this series, it is still a middle-grade tale and so a (mostly) happy ending can be assured.

Carnevil ended up being possibly my favorite in the MonsterStreet series and, to me at least, felt like the most well-written of the bunch as well.

MonsterStreet 4. Camp of No Return

I originally reviewed Camp of No Return as part of my Summer Camp Reading Round-Up back in June. You can read my full review there but here’s a quick recap.

Every year, a lottery is held to allocate places at Camp Moon Lake, the most incredible summer camp of them all. No one knows what actually happens at the camp because former campers are sworn to total secrecy—not even allowed to discuss it with their parents—but everyone knows that only a fool would turn down a place.

This year, Harper is one of the lucky ones but on the bus to the camp another camper named Brodie tells her that several years earlier, the camp was the scene of a mass murder, immediately setting her on edge. Worse, she realizes that she has never actually known anybody who has attended the camp and come back. 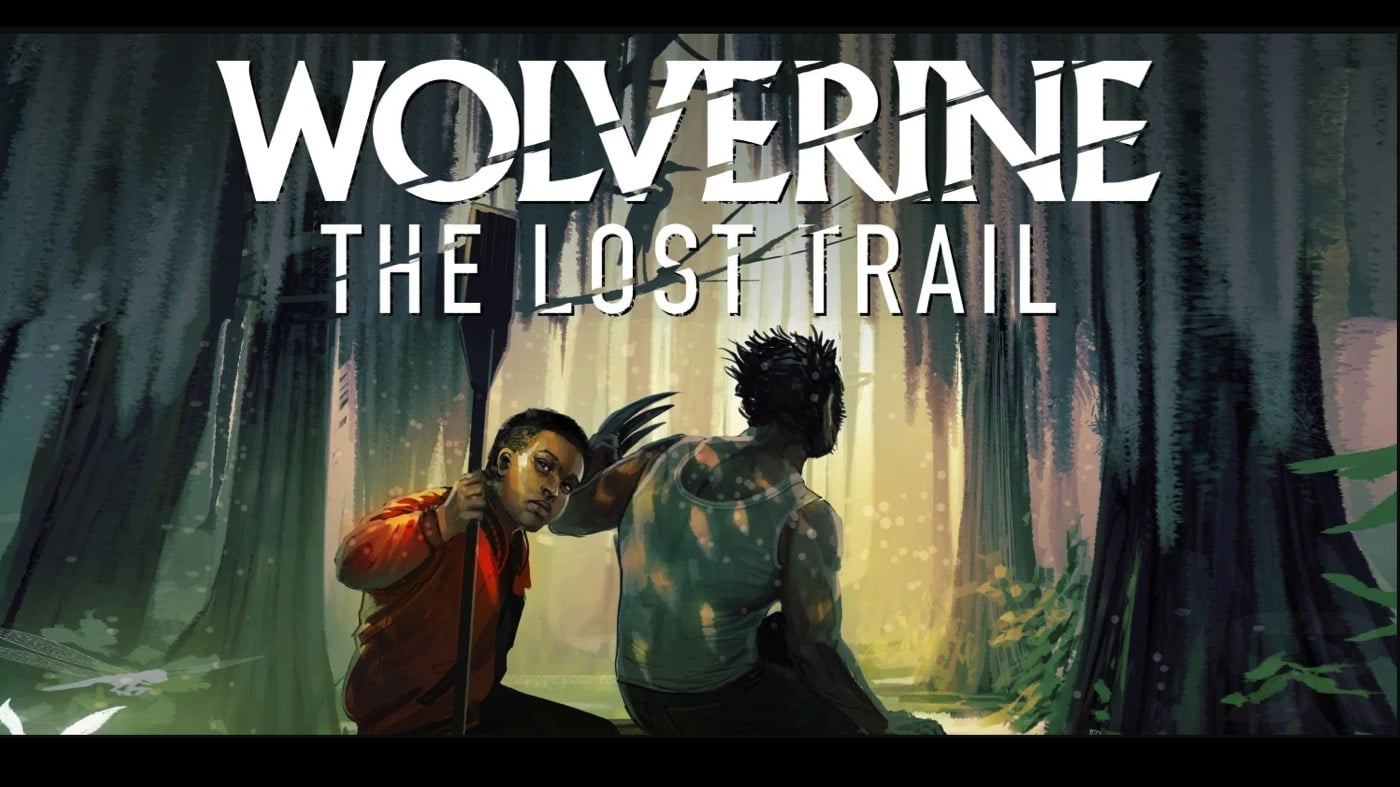 Airing It Out: How Toilet Yoga Impacted Our Family

The Many Lives of Black Canary