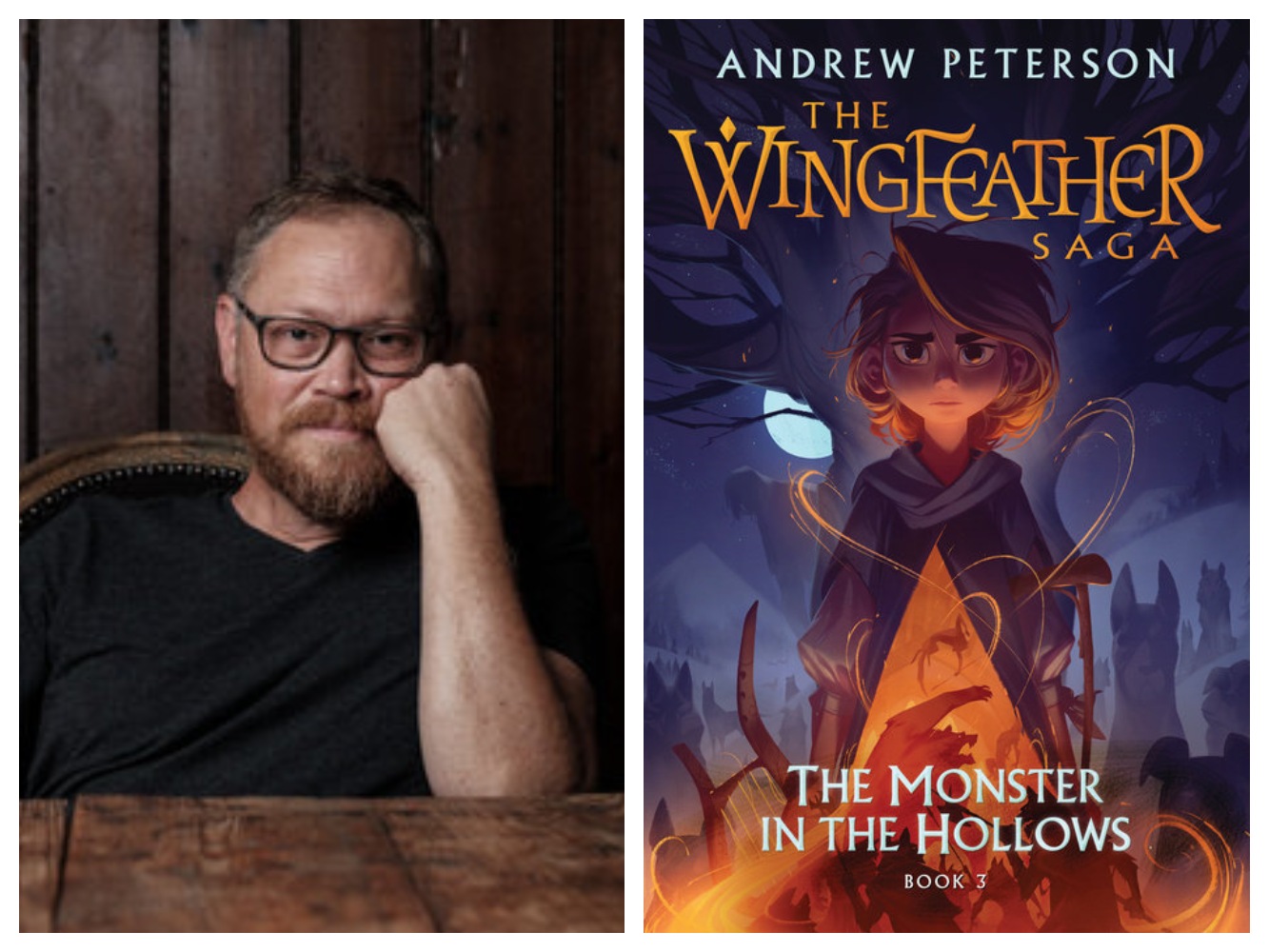 The Monster in the Hollows picks up where we left the Igiby family at the end of North! Or Be Eaten, which is still one of the best titles for an adventure book ever. Aboard their boat sailing for the Green Hollows, the Igiby children get their first glimpse of their homeland. In the distance, they can see no land, but they can see smoke rising from the fire that is still burning nine years after Anniera was set ablaze by the evil Gnag the Nameless. Their arrival at the Green Hollows is soothed by the music of the song maiden, but it is still a bumpy arrival. The people have grown hardened over the years. While their land never fell to the Fang army, their borders grew tighter, their hearts colder. The arrival of the Igiby’s with the winged Throne Warden, and the Wolf King, is immediately under suspicion. Nia Wingfeather steps into her role as the Queen of Anniera and pledges her own life for her youngest son. Now Kalmar’s fate, Kalmar’s actions, are directly linked, by some kind of blood oath, to his mother’s. If he is to be punished she will receive the same punishment.

After they have arrived and been given permission to stay, they discover that their ancestral home on their mother’s side is still there and is still theirs. Along with an old friend, they settle into life with the Hollowsfolk. The children find and fight for their place at school. The Queen’s heart learns to beat again. Oskar N Reteep begins to translate the first book with more vim and vigor. Janner begins to think that they might know peace here.

All he really wanted were good books to read, a warm bed, and his family and friends near.

But, of course, the evil still lurks in the west. Anniera still burns. The borders of The Hollows are still plagued by the cloven and other unnatural beasts. And within their lands are enemies that smell sweet but are fouler by far. When Kalmar makes some secret decisions, he places his entire family in danger. As a result of his actions, more is drawn into the light than we could ever have known was hiding in the darkness, and the future becomes something else entirely.

The third installment of The Wingfeather Saga is gripping from the first to the last page. Things we thought we knew are upended, and things we had long hoped for are attained and then dashed to pieces. Yet, as much of the development of the story of Anniera is engaging, it is the stories of the female characters in the saga that are the most interesting and best developed in this installment.

In Nia Wingfeather we are given a Queen to rally behind, then shown how you can be a Queen, a mother, a friend, and interestingly enough, a lover, all without sacrificing any part of your character. She remains one of the strongest characters in this saga, and I am seriously contemplating some cosplay this Halloween if I can get my family on board. The culmination of the events of this book are devastating for her, and I am keenly anticipating where she goes after this.

Leeli Wingfeather is given the chance to shine in this book, finding her true calling in life. It is a joy to read as her talents are explored, and as the adults around her build her up, recognizing her gifts and encouraging her to pursue them. The teachers at the school are remarkable. They treat their young charges as valuable contributors to society whilst educating them. Some of the scenes with the boys in training are amongst the best Peterson has written so far, but it is the relationships that Leeli builds that ultimately provide the most aid to the family and enjoyment to the reader. The O’Sally boys are everything their name sounds like they should be.

Then we come to Sara Cobbler. Sara was a throwaway line in the first book. The name of a child taken by the black carriage, seemingly just to show the evils that lurked in the night. In North! Or Be Eaten we come across Sara in the fork factory at Dugtown, and she helps Janner in his escape. In The Monster in the Hollows Sara becomes her own hero, the director of her own fate, and in many ways the leader of a whole new nation. Her character development is perhaps my favorite. Imagine Hermione Granger, but with more pluck, more danger, and fewer boys. Sara Cobbler’s character arc, and her ultimate showdown, receives a lot of chapter space in this book, and rightly so. When you are with her, you are never too eager to get back to what is transpiring in the Green Hollows. You want to be with Sara, you want to be Sara.

This book definitely finds a better balance between male and female characters, and while Janner and Kalmar develop, it is the growth and strength of the various female characters that really stand out here. Nia’s relationship with her childhood friend. Leeli’s growing position in her guild. Sara, just for Sara alone.

She wanted them to know it was better to fight and lose than to sink away into nothingness under the Overseer’s evil grin.

Unfortunately, Peterson does not continue with his delightful footnotes in this book, but there are still some gems in the appendices which he uses to help further our history of this world. Indeed throughout this book, we are given more history, whether through the studies of Oskar N Reteep, the recollections of Artham, or the relationships between Nia and the Hollowsfolk.

If North! Or Be Eaten showed us a world outside of Glipwood, The Monster in the Hollows shows us just how interconnected everything and everyone actually is. Whether they know it or not, whether they accept it or not, the fate of the Annierans is directly tied to that of the Hollowsfolk, the Stranders, and even the dark beings that lurk in the forest. It isn’t just the distant smoke that hovers over them. More than anything, however, Peterson shows us that there is always hope.

This saga shows us what can be accomplished when good people step up, when good people start speaking out, when we fight for what is right despite our own personal comfort. It’s a great book to read as a family this year and is certainly the tonic that I needed right now. Alas, not nearly enough Sea Dragons in this book.

The third installment of Andrew Peterson’s The Wingfeather Saga is re-released this October, in hardcover for the first time. With the same stunning illustrations as the first two re-releases, it is a delightful world to discover. There is still time to pre-order and get all the goodies being offered by the publisher. 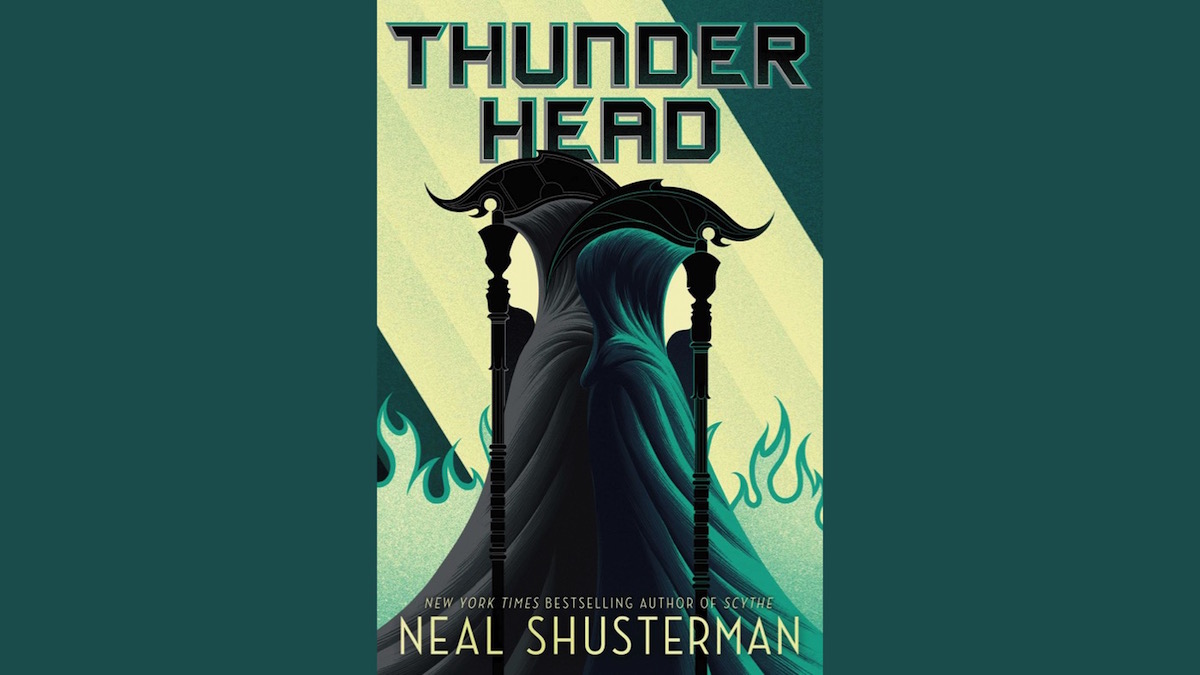 Between the Bookends: July 2015