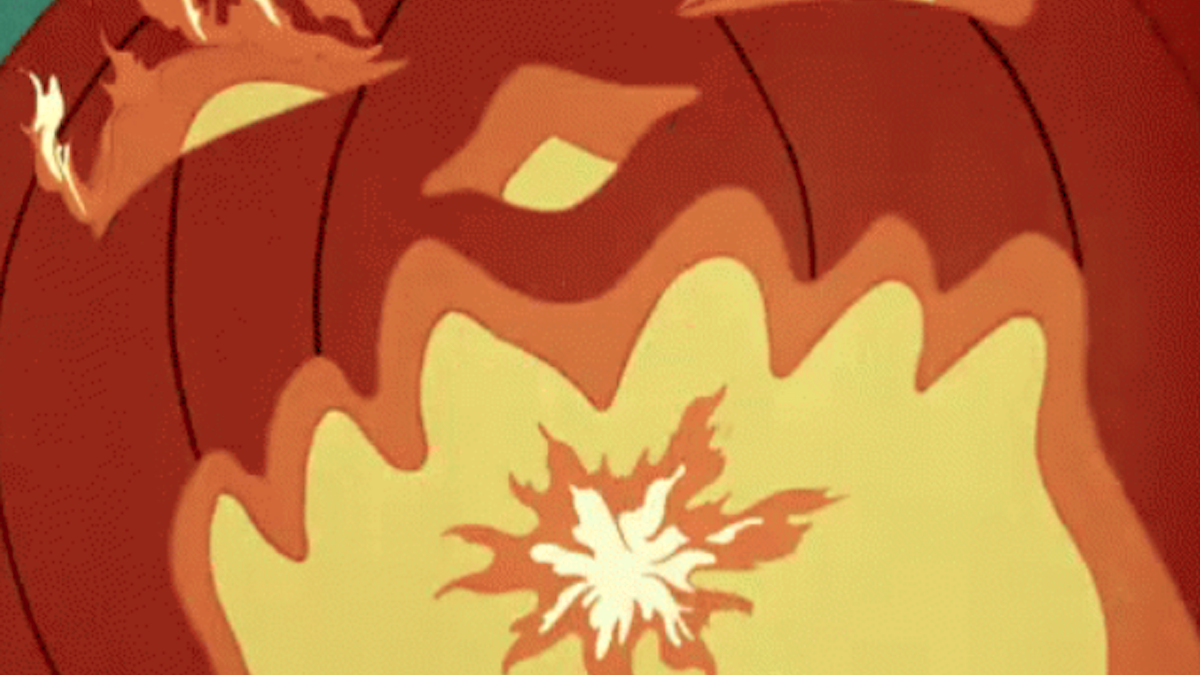 As the appearance of the robin is one of the first signs of spring in many areas, the emerging of the pumpkins—and pumpkin-flavored food and beverage—seems to be a large (and most often) orange indication that fall and fall observances are upon us.

According to sites like History.com, more than 1.5 billion pounds of pumpkins are produced in the United States each year, which isn’t surprising as this particular gourd is indigenous to the western hemisphere and has been grown in North America for five thousand years. (Yes, you read that right.)

Pumpkins and jack-o-lanterns have also found their way into the pop culture, literary, and the geekier realms, as well as folklore. As autumn creeps upon us, here are 15 completely random facts about these brightly colored seasonal gourds in fiction.

1. The animated seasonal favorite and testament to childhood faith and disappointments, It’s the Great Pumpkin Charlie Brown, has been around since 1966, and Linus has yet to see his pumpkin hero rise from the pumpkin patch. However, Charlie Brown has received plenty of “sympathy candy” from kids, who mailed candy to the studio for several years after the special first aired.

2. Last fall, we talked about Jack Skellington and some other “random and geeky facts about skeletons,” but since Jack is “The Pumpkin King,” Halloweentown is filled with pumpkins. To help make him feel at home in the Haunted Mansion overlay, more than 400 flicker lights and 100 jack-o-lanterns are added to the mansion each Halloween and Christmas season. Not to mention thousands of feet of black holiday garland.

3. Marvel villain Green Goblin (Norman Osborn) first lobbed his famous “pumpkin bombs” at Spider-Man and Fantastic Four’s Human Touch during a confrontation at the Avenue Dinner Club, and they have been a favorite weapon of his ever since. These versatile little jack-o-lantern shaped grenades have been used to blow up several buildings and landmarks, but have also been modified as such weapons as gas bombs and stun bombs.

4. The mythical figure of a headless rider has been around since the Middle Ages, but they are usually seen either holding their severed head or missing it altogether. The jack-o-lantern head came into play in Washington Irving’s 1820 story The Legend of Sleepy Hollow. It told of the fallen Hessian soldier frantically searching for his lost head but picking up a jack-o-lantern as temporary replacement and weapon. This depiction has been so popular thanks to sources like Walt Disney and Tim Burton, it is hard to think of him without that flaming pumpkin head.

5. The corner perch Jamie Lee Curtis’s character, Laurie, sits on holding a pumpkin in the 1978 John Carpenter film Halloween is still one that fans love to recreate on location. This Pasadena home is privately owned, but the owners have been known to leave a “prop pumpkin” in a bucket out front for those who want to sit on the same perch and snap a quick pic. Check out “sick pic” expert Justin Scarred’s visit to this and other Halloween filming locales:

6. In another famous themed horror film, Trick ‘r Treat, little pajama-wearing creepy enforcer of Halloween rules and regulations, Samhain, reveals he has a jack-o-lantern-like skull hidden beneath his burlap mask… which the film’s director Michael Dougherty described as “a cross between an embryo and pumpkin.” We never see the contents of Sam’s trick-or-treat goodie sack, but his pumpkin-shaped lollipop is always visible.

7. The dark origins of classic nursery rhymes are often debated, and this includes the American rhyme of “Peter Peter Pumpkin Eater,” who kept his wife stashed in a pumpkin shell. One source, The Odyssey, said this was a gruesome warning against disloyalty in marriage, where Peter’s wife is a prostitute. Apparently, cruelly stuffing a spouse in a pumpkin to hide them away was less frowned upon than getting a divorce.

8. Cinderella’s “Pumpkin Coach” marks an important pumpkin landmark in literature, as it said to be the first time the word “pumpkin”  is used in a fairy tale. The word evolved from the world “pompion,” which in itself is an English translation of something French explorer Jacques Cartier said; he used the phrase “gros melons” to refer to his first seeing pumpkins in 1584.

9. The 13-issue, year-long fan-favorite comic series, Batman: The Long Halloween, debuted in 1996, featuring artist Tim Sale’s now-famous “Batman-mouthed jack-o-lantern” on the cover. Several elements of this story have been used in various television and movie Batman adaptations. An animated version of the actual story is currently in development with a possible release in 2021.

Here’s an easy template of the bat-pumpkin to get an early jump on the season. 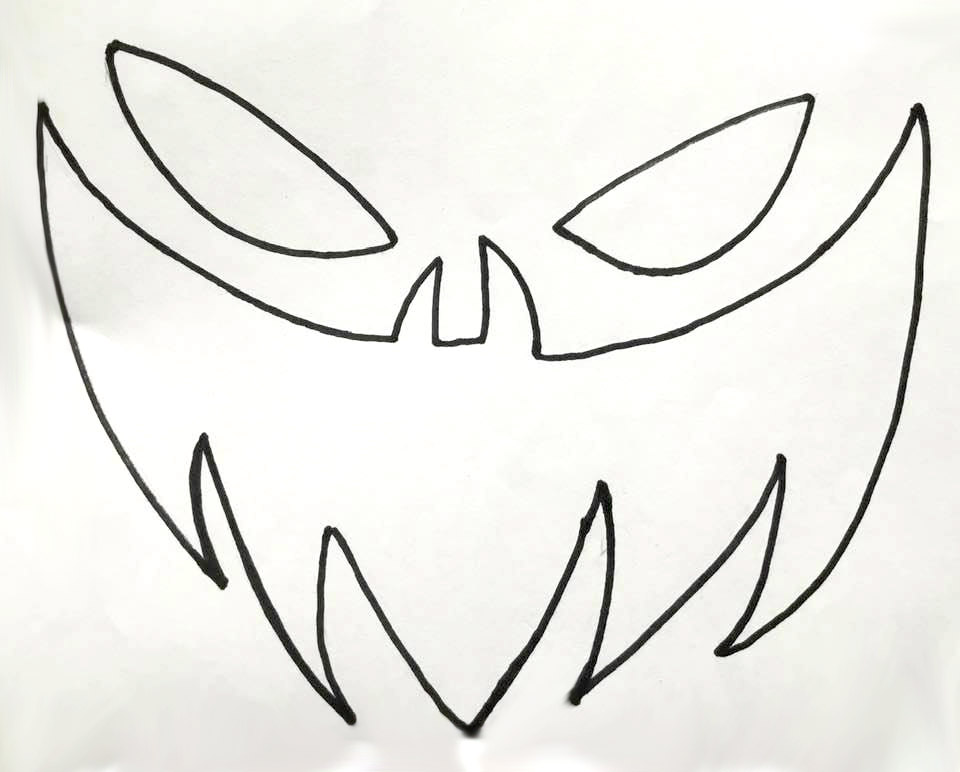 10. Another classic tale featuring a pumpkin is the 1852 Nathaniel Hawthorne tale, Feathertop. “Feathertop” is the name of a pumpkin-headed scarecrow built by a witch to protect her garden… and for some reason decides to bring him to life with a “human” to woo the daughter of the judge. The daughter falls in love with him, until she faints after seeing his true reflection in a mirror. He doesn’t take this rejection well and kills himself. In the comic series Fables, Feathertop is recruited to help Snow White search for and bring Bigby Wolf to live in the Mundy (mortal human) world.

11. The bizarre tacky-suited Saturday Night Live character, David S. Pumpkins (portrayed by Tom Hanks), was introduced as part of the sketch “Haunted Elevator,” and was so well received by fans Hanks appeared later in the season for a “rap video,” and his own animated 30-minute special gained an Emmy nomination for Outstanding Guest Actor in a Comedy Sketch and a special seasonal “redress” for his wax figure at Madame Tussauds in Orlando. Not bad for a character wearing a $13 costume purchased from Party City.

12. The alternative band Smashing Pumpkins won’t often give a straight or serious answer to the origin of their name, although former bass player D’Arcy Wretzky said in a 1993 Washington Post interview it was “just a joke.” However, she did say the word “smashing” was not a verb but an adjective.

13. One of the main characters in L. Frank Baum’s second Oz book, The Marvelous Land of Oz, is Jack Pumpkinhead, a tree-like wooden figure with a pumpkin jack-o-lantern for a head. Jack was first created as “scarecrow” by a little boy named Tip to scare Mombi, a witch holding him captive. However, when Mombi saw it, she used magic powder to bring him to life. He has appeared in animated and live-action Oz movies (including Return to Oz, where he was voiced by Brian Henson), and has even been a resistance or freedom fighter in some darker comic series such as in Fables or the 1995 Oz comic.

14. There are many characters who were heavily influenced by Jack Pumpkinhead, and this includes the Marvel villain Lord Pumpkin, who was created by a wizard as a “playmate” for a bratty, abusive, medieval prince. The pumpkin finally rebelled and overthrew the kingdom, and travels around the various Marvel universes looking for worlds to conquer. Since he is an accomplished sorcerer and can breathe fire, he isn’t a pumpkin to be trifled with.

15. Neil Gaiman’s Sandman world has included dark and fascinating twists on everything from Biblical and mythical characters to emotions and folklore favorites. Mervyn Pumpkinhead, who looks like a working-class Jack Pumpkinhead, is the sarcastic head of demolition in the dreamworld, (aka The Dreaming). In one of Merv’s past European incarnations, he was depicted with a turnip for a head, which is a shout-out to the history of the jack-o-lantern, as they were first made from turnips before the practice was taken up in North America.

Whether we are ready for the haunts of Halloween, harvest season of fall, or are already tired of the onslaught of pumpkin spice flavored everything, the pumpkin has settled in for the season. The landscape—and storytelling—is all the more colorful for it.

Airing It Out: How Toilet Yoga Impacted Our Family