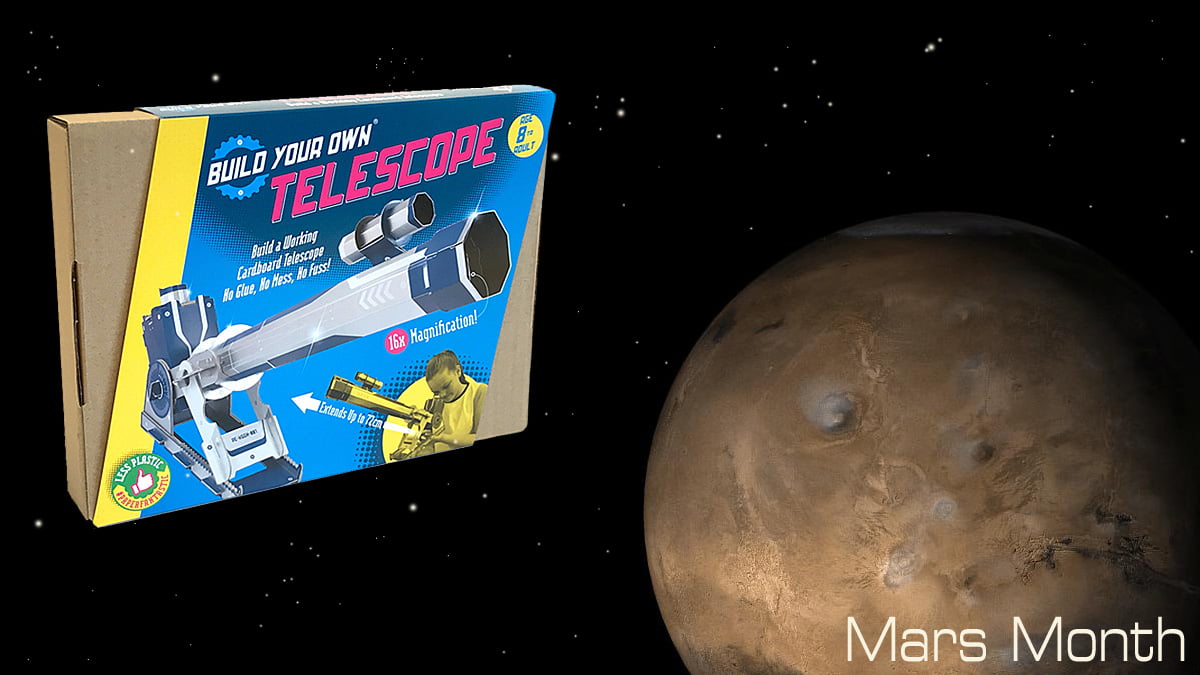 20Build Your Own Cardboard Telescope, Box Image Build Your Own Kits, Mars Image NASAThroughout July, GeekMom is preparing for the planned launch of the Perseverance rover on July 20th with Mars Month, a month filled with Mars-themed content. Be sure to follow the Mars Month tag to find all of this month’s content so far in one place. Today I am reviewing Build Your Own Telescope – an eco-friendly cardboard telescope kit.

What is the Build Your Own Telescope Kit?

As you might be able to guess, the Build Your Own Telescope kit is an eco-friendly kit that will allow you and your kids to put together your very own telescope using pre-cut cardboard pieces. Unlike other cardboard telescope crafts you might see online, however, this one will result in a full, working telescope of your very own. The kit is recommended for kids aged eight and up.

No official components list is available but here is an approximate one:

All the main components in this kit are made from cardboard and are ready to press out from their sheets without the need for scissors. The pieces are clearly labeled to make it easy to know which one to use next and are great quality – we didn’t have a single tear while building our telescope.

As you would expect from a kit that pushes its eco-friendly credentials, there is no plastic here whatsoever. The box is made from cardboard and even the mirror and tenses were carefully packaged in tissue paper rather than plastic bags or bubble wrap. The box was also very well-seized with no wasted space. The only improvement that could have been made was to print some of the components onto the box itself rather than having outer packing that is disposed of.

My ten-year-old son and I spent an afternoon constructing our cardboard telescope a few weeks into lockdown, and it was a fantastic way to pass a damp couple of hours. From beginning to end, the project took us around two hours to complete, long enough to feel like a challenge but not so long that my son and his video-game addled brain got bored!

The instructions were very clear and easy to follow which meant we avoided any frustrations with having to take things apart and rebuild them. A QR code is included that links to a set of video instructions and we found ourselves frequently referring to these for alternative angles from the black and white diagrams in the printed instructions.

The vast majority of the components fitted together very well, leaving us with a sturdy finished product. We did, however, resort to a few bits of Sellotape here and there to lend an extra element of support, particularly on the long tube which did want to pop itself apart on occasion.

Unfortunately, this was the point where we began to struggle.

First things first, let me be very clear that the telescope does work – to a point at least. We have seen things through it and those things have been significantly magnified. The mechanism to raise or lower the angle of the scope works perfectly, and the tube slides easily up and down to allow for focusing. Sadly though, pretty much the only thing we have been able to find is the brickwork on the house across the street!

The cardboard structure means that the lenses can be very easily misaligned which makes it incredibly hard to line it up properly or make any sort of adjustments. After failing to find anything at night beyond blackness, I tried setting it up on a cloudy day to try and spot more easily distinguishable objects like a nearby tree or a chimney on a neighboring roof, even this was supremely difficult because of the tube not being perfectly straight as it would be in a store-bought telescope. After a few uses, the lenses had become misaligned so the field of view was even narrower than it had been to start with. Adjusting it would mean taking large parts of the telescope apart which concerned me because doing so would quickly start to wear out the slots.

At any other time, I would have asked a friend who is more experienced using telescopes to have a go themselves and give their feedback on the ease of use compared to a store-bought scope, but thanks to COVID-19, this has not been possible. It is therefore entirely possible that with a more experienced hand, you would be able to see great things through this cardboard telescope. However, as this kit is likely to be bought by parents who are very likely to have never used one before, the difficulty I experienced seems likely to be commonplace. There are some instructions provided to help you with aligning and focusing the telescope and these are a great first step if you are also finding it difficult.

Putting together this Build Your Own Telescope was a lot of fun. It was easy enough to put together while still providing a challenge at times, and in doing so my son and I were able to learn a lot about the mechanisms behind how telescopes work. For this reason alone, I would still recommend the cardboard telescope kit. The Build Your Own team also has other kits available including a Plane Launcher for paper planes and a forthcoming Microscope and I am very keen to give these a try after our experiences building this kit – the launcher in particular! Despite this, difficulty in actually using the telescope was still a major letdown and something parents will want to consider if they have kids who are likely to be frustrated or upset should they also struggle to see anything through it.

While this was a great construction project for an afternoon, we will be sticking to our standard binoculars for future stargazing for the foreseeable future. 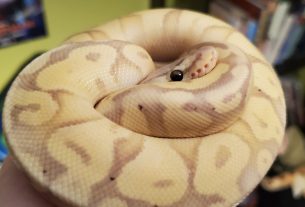 Snakes Are Cool! Did You Celebrate?

2 thoughts on “Mars Month: Build Your Own Cardboard Telescope Kit”