While writing up Comic Book Corner last week, I noticed I was only three posts away from 200 on GeekMom. Wow! It feels like only yesterday when I checked my spam folder to find an email from a GeekMom editor asking me if I wanted to join up with them. I was floored that 1.) if I hadn’t checked my spam folder that day I would have missed out on one heck of an opportunity and 2.) I had been selected out of what I can only assume, was a ton of letters asking to join up.

Since then, I’ve had some amazing experiences and opportunities to write about everything I’m passionate about, from comics to products to life experiences. I’ve also had the chance to interview celebrities and alike.

I’ve been thinking back about my favorite experiences so far, and just in case you missed any of them, I’d like to present to you with my favorite posts that I’ve had the pleasure of writing this past year and a half.

The first post I think of when I think back to the past year in a half is my first successful post, DC Comics New 52: A Newbies Point Of View. Before we moved to Wired, there were some really cool comments from encouraging to trolls on this one. The trolls made me realize that jerks occur in all walks of life, and geeks are not immune to having to deal with them. The friendlier comments encouraged my new love of comic books and some of them even backed me up against the trolls.

A few days after it was up on the site, one of my fellow GeekMoms realized that DC Comics was sharing it on their social networking sites. I had a total geekgasm (is that a word?). This write-up led to me looking DC Comics up at Megcon in 2012, where I talked with both Tony Bedard and Dan Didio about my experiences as being a newbie reading comic books.

Another post I’m rather proud of is more recent. Women in Technology: Get With the Picture was inspired by a post I saw on CNET about women in the technology field. I guess you can say I disagreed with the author to the point that I decided to point out what I thought the problem was in terms of the lack of women in STEM related fields.

I had no idea how well it would take off until I woke up to find that, after only being live for an hour, it had already been tweeted over 80 times. Later, I saw it take its place on Wired’s main page (a huge honor). Comments continued to come in months after the post went live and we had a mix of loud dissenters, as well as men and women who politely either agreed or disagreed with each other. If my memory serves me correctly, this post took me the longest, at over three months, to put together the way I wanted it.

Interviews are always fun, but for a while, I was a bit too intimidated to talk to anyone, so I conducted them all through email. This is probably one of my biggest regrets, because after speaking with Cort Lane this past January, I realized doing interviews over the phone wasn’t so bad. It was my interview with Hoon Lee and Kelly Hu that finally put me at ease when it came to talking to actors on the phone (Hoon Lee did his Splinter voice for me and I made it one of my phone alerts!).

After shooting the breeze with both of them, I realized that they were people just like me and I was able to show that in both of my interviews with them. Looking back, I would love to have a chance to redo some of the other interviews I’ve done including Yuri Lowenthal and Axel Alonso. I’ve also been on the lookout for other people I’d like to interview, and now I jump at the chance to talk to people who help bring my favorite characters to life.

Of all the interviews I’ve done, I would have to say the deepest interview I’ve done is with Pat Shand, the writer for Zenescope’s Robyn Hood comic book series. The most “interesting” would be a tie between Chubbs the Wampug and R2-KT.

I’m also a fan of using my GeekMom powers for good causes, and I did just that with Ian Keisacker. I first learned about Ian through the 501st forums after his father posted up asking members to help his son make his goal of $500 for a St. Baldricks fundraiser. I wasn’t sure how much a post would help Ian raise his goal, but I figured it was worth a shot. I reached out to his dad on the boards and after some research on Ian’s online diary, and after some emails back and forth with his dad, I had a post I was proud of.

This was the hardest post I’d written at this point and I had to stop more than once due to my keyboard getting wet from my tears.  It was hard, but in the end, it was worth it. Thanks to the readers and the 501st Legion for sharing the post on social networking sites, Ian not only raised his goal, he destroyed it and raised over $1,100 for cancer research!

My most personal post is definitely my Anxiety and the Geek post. Before GeekMom, I didn’t have the strength to talk about my personal battles, but I felt this one needed to be told. Through writing it and posting it, I learned I’m not alone in this battle and I have people in my life fighting it as well that are there to help me when I need them.

Comic Book Corner is something I’ve very proud of. For those of you who are not familar with it, Comic Book Corner is a weekly comic book segment that I put together, along with my fellow GeekMoms. Complete with a list of the weeks new releases, this is my baby and I use it to help spread my love of comic books. The idea came to me after seeing the book club posts on the site and I wanted something for those of us who preferred their comic book heroes over the classics. It’s taken off, and every week we have contributions from different writers and who give insight into what they are reading. This is a great place to find new comic book suggestions–and I’ve taken more than a few of them myself. Comic Book Corner’s Comic Books for Kids post was a very popular, and I highly recommend anyone with children to check it out.

New Fantasyland was my first major press event and I couldn’t have been more excited to attend. Being a member of the press for this event made it and an adventure all its own. It was an amazing, memorable experience. The post itself took me some time because I wanted to make sure I included everything I could to give you all a great picture of what happened for the three days I was there.

Another post that comes to mind right now is my write up on Reading Rainbow because it’s one of the first “Twitter fires” I’d seen. Searching for this post on Twitter, I found dozens of people had tweeted the post and included the last line of my post in their tweet, “But you don’t have to take my word for it…” This was really cool for me because it meant my last line did exactly what I wanted it to do–it got people’s attention (and being retweeted by Levar Burton was really cool, too).

Star Wars Weekends is one of the biggest troops that we do in the Florida Garrison (501st Legion), and this past year, I took the time out to give some amazing costumers a shout out with my Star Wars Weekends 2012: Awesome Costume Firsts post. It takes a lot of work and dedication to build these costumes, so I felt it only fitting that I show them off to everyone I could. I also wanted to give a special thanks to everyone that helped me pull off my own weekends first costume and felt there was no better place than on GeekMom.

The Deedpool Corps is nothing to special except for the fact that it let me learn about Squirrelpool–the deadly squirrel assassin member of the Deadpool Corps. I first saw this little guy in an advertisement for a collectors series that included him as a bonus figure. I reached out to Sideshow Collectibles to find out more about the character and what made him so special. In the process I learned a little bit more about this furry little guy who was cute, but deadly. Why does this make the list? Because I did it for pure fun. The pageviews were next to nothing compared to the other posts on this list, but that doesn’t really matter to me as much as how much fun I had writing it.

On top of of my favorite posts, I’ve also had some great experiences that I could never have had if I wasn’t a GeekMom writer. This past year alone I had the privilege to go to Megacon and Star Wars Celebration VI as a member of the press. I also had the chance to meet Mythbusters Adam and Jamie. I was also given an amazing Mother’s Day weekend at Gaylord Palms (my husband is still trying to find a way to top it this year) and I’ve reviewed some great products from ThinkGeek, Lego and Hasbro (to name a few). I’ve also taken a stand against bullying when some of my friends and fellow 501st Legion/Rebel Legion friends were attacked in a slideshow on a local news station’s website.

As you can see, I get to have a lot of fun here on GeekMom.

Some of the posts I write might not always take off, but that doesn’t take away the fun I have in writing them or the pleasure I get from the positive or thought provoking comments you leave for me to read. As sad as it sounds, I feel like I’m waiting by the phone for a date after every post goes live. Why? Because I love hearing from our readers and I love that you take the time to write a comment or shoot me an email to tell me your thoughts.

I have some awesome things planned for this year, some of them coming up very soon after this post goes live, so please check back often. You never know what fun and amazing things myself and the other GeekMoms have in store for you. Cheers to my first 200 posts and all the things I’ve learned since starting. Here’s to another 200 more to come! 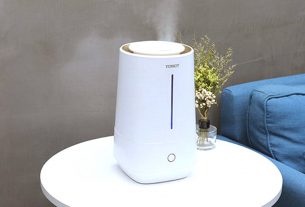 Anxiety and the Geek