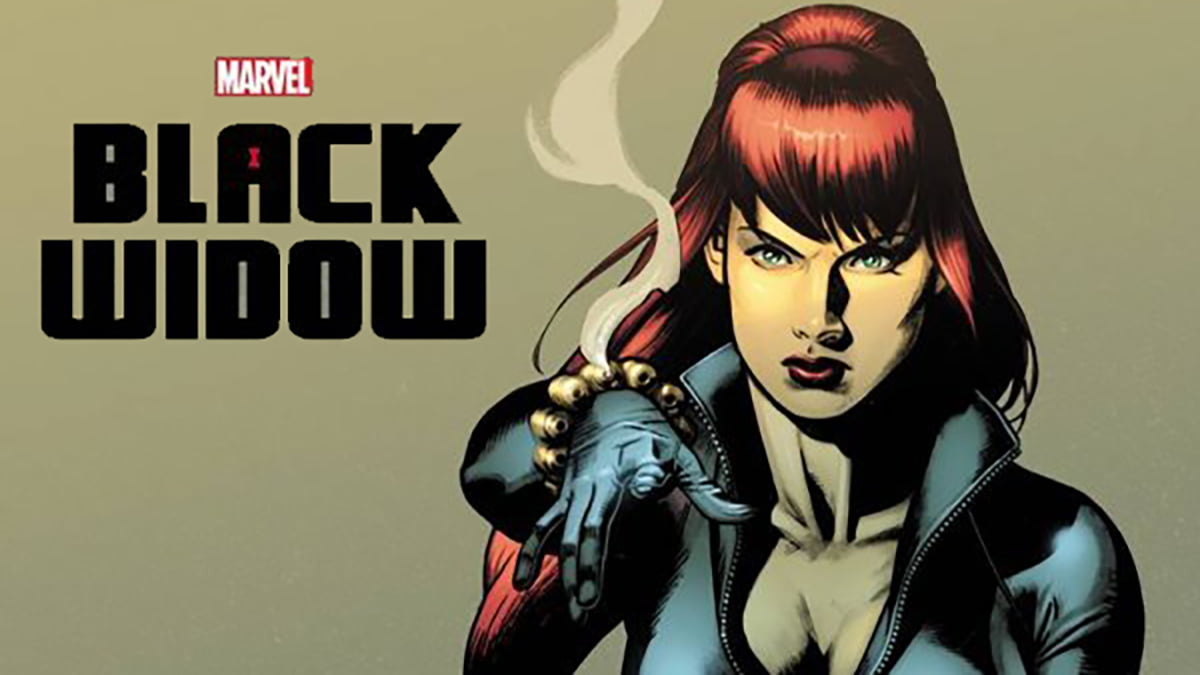 Black Widow #1 is every bit as beautiful, mysterious, intriguing, and exciting as the title character herself. Eisner-nominated Marvel comic writer Kelly Thompson opens this tale doing what she does best: crafting engaging stories about well rounded, 3-dimensional characters who kick @$$. In this case, Natasha, A.K.A Black Widow does so both literally and figuratively. This new Black Widow run looks to be another short run and Thompson is not wasting a moment of it. In less than 30 pages, Thompson shows us as many sides of Nat as we saw in ten years of MCU movies. Thompson is the writer the Black Widow deserves, now if they could just make this ongoing run last for a few years.

Before I go any further – full disclosure: Technically, I’m not supposed to have this book but I purchased a copy and I loved it too much NOT to review it.  I will blame my love for Kelly Thompson.

If you see it and you can get it – go for it. As I understand it, it will be rare until it gets a full wide release in the fall (Sept/Oct).

Spoiler Warning: If you have not read Black Widow #1 There May Be Spoilers Below

Natalia Alianovna “Natasha” Romanova is the most famous/infamous alumni of a top-secret Soviet brainwashing and training program designed to turn young women into the world’s deadliest and most elite assassins. This super-spy turned avenger is a study in contradictions. Simultaneously cold and determined she has a softer side that few have been privileged to see. Black Widow #1 opens the Ties That Bind story in Classic Natasha style as she lays waste to a room of assailants…barefoot. Yes, I said barefoot.

She returns home from her mission to find that someone is in her apartment. Just another day in the life of the Black Widow until a minor miscalculation caused events to take a tragic turn. Three months later a sultry redhead goes about her daily life in the heart of San Francisco and wanders unaware past a newscaster doing a live report. Somewhere in Bedford Stuyvesant, Brooklyn Hawkeye chokes on his pizza and dials Bucky. Meanwhile, the redhead returns home to the man she loves with cold Dim Sum.

It’s easy to see why Kelly Thompson is one of Marvel’s top writers. Natasha remains recognizably herself, throughout the entire book while at the same time she is definitively different following the tragic events that occur at her apartment. The Natasha we encounter in San Francisco is a woman who is at peace with herself. Thompson is carefully to drop hints that Nat may not remember the woman she was before and yet that woman still seeps through in small ways. Pay close attention to the bike scenes.

Black Widow #1 mimics its title character in every way. The story moves fast but smoothly from the high-action, powerful opening to the traumatic events at Natasha’s home to a confusing but intriguing appearance months later of Nat or her doppelgänger leading an exceedingly normal but not necessarily boring life. Thompson shows us that wheels turning in the shadows, and a few of the players are introduced but even as the last page is turned, we find ourselves wondering what it all means. Thompson deftly lays the groundwork for a tale that’s going to have a far-reaching effect on not only Natasha but those closest to her. It’s a carefully laid, cleverly plotted set-up, and we can’t wait for the next issue.

“I prefer elegant but clever will do.” ~ Nat (20 stories about San Francisco)

Rising Star artist Elena Casagrande delivers an impressive performance in Black Widow #1. The action is smooth and dynamic. Her character designs pay homage to the classic Black Widow but with a fresher more modern feel. Each character’s expression beautifully detailed. Nat’s body language in San Francisco oozes confidence as she goes about her life, every movement and expression as she returns home with Dim Sun and a new bike absolutely oozes the serenity of a woman finally at peace with herself. Yet Casagrande cranked tension to 11 as three months earlier as Black Widow discovered an intruder in her apartment. Her secondary characters were equally expressive. Joe and “the boys” faces and posture played for amazing comedic effect thanks to their undeniably accurate transition from panic to relief. You could practically hear Clint choking on his pizza, and Bucky’s visage as he recalls dealing with a non-compliant Black Widow speaks visual volumes.

Jordie Bellaire makes great use of colors throughout Black Widow #1.  Her use of red tones throughout Natasha’s initial encounter gave the event a subtle noir feel. Her palette choices complement and enhance Casagrande at every turn. On the whole, this is a great looking book.

If you are a Black Widow fan – buy this comic when it comes out. If you are a Marvel fan – buy this comic when it comes out. You know what, if you like high-action comics with intriguing plots – BUY THIS COMIC when it comes out. I don’t think I can say that enough. It’s no secret I’m a Kelly Thompson fan. I won’t even pretend I haven’t been waiting for this book to happen for a long time. I’ll repeat what I said earlier Thompson is the writer the Black Widow deserves. I’m all in on this title and excited for it to officially release and PLEASE, PLEASE, MARVEL – MAKE THIS A LONG RUN.

“Nat, Can you please never do that again? And put on the damn hard hat.” ~ Joe

I guess people aren’t used to flawless redheads that can dodge death even when they are 20 stories up, I’m not sure how the hard hat would help though.

Let me repeat – technically this issue isn’t out and yet it kind of is. If you can find one in your LCBS – buy it! The next issue is still listed as TBD for the release date by my sources. The digital version of Black Widow #1 does not appear to be available yet. 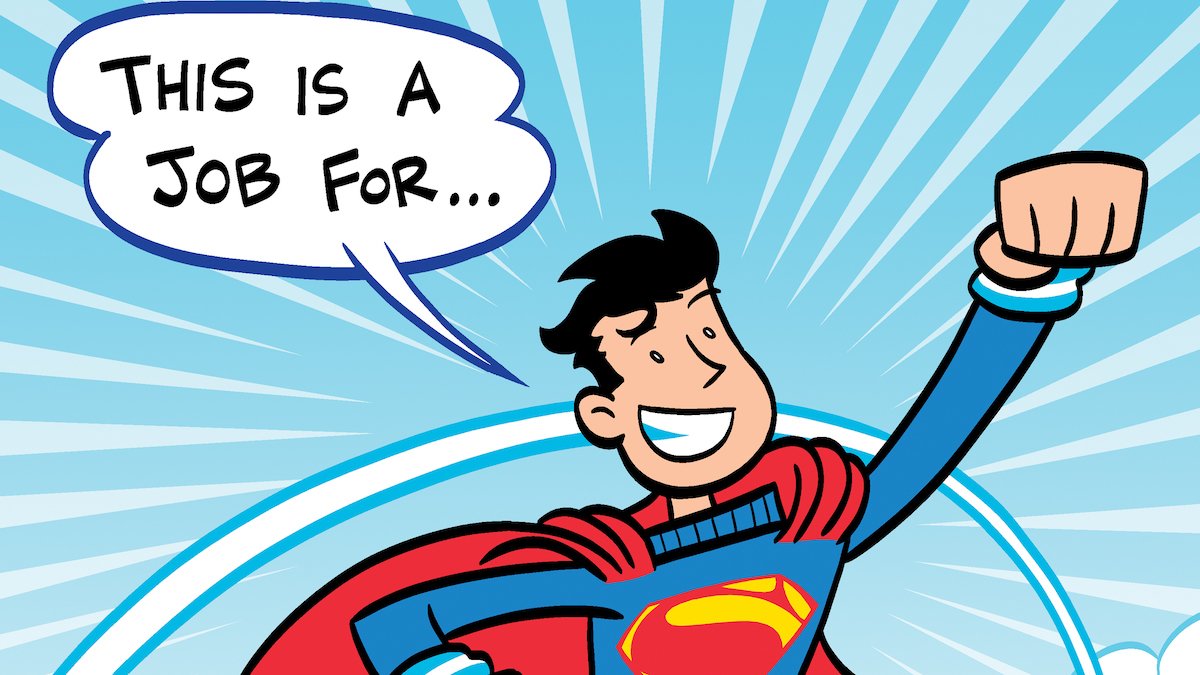