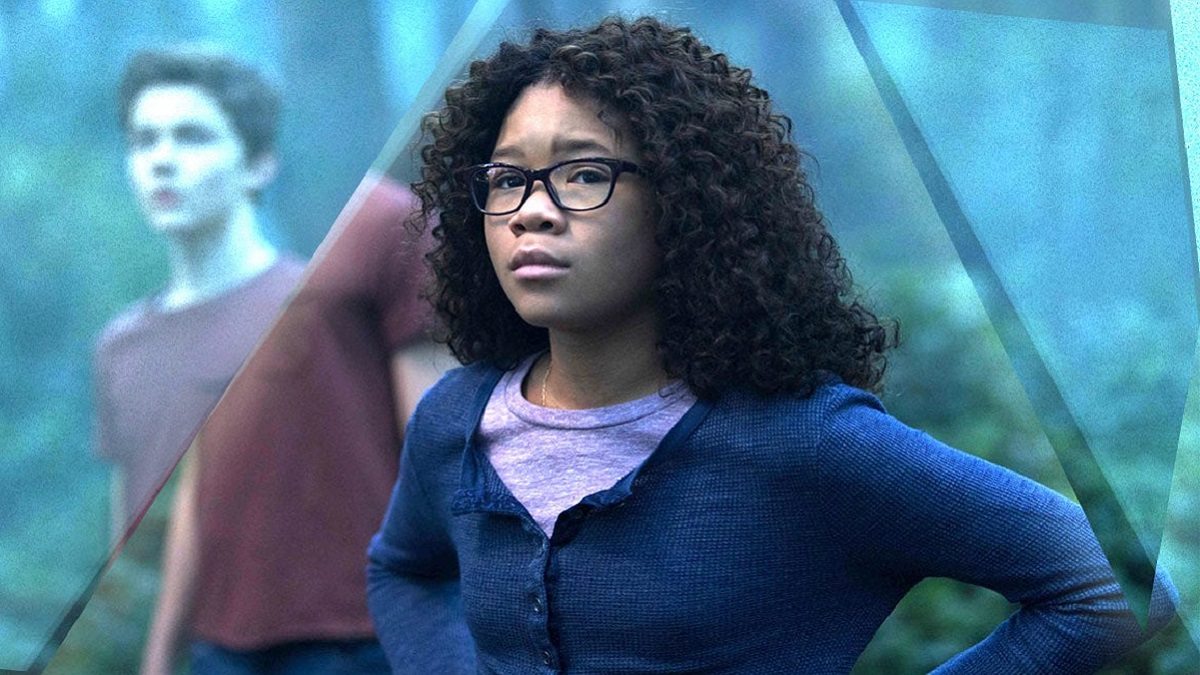 “If I have something I want to say that is too difficult for adults to swallow, then I will write it in a book for children.”–Madeleine L’Engle, A Circle of Quiet

When people say, “reviews are mixed,” we tend to interpret that as “reviews are bad.” In the case of the new movie of A Wrinkle In Time, “mixed” takes on a whole new level of meaning. There are reviews that are simply bad. But then there are other reviews that are glowing. There are many reviews that are, in and of themselves, mixed, though whether that gets interpreted as good or bad seems to have more to do with expectations than the movie itself. Here on the GeekFamily blogs we have had two mixed reviews: in “Ten Things,” Jim thinks it was pretty but didn’t really get it; in her review, Marziah thinks it’s lots of fun but cautions separating it from the book if you want to enjoy it.

As GeekMom Resident L’Engle Guru, it’s impossible for me to keep a fuzzy memory of the book in mind as I watch the movie. I have the book all but completely memorized (I do still need my sticky note annotations to find particular passages). I have been regaling you all with my deep, deep thoughts on the book for the past two months here and technically longer. But I also felt the need to see the movie ASAP so I can continue being the resident expert, so at first opportunity—Saturday night—I dragged my kids (ages almost-11 and almost-9) along with me to see it. And, dear Reader, I, Resident L’Engle Guru, unabashedly loved it. Okay, my review is technically “mixed,” too. I have some nitpicks. But my overarching reaction was and continues to be one of joyful delight.

But I’m not here today to give you my review of the movie. Here it is on my personal blog, if you’d like to read what the ultimate L’Engle nerd who-named-her-daughter-after-the-author has to say about it. I am here on GeekMom today to review… the reviews. And the trailers. The marketing and the buzz and the reactions in general.

I honestly think the movie was marketed wrong. I think the buzzmakers didn’t know how to direct the buzz, and left the potential audience confused about what it actually was they were going to see. Reading the myriad reviews, both good and bad, convinced me that the issue swings on two things: book fans vs. not, and cynics vs. young-at-hearts. And there’s a great deal of overlap between the two.

Contrary to Marziah’s suggestion, it doesn’t look like “wanting it to be too much like the book” is the source of the disappointed reviews. The negative reviews seem to come from people who claim not knowing the book, or having read the book once as a kid and not having it mean much to them. They wind up professing themselves “disappointed” in the movie, but what are they basing that disappointment on? They can’t compare it to the book. They were hoping to get something out of the movie that the previews and buzz had promised them, and they didn’t.

On the other hand, I have yet to see a negative review from a fan of the book. Oh, sure, we have nitpicks, but it’s impossible not to nitpick someone else’s adaptation of something you love. And almost universally, the glowing reviews have come from book fans. It’s funny, because leading up to the movie, we were the ones becoming more and more leery.

That was the exact word used by another book-fanatic friend of mine who hasn’t seen it yet. “The trailers have made me leery.” They’d started to make me leery, too. Why, in all the promos, did I never hear an actual line from the book? Adaptation is one thing, but there was no need to completely rewrite, not when the book had such beautiful language ripe for the taking. And did they or did they not seem to be avoiding the word “tesser”? “Wrinkle,” they said. THAT WAS SILLY, “tesseract” was far too iconic a term to strip from the adaptation even if the MCU had been using it themselves already. Did they think it would scare off the audience?

But “tesser” is there. The book, itself, is thoroughly there. The movie did good by the book, not by matching it word for word, scene for scene, but by nonetheless getting the book and making its themes and feelings present even in technically new scenes. I didn’t get any of that from the trailers. So maybe the trailers weren’t for already-fans. They were there to entice those people who didn’t know the book inside-out.

So why didn’t the finished movie help those people out a little more? I had a feeling, watching it, that the movie was skipping a lot of background information, but it was hard for me to measure, because my brain was automatically filling in the holes. Someone like Jim, in his “Ten Things” post, who’d never read the book, was left a whole lot more confused. Seems weird–they filmed a scene explaining a tesseract more clearly, it showed up in the trailer. It just wasn’t in the final version. So a whole swath of critics have been tripping over plot holes the more experienced readers don’t notice because they already know what’s going on. Okay, so maybe superfans aren’t the best mainstream critics.

For me, personally, every negative review I read before I saw it made me more excited, because the very things the critics didn’t like were the very things I’d been afraid had been missing.

But it’s not just a matter of book readers dodging plot holes. What people outside the children’s lit fandom may not realize is that Wrinkle has always been divisive. Yes, it’s one of the most beloved books of all time. But it’s also one of the most hated. You get it, or you don’t. When you get it, it’s life-changing. When you don’t get it, all the gushing love of the fans makes your disappointment in it hurt all the more, so your criticism becomes sharper. It’s polarizing. And a lot of the negative movie reviews have come from people who clearly would not have liked the book, either.

“I didn’t like the ending,” one of my best friends admitted, returning my copy of Wrinkle to me in the high school cafeteria. “Love is the answer?! What a cop-out!” Another friend who’d read the book and I exchanged a bewildered look. Our friend was far from the anti-love type. “How is that a cop-out? Of course Love is the answer!” the other friend protested. “That’s, like, the source of everything. God is Love, and all that.” The first friend, who’s always been on the religious side herself, looked a little self-conscious at that, but muttered, “It just seems too simple. I was expecting a little bit more.”

That was from one of my best friends, intelligent, faithful, and the same age as the characters in the book. Imagine a cynical, skeptical adult trying to digest that concept.

It may have been too little, too late, but Ava DuVernay told an interviewer at the premiere, “This is a movie for kids. And if you still have a kid in you, it might be for you, too. It’s not for cynics.” It was like a little warning to critics and grown-up attendees. If you have lost touch with the kid inside you, this movie is not for you.

But the buzz had already missed that fact. Maybe it was because DuVernay had never made such a movie: people saw her name and assumed it would be a heavy-hitting social issues art piece. Maybe it was Black Panther being edited across the hall, and people linking the two productions: two big-budget speculative fiction blockbusters showcasing diverse casts and crews! Both giant steps for representation in Hollywood! And maybe people assumed they were the same sort of movie, with the same sort of audience. Sure, I wanted to see both. But Black Panther and other superhero movies, Star Wars, Middle Earth: these are all grown-up movies that kids may like. A Wrinkle in Time is a kids’ movie that grownups may like (and a kids’ book that grownups may like, too). People were expecting a Marvel superhero adventure and instead they got the adventures of a 13-year-old* girl with low self-esteem.

It may not seem like a big difference, but there is one. It may seem hypocritical of me, because I’m a staunch proponent of grownups indulging in children’s media, and that a good kids’ book is a good book, period. My favorite books are kids’ books, and I know they can and should be enjoyed by grownups. But the mindsets are different. Kids’ media focuses through the eyes of kids. You can write a story about a ten-year-old or a sixteen-year-old, but if you’re writing it from the mindset of a 40-year-old, it’s not a kids’ story. You need to reach into what that ten or sixteen or whatever-year-old is feeling, understand their wants and needs, use your grownup life experience to show them their own experience in a broader context, but you have to do it from their point of view.

Kids’ stories empower kids. They show kids saving the day in their own young way. As I said the other week, this is one of the reasons I, as a grownup, prefer kids’ stories: there’s a sense of hope, a sense that the world can be saved, that gets lost in the grownup mindset. I love it, but those who’ve cut themselves off from children’s media might not know what to do with it. A Wrinkle In Time may have quantum physics, but it is, at its heart, the story of a girl learning to have confidence in herself.

Maybe that doesn’t seem like much. But to an awkward, quirky kid, it can mean the universe.

Sure, you don’t have to be in a story’s target audience to enjoy a story. Millions of people have enjoyed love songs actually written for one particular person. But that one person is going to experience that song on a completely different level. Maybe Disney got it wrong, attempting to advertise who this movie was made for, but that doesn’t change that to the right audience, it could be a perfect movie, indeed.

*I still maintain that book-Meg, as well as book-Calvin, is 14 and in 9th grade, but in this movie they are both clearly more middle school aged. 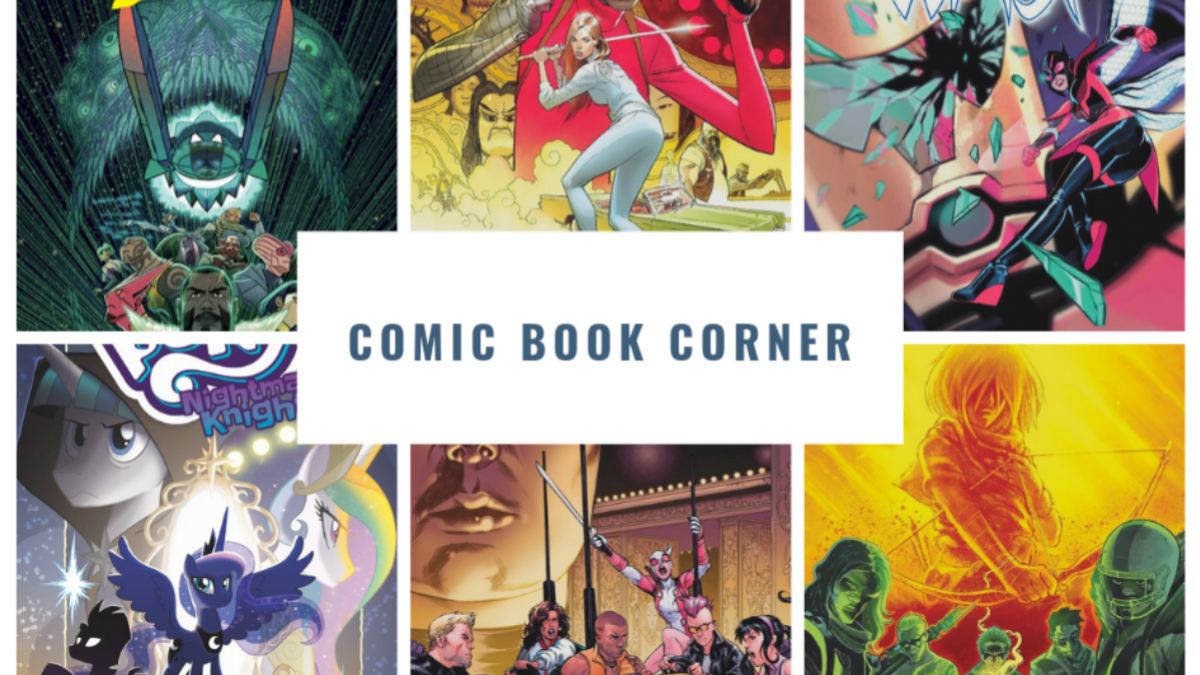 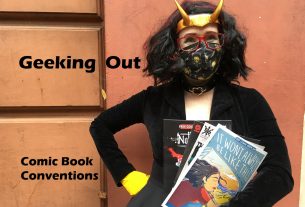