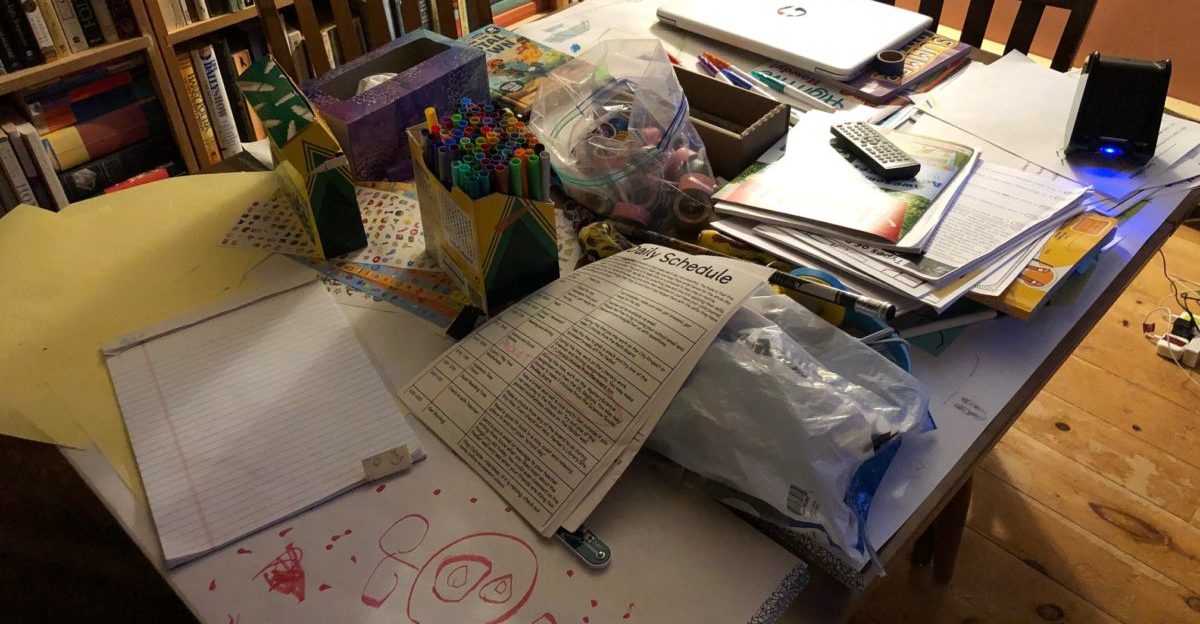 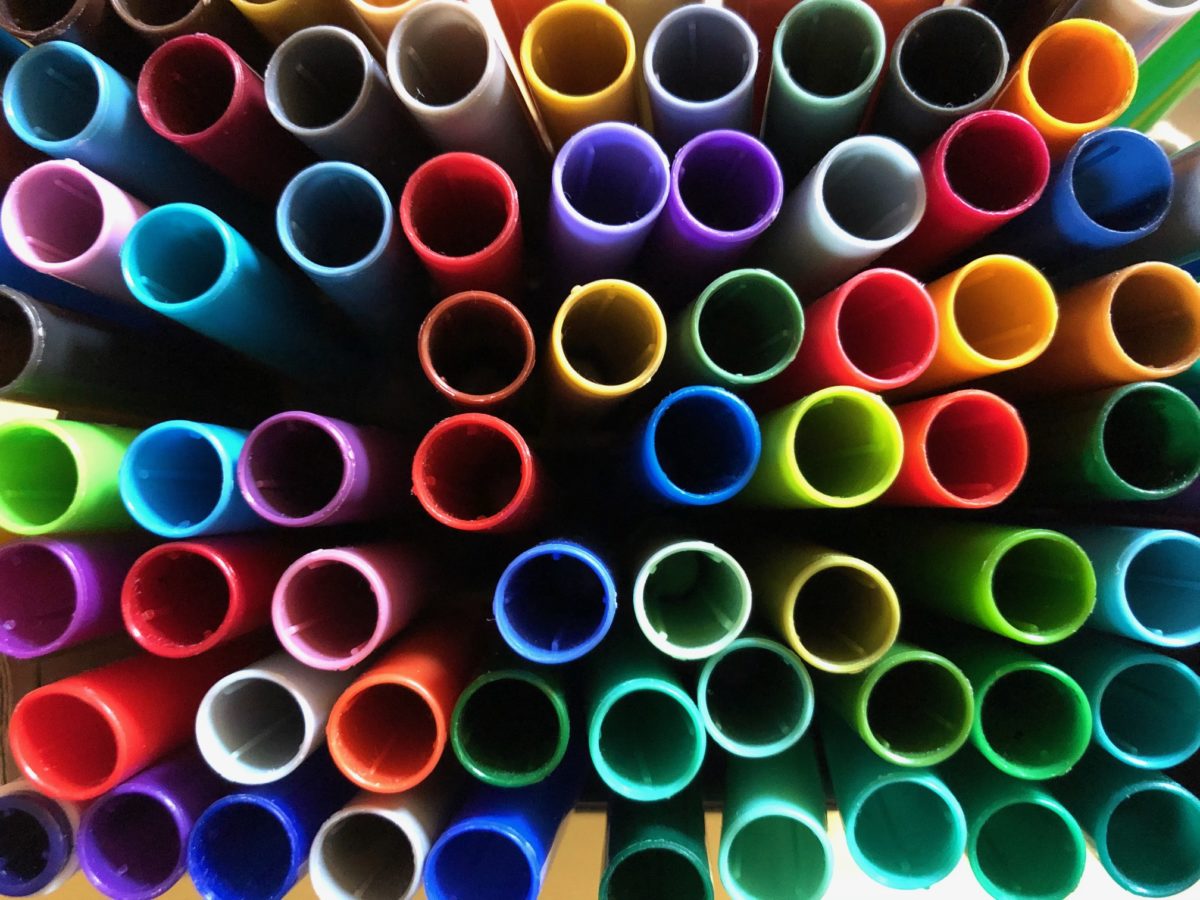 Much that once was is lost. We are down twelve markers, all stabbed to death by the four year old. My washi tape collection has been savaged. Any remnant of personal space or time that I once managed to achieve from my daughter is gone, long gone. There are seven balloons filled with flour somewhere in my house. The ten-year-old has mastered the art of getting the most usage out of his underwear.

If I am honest with myself, I was more alarmed by my trip to Target for groceries than by anything thrown at me by my family this week. Walking around that bustling hot spot in complete silence, with hardly a person in the store at 5.30. Now that was freaky. Supervising second grade math, fifth grade social studies, and man-handling a pre-schooler for Mom School, was, in contrast, a walk in the park.

You know, the kind of park they have on American Ninja Warrior. 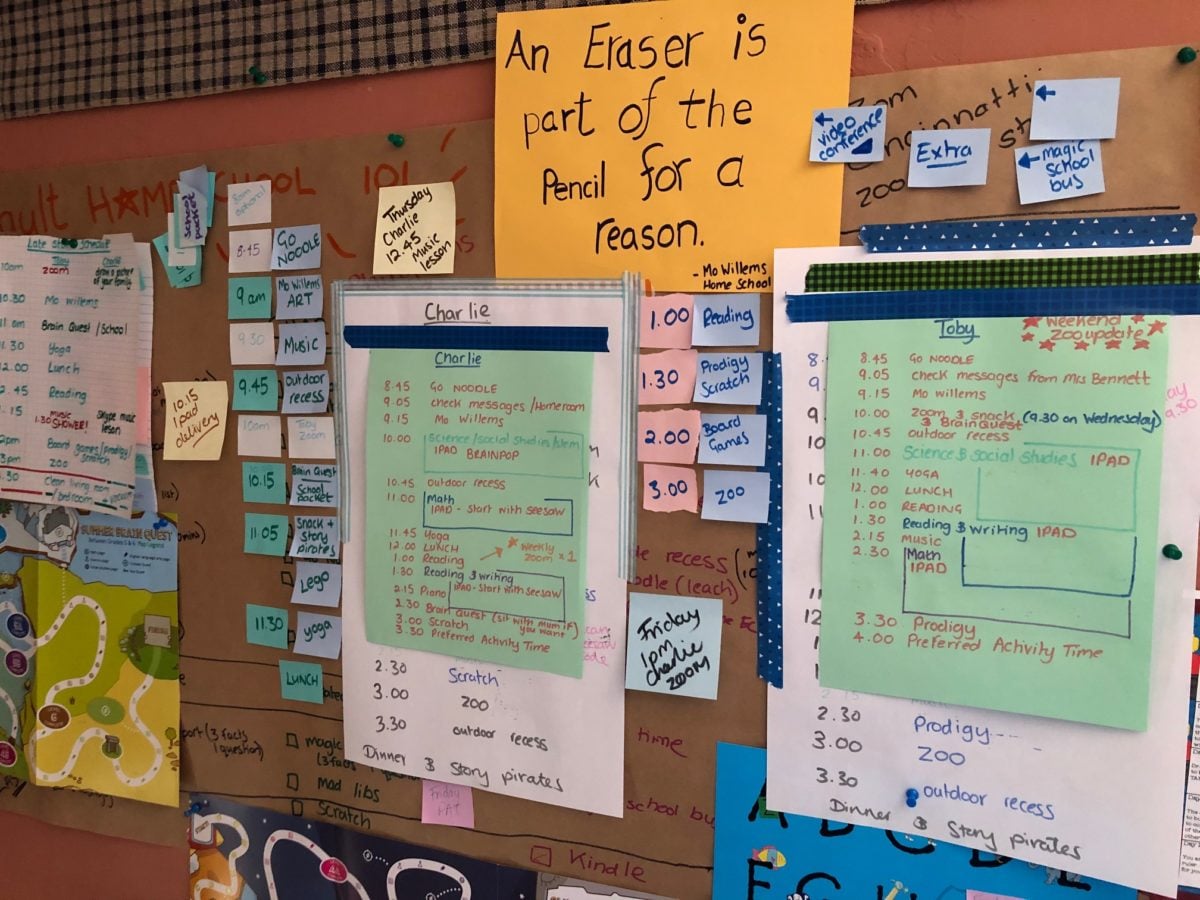 If our homeschooling schedule changed five times in week one, then changing it only four times in week 2 of Mom School is a definite win.

This week, devices arrived from the schools. I learned that if the three of them are having a blast running outside for outdoor recess, then everything else can wait. I learned that if someone wants to stop and read, or work on a Lego project while listening to a podcast, you just go with the flow. I affirmed my belief that if you have to force a child to do something, you won’t help them learn to love it, so just back off buttercup. I also learned that elementary school teachers are angels sent from heaven to do one of the most taxing jobs ever contrived.

On Wednesday, we woke up to a world covered with snow. Everything made new and sparkly again. Almost ten inches had fallen overnight. Usually, we would have also woken up to messages from the school, declaring a snow day or late start.

We cracked a few jokes about whether or not they would call, and then decided that we were all in need of a late start. Instead of starting school at 8 we made plans to start at 10, and an amazing transformation occurred. By around 9.15, everyone was ready to start school.

The kids were all absolutely chomping at the bit for Go Noodle and Mo Willems, for Brainpop, for math books. More of my coffee had kicked in, and everyone was in a better mood. So because of this one, some might say laziness inspired late start, we made one of the most beneficial changes to our schedule. That we would start work a little later in the day, to allow all of our brains and bodies to wake up a little more.

My home schooling friends have long told me that this flexibility, this ability to respond to the internal clocks of little bodies, is one of the benefits of homeschooling, and it truly is. Perhaps this period of forced home school will find us all advocating for a drastic overhaul of the scheduling of schooling across America. Certainly, we won’t be balking at next year’s school budget, the new mantra will be “Give the teachers what they want just don’t leave them home with me!”

Despite this, and in a surprising turn of events, I realized that this doesn’t suck.

Again, I have to stress that we are fortunate with both our jobs and physical location, so that this isolation works for our family. We all still like each other after the first two weeks, and the kids all adore Mom school.

Mom has had only two cocktails this week, necessitated more by the laundry than schooling. I might be switching to light beer soon. I do find that I have less time to myself. By the time we’ve done a full day of school, and I’ve put in a full day “at the office” it’s time to begin cleaning up after the day, making sure classwork has been submitted, and having dinner.

There’s not much time left after that before we pass out. So we use that time wisely. We began with Christopher Eccleston. Season One, Episode One, “Rose”. Doctor Who. We have begun the introduction of our beloved Time Lord, to our beloved eldest son, and he loves it. He’s terrified a lot, and has to bite his tongue to stop from asking questions every 7.5 seconds, but he loves it. And I love the time with him. Snuggle up on the couch with cocoa after the other kids have gone to bed. The capacity to introduce this to him right now is a gift, and I’m relishing every minute. 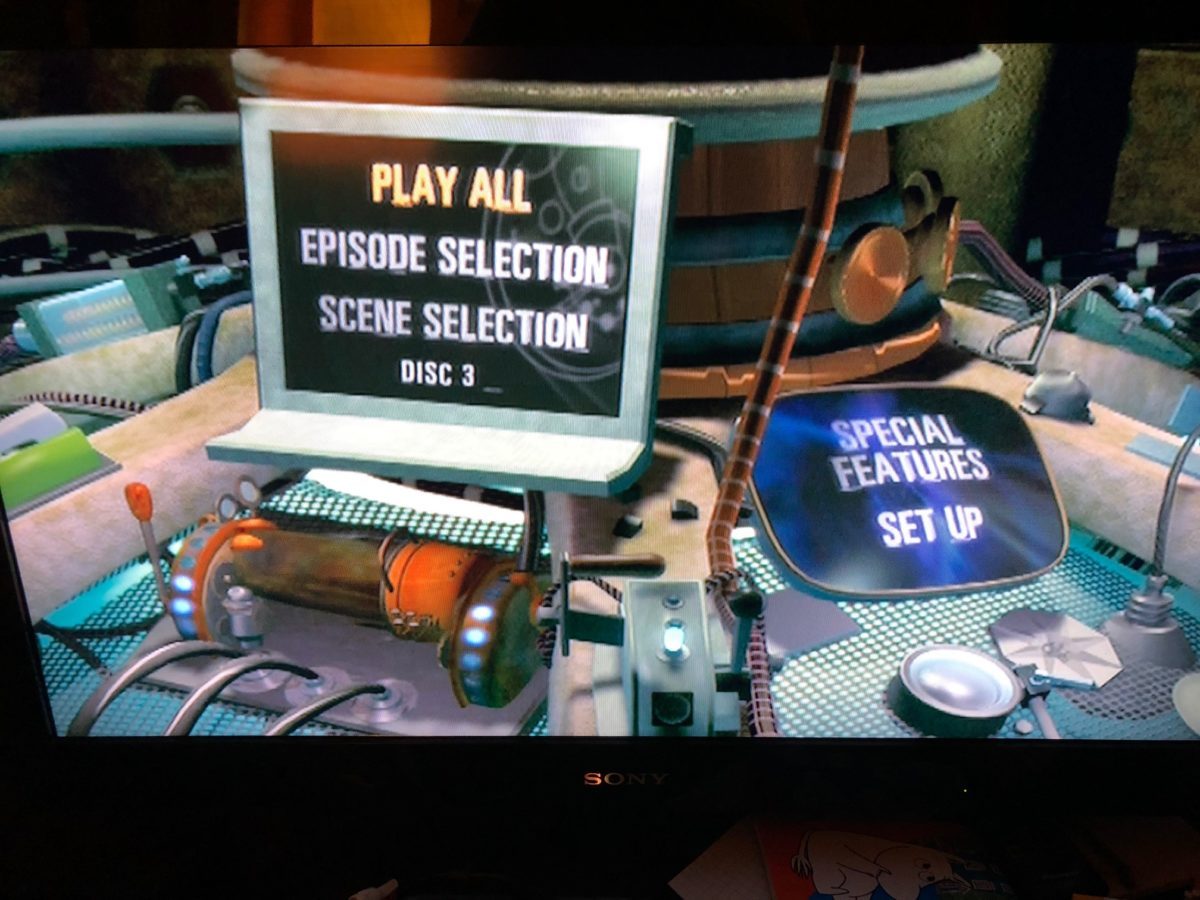 At the end of the week everyone agrees that one of our favorite things to do is Lunch Doodles with Mo Willems, or Mo’s Willem as my four year old calls him. We love reading time, when everyone picks a book, or books, and hops up onto the couch, or lies belly down on the floor. My boys prefer their Brain Quest workbooks to the much easier games on their Ipads, which I adore them for. We always start our day with Go Noodle, and break for Yoga before lunch.

Sure they hardly bathed all week. They each are now composed of at least 80% goldfish crackers.

Somewhere around day three of this past week, I decided to use the time I had while they played outside, to finally get that chalkboard wall done. Well, the can of spray paint exploded while I was spraying it. The wall looks like it was sneezed on by a giant with soot up his nose, the floor looks like the murder scene from the Star Trek: The Next Generation episode where Tasha Yar dies, and my hands are tipped with black.

Oh, and the sink now has the appearance of speckled marble. I had to laugh. My husband had to laugh. The kids got excited by the prospect of an indoor chalkboard wall, which still isn’t finished four days later because I don’t think a trip to Lowe’s for real-in-the-can chalkboard paint is classified as an essential trip. My eight year old wants to color on the speckles of black, and I am two more SeeSaw lessons away from letting him.

And thus we continue our pseudo-homeschooling adventure.

Filled with a little more caffeine, a little more love if I’m honest, and interspersed with the daily conversation; “Did you wash your hands?” “No.” “For Pete’s sake do you not remember why we are even doing this!” 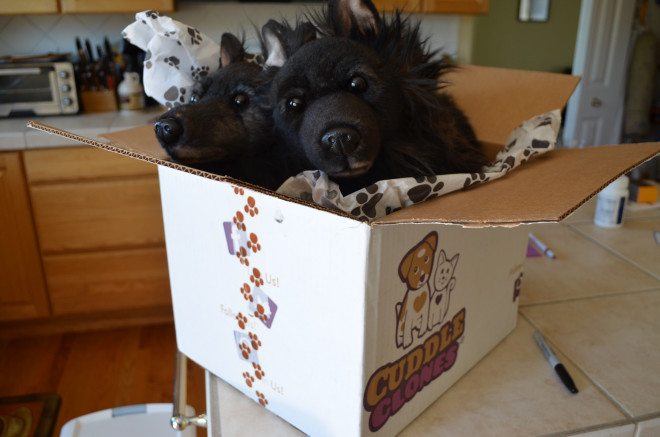 What to Do When Winter Storm Juno Hits

Why I’ve Resisted the Princesses on Principle