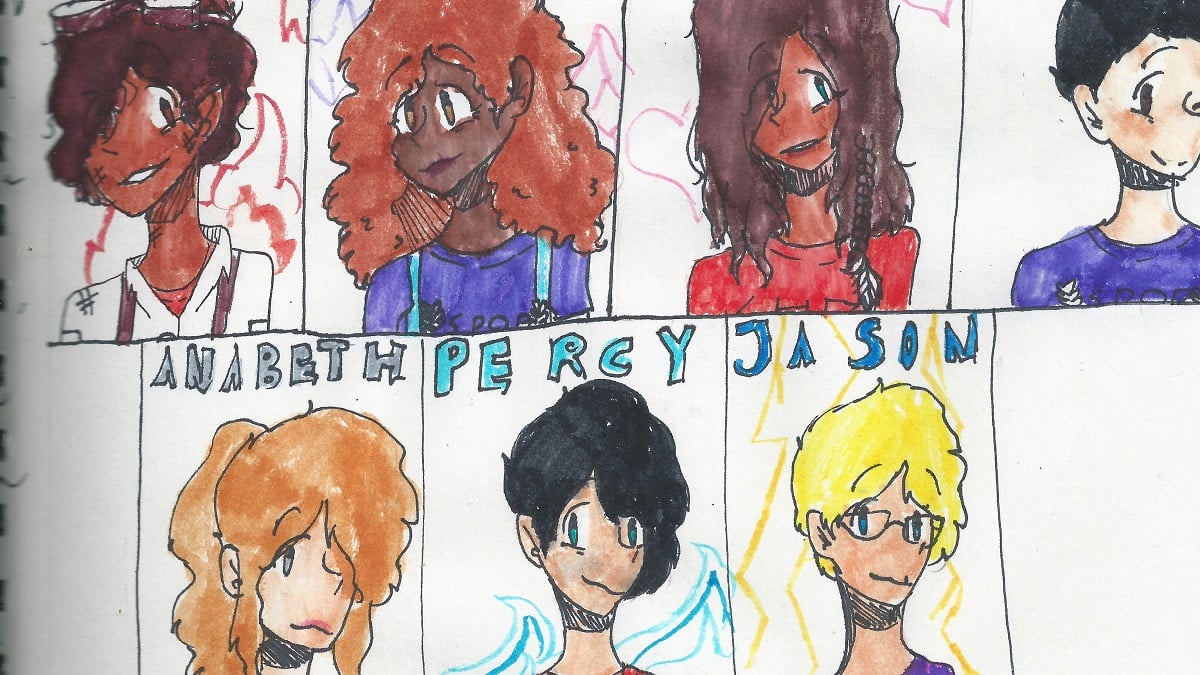 I have written before about the importance of representation in books and other media, and at least once I’ve mentioned my children’s love of Rick Riordan’s Olympians and the canonical fact that all demigods have some variation of ADHD and/or related learning disabilities. Recently we realized that, although we had read all of the Percy Jackson and the Olympians series, and had spread out to various titles from the Rick Riordan Presents imprint, we’d never actually continued on to the Heroes of Olympus series.* Now we have, pitching our household back into demigod madness, and I’m thinking about representation again.

My kids, I’ve mentioned, prefer for me to read out loud than for them to read on their own. The Olympians books are different. THESE, they will even spurn their electronics time to read to themselves, and then they still want me to read out loud as a family. My daughter the artist is now also spending all her electronics time in Olympians fandom, exchanging fanart and cheerfully absorbing spoilers that only become clear to her later (the other night as I was reading, she started quoting a passage along with me that she had seen quoted online already and just liked enough to memorize out of context). They talk about these characters constantly, changing their favorites daily. And the more ADHDish the characters act, the more my ADHD kids adore them.

Being that our whole family has ADHD and we’re all pretty individually unique, we’d always enjoyed, seeing that our ADHD might be a sign of demigod status, figuring out who each of our godly parents must be. The mechanically-minded boy, who was actively repairing a radio-controlled car as we read, is obviously a son of Hephaestus. His morbid sister talks way too much about death not to be a daughter of Hades. But the Heroes of Olympus series has broadened the scope of demigod variations. Bringing in the Roman aspects of the gods has added some subtlety to our self-diagnoses. I had pegged my military-history-obsessed husband as a son of Athena, even though he (not having read the books) had assumed Ares: “No, no, Ares kids are more about rampant violence and destruction. Athena’s the goddess of battle strategy. That is TOTALLY more your style of warlike tendencies. George Washington was a son of Athena.” But now that the Roman aspects are in play, it’s obvious my husband is more accurately the son of Minerva, being the more warlike aspect. Perfect compromise!

And I’d never found the perfect godly parent for myself— the god of storytelling is Hermes, but I’m not nearly enough of a trickster; then Apollo is the god of poetry and music, and frankly I did blow the rest of my family away at the archery range last week (true story), but his children felt too stuck up; and my love of gardening might have hinted at Demeter if I didn’t also have a tendency to neglect houseplants. But the problem is I was only looking at the Big 12 gods. In The Lost Hero we discovered Camp Half-Blood had been opened up to children of secondary gods as well, and that’s how I realized I am absolutely, without a doubt, the daughter of Hypnos, god of sleep and dreams.

THINK of it! If our ADHD symptoms are actually symptoms of demigodness? And my personal ADHD makes me super prone to Intrusive Sleep and a hyperactive subconscious? Bam, Daughter of Hypnos. I’ve been claimed and I’m proud. Now for a nap.

Wait, wait, I’m still here and marginally alert, I promise. This ties back to the idea of representation in media, specifically, avoiding stereotyping by offering more than one way to BE a particular label. In the Olympians books, there isn’t just one token kid with ADHD, certainly not just one smart-alek troublemaking hyperactive boy. By giving the children of each different god different traits, and even having those traits show up differently even among siblings, you see dozens of different ways to have ADHD, too. Some kids are hyperactive. Some are hyper-alert. Some hyper-focus. Some are hyper-emotional. Some of us even fall asleep at the drop of a hat. Most have combinations of all these traits in different amounts and different circumstances.

That’s why it’s better to have more and more diversity in media, so one token character doesn’t have to be an entire type of people on their own. The more varied characters you have, the less likely they are to be stereotypes, and the more likely kids of all sorts will be able to see themselves in the stories.

Also, why have just one kid with ADHD when you can have a whole camp of them? It’s way more interesting.

*Which is entirely my fault. Being that I get overwhelmed with the sheer number of books that can be read, I have, in adulthood, been prone to just sample authors to get a taste for them, and then seek out something new. I distinctly remember, when I first found out about Heroes of Olympus, thinking, “yeah, I’ve read Percy Jackson, I know enough to buy and recommend this at the library but I don’t need to spend any more time READING these thick tomes.” But I forgot that most people (including me back in the day) find something they love and then read every last thing related to it. So when we finished Percy Jackson, I kind of forgot we could keep going. 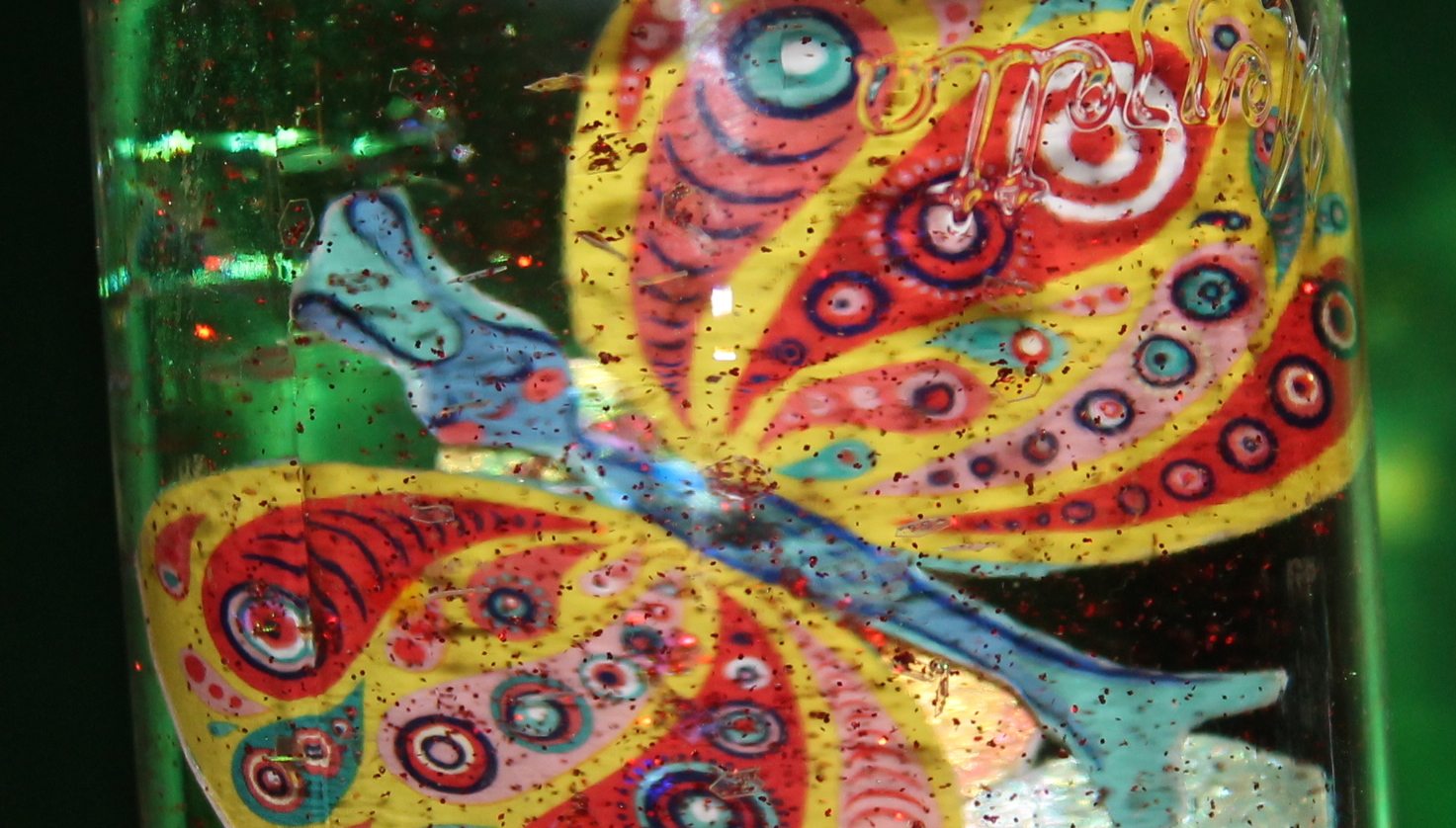