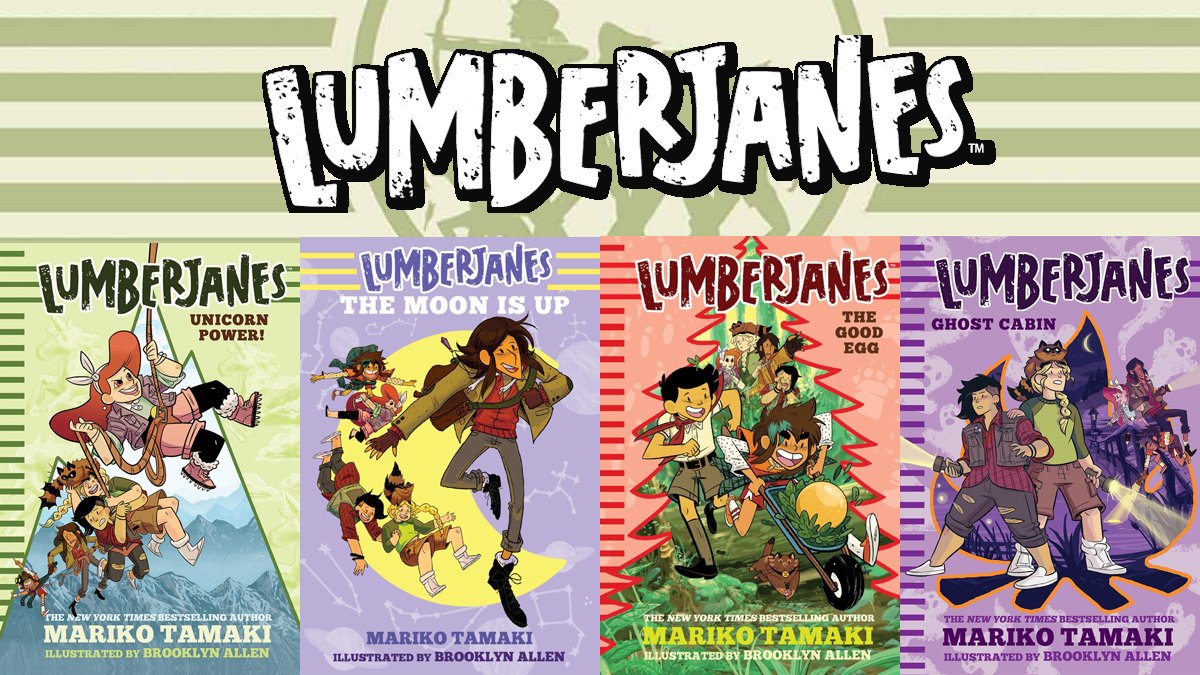 Reading YA novels has become a huge trend recently, with countless YouTubers and #Bookstagram accounts dedicated to the topic, but over the last few years, I’ve found myself drawn more and more to the world of middle-grade novels. For 2020, I’m starting my middle-grade reading spree with the series of Lumberjanes novels released over the last few years and based on the popular comics.

Lumberjanes began life as a comic series in 2014 and follows the adventures of a group of Lumberjane scouts spending the summer at Miss Qiunzella Thiskwin Penniquiqul Thistle Crumpet’s Camp for Hardcore Lady Types. The Lumberjanes novels—written by Mariko Tamaki and illustrated by Brooklyn Allen—mostly focus on the same group of five scouts seen in the comics—April, Jo, Ripley, Mal, and Molly, who are the residents of Roanoke cabin—with a number of recurring peripheral characters including kids from other cabins, camp leaders, and the creatures and people the scouts encounter on their adventures.

Each of the four Lumberjanes novels focuses on one (or two) members of the core Roanoke cabin group. Book one, Unicorn Power, has April as its focus. In Unicorn Power, the Roanoke scouts come across a strange mountain that doesn’t appear on any maps of the local area. Determined to lead her cabin to earn their Extraordinary Explorers Medal, April pushes the group to scale the mountain, but when it disappears and leaves them stuck—possibly forever—somewhere entirely unexpected, April and the other Lumberjane scouts have to work together to find a way back to camp.

Book two, The Moon Is Up, focuses on Jo, who is struggling to focus after spotting what may have been a spacecraft landing in the woods outside her window, but that is the least of her worries right now. Her dads have forwarded her a letter from The Center for Scientific Advancement and Research, offering her a place on their Summer Theory and Advanced Astronomical Research Program. Jo is desperate to accept and take her first steps toward becoming a scientist—the thing she has always dreamed of—but doing so means leaving camp (and her friends) behind, right in the middle of the camp-wide Galaxy Wars competition. Worst of all, someone is stealing the camp’s cheese from the kitchens…

Ripley is the focus of book three, The Good Egg. Ripley has discovered a nest filled with gigantic golden eggs in the woods and has become especially attached to the smallest one, whom she has named Eggie. Meanwhile, the camp is putting together a theatrical festival with all the scouts grouped together and tasked with re-imagining classic fairytales for the present day. The problem is that the scouts of Roanoke are distinctly uninspired, but when egg poachers from the Order of the Golden Egg steal Eggie, they will need to use all their theatrical skills to defeat the villains and return Eggie to their parents.

The fourth and final book is Ghost Cabin, which focuses on Mal and Molly. Molly isn’t having a great time at camp thanks to the arrival of a “care package” filled with math homework—making her dread leaving camp more than ever. Determined to cheer her up, Mal suggests they try to solve the mystery of her missing socks, leading them to the discovery of Daedalus Cabin, a hidden shed inhabited by five ghost scouts! Many years ago, the Daedalus Scouts swore a pact together that after their deaths, they would return to camp forever, but now one is having cold feet. Can Molly face her greatest fear of leaving camp and help the ghosts?

The writing style of the Lumberjanes novels does take some getting used to thanks to the endless references to famous women (“what the Mae Jamison is going on with you?!”), RANDOM CAPITALIZATION, and the odd naming convention where nearly everyone over the age of 18 has a name in the vein of Lady Dana Deveroe Anastasia Mistytoe or Mademoiselle Suzannah Saror Mareng Salamader III. However, once I got used to this, I devoured these books in a matter of days and absolutely loved them all. The Lumberjanes novels are truly a joy to read, filled with action and adventure, magical creatures, a love of science and history, and even some romance. The core of all the Lumberjanes stories, however, can be summed up in the motto of the Lumberjanes themselves: Friendship to the Max! The friendship between the characters is palpable on every page and even the rivalry between cabins isn’t enough to dampen it, with cabins facing off against each other in one chapter only to work together to earn badges a few paragraphs later.

Another huge plus for me was the amount of LGBTQ representation found within the pages of all the Lumberjanes novels. Mal and Molly are a canonical couple and fully accepted by all their friends, Jo has two dads, and Barney—a member of Zodiac cabin—is non-binary and uses they/them pronouns throughout. A read-through of the Lumberjanes Wikipedia page informed me that Jo was also a transgender character, although I didn’t realize that during my time reading the books.

I particularly like that the camp name itself referred to the camp being “for Hardcore Lady Types.” This is brought up by one of the Daedalus cabin ghosts who recalls the sign previously reading “for Girls” and enquires what a “Lady Type” is? April answers that it means, “A LADY-TYPE, that’s for anyone who is a lady-type. It’s an open invitation to anyone who wants to be awesome.”

I was slightly annoyed by the fact that the final book focuses on two of the main group rather than giving Mal and Molly individual stories. Mal was one of my favorite two characters along with Jo (my ten-year-old son loved Ripley best, which makes perfect sense if you have ever spent more than five seconds with him), so I would have preferred her to have a story all her own. That being said, having them share this story reinforces that they are a couple, which is a positive thing to take away in a middle-grade story.

I fell in love with the Lumberjanes novels and am now preparing to work my way through all the comics, a not-insubstantial task with over 60 issues to date (collected into 13 volumes) plus bonus editions and a crossover with Gotham Academy! I feel like the Lumberjanes novels (and the comics too, I’m sure) will appeal to fans of Hilda and Gravity Falls and to folks of all ages. I can’t wait to read more about the Hardcore Lady-Types of Roanoke cabin and their friends, and I know I will be buying copies of these books to give to friends and their kids in the future. 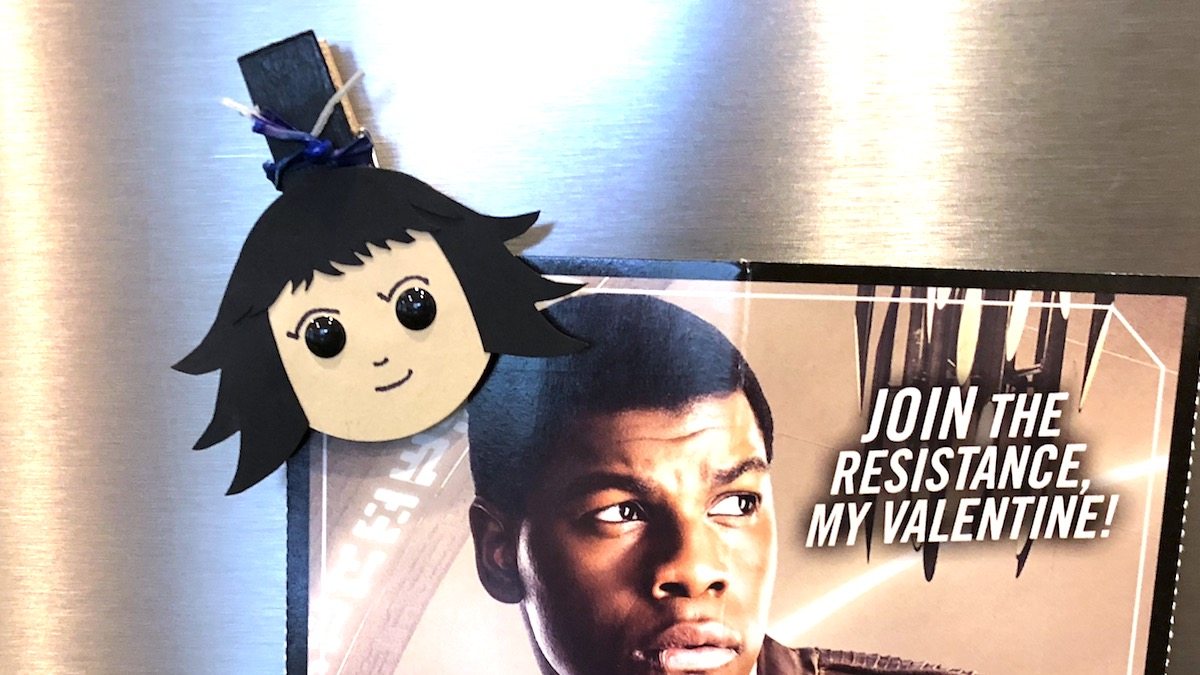