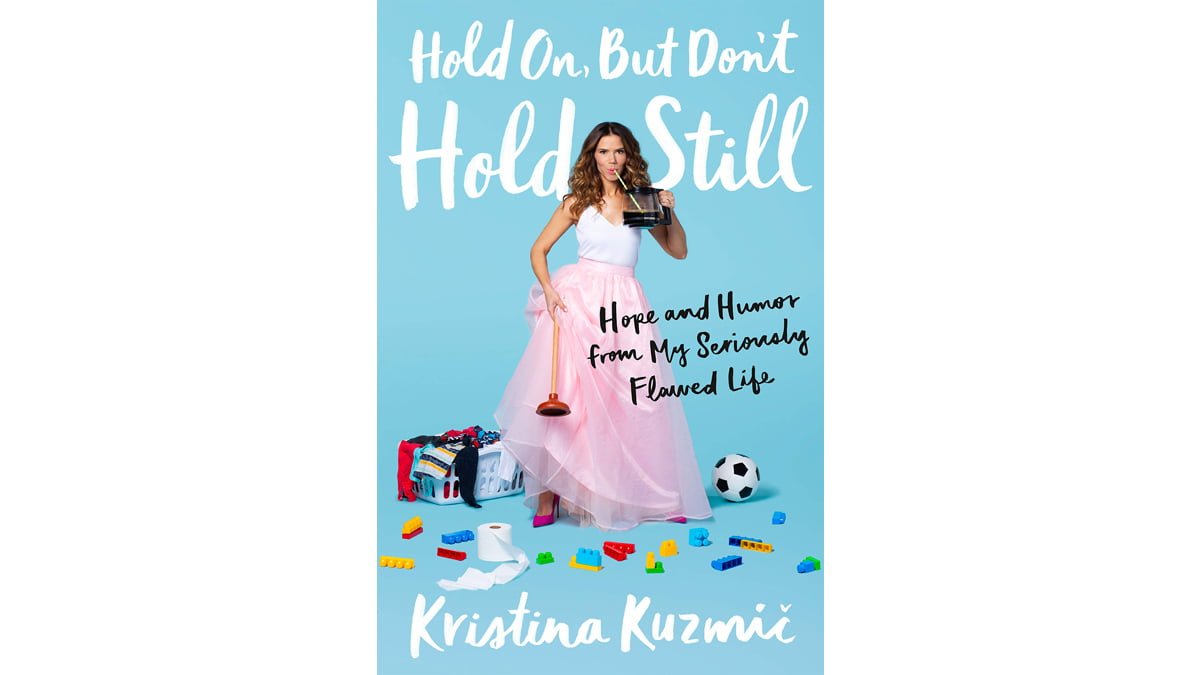 If you’re a mom on social media and have friends who are also moms, there’s a good chance you’ve seen one of Kristina Kuzmic’s videos pop up. Sometimes referred to as “The Truth Bomb Mom,” she calls parenthood as it is right down to the good, the bad, and the messy. The first video I saw of hers features her explanation of how she isn’t her kids’ friend—she’s their parent. During her speech, which covers the fact that all three of her kids are currently mad at her because she parented them, she’s eating ice cream straight out of the carton. At one point, additional chocolate chips get added to the ice cream carton. At another point, wine goes in. As a mom who keeps the “good ice cream” in the garage freezer and has been seen walking in that direction with a spoon in hand during one of “those parenting days,” I related hard. At the end of her video she acknowledges how hard the parenting game is, but, you know, at least one brand of ice cream is currently on sale at your grocery store right now.

I loved that she seemed to just get it, right down to the fact that if you don’t approach parenting with a certain sense of humor, you’ll probably lose all of your sanity. If you’ve never seen one of her videos, you can check out the one I mentioned below.

Since that day, I became a social media follower of Kuzmic, and there have been many posts and videos that spoke to me as well as her other many followers. I was super excited that she was getting a chance to publish her own book, Hold On, But Don’t Hold Still: Hope and Humor From My Seriously Flawed Life, which hit bookstores on February 11th. Kuzmic has always felt like the mom friend you need in your life. She’s willing to straight-up admit that parenting is rough, that she is not perfect, her kids are not perfect, but she’s also the kind of person who is not only unabashedly her exuberant self but cares more about building up other moms rather than tearing them down.

Her book is a lot like her: it’s honest, it’s funny, it hits some of the darkest and lowest points of her life while still trying to highlight hope and humor. She covers a range of tough moments like being a kid during the war in Croatia, divorce, mental health struggles (including depression and suicidal thoughts), sexual assault (as a child and as an adult), financial struggles as a single mom, miscarriage, and co-parenting after divorce. At the same time, there’s the hope and humor that also shine right through. How she dared to dream out loud and ended up a winner of a contest held by Oprah, how a Wednesday night dinner tradition changed her life, how she took a stand against people who sexually harassed her on social media, how she navigates being a “recovering pessimist” as well as a control freak, how she battles mom guilt, how she advocates for “minding your own motherhood,” how she found the courage to get remarried, and how she worked hard to create a co-parenting situation where her kids come first and the egos come last.

I think my favorite story, the one that had me cackling out loud, was what ultimately happened with a mother who tried to mom-shame Kuzmic while claiming her own kids never would have dared to misbehave.

Fans of Kuzmic will absolutely love this book, which fleshes out some of the things she’s already discussed in her videos before. Parents who have never encountered her before are going to discover her refreshing and honest take on things, and feel like they wished she lived right down the street from them. It’s a fun, fast read that manages to make you feel better about yourself as a person and a parent when you’re done.

Hold On But Don’t Hold Still: Hope and Humor From My Seriously Flawed Life has a list price of $26 and can be found at bookstores now, including Amazon, where it is currently listed for $19.01.

Master Davey and The Magic Tea House: Save the Special Tea