This week Comic Book Corner looks at comics built around the classic characters Usagi Yojimbo and Napoleon Dynamite. Mariana Ruiz gives us her take on the beloved character of Usagi laced heavily with elements of Japanese puppetry.  Eric Parrish introduces us to the new comic series based on the 2004 cult-classic film Napoleon Dynamite and shares his views on how it holds up.

This classic three-part story first appeared in June and is now in its second printing. It features 27 pages of fan art depicting Usagi and a full story related to an ancient form of Japanese theater: Bunraku.

As Stan himself says in this interview:

″Bunraku (Japanese puppetry) captures many elements that make the world of Usagi Yojimbo unique: an adventure filled with Japanese culture, folklore, and history. It also features the return of a long-awaited fan favorite character and Yokai (Japanese supernatural creatures). I′d like to thank the readers for their continued support of Usagi, and if you haven′t read Usagi before, this is a great place to start″.

I couldn′t agree more. We have talked about him recently, and I find it completely charming and kid-appropriate. In this story, Usagi discovers there is a mysterious evil force in town, one that seems related to the presence of a theater company that does bunraku.

This art form, also called ningyo joruri, is a classical form of puppet theater founded in Osaka. The modern form was named after the puppeteer Uemura Bunrakuken (1751-1810) who revived the traditional theater. Ningyo is the word for ″puppet or doll,″ and joruri refers to the combination of chanting accompanied by a musical instrument.

The players learn to operate the puppets in stages: first, they operate the feet for ten years, and then the left hand for another ten. Only after this 20-year apprenticeship, they can operate the head and right hand.

The classic character Usagi will partner up to fight these evil forces, featuring lots of wonderful sword fights and dramatic scenes.

Conclusion: I am so glad that IDW is reissuing this classic series, all now fully colored. There is magic in every page, and it seems deceitfully simple, but a lot of research is undertaken before each shot. I love that.

IDW gives fans of the 2004 cult-classic film Napoleon Dynamite reason to smile with the release of a new comic series. Napoleon Dynamite #1 picks up pretty much where the movie left off, so the comic essentially serves as a sequel to the film. Most of the major characters are back: awkward Napoleon, now a high school senior thinking about a career in cryptozoology, doe-eyed Pedro, the student body president, level-headed Deb, now Napoleon’s “girlfriend,” and even appearances from Uncle Rico and Tina the llama. The comic does very well to keep the tone of the movie and features a humorous, quirky group of plot threads that include an impeachment inquiry into Pedro over alleged ballot-box fraud, a new scheme by Uncle Rico to sell a Sriracha sauce rip-off, and an unconventional investigation into a city council member’s death.

It was surely a tall order to capture the odd mannerisms of the major characters from the movie in a comic book. And to an extent, I think that’s where the movie succeeds where the comic lacks a little: Napoleon’s quirkiness in his speech patterns and body language were perfectly portrayed by actor John Heder, but a bit of that is lost in a comic. But overall, writers Carlos Guzman-Verdugo and Alejandro Verdugo and artist Jorge Monlongo do an admirable job in depicting these characters for the page. Napoleon’s stream-of-consciousness and dialogue with the other characters is weirdly arrogant, yet amusing, and the characterizations of the supporting cast are spot-on, from Pedro’s bored indifference to Uncle Rico’s misguided ambition. Monlongo’s art, accompanied by Christa Meisner’s lettering, fits the style of this story perfectly in its own quirkiness. The illustrations are almost caricatures, but they aren’t so cartoony as to detract from the story. The art and writing all fit together well in this first issue. I’m not sure where this comic series can go from here—I have a hard time imagining what other stories might need to be told about a group of odd high-schoolers in small-town Idaho—but this first issue was a fun start.

Conclusion: Fans of the cult-classic film should enjoy the first issue of Napoleon Dynamite from IDW. I don’t consider myself a die-hard fan of the movie, but I did enjoy the film—and I found myself enjoying this comic accompaniment just as much. 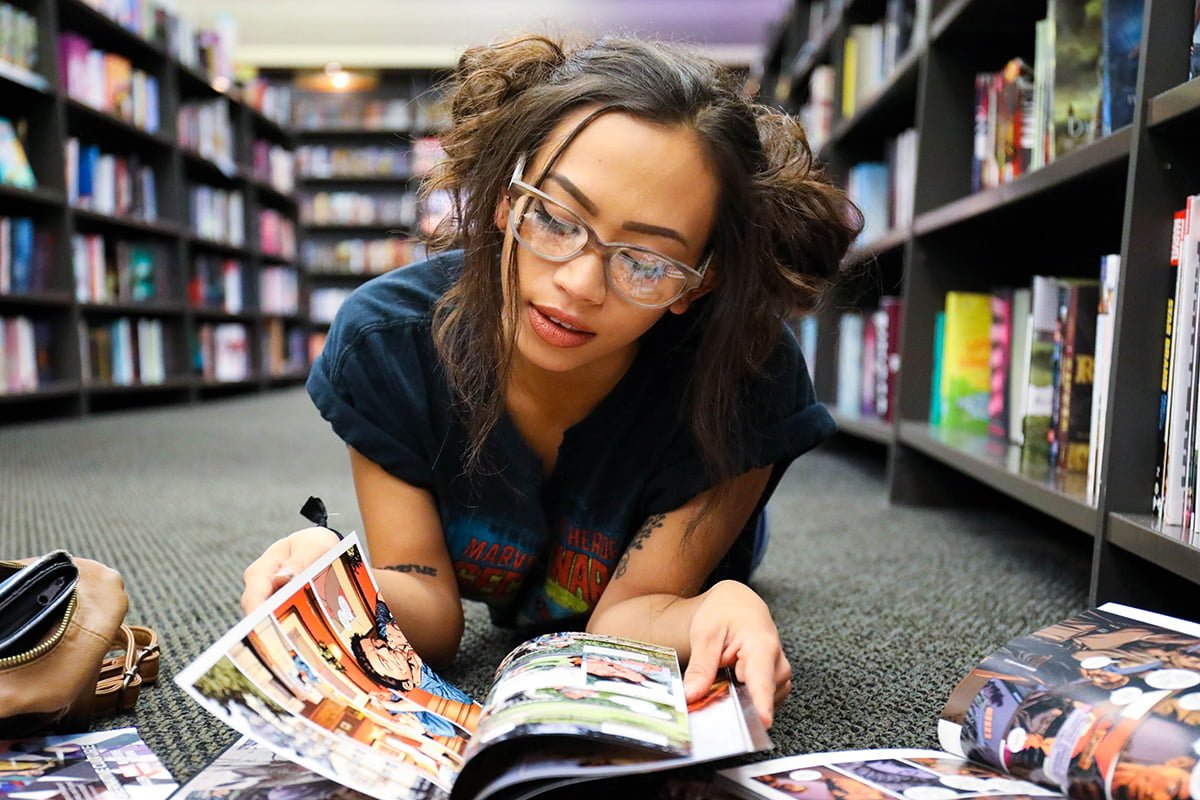 Saying So Long But Not Good-Bye

This will be the final Comic Book Corner article, but it will not be the last time GeekMom reviews comics. The decision has been made to give all the comics we review a bigger spotlight by placing every review in an individual article so that we can discuss the art and the writing in more depth as well as providing more detailed context for where the issue fits in the larger series.

Next, let me say a big thank you to both Eric Parrish and Mariana Ruiz who contributed to this final run. Please make it a point to stop by and read their future reviews. We need to give shout out to the lovely and talented Dakster Sullivan who started Comic Book Corner. Finally, a big thank you to all the wonderful authors who continue to review comics, manga, and graphic novels, many of whom have contributed here throughout the life of this column—Sophie Brown, MAJK, Lisa Tate, Kay Tilden, Luke Forney, Karen Walsh, JennMac, and Corrina Lawson. We hope that you will check out each author as they review the stories and series they are most passionate about. 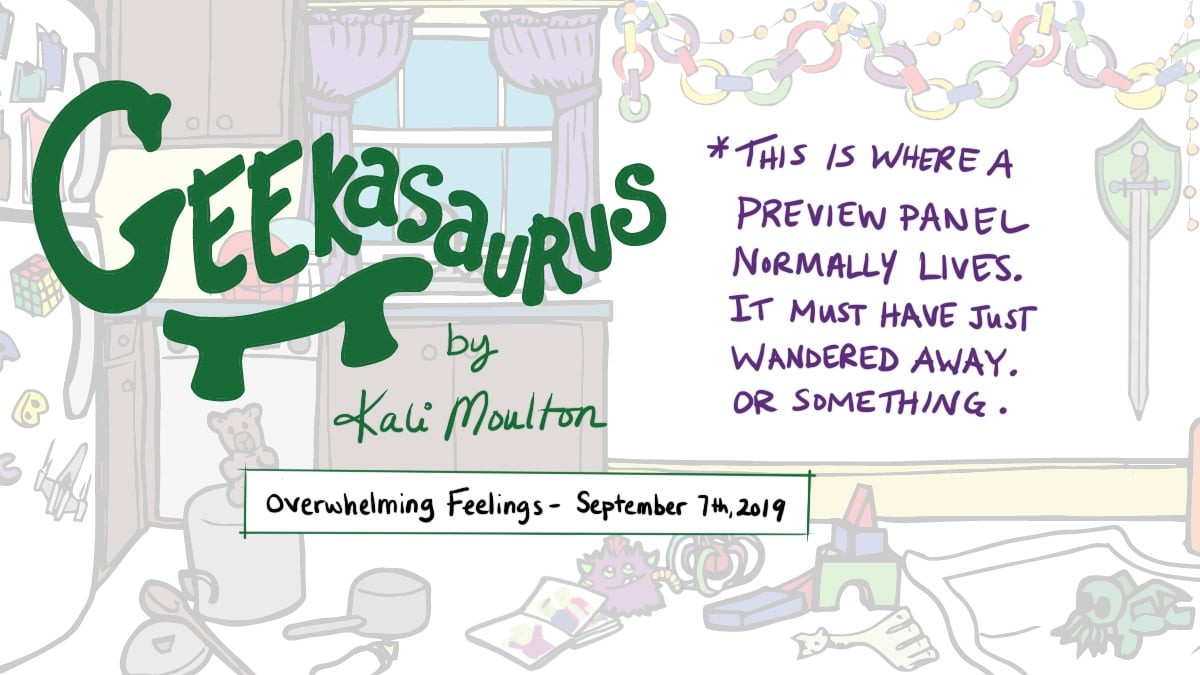 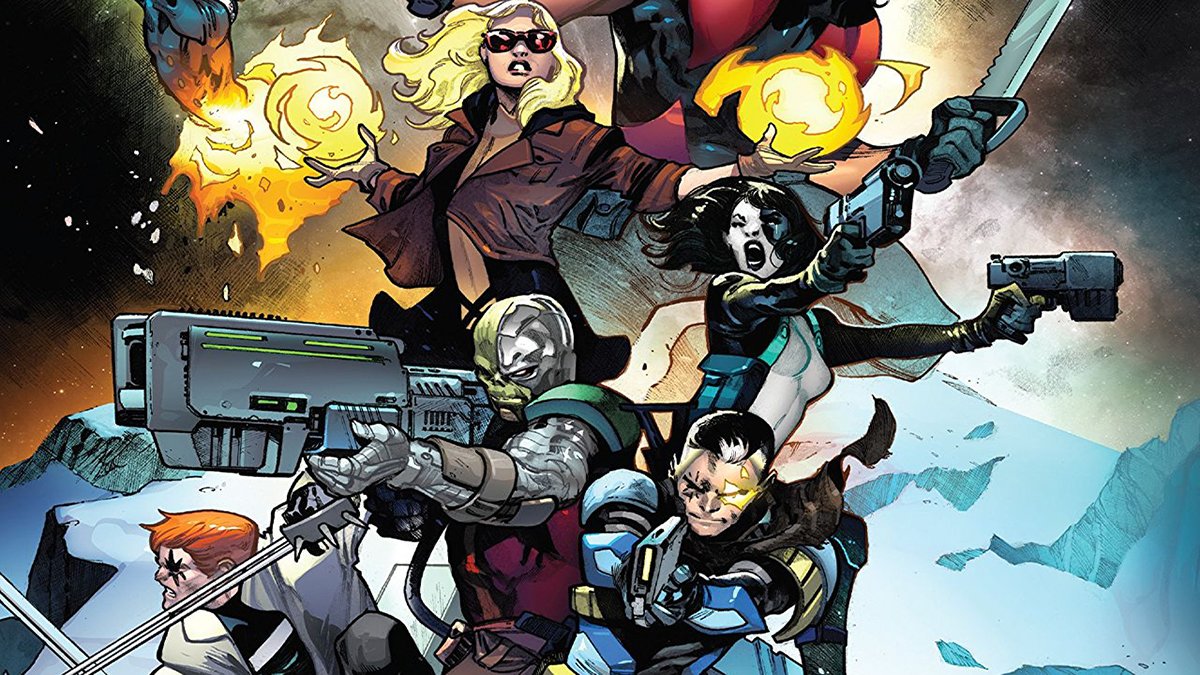