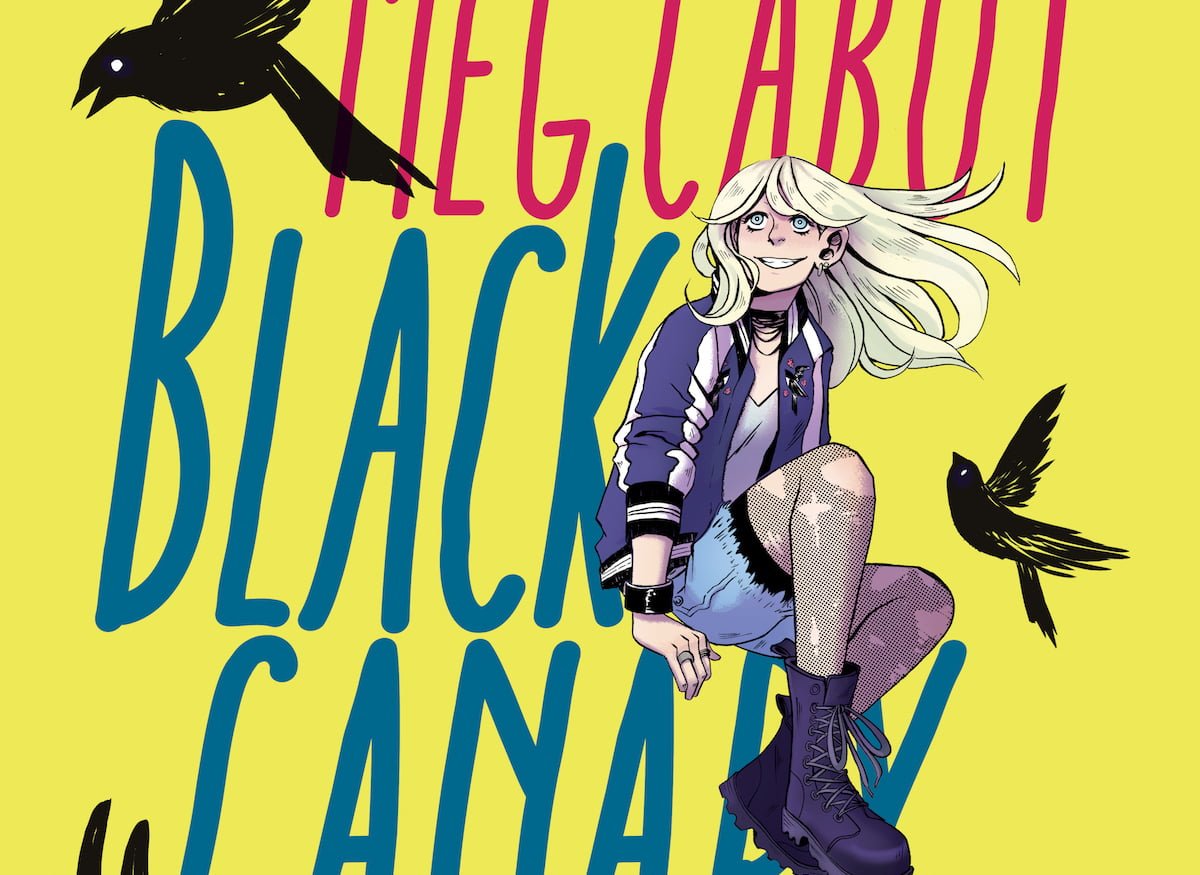 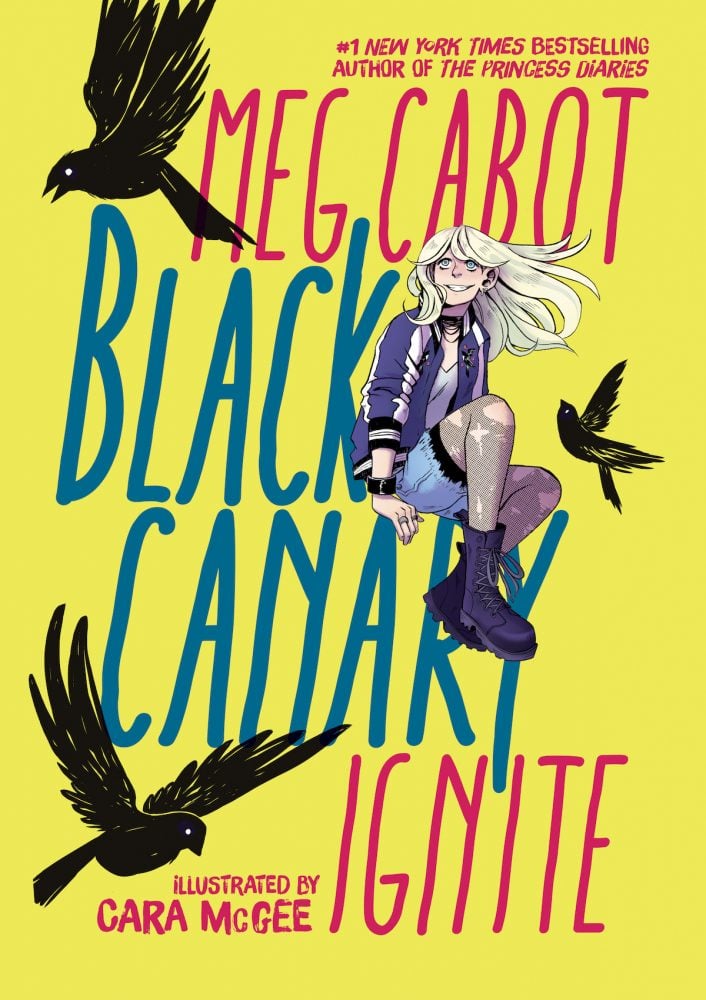 And, happily, I had a chance to catch up with not only Cabot but illustrator Cara McGee at New York Comic Con earlier this month to talk to them about the story.

But first, a quick look at the original graphic novel, Black Canary: Ignite.

My expectations were high, as Black Canary is right up with with Lois Lane for my favorite DC Comics character of all time.

I was not disappointed. The story is geared to pre-teens and teens. It’s about young Dinah coming to terms with unexpected power, her role in a band, the ever-changing politics of junior high school, and her relationship with her parents. Her father, who is a cop, is over-protective. Her mother is supportive but hiding a big secret. (A secret that DC Comics readers no doubt will guess right away.)

Dinah, however, just wants to do well in school, be in a band with her friends, and, of course, fight injustice, a trait she’s inherited from both her mother and father.

This is an original story that preserves the essential personality of Black Canary. Dinah is the friend you call when you’re in trouble. She cares deeply about the people around her, especially her family and her BFFs, and she also cares about battling injustice, which is generally not hard to find in Gotham City.

It also showcases Dinah’s impulsive nature which can get her into trouble, and yet also save the day.

The artwork by McGee is done in a cute, sweet style that reminded me of manga stories, with some exaggerated faces and expressions. For the target audience, it’s perfect. McGee has cited her love of Sailor Moon and SM’s influence on her art, and I can definitely see that in this story.

When I talked to Cabot and McGee at New York Comic Con, they were enthusiastic not only about the book but with working together. Cabot said she lobbied to be involved with DC’s original graphic novel program.

“I heard about this project and I love superheroes, so I wanted it,” she said. “I was very worried they’d already found someone for it before I heard back that I’d gotten it.”

She was less familiar with Black Canary in particular but when she looked through the roster of characters available, she was drawn to Dinah.

McGee, known for Over the Garden Wall, also loved working on Black Canary, especially having fun with the family dynamics.

McGee’s art is obviously manga-influenced and that informed some of the style choices in Black Canary: Ignite.

“We knew we were going to have to create a character that girls could cosplay,” Cabot said. “Cara was more aware of that than I was, so when we created the costume for the book, we wanted it to be something girls could wear.” They both noted they wanted to preserve the connection to the adult Canary costume but wanted to avoid the elements of it that can become over-sexualized. (Indeed, Black Canary’s classic fishnets and black boustier can be a great look but it can also become an excuse for some artists to go overboard with her sexuality.)

McGee said that Annie Wu’s style was a huge influence on her Black Canary as well. Wu and Brenden Fletcher wrote the most recent Black Canary comic series, which featured Dinah as the lead singer of a rock n’ roll/punk band.

McGee and Cabot were drawn to the band idea. “I like the fact that her closest friends don’t have superpowers,” McGee. “They’re her band.”

Cabot said her favorite scenes were the ones with Dinah and her father and she also loved how McGee drew the family sitting down to dinner over Chinese food.

“I loved drawing the dynamics between the parents in that scene,” McGee said. McGee also said she loves a certain character that she was able to add at the end of the story as Dinah’s mentor. (I’m not saying who that is because it’s a spoiler. But I loved it and I bet you will as well.)

To script the graphic novel, Cabot said she had to learn how to write differently. She is the listed author on the Avalon High graphic novels but Cabot said for those books, she gave the publisher what was essentially a short story, and they worked form there.

With Black Canary: Ignite, Cabot wrote the script. She said she often created a six-panel grid for the pages, and wrote what happened in each panel in order to develop the script for McGee to illustrate. McGee said the script was a tight one, giving just the right amount of information for her to illustrate the scenes.

The results certainly show the quality of the script and the art.

And if you’re not familiar with the characters? It’s a fun adventure story with appealing characters and great dynamics between Dinah, her family, and her friends.