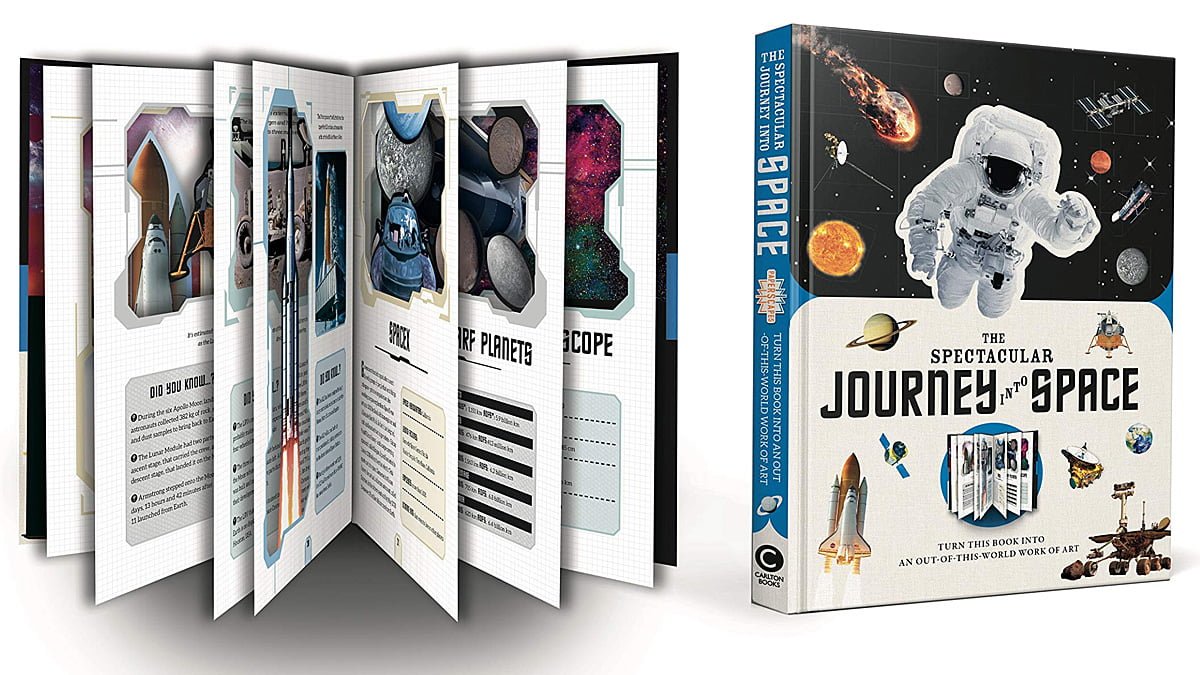 The Spectacular Journey Into Space by Kevin Pettman is a 62-page book from the Paperscapes series by Carlton. On each page, kids can punch out sections of the images to create floating shapes of planets, space vehicles, and more.

The book is something of a space primer and covers a huge amount of ground throughout its short length including the planets, various spacecraft from the Space Shuttle to the Hubble Space Telescope and the International Space Station, to future planned missions and ground-based telescopes. While this is great for giving a wide overview, the subjects suffer from lack of depth. The four rocky inner planets share a single page among the four of them, as do the four outer gas giants, and all astronauts and cosmonauts from across history are also pushed together onto a single page. This feels very odd when the moon gets a page all to itself.

The biggest focus of The Spectacular Journey Into Space is space missions past and present. We’re taken on a whistle-stop tour of missions from Apollo with the Saturn V and Lunar Module, through recent and active missions such as New Horizons and Cassini-Huygens, through to future plans including the Space Launch System, Orion, and the Solar Orbiter. This focus on missions makes this book stand out from many other similar books which repeat the same facts about the planets over and over again, however, it also means the book is likely to become out-of-date much faster.

Each double-sided page includes a brief paragraph of information, a fact file including things such as length, top speed, mass, distance traveled and total cost as appropriate, several images, and a “Did You Know?” These are all clustered around the book’s main feature, its images using pop-out sections.

Each page of The Spectacular Journey Into Space features a large image with several sections which can be removed to make the focus of the image appear to float. My son and I started removing these sections but stopped about halfway through the book when we looked back through the pages. Removing the sections seems to have absolutely no benefit whatsoever. The blurb claims that by doing so, you will create “an out of this world work of art”. What you actually seem to create is a book with flimsy pages and images that layer over one another in a messy jumble that makes it hard to focus on what you’re looking at. Instead of looking at a picture of Skylab floating above out atmosphere, I’m looking at it with a background of Hubble, the moon, a Saturn V, a lunar rover, and some text. How anyone could think this an improvement I cannot fathom.

The pop-out sections also mean that the same image has to appear on both sides of the double-sided pages. This means you lose effective 25% of the page space across the whole book to duplicated images because they have just been flipped rather than showing us the back and front of something like the Space Shuttle, which would at least have made more sense than this.

I really wanted to love this book. On seeing the information for it, I thought that by removing the page sections, you would create scenes that used the empty spaces in the pages to create layered images, but that was not the case. Instead, I found myself wishing we hadn’t removed the sections we had and genuinely wondering if they could be reattached with some care and a roll of tape. Even my nine-year-old son, who started out enjoying the process of punching out the backgrounds, was quickly asking why we needed to do it and wanted to stop and leave the second half of the book as it came because it looked better.

The Spectacular Journey Into Space is a pretty book filled with beautiful pictures and some genuinely interesting content where it can be found, but it relies too heavily on a pointless gimmick and sacrifices the opportunity to make the most of its pages by wasting space on it. There are better books about space out there.

Fund This! A New Role Model for Boys, Eating Good and Cheap, and a 3D Printer for Kids! 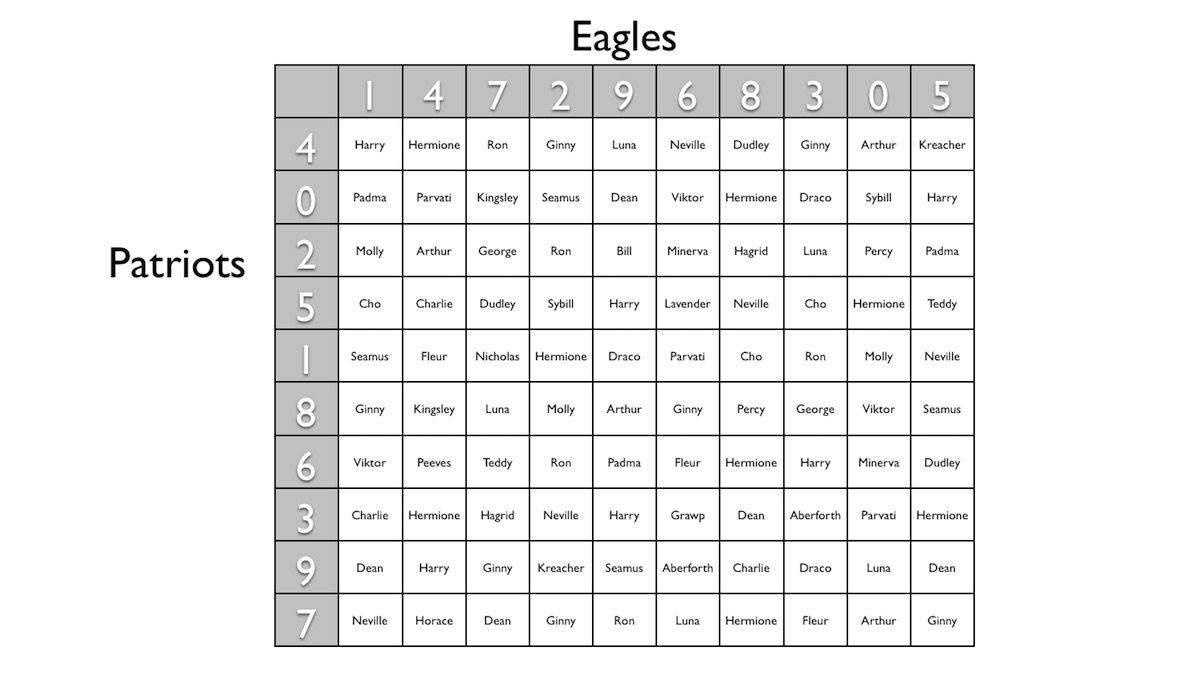