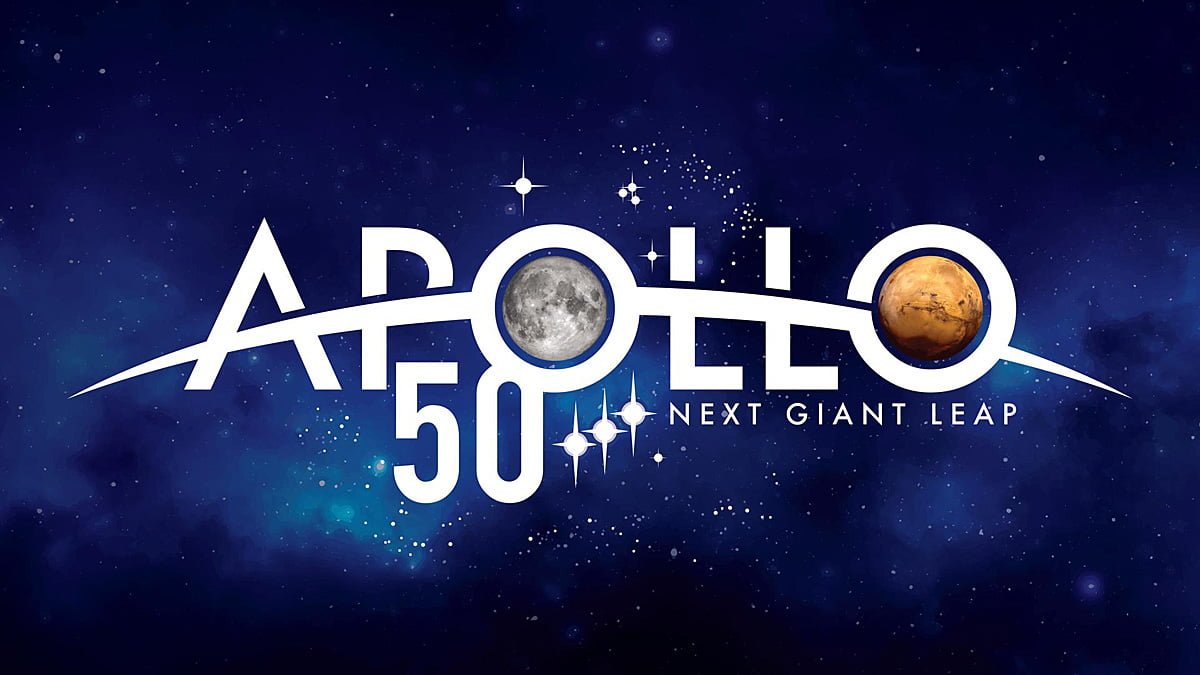 Today, as we celebrate 50 years since mankind first stepped onto the surface of the moon, some of the GeekMoms and GeekDads took time to reflect on our own, personal memories, thoughts, and feelings about this historic event.

Space has been a passion of mine from a very young age.

I first got to travel to Florida’s Space Coast in January of 2001, as a freshman on my university’s swim team for a winter break training trip. While on that trip I went to the Kennedy Space Center’s Visitors Complex twice. What else is a first-year aerospace engineering student going to do? I wanted to get my geek on rather than go to Disney or Universal on our days off. Once I was joined by several other members of the team, the other time I was solo. At that time I didn’t know if I’d get a chance to go again.

I got to see Atlantis on the pad a few weeks before its Feb 1, 2001 launch to deliver the US Lab Destiny to the ISS (STS-98). I paid the extra for the Shuttle Up Close Tour package on that second visit so I got to get closer than most visitors to KSCVC did. I still marvel and the size both the bigness of the Saturn V and the smallness of the capsules of the early space age, but getting to see them all up close like that still amazes me.

At the end of the trip, I was sad that I didn’t get to see Atlantis launch, but 6 years later I’d get to see Kennedy Space Center from a very different perspective!

I grew up during the era of the space shuttle. Those white and orange vehicles were iconic and I clearly remember watching launches on TV throughout my childhood and being fascinated by the whole shuttle program, right down to the technical details of how they worked. To this day, they are the image I immediately think of when thinking of NASA and the manned space program, and yes, I have a LEGO model of one sitting in my office at home.

I’m hugely grateful that I did manage to watch one shuttle launch for myself before the program was shut down. STS-120 launched from Kennedy Space Center the day we were scheduled to fly home to the UK after a trip to Walt Disney World. Thankfully, the launch took place early enough that we were able to watch from Futureworld in EPCOT before heading to the airport – a fitting place to watch a shuttle launch from if ever there was one.

I’ve been lucky enough to travel to many space program museums and exhibitions over the years as well, including the Smithsonian in Washington DC, Kennedy Space Center, and the Science Museum in London. Visiting Cape Kennedy has been a dream of mine since childhood and I finally got to visit a few weeks before my 18th birthday. My overriding memory of the day is walking into the room where the Saturn V was housed and stopping dead in my tracks in awe at the unimaginable scale of what I was seeing. I hope to revisit the Kennedy Space Center again soon and finally see a space shuttle up close.

I believe it’s impossible to see a Saturn V and not be profoundly impacted by it. Not only for its sheer size but by all that it represents. The ability of humans to come together and achieve something so extraordinary when we choose to work with each other, and not against.

Looking back at footage of the moon landing fifty years on, what I see is people forgetting their differences and celebrating human achievement. It’s something I hope we may soon get to see again thanks to plans for future manned missions back to the moon and onward to Mars. While I’m not naive enough to believe that sending humans to Mars will solve the divisions that are splitting people apart today, I can’t help but hope that it might help to bring us closer together once again.

I don’t know if I speak for everyone else my age, but being born in 1969 gave me a lifelong fascination with the moon landing. One of my friends was born on July 20 and made sure to remind us of this connection nearly every year.

I remember always looking up at the full moon with my dad (an Air Force veteran) who loved to tell me “there’s an American flag on that,” and hearing our neighbor try to convince us it wall all a “government hoax.”

Fortunately, for my own daughters, there are plenty of celebrations around us this summer from model rocket launch “reenactments” to lectures, but really it is just relaxing to still look up at the moon with my own kids and know we “Earthlings” were there the year I was born. If we’re fortunate, my girls may get to witness – or be part of – it happening again in their lifetimes.

During the summer of 2011, my two kids and I took a 40 day trip around the country. We spent almost 1/4 of that time in the Washington, D.C., area since there is so much to do and I have friends and family in that area (and I used to live there myself). Heading into town from the Maryland side, we stopped at NASA’s Goddard Space Flight Center, where GeekDad Brian McLaughlin generously gave us a tour. Unfortunately, employees weren’t active on the interesting things, but we did get to see portions of the James Webb telescope inside.

We also went to both branches of the National Air & Space Museum. Here, at the Steven F. Udvar-Hazy Center, we saw the actual Mobile Quarantine Facility that was used for the Apollo 11 astronauts upon their return to the Earth.

Space and astronomy are topics that have interested me for as long as I can remember. Though it seems to be lost to time, I remember being 10 or 11 and doing a special project for school that included making my own filmstrip (using markers on blank filmstrip material). I remember the first time I saw Saturn through a telescope, around that same time, on a school camping trip on Mt. Lemmon in Tucson, Arizona. And, when my kids were younger, my daughter and I used to catch almost every visible ISS or Space Shuttle flyover, and we saw many, many Iridium flares. The universe beyond ours will always fill me with awe.

World Science U. Announces Launch on The Colbert Report

Instead of Autism Awareness, Try This