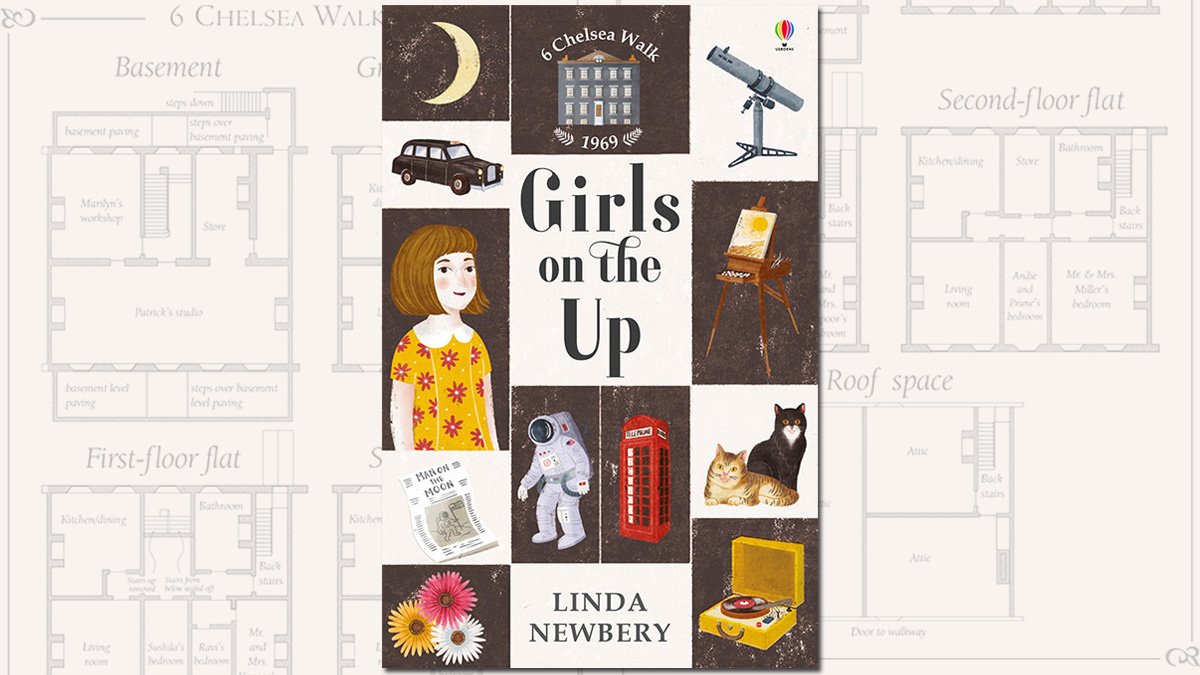 Girls on the Up by Linda Newbery is the final book in the 6 Chelsea Walk collection (previously called the Historical House collection), with other books in the series penned by Ann Turnbull and Adele Geras. Each book in the series, which can be read in any order, follows one of six fictional young women who all lived at the same address at different times between 1764 and 1969. Girls on the Up is set against the backdrop of the swinging sixties, over the weeks of July 1969 when all eyes turned to the moon.

Twelve-year-old Andie is staying at 6 Chelsea Walk for the summer along with her parents and elder sister Prudence. Prue longs to become a model and spends her days window shopping along the fashionable Kings Road, but Andie dreams of becoming an artist and prefers visiting London’s many galleries or painting at home. This summer is a dream come true for both of them. Andie is especially excited to learn that two professional artists live in the basement flat along with their daughter Kris, and soon she also befriends Ravi, the shy boy from the middle flat who spends his nights stargazing on the roof and encourages Andie to join him.

As summer wears on, Andie is inspired more and more by the excitement around the imminent Apollo 11 moon landing and spends her time painting dreamy moonscapes and secretly stargazing with Ravi, but will she gain the courage to show her art to her new friends before her family has to move out?

This is a short, sweet middle-grade story that will help bring the moon landing era into a wider social context. The book is filled with real historical details, from Prue’s favorite magazine to the shows on the TV and exhibits in the Science Museum. Andie and Kris go along to the free Rolling Stones concert that took place on July 5th in Hyde Park (I wonder if she sat near my Dad, who also attended that show?) and all the details from this scene are accurate to what really happened such as Mick Jagger reading a poem for the recently deceased Brian Jones. Prue frequently discusses fashion designers, stores, and bands of the era, and every time I ran a detail from the book past my mother, who was a British teenager herself in the late ’60s, it checked out.

Away from factual details, the cultural changes of the 1960s are on full display here as well. Andie’s parents are very traditional and worry about the influence “swinging” London might have on their daughters. Andie’s mother disapproves strongly of the artist couple in the basement flat who aren’t married to one another, referring to them as “not the sort of people we usually mix with” and she is horrified to hear that Andie attended the Rolling Stone concert, concerned that the park would have been filled with “flower people and all kinds of carry-on,” not to mention drug dealers and pickpockets. It’s easy to forget how quickly culture has changed and Girls on the Up helps to bring life for young women in 1969 into an understandable context.

Back to the moon, and the Apollo 11 mission forms the framework that this entire story hangs on. Girls on the Up begins roughly two weeks before the mission launches and all the major events are seen from a British perspective. Andie, Kris, and Ravi go to the Science Museum together in order to watch the live broadcast of lift-off on a color television, Ravi’s parents host a late-night viewing party so everyone can watch Neil Armstrong’s first steps at nearly four am, and the book ends shortly after splashdown and the astronaut’s return to Earth.

Andie takes inspiration from the Apollo 11 mission, coming to believe that if men can go to the moon, her dreams of becoming an artist can come true too. It’s inspiration Gen X, Millennials, and Gen Z have missed out on with no moon landings since 1971 and future missions to Mars still a distant dream, although I hope that one day soon, we will all be glued to our TVs again to watch another momentous first step to inspire millions. For now, books like Girls on the Up help us to imagine how it was for our parents and grandparents seeing that very first giant leap for mankind. 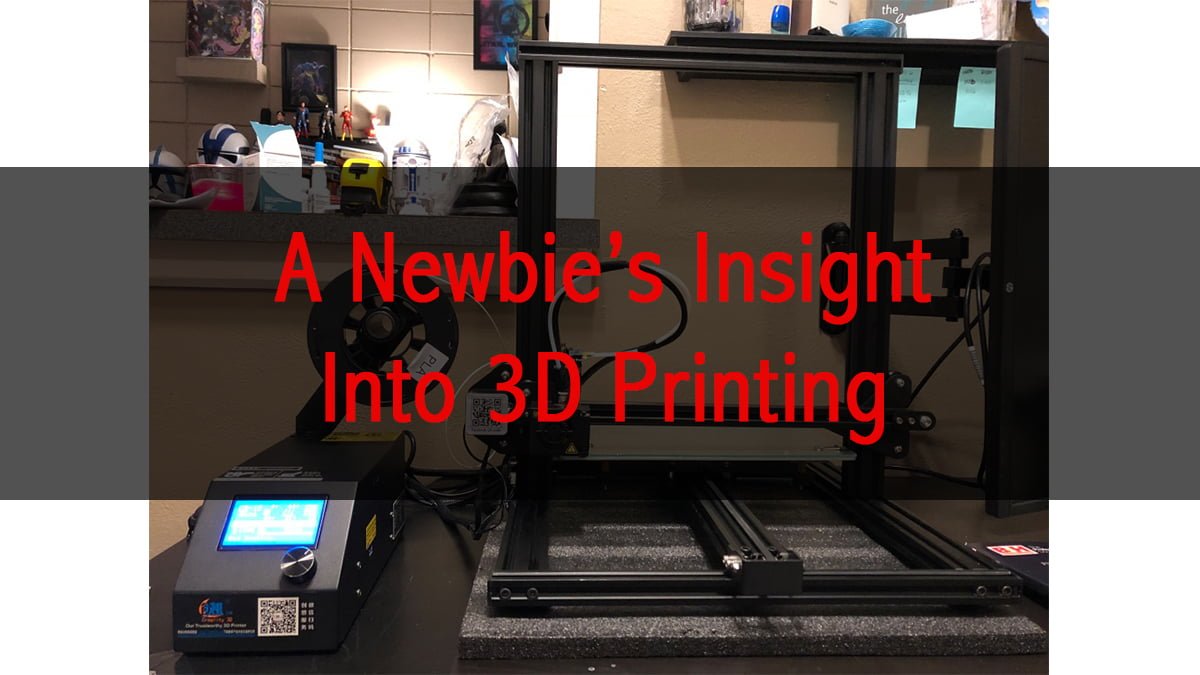 A Newbie in the 3D Printing World