A group of moms I know (including myself) have  been on the look out for fun group card games for game nights designed for casual gamers. Our goal was to get different games so we could eventually rotate homes with a variety of games being offered up. So I was delighted when Goliath Games sent me a complimentary copy of Stuff Happens: Parenting Edition.

What is Stuff Happens: Parenting Edition?

Stuff Happens: Parenting Edition is a card game for 2+ Players Ages 13+ and takes 15+ minutes to play depending on group size. It’s a companion game to Stuff Happens and can be combined with the original version or played by itself. There’s differences in mechanics, but is clearly targeted as a large group game like Cards Against Humanity or What Do You Meme?

The game contains the following:

The cards are quite sturdy in themselves and should be able to withstand quite a few game nights. The material they’re made of feels a touch more resistant to spills or stains, which is a big deal when being played at events where food and beverage incidents might be more likely.

The goal of Stuff Happens: Parenting Edition is to be the first player to get 10 Horrible Situation Cards in their Lane of Pain.

Set up is fast and simple. The card deck needs to be shuffled up (make sure to give it a thorough shuffle the first time you play as the cards appear to be in “Misery Index” order. Then each player gets three cards with the rest making the Draw Pile. Players create a Lane of Pain and arrange their cards in order by the Misery Index located at the bottom of the card from lowest to highest. Now, you’re ready to play with the card dealer going first.

The game play has a pretty simple and straightforward mechanic. When it’s your turn, the player to your right draws a card from the Draw Pile and reads you the Horrible Situation on it without showing you the Misery Index number. Low on the Misery Index is “Kid Flips a Canoe,” medium is “Run Over Kid’s Bike,” and high is “X-Ray Finds Lost Toy.” The Misery Index rating takes into account things like anxiety level, emotional trauma, and long-term psychological damage. It’s your job to guess where the card fits on your Lane of Pain. Is it less miserable than your current cards? More miserable? Between two cards? You must assume the worst case scenario for each situation so if the Horrible Situation is that your kid is stuck up a tree, then assume there is no ladder or rope you can use, and the fire department must be called. If you guess correctly, you get to take the card and add it to your Lane of Pain in its correct place. If you guess wrong, the card can be stolen by another player.

If you are not correct when you make your guess, the other players (in order) get a chance to make a guess on where the card would fall in their Lane of Pain. If they are correct, they steal the card. If it comes back to the card reader and no one guesses correctly, it goes to the Discard Pile.

The game ends when one player gets ten cards in their Lane of Pain.

Why You Should Play Stuff Happens: Parenting Edition

Overall, the game is a fun addition to casual group games. The Horrible Situations are things that could easily make up story lines in family comedies like The Middle or American Housewife, and most of the cards are the type where if a kid comes running into game night to get a snack you probably won’t worry about them overhearing anything too shocking. We had cards like “”Marbles Lodged in Nose,” “Mud Tracks,” “Noise Complaint at Your House,” and “Poison Ivy.” The most “eyebrow raising” card we came across was probably “Personal Massager for Show & Tell,” but overall it felt like this game was probably more likely to go over well in groups that other party/group type games might be a little too raunchy or offensive for (like Cards Against Humanity). The Horrible Situations are so relatable, that you can’t help but to wince or groan at some of them, and in a big enough group you’ll find players with stories to go along with those cards. The further along you go, the trickier the game gets as you have to make more specific judgement calls on where a Horrible Situation rates. A clever player can try to use what they know about failed guesses to make better guesses of their own to steal cards.  The game is a Wal-Mart exclusive and their site sets the price at $19.97. It would make a fun gift for another parent friend or as a Mother’s/Father’s Day gift. I could even see the Horrible Situation Cards being adapted for a baby shower game if there’s too many shower attendees to actually play the game itself.

How to Buy Pokemon Cards This Holiday Season 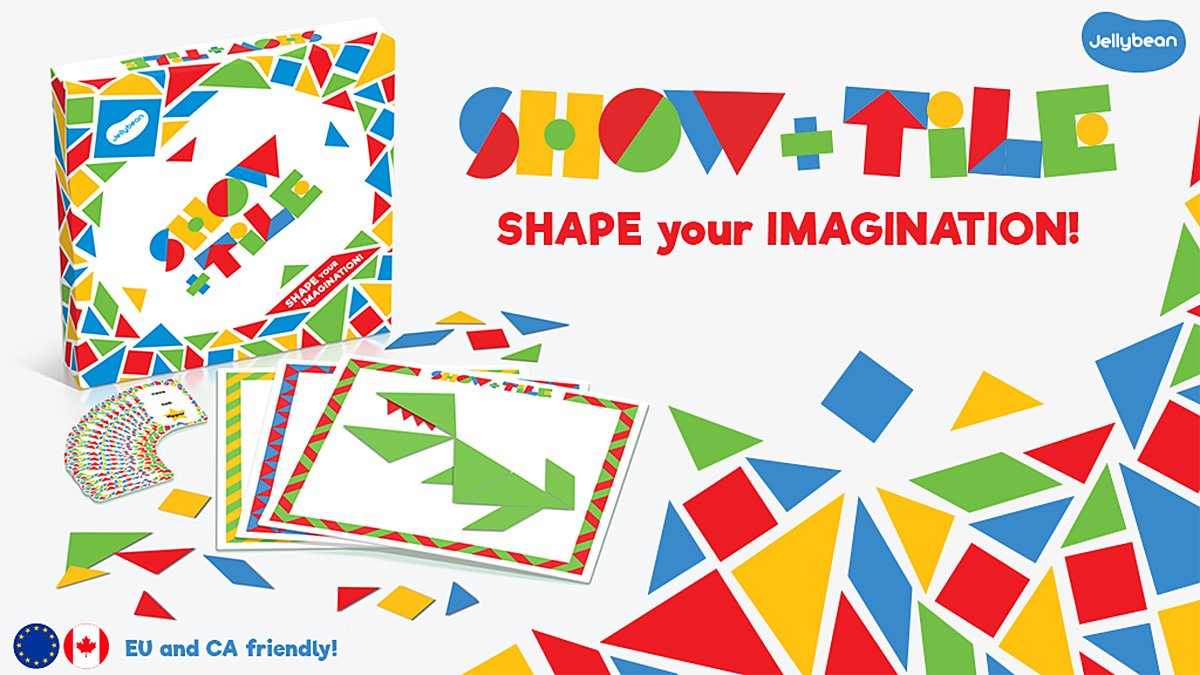 ‘Show and Tile:’ The Game of Abstract Tangram Artistry