Normally, I wouldn’t be that excited about a reboot of a classic series, but I’m getting ready for this one. Part of the reason is Peele is emerging as one of the best new horror and thriller storytellers today. He knows how to mix the classic with the contemporary and spin a scary tale. He’ll also serve as host to an ever-growing cast of stars who want to be part of this series like John Cho, Adam Scott, Ginnifer Goodwin, Tracy Morgan, Kumail Nanjiani, and Seth Rogen, for starters.

This isn’t the first time The Twilight Zone has been brought back. The first revival lasted three seasons from 1985 to 1989, with actors Charles Aidman and later Robin Ward serving as narrators. This has some pretty impressive casting credits, including Morgan Freeman, Helen Mirren, and Bruce Willis, with Wes Craven directing several episodes. The theme  (and some of the other music in the series) was provided by The Grateful Dead.

The second revival wasn’t that long ago, in 2002. This one had a much more modern twist, with music by X-Files theme composer Mark Snow and a heavy rock intro theme by Korn’s Jonathan Davis. Forest Whitaker, who has won several acting awards and some great geek cred with Rogue One and Black Panther, was host and delivered the narration in a soft-spoken, more conversational tone. This one had several new stories, but also included remakes and sequels to classic episodes. Despite featuring a large cast from Jason Bateman to Method Man, it only lasted one season.

Both of these series were actually pretty good, and I recommend checking out some old episodes if you can find them. I suggest “Crazy as a Soup Sandwich” from the first revival, written by sci-fi and horror legend Harlan Ellison about a con man trying to literally escape his demons. If you can’t pin down the episode, there was a comic book adaptation of this story written in 1991. Happy hunting.

From the second revival try, “The Lineman” starring Jeremy Piven as a lineman who can hear people’s thoughts after getting struck by lighting, directed by Jonathan “Commander Riker” Frakes. It has just enough humor from Piven before the unsettling madness kicks in.

For this latest series, from what we’ve seen so far, Peele has absorbed and reimagined the spirit of Serling with an enthusiastic decorum, but another reason I’m excited is watching scary anthology series was a guilty pleasure of mind as a kid and teenager.

I would watch the late night reruns of Twilight Zone, Night Gallery, and other spooky series late at night after the family was in bed on little 13″ portable television my mom had won at a fundraising raffle. I had an old beanbag chair tucked into the back corner of the dining room, because that was where I could have my back safely to a wall where nothing could get to me. Looking back, I’m so glad there was no Stranger Things because now I know even a solid wall isn’t safe.

I would absorb these stories like an eerie addiction, knowing I was going to pay for it later with lack of sleep, nightmares, and not being able to walk down our old, spooky hallway, because I knew “that thing” (whatever “that thing” for any given week) would be right around that corner to the left.

Yet, I loved it! I loved the thrill. I loved the twist endings, and the occasional moral and social lesson that was presented without preaching. Not all of them were lessons, thank goodness, as Serling also knew the value of stories that were just there to entertain and scare us silly. I loved introductions from Serling and the whole dreamlike aura of not knowing what spooky path we would head down next. I still do, but by now I’ve seen pretty much all the episodes. We all already know what happens when Janet Tyler removes her face bandages in “Eye of the Beholder,” we’ve seen the same gremlin William Shatner has seen in “Nightmare at 20,000 Feet,” and we know the secret ingredient in “To Serve Man.” The stories are still great, but the mysteries are all revealed.

Now, Peele is giving us more new doors to open and revealing more new stories we haven’t yet discovered. Since there’s less than a month to gather your popcorn and find a safe beanbag chair-filled corner, make sure you catch up on some classic Twilight Zone episodes, and take a peek at some other creepy favorite anthology shows.

This science fiction anthology didn’t have any affiliation with The Twilight Zone but is set up in a similar way with opening narration and stand-alone episodes. Vic Perrin, the same voice Disney fans remember on the original Spaceship Earth attraction, was the voice “controlling the set.” Some of the aliens and creatures were both horrifying and memorable (that mutant with the eyes… shudder), and some of them can be seen “recycled” for other science fiction series including the original Star Trek.

Try to take a look at the episode, “The Chameleon” starring Robert Duvall. Aliens have landed, but it isn’t them whose dark nature is revealed.

The series revival for Syfy in 1995 lasted five seasons. One episode that still gets to me thinking is “The Sentence” with David Hyde Pierce, where we see a life sentence served in the brain of the prisoner in 30 seconds.

They revived it in 1985 with new stories set to a colorized version of Hitchcock’s intro, but these just don’t hold up as well as the originals.

Hitchcock didn’t direct every episode in this series, but serving as host for it helped make him even more recognizable as a filmmaker. He drew the famous profile as his silhouette walked into at beginning of each episode, as he started in the movie business drawing title cards for silent films.

Even Charles Gounod’s “Funeral March of a Marionette” can’t be heard without thinking of this show, even though it predates the series by nearly 100 years.

Although Hitchcock delved more into the darkness of the human spirit than ghosts and goblins, but I really liked one of the few episodes where he touches on the supernatural, “Banquo’s Chair,” for its beautiful look and surprise ending.

Here is Serling’s transition from the classic, sleek ’60s to the mod 1970s, where the offerings include more straightforward horror and ghost stories than science fiction. Each episode is introduced with a brief “art talk” on an eerie painting, giving us a hint to the episode. Some of these paintings were horrible enough to give you nightmares.

A good episode to try is “Pickman’s Model,” based on H.P. Lovecraft’s 1927 short story. This one is the true embodiment of what Serling called the “museum of the frequently morbid.”

That pretty much sums up the “gallery.”

Tales From the Crypt

This horror story anthology based on the 1950s horror comic has got to have one of the creepiest intros around…from the first-person perspective traveling down in the tombs where the Cryptkeeper awaits to deliver the shrieking jump scare to Danny Elfman’s pounding theme music and creaking doors.

Since it aired on HBO, it was able to get pretty graphic at times, which is on par with the grindhouse-style stories it told.

I look at this series as a pure shout out to the old gruesome campy monster fests featuring hosts like Vampira, but it is the dark humor mixed with “dad jokes” from the Cryptkeeper (voiced by John Kassir) that is the reason to watch. There has been some talk about a new series in the future, but I have seen nothing definitive yet.

One of the best-done episodes is the World War I story “Yellow,” directed by Robert Zemeckis, as it shows the real-life horror of war. It’s also cool to see film legend Kirk Douglas in an episode. He plays the father of the main character, played by his real-life son Eric Douglas.

If you want to be scared without the graphic images, there’s are eight radio dramas from 2000 floating around hosted by the Cryptkeeper.

“Thanks to the technological revolution, we have the power to rage and accuse, spout bile without consequence.”

This current series was inspired by Twilight Zone and other series, but it tackles more contemporary—and mostly tech-oriented—issues.

What I like about this is it is the brainchild of British writer Charlie Brooker, who has given these stories some pretty edgy humor. Like Tales From The Crypt, though, it is suggested for “mature audiences.” The series is also filled with plenty of references and Easter Eggs to other episodes. There is no lead-in narrator.

A fifth season is set to come to Netflix (hopefully, this year), but all the older episodes are still available for Netflix and chill… Er, I mean chills. Since these are still currently accessible, start with “White Christmas” starring John Hamm, but don’t forget to give the standalone “interactive film” Black Mirror: Bandersnatch a look, as it has a neat immersive presentation where the viewer helps control the story.

When March comes to a close, I look forward to Peele opening that doorway to The Twilight Zone for us again. If anyone can do this series proud, I have confidence he can.

The new Twilight Zone will unlock a whole new door with the key of imagination April 1 on CBS’s All Access streaming service. 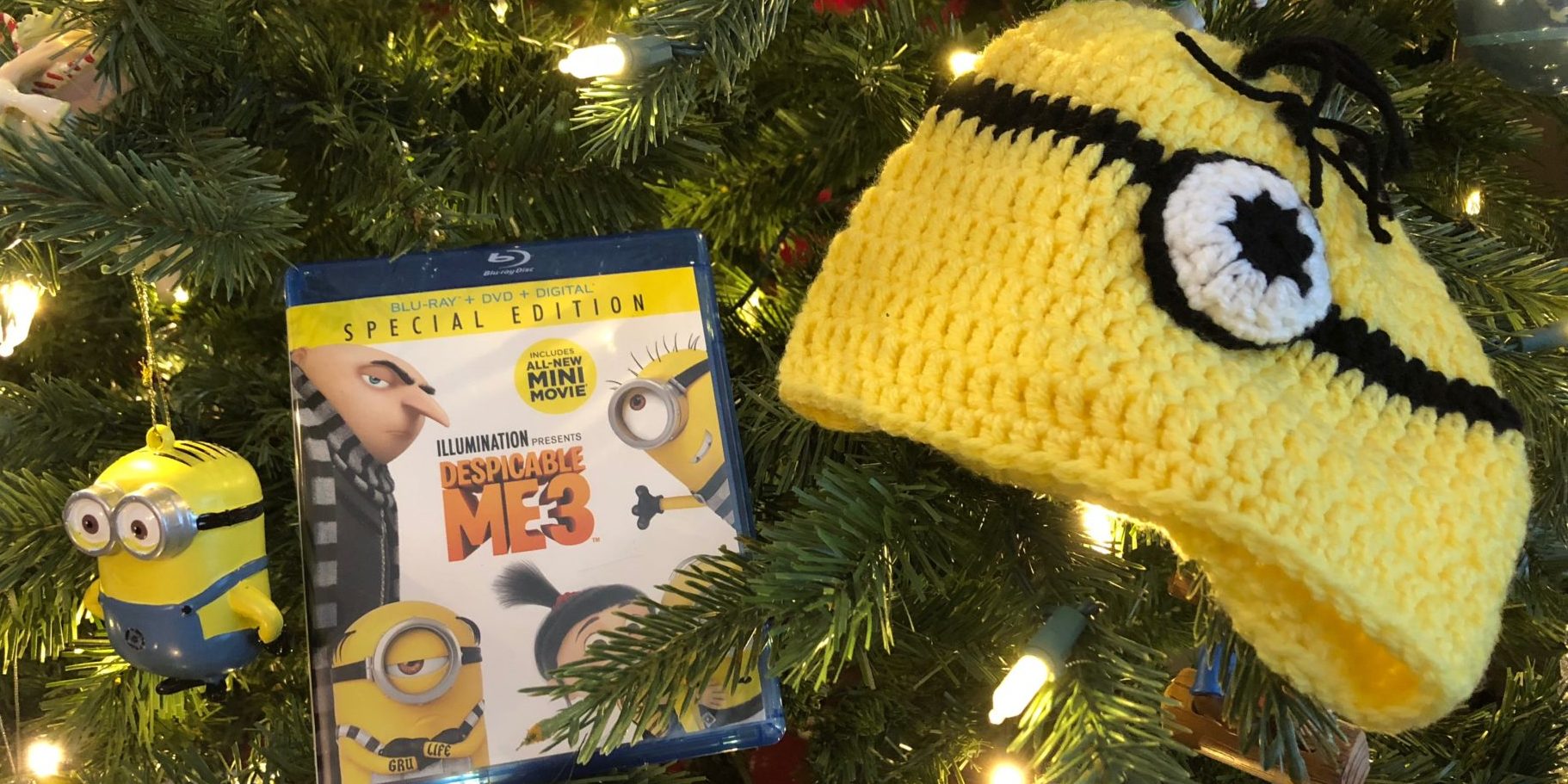 Get to Know: The Inhuman Royal Family 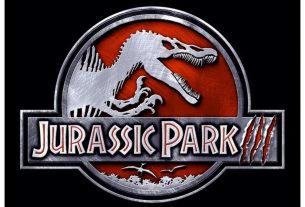