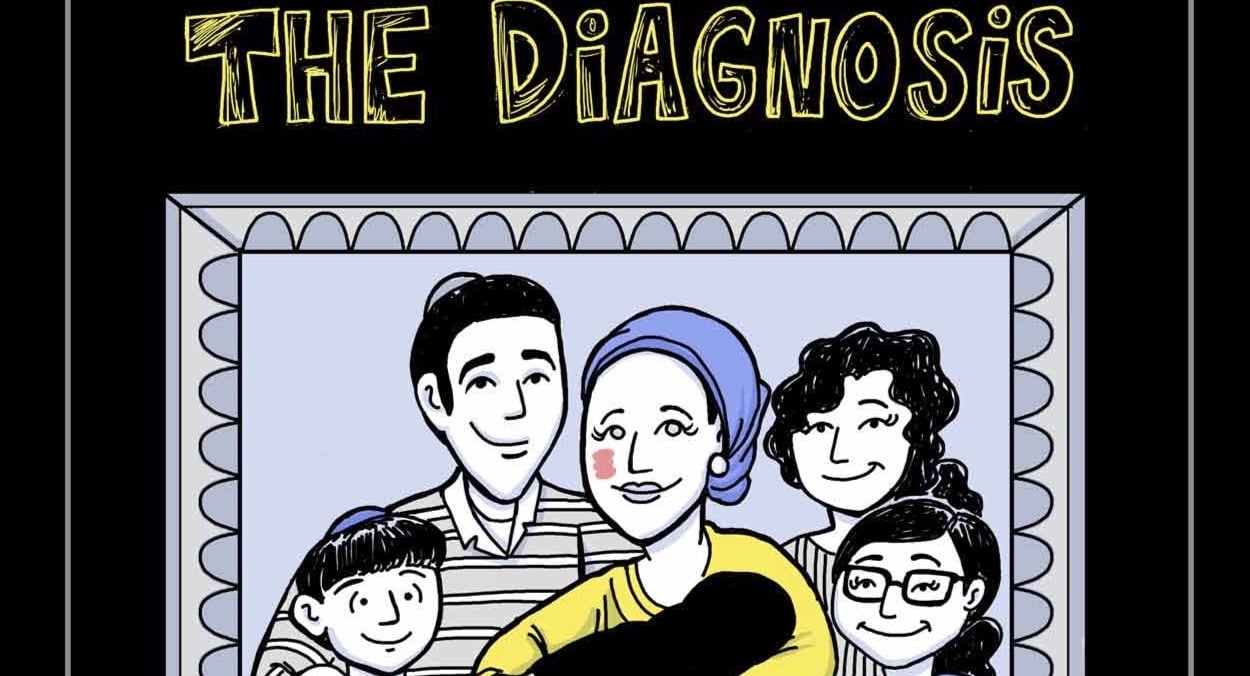 In recognition of that day, GeekMom spoke to one of the creators of a brilliant and heartfelt comic, “The Diagnosis: The True Story of Dani W.”

Dani W. happens to be GeekMom Dani, who wrote several pieces about her journey to becoming the mother of her son, Chuck, a baby with Down Syndrome.

“The Diagnosis,” a ten-page comic, was written Dani and Chari Pere, with art by Chari Pere, and follows the pregnancy journey of Dani to the birth of her son and beyond.

First, go read it. You need to read it. The full comic is at the link in the second paragraph but here is the first page:

I spoke to Dani and Chari this week about writing the comic and what played into her decision to work with Chari and create “The Diagnosis.”

GM: How did you decide to do a comic together? Did you know each other previously?

Dani: Chari and I met on Facebook via her husband Eli, who’s my friend from college. We were virtual friends for a while before meeting in person in NY [New York] when my son was an infant. Chari is familiar with my story and read the pieces I wrote for GeekMom. She approached me about writing this piece to join other work she’s done on the complex parts of life that most people don’t discuss.

Chari: I’ve known Dani for years now. The first time I remember encountering her was when our families met at a children’s museum in NY [New York.] My husband knew Dani through college, and I took an immediate liking to her. We were Facebook friends for years after that and solidified our friendship IRL when we were on the same Passover hotel program a few years back.

The more I got to know Dani as a person and saw her writing and Facebook posts, the more I was a fan of hers. I think it’s safe to say that she’s one of my favorite people in the world. When she was pregnant with her youngest, I was pregnant with my daughter. I was extremely moved by her openness as she shared her experience of finding out about her son’s Down Syndrome diagnosis. I followed her journey closely, prayed for her when asked for prayers, celebrated over every positive post.

Two years ago I launched my “Cartoonmentary” (Cartoon + Documentary) comic series online, sharing my personal story about my miscarriage. Last year I released a follow up comic about a miscarriage from a husband’s perspective, “Michael’s Miscarriage“. For my third comic in my series, I wanted to share the story of an experience about what happens on the other side of the journey: when a pregnancy is viable but had life-changing complications. After following Dani’s journey for years, I reached out to her about a collaboration. Working with her has been a pleasure every step of the way.

GM: How did it feel to finish the comic? Exhilarating? Exhausting?

Dani: This piece was in the works for over a year as life happened around it. While I’ve been writing for a long time, I’d never written a comic before. Chari and Eli, and their editing team coached me through the writing and pacing. It’s exciting to finally show it to everyone!”

Chari: Rewarding. We first started officially working on the comic in February 2018. I initially tested the comic at a speaking engagement that I had in Atlanta last summer when it was just a pencil version. The reaction was incredible. The intent for this comic is to help those in similar situations, especially for those who might not feel comfortable outwardly discussing their emotions.

It also is a resource for those who want to help understand their friends’ situations a little better. What’s wonderful about the comic medium is that it truly allows you to view an experience from point of view of the person sharing their story. It’s not just words on paper; you are viewing the story through their eyes. Whenever a new comic launches, it’s always exciting but nerve-wracking too. You hope that you do the experience justice and that it reaches those who truly need it.

For those who need resources to help with a baby with Down Syndrome, especially parents dealing with a new diagnosis, Dani recommends the Down Syndrome Diagnosis Network and the National Down Syndrome Society, which does advocacy and runs the Buddy Walk.

“DSDN was really helpful during the prenatal stage and we moms who were pregnant at the same time are in a FB group for support,” Dani said. “If you need help, they are there.”

When the ‘Strong Female’ Trope Becomes the ‘Emotionally Unavailable’ Trope