One year ago today was the worst day of my life.

It was Tuesday morning, around 11:30. My husband was at work, my kids were at school, and the phone rang. It was my OB calling with my blood test results. I had gone for my nuchal screen 8 days before, and as with my first 3 kids the doctor quickly assured me that everything looked perfect.

That morning when my OB called she had both my blood hormone level results as well results from some genetic testing. When I showed up in her office as an Ashkenazi Jew, married for a decade, and a Tay-Sachs carrier, she wanted to run genetic tests to cover what had been added to the panel since our original tests. I figured that it didn’t really matter. I was already pregnant, so if I was a carrier for something we hadn’t known about previously it was already a done deal.

The blood draw was done 3 days before my nuchal screen. I am not good at blood draws. I have vasovagal responses that have ended in not just passing out, but having a seizure during a blood draw. That day I lay down, held an alcohol swab to my nose, and powered through 11 vials of blood being drawn. I was doing okay until the finger prick – the nurse squeezed so hard that a fine spray misted across my skirt – and the world grayed out before my eyes.

It was during this visit with all the attendant anxiety that I was given a clipboard by a nurse with papers on it and told I needed to sign for my tests to be run. I nodded, signed, and focused on not fully blacking out. As soon as I could I walked out on shaky legs to pick up my 4-year old from school.

I answered the phone that morning with confidence. It was Chanuka; I’d just changed my profile picture to a menorah. She started by telling me that blood test results had come in, and my hormone levels were normal. She then asked, “Did you know you’re a Tay-Sachs carrier?” I replied that I indeed had known, and in fact, that was the first thing I had told her about myself when we’d met a few weeks earlier. “Oh, all right,” she responded. She continued, “Also, your test came back with a 99% chance that the baby has Down Syndrome.” Through my shock I heard her say that I would likely have questions, should speak with a genetic counselor, and could call her back when I wanted to. Then she hung up.

I sat with my shock for a few seconds, then fumbled at the phone, calling my husband. I called him twice, then I texted, then I called my sister. I couldn’t reach anyone. As I was hitting the point of maximum numbness combined with a rising panic attack, the phone rang in my hand. I looked at the screen, hoping my OB was calling back to say she’d read the wrong set of paperwork, but it was my father calling to check on me.

“Hey, hon, how are you doing?” he asked innocently. Before I could speak I started to cry. As my throat thickened I choked out that I had just gotten a call that the baby had Down Syndrome, and I was alone. I heard him choke up too as he asked what he could do to help. I asked him to track down my husband and my sister so I could talk to them.

When we hung up I was horribly alone again. I did what I always do when I’m upset: I began to research. Through my tears, I began to read up on the available testing for Down Syndrome.

I quickly called my doctor back.  There was a screen, a new one, non-invasive, that could test the baby’s genes. I wasn’t sure if my insurance would cover it as it was pretty new to the market, but it seemed worth a shot.

“I read about these new genetic tests where they isolate fetal cells in my blood. Can we do that test?”

“Well, it was the Harmony that came back positive,” she said. “If you want to try a different company you’ll have to do it somewhere else, that’s the only one my office does. I’m going to give you the number of a genetic counselor and, well, you probably aren’t going to abort for religious reasons, but you should still go meet with her.” How were we talking abortion about this beautiful little fetus I’d just seen the week before looking perfect? And how had they run a test on me I’d never heard of?

In a daze, I took down the information. Then I went back to the internet and began to read about these genetic tests again. Every single one required informed consent. I dimly recalled having papers shoved at me at her office. Was that informed consent? Being told to sign papers for a test I didn’t even know existed? I was reeling.

I turned to Google again. I needed someone to talk to. I’d reached my husband, blown his day to bits. I’d spoken to my sister, some friends. I’d gotten a mix of silence, sadness, and wild attempts to make me feel better. “You’ll be a great special needs mom” are not words you want to hear upon being told that your baby may have a life-long disability. I needed space to grieve and mourn, and for the most part, I wasn’t getting it. A few minutes of searching led me to a group called Down Syndrome Diagnosis Network with a number in Minnesota. So I called.

A woman named Heather answered my call. I apologized for the unloading that was about to come and filled her in on what was happening. All of my screens were normal, I had no risk factors other than being 35, and I just couldn’t believe it was true. Heather told me that given my lack of risk factors the test was closest to 50% accurate and that it was a screen, not a diagnostic. She also told me about her daughter Izzy, a precocious 3-year-old with Down Syndrome. Heather recommended I meet with the genetic counselor as soon as possible so she could look at all my tests results and risk factors and give us a better idea of what the odds were that the genetic screen was right.

I’m going to skip through the 36 hours of crying that followed. We went to see the genetic counselor my OB had recommended. I walked in with my eyes red, my eyelashes gone from weeping. We were there for an hour. We spent 30 minutes rehashing our family history of cancer and heart disease that had been well covered a decade earlier when we’d first seen a genetic counselor. I sat patiently and answered questions, assuming there was a good reason to be repeating this process.

The next 30 minutes were spent with her telling us over and over that the test was 99% accurate. I asked about positive predictive value, and she simply kept repeating the stat of 99%. All she had to say about Down Syndrome was that she recommended an amniocentesis.

When I declined for medical reasons, she said, “Oh, yeah, you won’t abort anyhow because you’re religious.” I couldn’t believe she wasn’t even hearing what I was saying. I am more than just an Orthodox mother in her office. I’m an individual, with my own pain, my own unique situation. I wasn’t even given space to express my own thoughts. I walked out fuming.

The next day I reached out to Heather again. She asked whether the genetic counselor had provided us with resources about Down Syndrome. I ruefully laughed. No, she had not! She had asked about how our grandparents died, she had made me feel like a moron for not scheduling an abortion on the spot, but nope. She hadn’t actually helped in any way. I was as confused and upset as I’d been before and felt completely alone. That’s when Heather got me in touch with some people to discuss the screen in more detail. 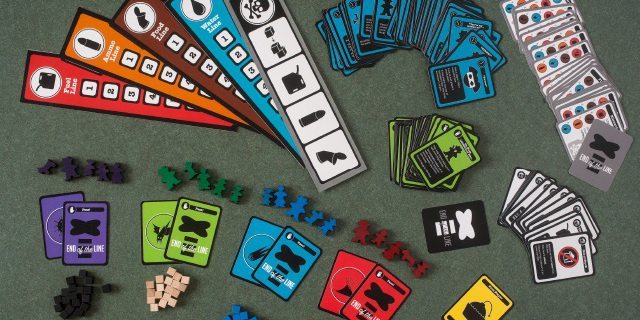 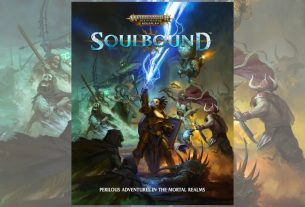 GeekDad: ‘AoS: Soulbound’ Why I’m Excited About the Mortal Realms.

3 thoughts on “Falling for Chuck, Part One: The Worst Day of My Life”