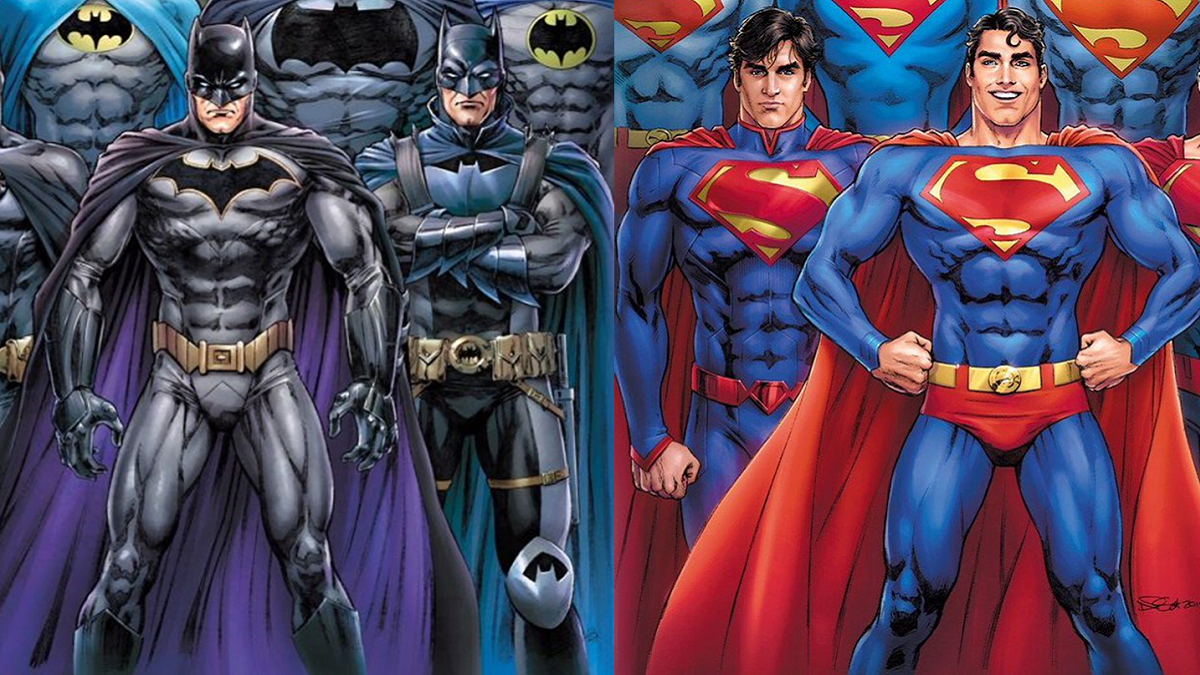 There will be much talk about the glorious history of the characters and what they’ve meant to the world. There is a bit celebration coming this weekend at Wonder Con.

There will also be reviews dissecting the content of those issues, as I did with my co-reviewer, Ray Goldfield, at GeekDad.

But this article is concerned with dissecting the content that isn’t there.

While Batman and Superman have been tremendously influential pop-culture icons, and Batman was an inspiration to me personally as a child in dealing with the sudden loss of a parent, DC’s over eighty years of publishing history with Superman and Batman has excluded creators belonging to huge swaths of American society.

There are creators who never had a chance to write these characters to make an impact on the collective imagination.

That’s because the adventures of these two characters have been penned, for the vast majority of their long publishing history, by straight white men and that continues to be so.

The credits in these milestone #1000 issues reflect that problematic history.

To break it down, first, let’s look at the creator credits, taken from the issues themselves, then we’ll dig into the percentages. 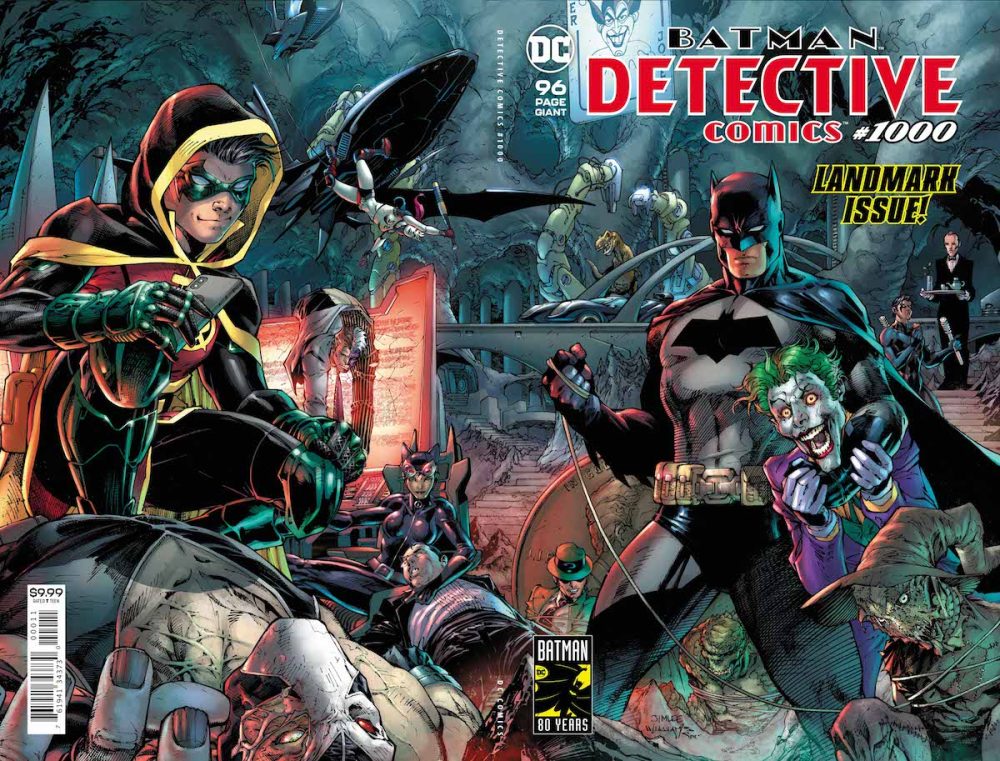 That’s 43 total credits. Of those, only fourteen are either women or people of color. 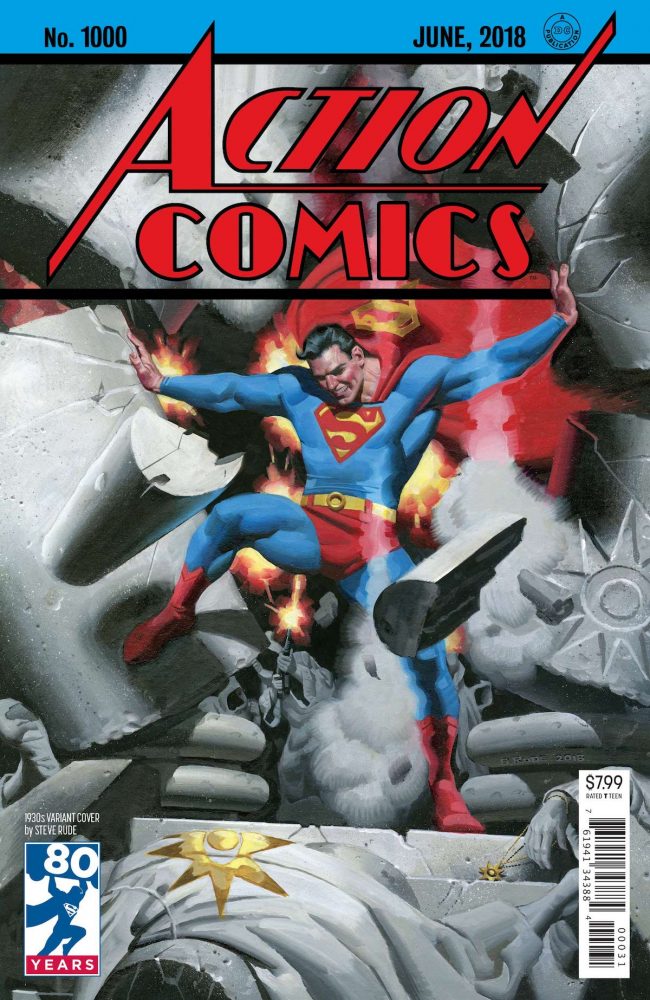 That’s 34 total credits for Action Comics #1000. Of those total credits, 9 can be counted as either women and people of color.

Here are those women and creators of color credited on Detective #1000:

Overall, approximately 33%  of the credits or 14 of 43 in Detective Comics #1000 are who are not either straight or white men or who are women, which isn’t great but seems substantial,  until you break it down further to creators on primary writing or art credits. (This is not to say colorists and inkers are not important–they’ve vitally important to the creation of a comic. But it’s the primary writer and penciller who makes the choices on the narrative of the story.)

These were the creator credits for those not men or not-white:

The first thing that jumps out at that list is that Priest and Glapion are the only Black creators in either edition, among SEVENTY-SEVEN creator credits. That’s two credits.

Similarly, James Tynion IV is the only openly LGBTQ+ creator in the whole batch as well. That’s 1.27 percent. According to Gallop, approximately 4.5 percent of the American population is LGBTQ+.

As for women, who make up 50.8 percent of the population, the percentage represented by their work in these two issues is 10.13 percent.

These numbers are a stark reminder of how segregated DC Comics has traditionally been and how it remains so in the primary creative work, despite some advances recently, which including Tynion’s excellent run on Detective Comics.

So far as I could determine, the only Black writer to have a run on Detective Comics has been Bryan Edward Hill, with a short arc just this past year. Priest, the current writer on Deathstroke, has written Batman but has never been the writer of a solo Batman title.

Jim Lee, of course, has a long and storied history as a Batman artist and is also Co-Publisher and Chief Creative Officer of DC Comics.

There was room to showcase some new talent on the anniversary issues as some of the choices for these anniversary issues are baffling. For Action Comics #1000, Brad Meltzer? He’s not associated with the character and is best known as a novelist and the person who brought us Identity Crisis. Tom King is an acclaimed writer and his story in Action Comics #1000 is lovely but he’s never written Superman in one of his own books either. There was room to diversify this lineup or even add pages, had DC Comics had the will.

These creators aren’t even close to the full pool of available talent, but they are creators who’ve worked for DC recently (save for Grayson) and thus might be good candidates for Detective Comics #1000.

It’s good Louise Simonson had a story in Action Comics #1000 but, she’s the ONLY women writer on that book.

It is no wonder I keep complaining that the people producing stories about Lois Lane keep doing it wrong. She’s rarely been written by a woman. It’s quite possible for a man to write women well–see Greg Rucka and Wonder Woman and, hopefully, the new Lois Lane book—but if you have zero or a tiny percentage of female creators, and 99 percent men writing the character, the odds of finding a Rucka or a Kurt Busiek get much longer.

To say nothing of missing the stories that a more diverse creator pool would have given us.

Just these last few years, Gene Luen Yang created the delightful New Super-Man and other wonderful Chinese superheroes for that book. Greg Pak had a nice take on Superman in Action Comics and Batman/Superman, though his run on Action Comics was punctuated by having to write around some lousy editorially-imposed storylines, such as Lois outing Superman to the world.

Neither Greg Pak or Gene Luen Yang had a story in Action Comics #1000.

DC cannot do anything about the past history of failing to be more inclusive in its hiring. But it had a chance to make a statement that all are welcome, creators and readers, in their universe with these anniversary issues.

Instead, these issues only spotlight who’s been left out. Again. 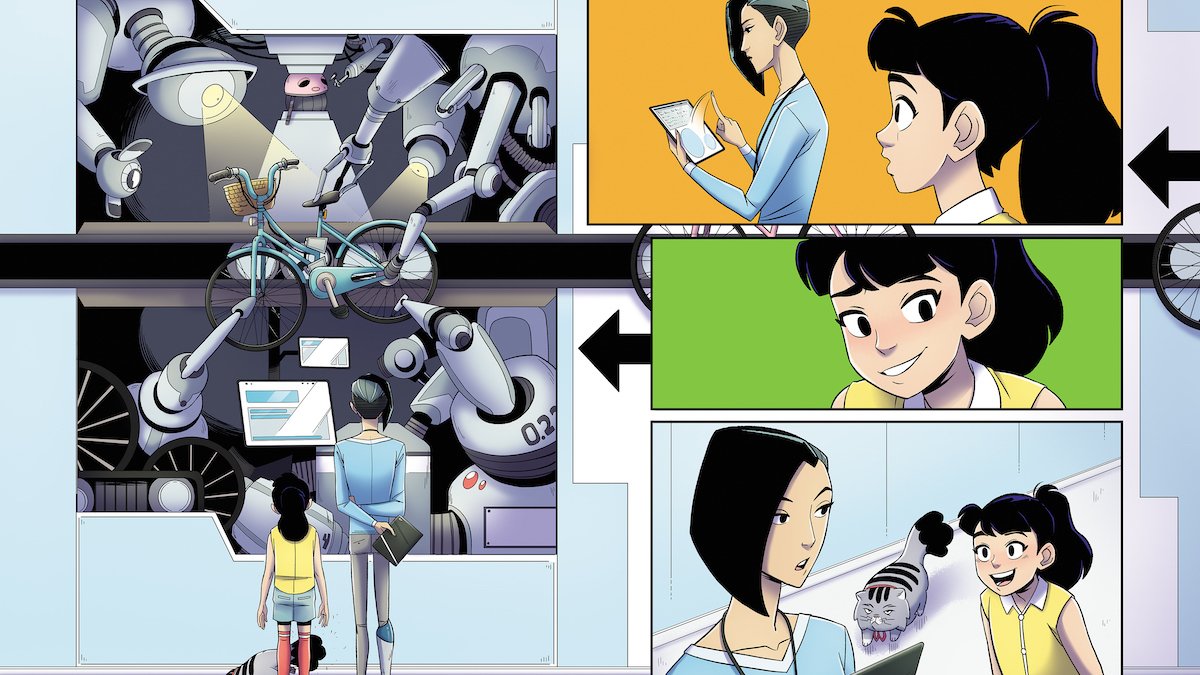