It’s hard not to think about Captain Marvel (the movie) without thinking of how it empowers every female in the cinema. And let’s face it: That’s what this movie is going to do.

But you know what?

Note: Slight spoilers (tiny but a quote here and there) below the photo. 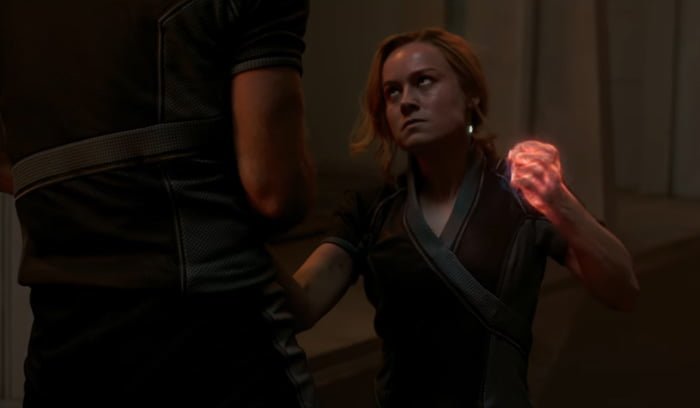 “I have nothing to prove.”

Now I’m going to start off with one very important, very loud statement:

There can be more than one female superhero movie.

Did you hear that in the back row?

Right now, there is a bunch of white male writers comparing Captain Marvel to Wonder Woman because that’s the only way their minds can handle more than one female superhero at a time. As I write this, we’re Day 2 after the media embargo has been lifted and already I have counted 12 movie reviews comparing CM and WW without any discussion of CM on its own merits.

And if we’re going to do comparisons, let’s have a quick look at how many reviews compared Iron Man with Batman in the first week of release? I found one. How about comparing Captain America with Man of Steel? One. There was another one about a month later.

I’m detecting a bit of bias there, boys.

I attended a preview screening of CM with possibly the best people to watch it with: members of my women-only comic book club, Queens of Kings. Yes, women who know about Carol Danvers and the long history of character development. Women who were looking forward to a great night out watching a movie and chatting about comics.

Overall consensus: We loved it.

Speaking with the group after the movie provided me with great insight as to why this movie appeals, and how we can appreciate both the Captain and the Goddess.

Siobhan: Wonder Woman is a goddess, coming to terms with man’s world. She hasn’t had the same struggles as Cap against people not believing in her because of her gender. Wonder Woman’s story is one of being brought down to earth and working to make it a better place, Cap’s is one of hard work and rising above for the greater good and embracing her power.

Wow. Who would have thought? CM is a different movie to WW! And maybe we can like both? That’s AMAZING!! </snark>

Seriously folks, it is so frustrating to read so many male reviews telling us we should be happy with the Wonder Woman movie. Did you really think one movie was going to encapsulate the personality of the entire female population?

My first superhero movie was Supergirl, back in 1984. Yes, Supergirl. And she rocked. The movie was horribly camp, even for the 80s. But it was fun. And it was inspiring. And it was an awesome opportunity for girls my age to have a movie for us, rather than relegating us to the sidekick, heaving bosoms, or metal bikinis.

The next stand-alone I remember is Tank Girl, 10 years later. During which time we had a plethora of Batman and Superman movies. Oh, and I was supposed to be happy with the cinematic depiction of Batgirl by Alicia Silverstone.

(By the way, we’re skipping over Halle Berry’s Catwoman. She asked me to. And I completely agree.)

Which takes us up to Elektra in 2005. Wow. That’s three movies over a 20-year period. We have been starved for decent representation in this genre. There is no way these three films capture the diversity of women in the world but for some reason, critics couldn’t understand why we were so excited when Wonder Woman was released.

It was refreshing to have a movie starring a female, directed by a female, written by a female. And yes, we did notice the difference. Most noticeably was the absence of the camera panning up Wonder Woman’s thigh, as per Batman v Superman.

I feel a little sick even typing that. Thank you, Patty Jenkins, for giving us a movie that wasn’t all about T&A. But in comparison to the selection available to males (who, by the way, some of them also enjoy seeing a good strong character on the screen – even a female one), it is disappointing to hear the same loud voices telling us “here is your sandwich; stop asking for the lobster”.

How We See Our Female Superheroes

Lauryn: I loved the costume design. It was refreshing to see practicality and not have boobs out in every scene. I know what Wonder Woman was going for but Captain Marvel didn’t compromise. She shouldn’t have to. That’s what this movie is about.

As within any growth in the community, Captain Marvel has taken us even further, higher, and faster with our superhero expectations. Having a female star, and a predominantly female production team makes a HUGE difference to the presentation of the film.

Black Panther is probably the greatest example of a movie that embraced the power of its costume design (and was appropriately recognised for it, thank you Oscars). Each of the strong women in the movie were dressed with care and respect, both for culture and character. This is an important observation for the entire costume design and not only the superhero outfit. 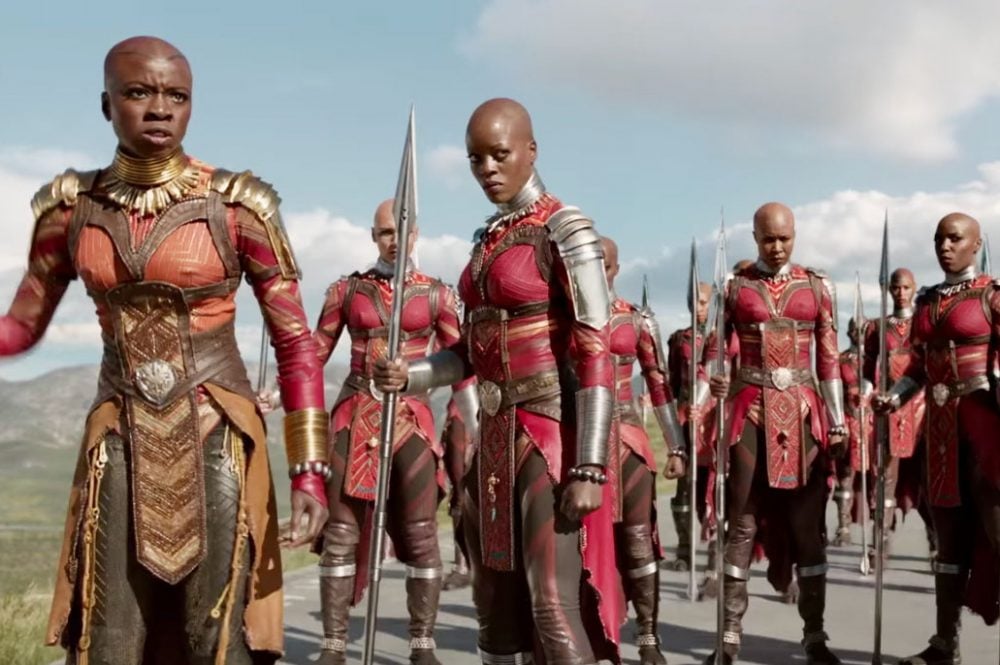 However, on that note, I am grateful to not see a single short skirt anywhere in Captain Marvel, civilian or superhero.

Jesse: Fun movie. Enjoyed the soundtrack and having it mostly separate from the rest of the MCU is kinda a relief. A good break from the crowded feeling of Avengers.

Placing Captain Marvel outside the general MCU timeline perfect for taking a jump to the left and re-grouping before the next Avengers installment. We already have such a huge and strong centre-stage of characters, scriptwriters need to be careful about how they bring any new players.

Captain Marvel is an opportunity for a female to come into the battle and be a part of the solution. The complexity of her personality is no different to any other MCU character. In fact, even while she is marching through her stand-alone movie, Carol Danvers is still piecing together her personality despite her memory blocks. There is something liberating when she takes off at the end and you know just how much she is grown throughout the film.

The cynic in me also thinks this is a fantastic marketing ploy, and kudos to them if it is. Captain Marvel is just enough outside the timeline to create an opportunity for new Marvel fans to jump on board. And yes, that includes the younger generation of kids who are shouting out for more superheroes, crying out for more female superheroes, and this is the cinematic vehicle to take them there.

The soundtrack is definitely worthy of a mention in its own right. Marvel clearly understood the power of music following the success of Guardians of the Galaxy. Starlord’s use of music cemented his lost in time/space vibe and giving him something to hold onto while floating into his future. Music was equally important in Black Panther, this time used as a cultural reference rather than a time indicator.

For Captain Marvel, the soundtrack is both time and culture-specific. It is filled with 90’s references most younger fans won’t get (oh my geek, I feel old typing that). However, the cultural reference is equally significant. I think we were three songs in before I realised, “Hey. This is another female singer.”

By the end of the movie, I could only recall one song that did not include a female performer. This has never been achieved before and is even a bit of rarity on many radio stations. If we could see more equity in the representation for future soundtracks, it would be a game-changer for representation throughout the music industry. By my recollection, Tank Girl was the only other film that was remotely close to achieving this. However, I’m not hearing any reviews comparing that fact.

Maybe that’s what scares them?

Erin: She was an incredible role model for young girls and it wasn’t just her. There were plenty of awesome female role models. It was funny, witty, and beautiful in so many ways.

Captain Marvel carries this film, as she should because she is The Star. And yet, she is not alone. She, of course, has help. She is not saved or lifted up by others. She is either working alongside others (because that’s her job) or encouraging others to join her efforts (because the work needs to be done). This allows the perfect opportunity for some awesome female role models to step forward (some more surprising than others). Not because they are females but because they are simply there doing their job. Bonus points for having one of the healthiest, most natural displays of female friendship I have ever seen on the big screen.

Again, this is different to Wonder Woman, where there was a distinct division between Females and Males. Amazons and Men. There is no such division in Captain Marvel. In fact, there is a fair amount of equality across the board for female role models and it is a balance achieved with a natural feel rather than some tokenistic political agenda. But hey, if you really want to meet gender quotas, then let’s count Agent Coulson’s appearance as one for the guys, okay? How about a butt shot of Jackson or Law?

One more thing before I sign off, there is already talk about this movie being “too much pressure to live up to”.

Newsflash, people: That’s one of the underlying themes. Carol is constantly being told she needs to be better, to do better, to work hard to be “her best”. There is all this pressure for her to achieve, and in some cases achieve more than anyone else. And even with her sparkly fists, it is her tenacity and determination helps her get back up again. Every time.

The whole damn movie is about too much pressure on all of us to live up to. And it works. Brilliantly.

“I have nothing to prove.” 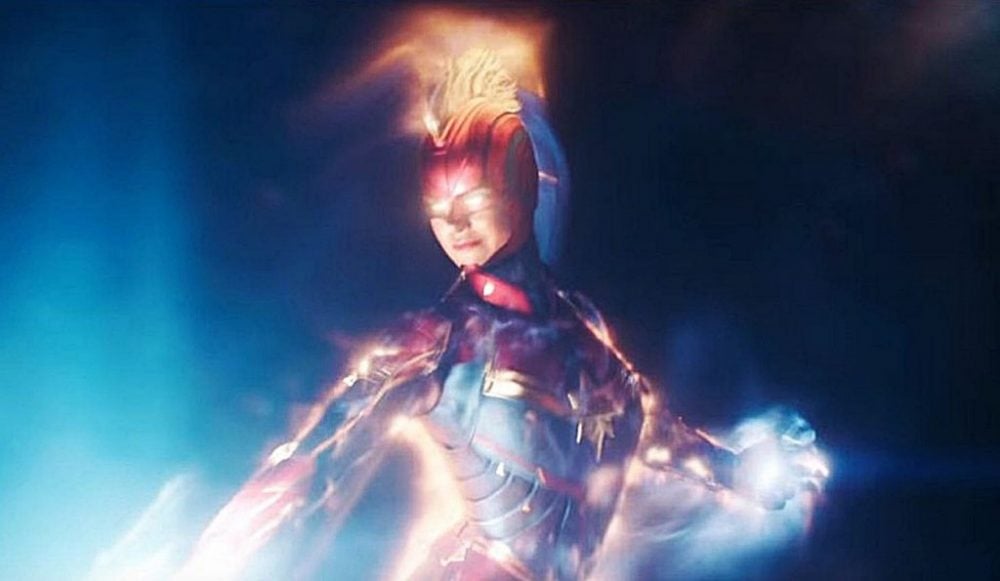 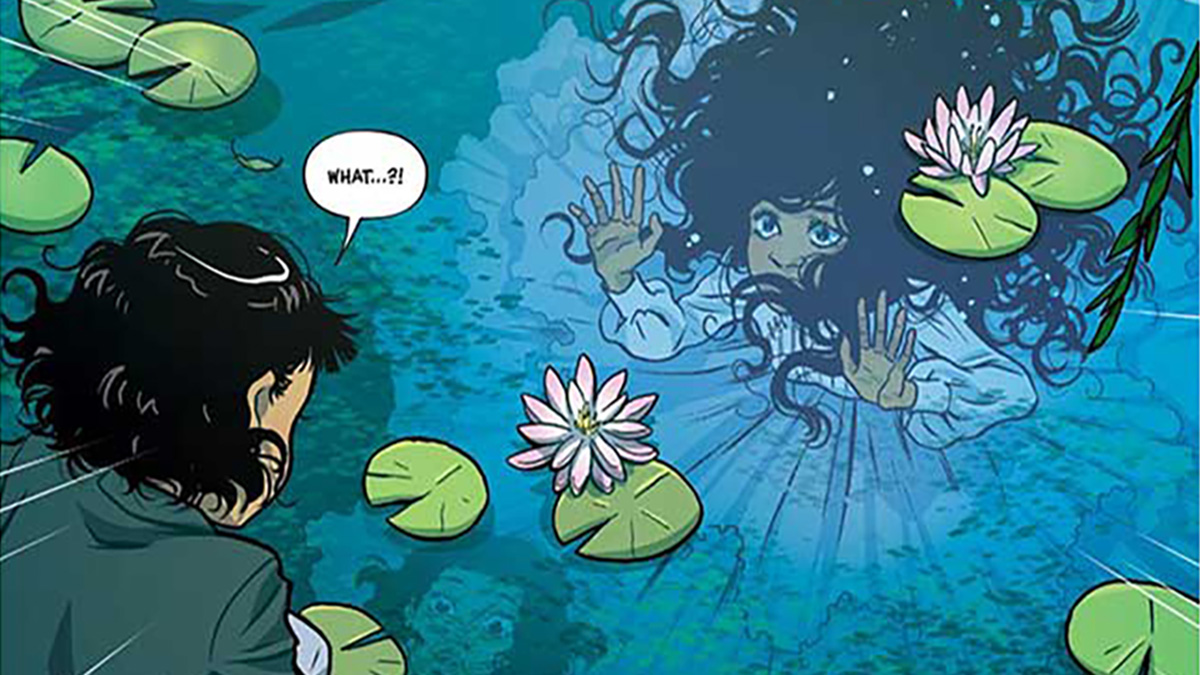 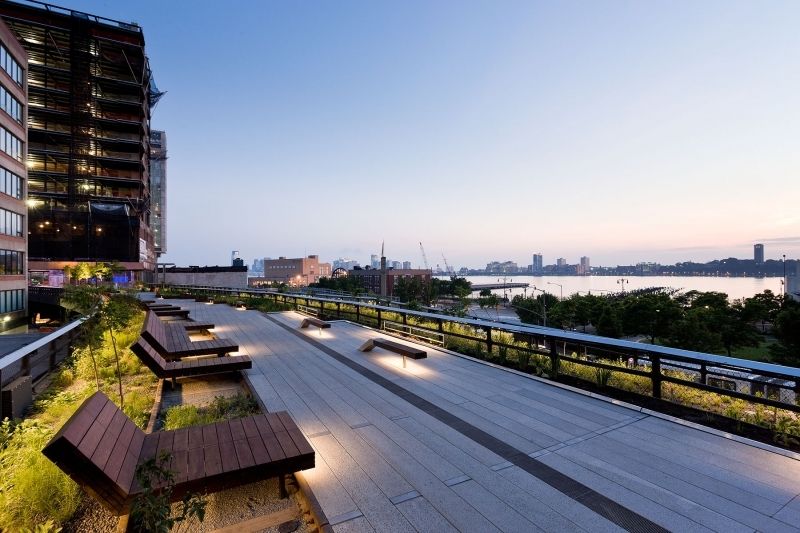 Fantastic New York City Sites and Where to Find Them