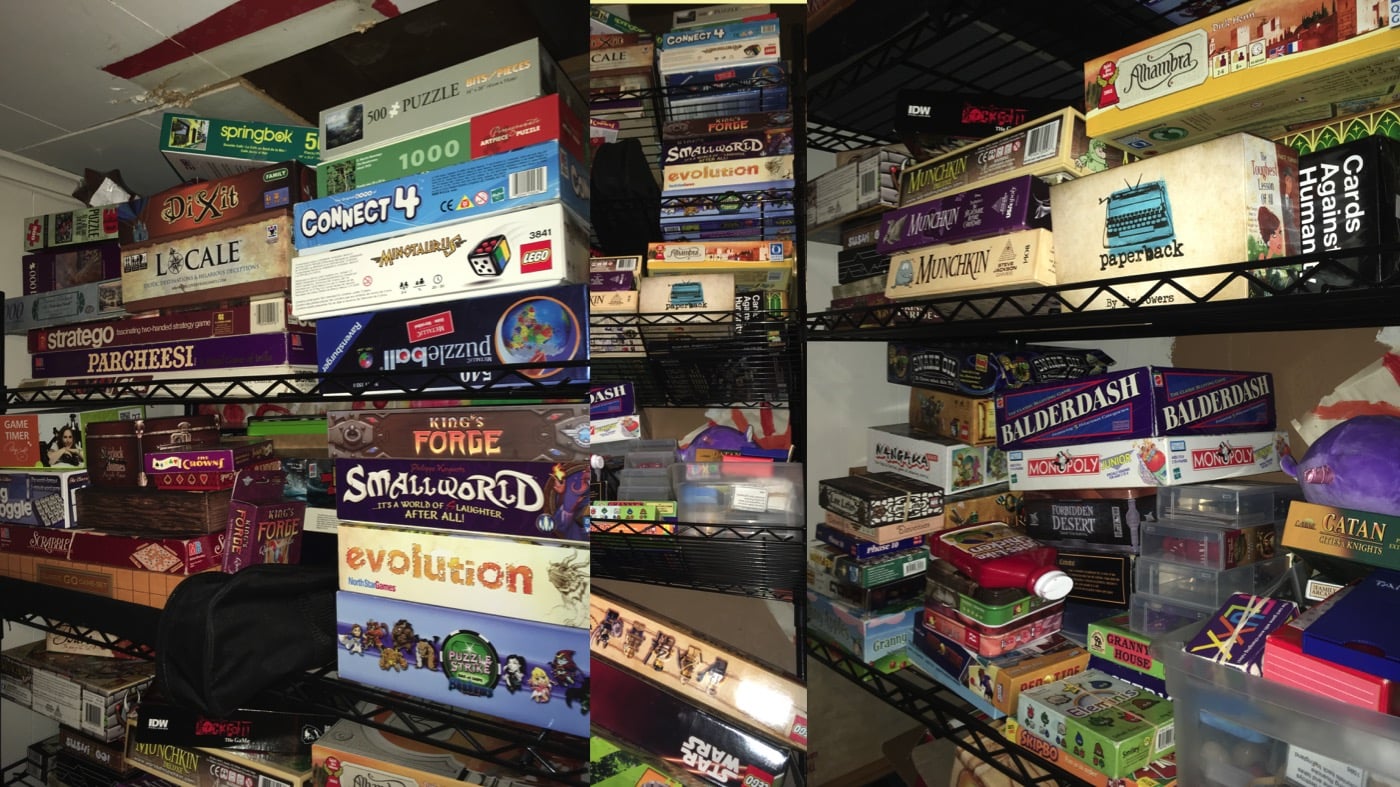 I own more tabletop games than many, less than some. Boardgames, card games, books on games. I didn’t start out as a gamer. Pre-kids, I was a loser at typical American games like Monopoly and Life. Games were what you did when there was NOTHING ELSE to do. The last resort. This was before the internet of course, back in the days when you were allowed to get bored. Then I had kids.

When you have the first grandchildren on both sides of the family, there is a lot of stuff given. We began to collect tabletop (well, on the floor, mostly) games. They were silly and fun for little ones. I didn’t remember ever having as much fun as my kids did playing Granny’s House because it was cooperative, a type of game I didn’t know existed. I quickly realized games were an excellent teaching tool. Math is the obvious one but also reading, and social skills are best practiced in an in-person game setting.

Once I began homeschooling and started teaching larger groups of kids, I used tabletop games all the time. They were a great way to break the ice, start a conversation, and teach whatever skills were needed for that particular class. There’s nothing like Mad Scientist University to get a group laughing. I created lesson plans that were more game-like and interactive, especially to introduce a new concept. I even taught an entire class on strategy games.

I played tabletop with my kids, as a family. This was quality time. Playing together was a priority. Then I went back to college and fell in with the gamer crowd (gasp!). We mostly played role-playing games, which was an eye-opener for me. But sometimes we’d take a break from the epic journey and play a board or card game. The first time I played Settlers of Catan was with this group and my mind was blown. This wasn’t like Monopoly. But it wasn’t a kids’ game either. Huh.

Since I felt like I was becoming an official game person, I attended PAX East to report back to the GeekMom community. It did not go as I expected. I wrote about how on Friday, I was extremely intimidated by the mostly-male and very loud crowd. I wanted to play games but was too shy to jump in. Finally, I did and the rest of the weekend was a blast. This was a breakthrough for me. I was playing games with adults and having a good time! (I still lost, but whatever.)

My kids got older and I enjoyed introducing the more mature games I had learned about from the geeky conferences and college friends. My daughter liked quick ones with cute art like Sushi-Go, but my son got very into tabletop gaming culture. He liked games that took an afternoon to read and understand the rule book. Games that had a stupid amount of set-up time. (We still make fun of his StarCraft: The Board Game monstrosity.) He asked for games for holidays, bought games with his own money, and I was the designated partner to test them. I took my kids with me to cons once they were teens and we spent most of our time playing tabletop games: trying out new ones, and finding it the best way to hang out with once-a-year friends.

And then my kids went to college. I stopped teaching classes and focused on other career options. I went from playing several tabletop games a week to maybe a couple a month, including the monthly RPG my husband runs. Hubby and I might break out Timeline for something quick because he gets home late from work and I go to bed early and weekends are filled with catch-up and random events. I missed my kids for a lot of reasons but having constant gaming partners was a big one. One I hadn’t thought about until they were gone. I could go back to my pre-gaming days, but… I like tabletop games now. Plus, I have A TON of them in my basement. So what to do?

First, I realized that I did have adult friends that liked games, I just had to make more of an effort to get together with them. Tabletop games are such a great way to keep friendships going: face-to-face interaction, laughter, light conversation, and as adults we make such better snacks than in college. We actually cook now! Scheduling can be tough. Friends with kids still at home are swamped and tired, while friends with kids gone are re-starting careers so are swamped and tired. Add aging parents and our own medical issues as we age ourselves, and time to play is sparse. But we need time to play. Playtime is important at any age. I challenge anyone to stay stressed while playing Snake Oil.

Geeky cons are still a great way to play new games and meet new people, even for just the afternoon. I also found a local coffee shop called Bard and Baker: Board Game Cafe which invites people to hang out and play games in a more adult way than your average comic book and gaming store filled with teenage boys and misogynistic posters covering the windows (that might be changing, but too slowly for this middle-aged lady.) I’m encouraged to see people in the community looking for real-life interaction. Get out of the house and play.

My mom, who lives with us, is sometimes up for games, but she can’t read small print and is hard of hearing, so our choices are more limited. My mother-in-law likes games, but more of the traditional number card ones, like Rummy. However, I have my nieces. At twelve and nine, they are just getting to the age where they can play more complicated strategy. At a family gathering this weekend, we played King’s Forge. I won, but it wasn’t easy. I have a very little niece, only three, whom I also plan to teach the ways of the tabletop. Oh, yes. I will have gaming partners again. This shelf will not get dusty yet! 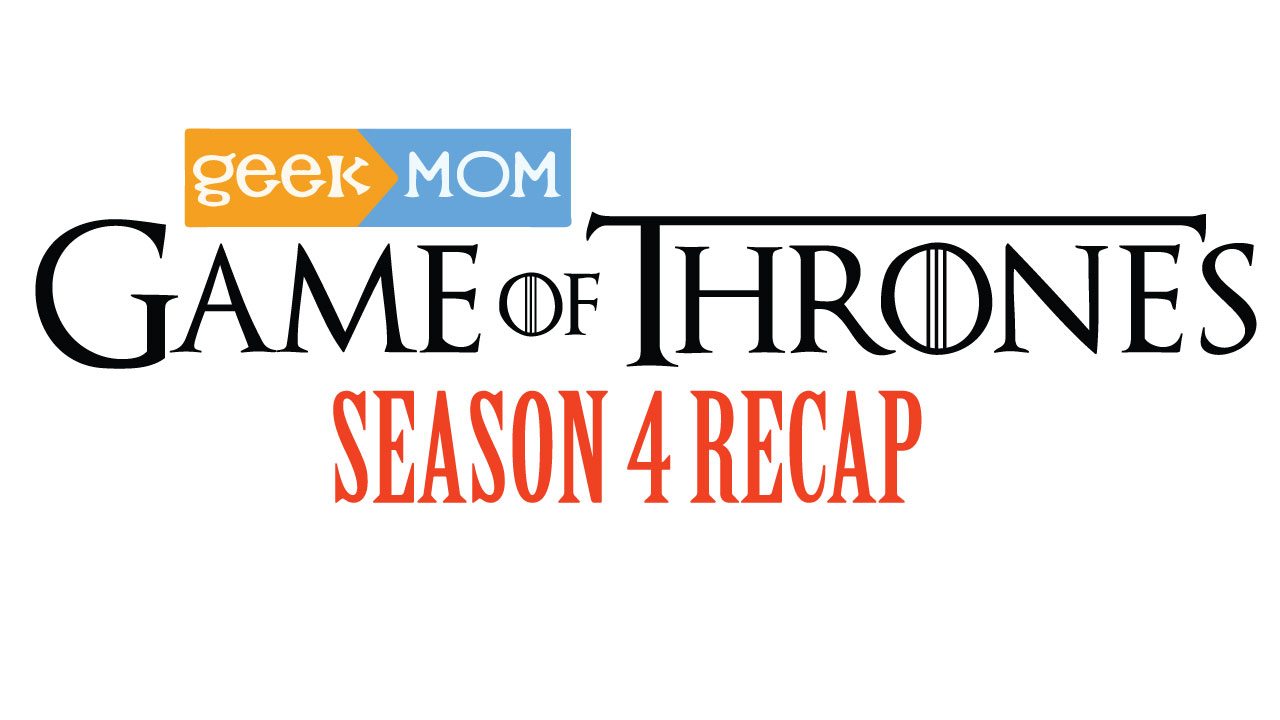 GeekMom Game of Thrones Recap is Back!

Know Your Heroes: ‘Heroes of the Storm’ Primer