The combination of a fresh new year full of resolutions and Marie Kondo putting a new show on Netflix has all your online acquaintances purging their houses of junk all of a sudden. Even I’m in the midst of a massive partially-forced KonMari of the kids’ rooms (“Is that ‘Okay, I want to keep this book’ or ‘Okay, I guess I’ll keep this book’? Do you want it or not?” “…Yes? Are we done yet, Mom?”), and I KonMaried the KonMari books to my sister without even reading them. I am well known among my friends and family as a slob and a pack rat, and, yeah, I am. Some of it’s a lack of motivation and an excess of ADHD, but some of it’s simply a difference in priorities.

It’s not true, as I am often accused, that I never throw anything out. I don’t like putting more into the landfill-bound trash than I can help, it’s true, and go out of my way to put things into compost or recycling instead, or better yet I give things away to people who can use them. But I do purge what I can not use.

It’s easiest, in fact, to purge nice things I have no use for. I know people who say things like, “That’s too good to give away, I want it to stay in the family even if I don’t need it.” I don’t hold with keeping things unused that other people could and would use. Freecycle it, take it to Goodwill—if it’s too expensive to think of simply donating it, take it to a consignment shop. I am all for giving my excess wealth away. That’s not what I’m tempted to hoard.

But if there is a possibility I might use something, I’m far less likely to part with it. My problem is I’m very creative about finding possibilities for things. It’s not just that I, say, don’t throw out old rags that could be used to clean up messes that would ruin a newer washcloth (although that is an issue both my mother and husband have taken up with me in the past few weeks). It’s that so much of what appears to be trash to the average person looks to me like the raw materials for making something.

I just, literally just now, spent at least two minutes holding an empty cardboard nut canister over the garbage can. Do I really have to throw this out? It’s such a nice cylinder. It has a working lid. It could be used to store… something… I don’t actually know what at the moment. Or it can be a homemade drum. I’ve seen some very cute junk projects made with canisters like this.

I do have a shelf in a storage room at the library full of cardboard tubes and nifty boxes that could be used in projects. When I worked at the Children’s Museum, I used to recycle most of my packaging trash in the Makerspace there. And I did let that nut canister fall into the trash just now, but typing all this makes me want to go fish it out again. I’m sure I can take it to the library tomorrow.

When I was a kid, I had this fantasy: someday, when I have my own house, I’m going to have an arts and crafts room with drawers of carefully curated junk. Shelves full of neatly labeled shoeboxes: “springs,” “candle stubs,” “foil scraps,” “small chunks of wood,” “interesting-shaped rocks.” I’ll have everything right where I need it, whenever I happen to need it. I kept a few special things in a box or two over the years anyway, and can say that just last year I did find the perfect use for that unique spring I’d saved since high school after all, thank you.

Now at work, I have storage closets similar to this dream, though there’s less junk and more bulk craft supplies in boxes labeled “pompoms,” “chenille stems,” “feathers,” and “plastic eggs.” But there’s still a limit. We have a box for cardboard tubes, and just one box for my odd garbage finds. When we upgraded all the computers and had stacks and stacks of large cardboard boxes, I did get to use them for a “Cardboard Construction” program, but when I failed to dispose of them after said program, my coworkers became a little annoyed with me.

The thought of having a room just for carefully curated crafting junk in my own home seems even more remote, though I do at least have a cupboard just for fabric scraps. But last year I caught a home improvement bug, and after mastering plastering, painting, and the installation of floating floors and shelves, my making horizons have broadened even further. Now pieces of broken furniture are begging to be saved and repurposed into something else—no, I don’t know what yet, but obviously something—and those take up even more room that we don’t have. “You know what I can do with this?” I told my son after taking the old trundle bed that had broken down beneath his bed to pieces. “Make a platform you can build with trains or LEGO on and then roll back under your bed so people don’t step on your works in progress.” So the two rolling ends and a couple of support beams, three shelves from a bookcase with a broken frame, and a bunch of nails from the kitchen junk drawer (there are always fun discoveries in there!) have now become something useful again, as I knew they could be.

But there are still other frameless shelves and chunks of bed with possibilities in them I don’t yet have need for, and I can’t bear to simply throw them away, when a few months or years from now I might suddenly need a plank of wood just that size, and what would I do without it? BUY a solitary little plank of wood? When I had already had one just like it?

My ideas for things I might do with household junk greatly outnumber my time and space for doing them. I should learn to let go.

But I told you that spring I saved for twenty years would come in handy some day, and I was right. So how can I possibly purge this junk when every bit of it is still teeming with possibilities? 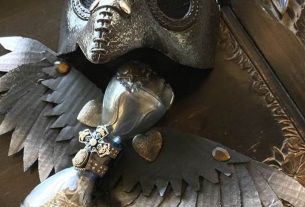 Make a Simple Plague Doctor Staff for Cosplay or Halloween

Trending Crafts You Really Should Learn: Jars of Light 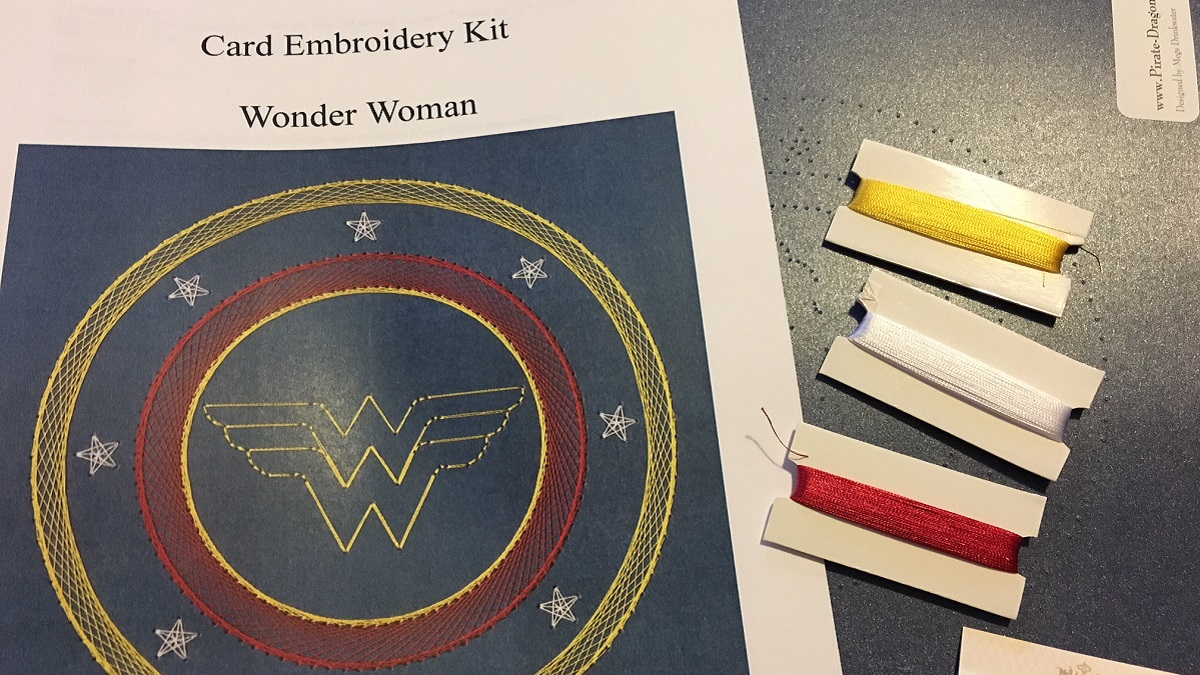 Geek Stitch: Card Embroidery Kits for All the Fandoms

3 thoughts on “Maker-Hoarding: An Excess of Possibilities”