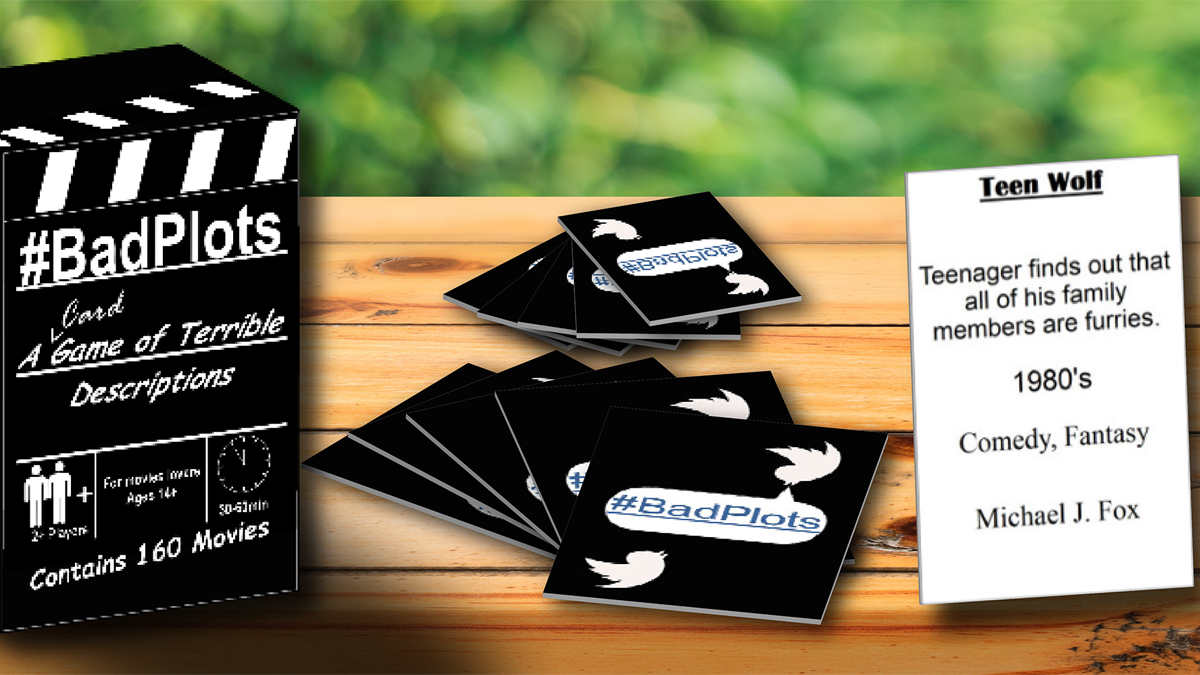 #BadPlots is a card game for two or more players based on the #explainafilmplotbadly Twitter hashtag. Players read out bad, yet technically accurate, descriptions of well-known movies and the other plays guess which movie is written on the card.

Please note: This review is based off a very early, home-printed prototype.

How do you play #BadPlots?

#BadPlots is incredibly simple to play and can be learned in less than two minutes. Each card has five pieces of information on it as follows:

*In our advance prototype, we took exception to some of the cards because the descriptions veered too far away to be considered accurate anymore. These may change prior to full production.
**In the case of some early Disney movies this is replaced by the clue, “Disney”.

To play the standard version of the game, five cards are dealt to each player and the player who most recently watch a movie goes first. This player chooses a card from their hand and reads out the description of the movie to the other players who have the chance to guess what it is. If no-one can guess the movie, the player reads out the first clue – the decade – and the other players get to keep guessing. If no one can guess correctly the second clue – the genre – is read out, and then the final clue – the actor/actress.

If no one guesses the movie correctly after all the clues have been read out, the player reveals the name of the movie on their card and discards it without drawing another. The next player then takes their turn. If at any point, the movie is guessed correctly, the player discards the card and draws a replacement from the deck. Play continues until a player has no cards left in their hand.

After shuffling the deck, one player draws a card and reads out the descriptions and clues. Any time a movie is guessed correctly, the player who guessed it takes that card and becomes the new reader. Cards that are not guessed correctly by some time after the final clue is given are discarded and the current reader draws a new card to read. Play continues until either the deck is depleted, the game is abandoned, or a predetermined number of cards have been won.

Other variant rules are included in #BadPlots such as a drinking game, and a version where players make up their own bad descriptions instead of reading the ones on the cards.

Why should you play #BadPlots?

I don’t think I’ve ever seen people laugh so hard during a card game as when I brought a prototype of this game along to a group of friends one night. I took #BadPlots along to play at my book club once the month’s book discussion was over, and our host was soon laughing so hard she could barely breathe.

#BadPlots is not a complex game, nor is it one that requires a lot of deep, strategic thinking or planning. What it does require is an ability to look at things from a slightly askance perspective, and a reasonably thorough knowledge of movies. You don’t necessarily have to have seen the movies in question, but a vague knowledge of what a lot of films are about is going to be your biggest help in doing well here.

It is worth noting that this is a game intended for adults. Younger kids will struggle to play because they are unlikely to know many of the films and the descriptions are often inappropriate to read out with young kids around – even on films they have a chance at knowing such as Sleeping Beauty or Snow White. While you could, in theory, cull the deck in advance to only include films your kids know, and descriptions you’re happy to read out, I’d personally recommend this game for teens and up because the kind of warped thinking needed to figure out many of these cards will be difficult for kids.

#BadPlots is ideal for parties and family gatherings after the kids are in bed. It’s a lot of fun, the descriptions will have everyone groaning (according to the rules, the ideal bad description is one where, after the title is revealed, it leaves the other players saying, “well… you’re not wrong”) and it manages to be a distinctly adult game without resorting to being offensive or asking intimate questions – factors which can turn many players away from a game.

One thing that is worth noting is that there is currently no advanced prototype of the game, so we have no idea what the final product will look like. According to the Kickstarter, the cards will be printed on 300gsm coated cardstock (common for card games), but there is no final artwork to see at the point of the Kickstarter launch.

I will be taking #BadPlots along to many parties in the future and I’m sure it will go down well, certainly if the number of people at my book club asking where they could buy a copy is anything to go by. Assuming there’s a marked improvement in quality from the prototype I played with, I wouldn’t hesitate to recommend this to movie lovers, and anyone with a slightly twisted sense of humor.

GeekMom received an early prototype of this game for review purposes. 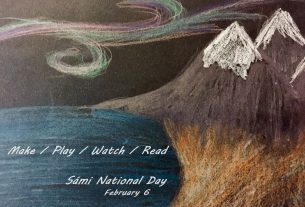