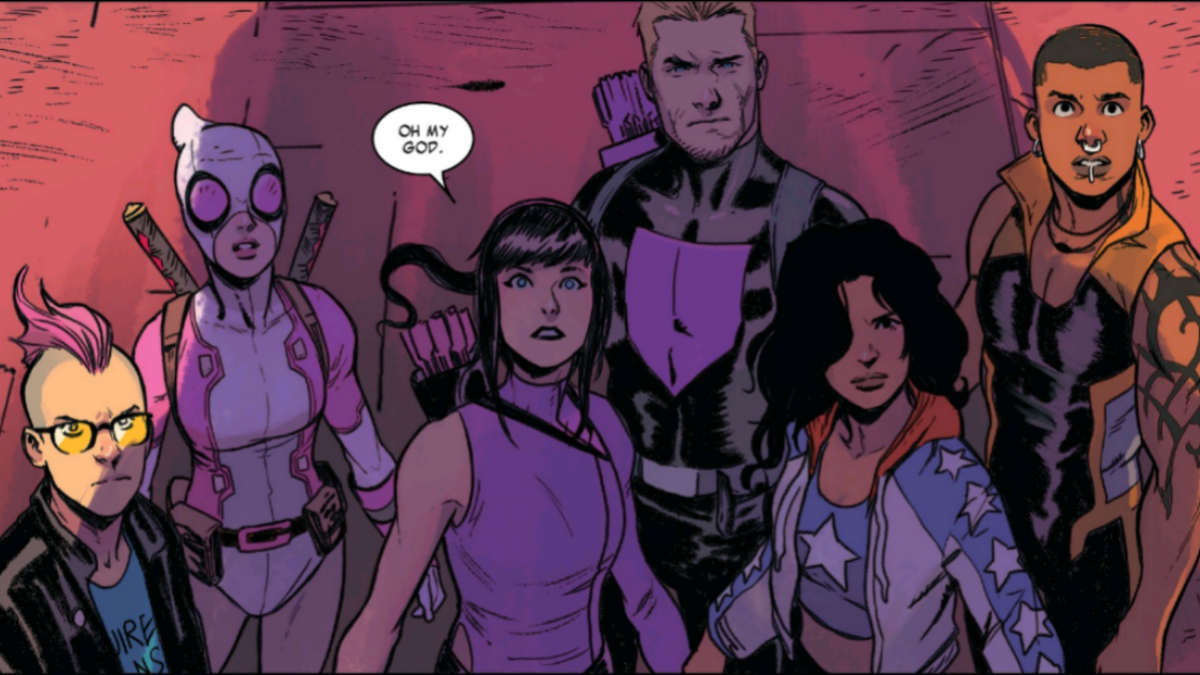 This week saw the release of the first issue of West Coast Avengers, the new comic by Kelly Thompson with Stefano Caselli’s pencils. This comic is a personal apology to me for the heartbreak I lived through after Marvel canceled Hawkeye: Kate Bishop, America, Unstoppable Wasp, and several other amazing Marvel titles that featured marginalized characters.

Okay, fine, I’m exaggerating; it’s not a personal apology. But seeing this book appear, the return of Unstoppable Wasp, Ironheart on the horizon, Jessica Jones and Luke Cage getting digital-first series specifically oriented towards binge-readers like myself…it feels like an apology of sorts. This apology is directed to those of us who were deeply wounded by the cancellation of these books that were slowly creating representation for us in an industry that often fails to make any space for us at all. I also want to make a particular note of the editor, Alanna Smith, who is working on all of the titles I mentioned here. I don’t think that’s a coincidence; I think it’s a sign that Marvel is taking steps in the directions I’ve been hoping for and writing about for the last year, and that we have a champion in this particular editor.

See, I’ve been excited about this comic since Marvel announced it. I love Kelly Thompson, I love Stefano Caselli, I love Kate Bishop, I love America. From its reality show framing device to the sharp and sarcastic dialogue from Quentin Quire, I am thrilled with the sheer fun that this book is having on every page.

Here’s the setup: Kate Bishop, Hawkeye (yes, there’s two, yes, it’s confusing, yes, that joke is made regularly and is funny every time), is basically the only hero on the West Coast. When a herd of land sharks attacks Santa Monica, she calls everyone she knows. The only hero she can reach while riding a rampaging land shark is Clint Barton; she tells him that America will be by to pick him up in a second.

With the help of Kate’s boyfriend Fuse (a new character developed by Thompson and Leonardo Romero in issue #2 of Hawkeye: Kate Bishop), Kate, Clint, and America manage to get the sharks back into the ocean, then head back to Hawkeye Investigations for celebratory pizza. It’s pointed out that this is going to happen again; you can’t swing a cat in New York City without whapping someone with superpowers, but they’re all apparently allergic to Los Angeles. Clint suggests that Kate put together a team. After some initial hand-wringing, she prints up flyers.

The series of interviews that Kate goes through (including Bread Boy, Spider-King, and a lady trying to hook up with Clint) are hilarious, but she comes up with no candidates. She ropes Gwenpool onto the team when Gwen had only stopped by for tacos; Clint insists that he’s only a part-timer. (Because apparently he watched the Justice League cartoon and thought he should try to be more like Batman. That’s not what he says, but I think that’s what he’d do.)

Quentin Quire, an omega-level psychic mutant, shows up with a camera crew. Turns out, he got the “West Coast Avengers” a deal. If the team consents to reality TV style filming, he’ll bankroll the team. With no other real way to pay her team and keep the lights on, Kate agrees.

And so begins the book. The team goes to fight a giant-sized Tigra, and is rescued by someone calling themselves B.R.O.D.O.K.

The first issue of West Coast Avengers charmed me instantly. Kelly Thompson has a knack for writing a Kate Bishop that I adore. It would be easy to make her a former rich girl who is fussing because her dad turned out to be the head of a super evil organization and now she has to make it on her own. Instead, Kate is doing her best to kick ass as the head of Hawkeye Investigations and do what she can to keep her friends and community safe.

Stefano Caselli’s pencils are great, with dynamic posing and faces that show a great range of expression, without needing to go into overly detailed linework to get the emotions of the characters across. He also handles the details that are tricky to pull off, such as the way the stars on America’s jacket are somewhat bent and twisted as she punches.

I also want to point out Triona Farrell on colors; her attention to lighting creates a fantastic sense of place, from the bright sun of the LA exterior to the dingy interior of Hawkeye investigations. You can see the ways the color interact differently in those lighting conditions, which is particularly noticeable on Kate’s suit. It’s a beautiful job.

The Trouble With Team Books

If there’s a fault with West Coast Avengers, that fault isn’t really its—well—fault. It’s the first issue of a team book, and this team is made up of established characters. Gwenpool, both Hawkeyes, and America have all had solo books. If you didn’t already know Kate from Young Avengers (where she and America were teamed up for years), the Fraction/Aja Hawkeye series kept her front and center for an entire arc, and made her a solid part of Clint’s life throughout the book. You have to be pretty deep in X-Men to know Quentin Quire/Kid Omega off the top of your head, but if you survived the Marvel Now X-Men titles, you bumped into him.

Each character gets a quick, specific introduction by way of caption box (Including their powers! More writers do this! So helpful!) but there’s not a lot of room for backstory. Thompson has also clearly been writing Kate for a while. West Coast Avengers, in many ways, picks up the setting and some of the themes of Hawkeye: Kate Bishop. I would argue that you can easily read this book without knowing any of the backstory or much of the setting; Mathias disagreed when he read it, saying he didn’t quite have a feel for Kate as she’s presented here.

But one of the big differences between team books and solo titles is exactly that space for character introduction and interaction. I think Thompson introduced these six characters efficiently and artfully, but the first issue of a team book is always going to be about the establishment of the team.

I’ve read two different kinds of team books. The first involves the team running off to fight villain after villain. The villains can be bigger and badder because you have several heroes teamed up to fight them. To me, these books always feel like a D&D game where it’s nothing but dungeon crawl after dungeon crawl. The Silver Age Justice League is a great example.

The second has more to do with the interplay of the characters on the team. Yes, there are bad guys to fight, but the stories themselves focus more on how the characters interact with each other. And if you’ve ever read Claremont X-Men, well, now you’re getting it. If you love the characters in a book like that, you’re going to be hooked permanently—or at least, that’s how it works for me.

The Big Question: Who Is It For?

So who’s going to like this book? I think I might hesitate to hand West Coast Avengers to anyone as their very first comic, or even their first Marvel comic. There’s a lot to absorb really fast, and a stand-alone title can often do that so much better than a team book.

For those who read and enjoy comics on the regular, though, I’d be comfortable handing this book to most anyone, especially those readers who are looking for something a little more diverse on the page. These past few months have felt a little bit like maybe Marvel was trying to get off the “our customers don’t want any more diversity” nonsense and a little bit back to “the world outside your window.” Which, pro tip? Super wide variety of folks out here. Just saying.

And I want to be careful; West Coast Avengers is pretty white, pretty straight, and 100% cisgendered and abled. America Chavez is Latina (from the “Utopian Parallel” universe, but still), and Johnny (Kate’s boyfriend, Fuse) is also a person of color, but he also doesn’t have a last name that I could find. Kate Bishop, Clint Barton, Gwendolyn Poole, and Quentin Quire are all really white. A lot of queer folk headcanon Quentin as gay or bi/pan, but it’s never been explicitly on page. America, of course, is a proud lesbian.

So this isn’t Marvel suddenly becoming Diversity Comics. But given that America won a freaking GLAAD award after being canceled, it’s good to see her gorgeous face on the page again. Teamed up with Kate Bishop, no less.

I enjoyed West Coast Avengers and its light-hearted sense of humor. Not everything needs to be the end of the world—sometimes, you just want to see the fun of roommates not getting along and people fighting landsharks. I don’t know where the book is going, but I love the tone, I love the characters, I love the writer, I love the artist, and if it keeps up, I am ready to love the book too.

I don’t think you need to read anything to start this book, but if you wanted to, you could check out: 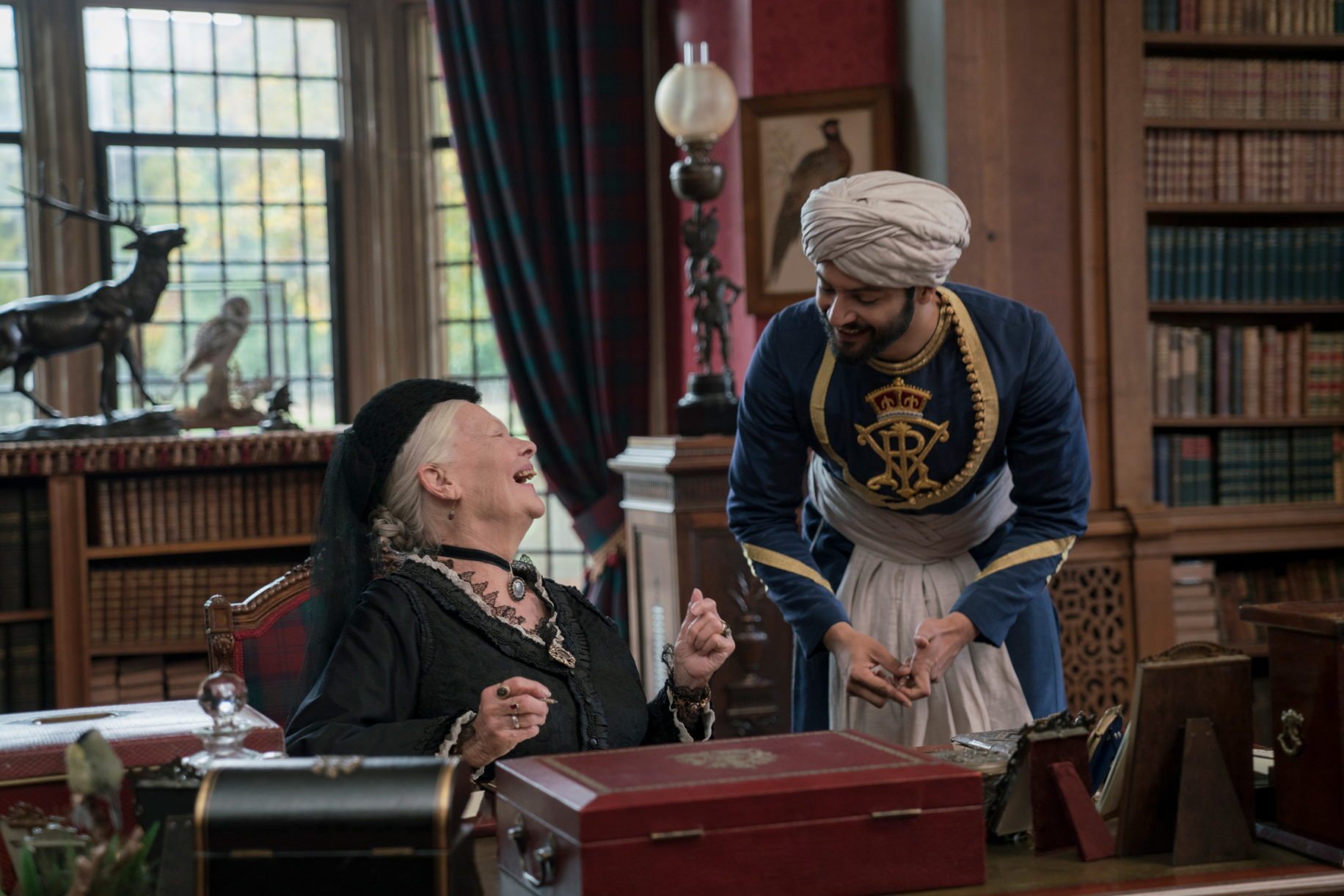