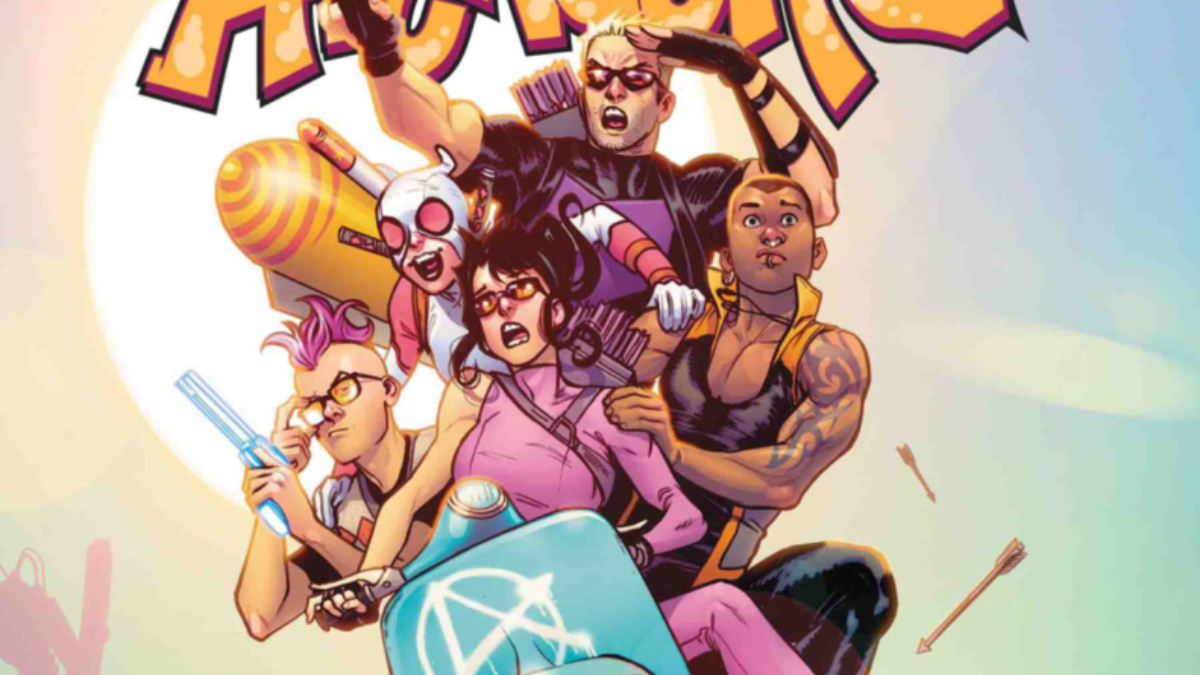 Marvel is that abusive boyfriend I just can’t seem to quit. I kick his ass out, throw his stuff out the window because there’s no way I’m letting him back in, and change the locks. Then, a few months later, I see him around. He’s swearing he’s changed his ways. He’s begging me for another chance, telling me it’ll be different this time. I remember how good it was when it was good, and against my better judgment, I give him another shot. I hate myself for doing it, but I think that West Coast Avengers might be me giving Marvel another chance to break my heart.

Marvel announced yesterday that Kelly Thompson will be writing a new team book. West Coast Avengers will be made up in large part of the characters who were unfairly canceled, with Clint Barton (Hawkeye) in charge. The West Coast Avengers appear to consist of America Chavez, Kate Bishop (also Hawkeye, and perpetually annoyed at being confused with the other one), Kid Omega, and Gwenpool. According to Thompson, Clint wants to help Kate, but he is steadfastly refusing to admit how much fun it is to be a mentor.

The last time the West Coast Avengers were active, Tony Stark was funding the team from New York. Now, the team’s apparently funding their exploits through their work on a reality show (a framing device Thompson previously used in Jem and the Holograms: The Misfits). I can’t imagine anything going wrong with a Marvel comic that has a premise I love and marginalized characters with whom I identify. (For the autists in the room, myself included, I’m being sarcastic. I think everything is going to go wrong.)

The Team’s History With Female Characters Is Exceptional

I trust Kelly Thompson with my whole heart. Her best-known work is Jem and the Holograms, the greatest pink comic to ever pink. She also co-wrote A-Force and Captain Marvel and the Carol Corps, which were arguably the best things to come out of that entire Secret Wars event nonsense. She wrote the Kate Bishop Hawkeye series, and co-wrote the crossover issues on America with Gabby Rivera. She wrote Mega Princess, which my 10-year-old adored, and is furious that there isn’t a follow-up. Her female characters are not defined by their relationships with men, are rarely in competition with other women (I’m not talking villain/hero conflict here), and are confident even when they’re scared. Thompson’s work with Kate Bishop was what really sold me on her as a writer; Kate is struggling in L.A., struggling being on her own financially for the first time in her life, and struggling to understand who she is as a hero. Her struggle, however, is always matched with her dogged determination to never let the bastards grind her down.

I’m less familiar with Stefano Caselli’s work on pencils and inks, but what I have seen in Ironheart leaves me quite convinced that he can draw girls who are more than cheesecake.

Caselli’s work is clean, emotive, and enjoyable. Panels are clean and easy to track. Facial expressions are distinct and clear. I can’t wait to see what he brings to this new team.

West Coast Avengers: The Team and the Lineup

So to review, we have:

Working on a team that includes:

So Why Am I Hesitating?

I’ve written (and written) about why Marvel pisses me off so much when it comes to characters exactly like these—female characters, characters of color, LGBT characters. They tend to get canceled before they get to issue 8 (and then sell phenomenally well in trade). At least one factor in this pattern is how modern fans shop for comics, who is willing to collect physical single issues rather than trades, who still goes to local comic book stores, and who doesn’t quite know how to cross over from the MCU into comics, since they really aren’t all that similar.

But one of the solutions that I’ve often bandied about is just this: make a team book. Kate Bishop got popular because of her leading role on Young Avengers followed by her role in Fraction and Aja’s Hawkeye. America Chavez was also a Young Avenger, and developed a significant following. The only reason I recognize Quentin Quire’s name is because of his role in Wolverine and the X-Men. To go back a-ways, I found my beloved Laura Kinney (X-23) from her place on Uncanny X-Force.

Team books can attract new audiences in a way that single title books often don’t. When you have a team of young heroes led by a well known and loved hero, you’re more likely to get readers. You see which characters collect fans, and then develop solo titles for them.

I’m far from the first person to think of this, okay? Big Two comics have been using team books to launch new characters since the earliest days of The Avengers and Justice League, and this was from an era where Jimmy Olsen turned into a giant turtle every other week. The individual heroes were given a chance to shine with the likes of Captain America and Batman, bolstering their individual titles while telling interesting stories in their own right. Not to get too far into corporate lingo, but this is what we call “synergy” and “spotlighting content.” I read Uncanny X-Force, so I read X-23, so I read (Lord help me) Avengers Arena which pulled me into Schism, and just like every abusive boyfriend, Marvel knows how to tease me, use the language of social justice to make me think he really does understand this time, and then gaslight me for weeks until my friends wise me up.

I Got You a New Key Made…

I’m going to buy this book, which releases on August 22nd. And I know what this means. I know this means I’ll start picking up Ms. Marvel again regularly, and I’ve been seriously missing All-New Wolverine, and I’m hearing such good things about the current Captain Marvel book.

Even his friends say my ex has changed. That it’s going to be different this time. There’s a new editor-in-chief, and… you know what, we may all just be better off if we don’t talk about that time he wore that completely culturally appropriative costume, it was just that one time for 22 months, right?

I’m that girl, watching my ex move back in again. At first, it’s his toothbrush, and then I keep his beer in the fridge, and then I’m making room in the closet for his work clothes. I am so glad he’s back, and at the same time, I’m just praying he won’t break my heart all over again.

Maybe West Coast Avengers makes it past Issue 8. Maybe this time the abusive boyfriend really will have changed. Just this once.

Want to read more before the series starts?

America Vol 1: The Life And Times of America Chavez, Vol 2: Fast and Fuertona

The Unbelievable Gwenpool Vol 1: Believe It 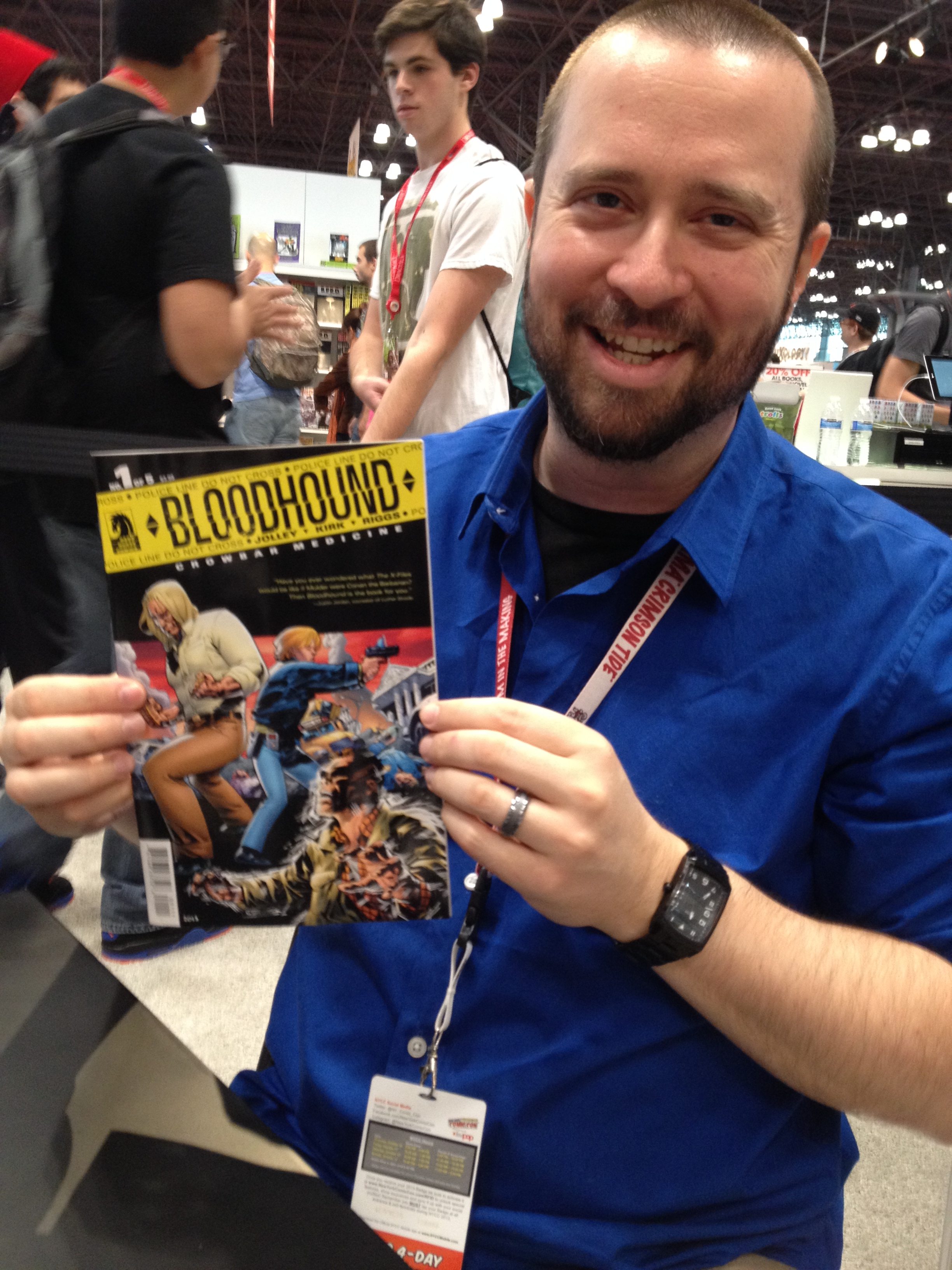 Bloodhound: Crowbar Medicine : Would We All Be Safer if Everyone Had Superpowers?

It’s the Week After Halloween. Here Are the Best Halloween Clothing Sales.