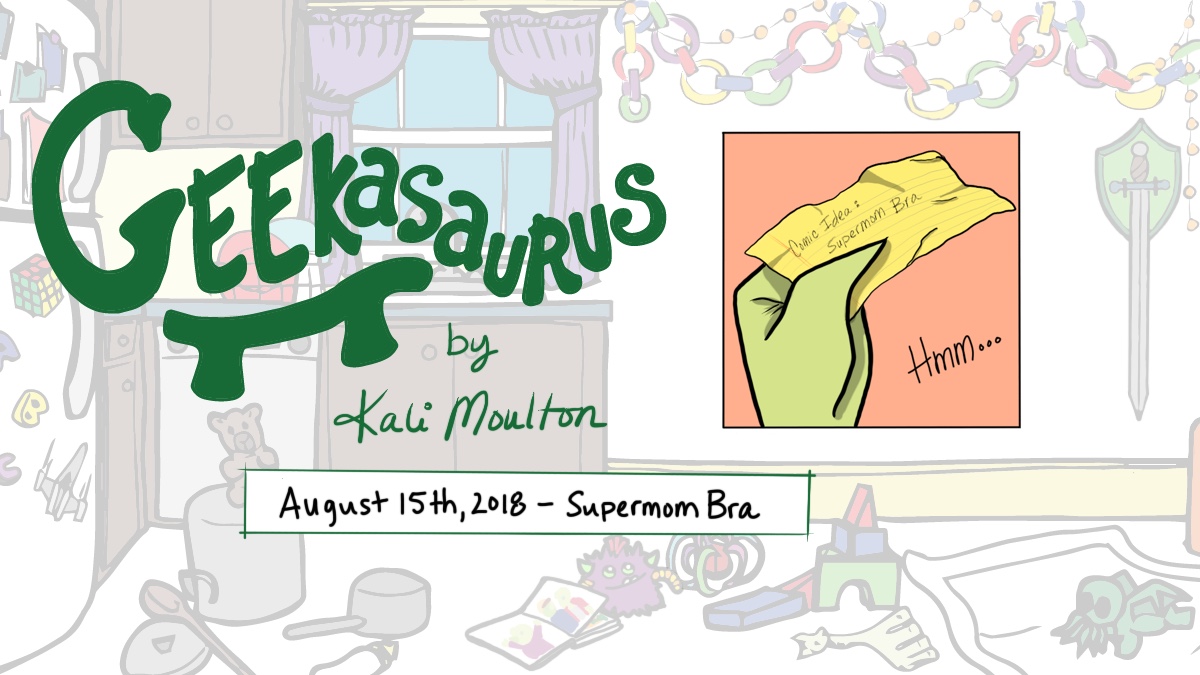 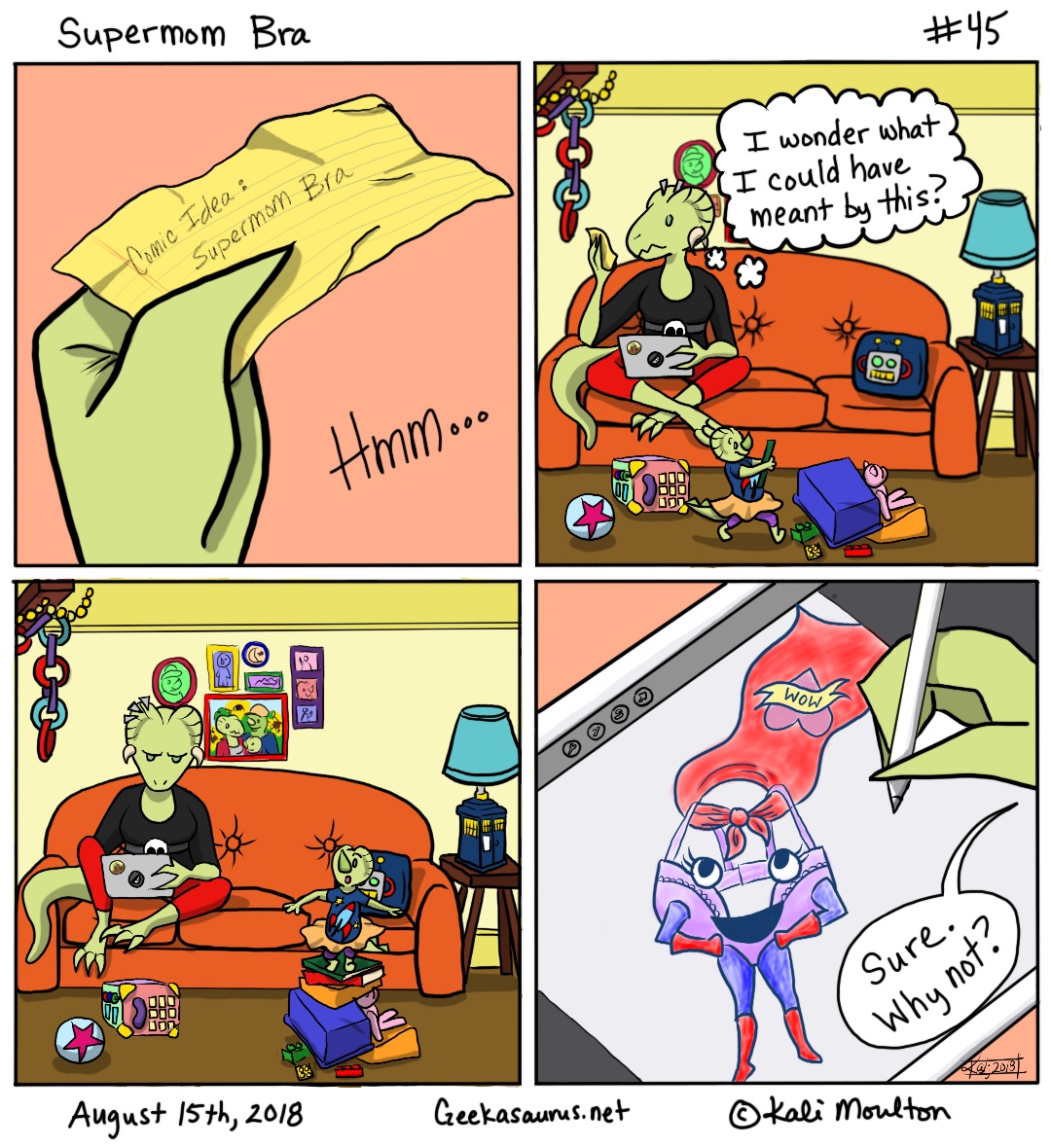 I am gifted with comic ideas every day. Most of the time, I am able to write them down in detail. This lets me revisit the idea weeks, or even months into the future long after the moment has passed. And other times, when I’m half asleep and need to go to bed, I do things like this. I write a quick, two-word sentence, and expect myself to be able to remember what it means. I do not remember what “supermom bra” was supposed to be. My best guess is that it was going to be hilarious. Whatever I had planned was surely brilliant. But alas, I have no idea what “supermom bra” means.

Still, this is my process. I wake up (reluctantly) and change Alice. I make her a smoothie and I make myself a coffee. She sits in her highchair pushing bananas into her hair while I quickly post something to social media in my not-at-all-awake state. We watch cartoons. Probably too many cartoons. Then as Alice plays in the living room while I get to work. I draw something, write a few paragraphs, and sort through the piles and piles of tasks that always grow bigger; never smaller. Sometimes I break to play pretend with my toddler. Sometimes I don’t have the luxury of playing with her because I have deadlines to meet and so we both have a grumpy day full of tantrums. Then, there is a moment. A quiet moment. And in that quiet moment, I think, “Oh frell,” and begin looking for the tiny dinosaur that has now pulled every item out of my purse or is attempting to climb on top of the television. Because toddlers do that. They’re sneaky.

Once nap time rolls around I have a two-hour period when I can get one thing done. Only one. I’ve tried doing more than one thing, and it never works out well. I can eat, shower, do laundry, work, veg out – but never more than one of these things. Otherwise, that will be the day that Alice only takes a 30-minute nap. If I focus on one thing, I’ll have achieved greatness for the day. I’ll have earned my afternoon chocolate, which I don’t have to share, because the dinosaur is dreaming about awesome things which she will tell me about later. I’ll only understand a little of what she says; nomnomnom shoes outside teeth Minnie mememememe piggy all the way.

Then it’s time to repeat the morning routine, only now it’s called an afternoon routine because … well, it’s roughly 2:00 at that point. Diaper, lunch, and playtime until 4:00, when I have to start making dinner. I leave Alice to play while I cook in the kitchen and I’ll peek in on her every few minutes. This makes preparing dinner take eons. At some point, she’ll get really quiet again and I’ll have to talk her down from trying to steal the phone to call China. Alice will get mad and try to bite me with her 10 teeth.

Everyone is hopefully home around 5:30 which is just enough time to eat, play some more, and then head into the bedtime routine. I try to do some more work once Alice goes down for the night so that I will have time to have an actual conversation with another adult(ish) person (the husband) before I take a sleeping pill and go to bed.

Which is why this week’s comic is a story about a drawing of a bra in a superhero outfit. You’re welcome. 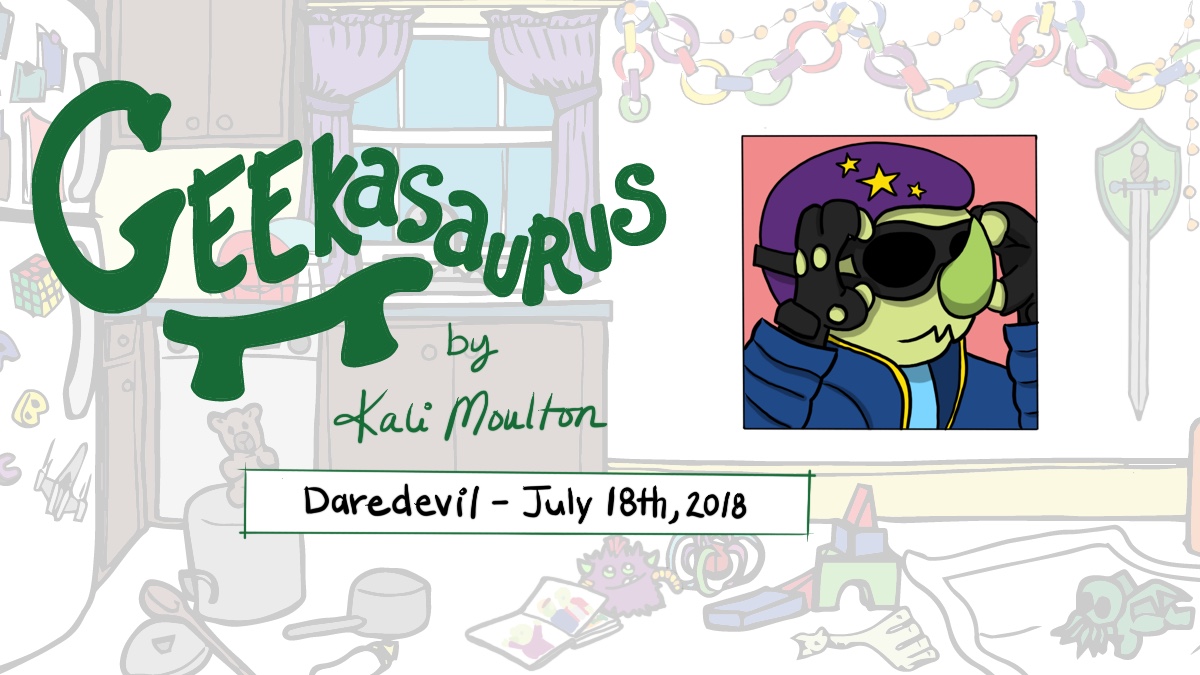 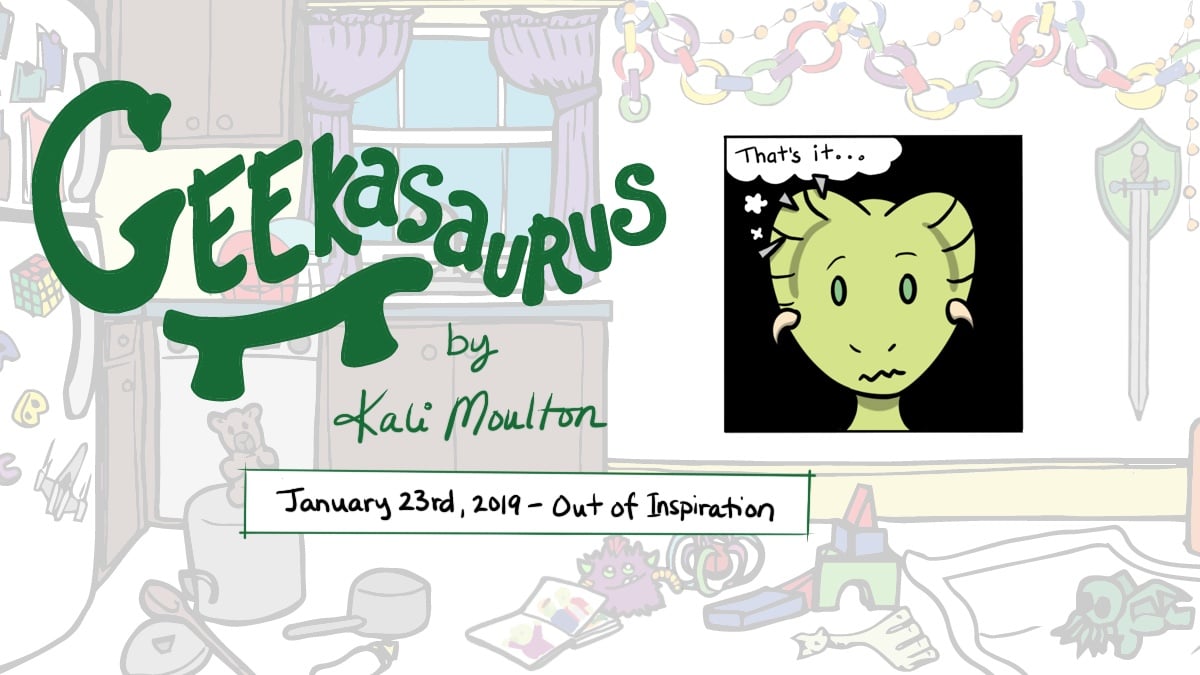