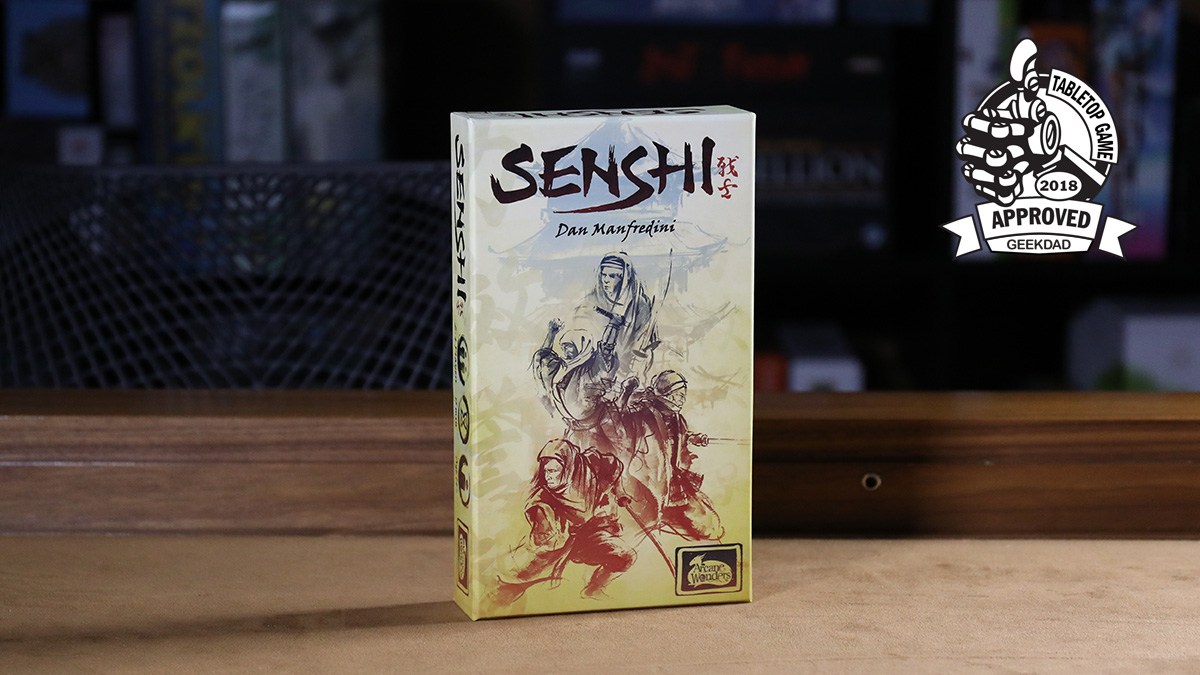 As a Japanese warrior-monk, you and your opponents are training to see who will replace your dying master. Only a cunning and balanced pupil will have what it takes in this abstract strategy game from Arcane Wonders.

Senshi is an abstract strategy game for 2-4 players, aged 14 and up, that plays in about 15 minutes. In the game, you’ll manipulate and bank stacks of tiles in a quest to create a balanced, but winning, collection that shows that you are the strongest player.

In the smaller-sized box, you’ll find:

The cards are all almost identical, except for differing illustrations of a figure. (These people do not grant special powers or give any advantage whatsoever.) They are tarot-sized, but oriented horizontally. At the top is a reminder of your three options for actions and three spots for placing stacks of tiles. At the bottom, really situated halfway off the card are four locations for playing tiles in another way. The cards are very good linen quality.

The tiles are round, about the size of a five-cent coin, and each has a raised center, making them very stackable. They are in the four colors mentioned and each color has a unique Japanese character on them. They are made from a dense plastic and, while the quality is good, I’ve come to enjoy this game enough to think that I would really like for the tokens to be heftier. I feel like beefy tokens would translate well to the game’s demand for weighty decisions, but they are fine as they are, too. I’ll hold out hope for a collector’s edition!

How to Play Senshi

Like many really good abstract strategy games, Senshi is easy to learn, but tough to master. To setup, each player gets a training card, which they set in front of them. Tiles are then randomly stacked into groups of three in the center of the table (if you’re playing with two or three, you’ll remove some tiles first.) Beginning with the starting player, each player chooses one stack and places it, hidden, in their hand. That’s it!

On each turn, players choose one action from three choices. The goal of the game is to bank tiles into four categories — strength, honor, agility, and wisdom. You must create a balanced collection of attribute tiles though, or you may lose.

First, a player may Study. This action allows players to take a stack from the center of the table and place it on one of the three spaces in the center of their cards. The player must have an empty space to take this action.

Third, a player may Test. Here, a player takes a tile from her hand and places it in the matching score pile beneath the training card. (While tiles are identified by color, they also have a Japanese character on them to identify the proper pile for those who have difficulties with color.) After placing this tile, every player then gets to take all tiles from the top of their own stacks with that color and place them into their own corresponding scoring piles. For instance, if I play a green agility tile from my hand onto my agility scoring pile, everyone (including me) can then take any green tile from the top of any of the three stacks on each of our cards and score those tiles, as well.

Play continues until someone takes the last stack from the middle of the table. Each player gets one final turn and then scoring begins.

Once the game ends, players count their stacks of tiles. The person with the smallest overall stack is eliminated from the game. If there is a tie, all tied players are eliminated. (If everyone is tied, ignore this rule.) Of the remaining players, the player with the largest stack wins.

Why You Should Play Senshi

There aren’t many rules to Senshi — you can teach the game in about a minute. But get to playing the game and the decisions suddenly become pretty difficult. It’s an ongoing struggle to create a balance that will keep you in the game for the final scoring, but also a challenge to try to create an advantage over your opponents. The reality is, with the exception of some learning games, just about every game is close. Oftentimes, a player has lamented needing just one more turn, which would have given them the win. I know I’ve said it.

When it’s your turn, you have to really think about your options. You need to study your opponent’s card and try to anticipate when they will test and in which attribute. Trying to remember which tiles players have hidden in their hands is taxing on your memory.

Most games we played seemed to move in three distinct phases. First, players study, placing stacks on their cards. Choosing stacks is an art because you aren’t just picking the top tile, you need to anticipate your strategy for future rounds and consider the tiles lower in the stacks. At the same time, you have to worry about being a target for the training portion — you don’t want someone stealing your tiles. When the game enters the second phase and players begin training, I found myself holding my breath a little, in hopes my tiles wouldn’t be taken. The final phase of the game, comes quickly. As the stacks in the center of the table dwindle, everyone looks to move quickly and get tiles out of their hands.

Since getting a hold of a copy of Senshi, we’ve played it almost more than any other game. It’s just the right amount of easy to play and strategy, making the game very enjoyable. I am amazed, too, at the number of people who begrudgingly agree to play (“I don’t really like abstract strategy” “I don’t like small games”) and end up really loving Senshi and want to play again.

Senshi is available now and retails for $19.99.

Click through to read all of “‘Senshi’ Is a Challenging Game in a Small Package” at GeekDad.If you value content from GeekDad, please support us via Patreon or use this link to shop at Amazon. Thanks! 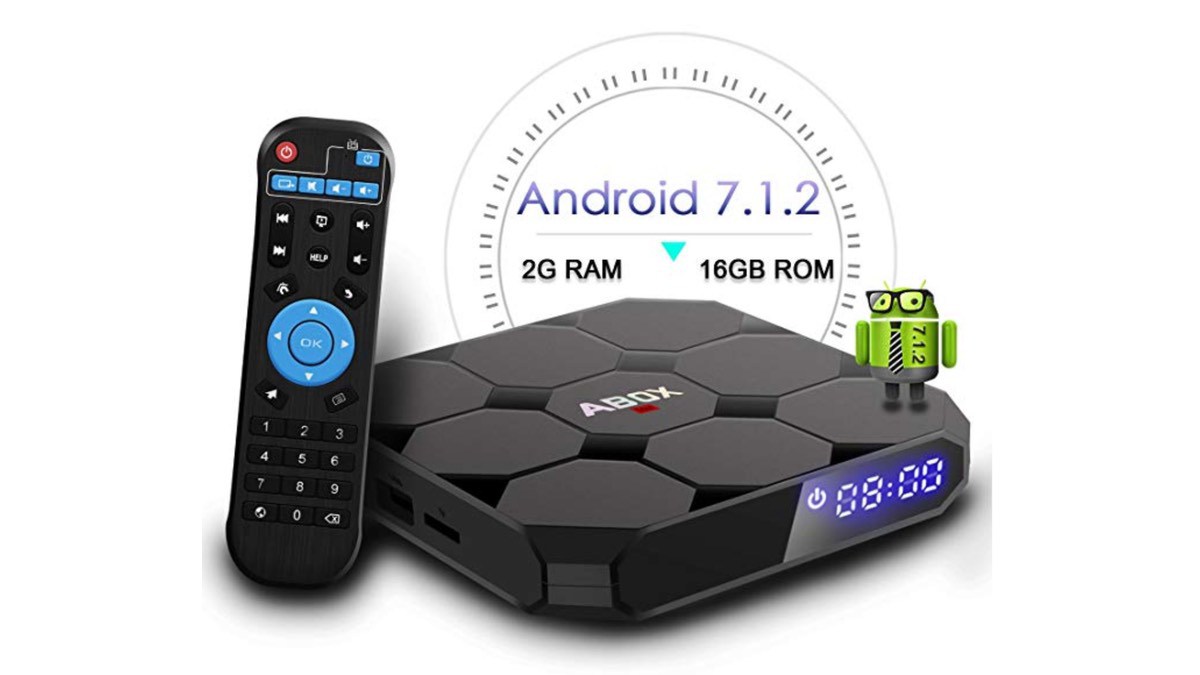 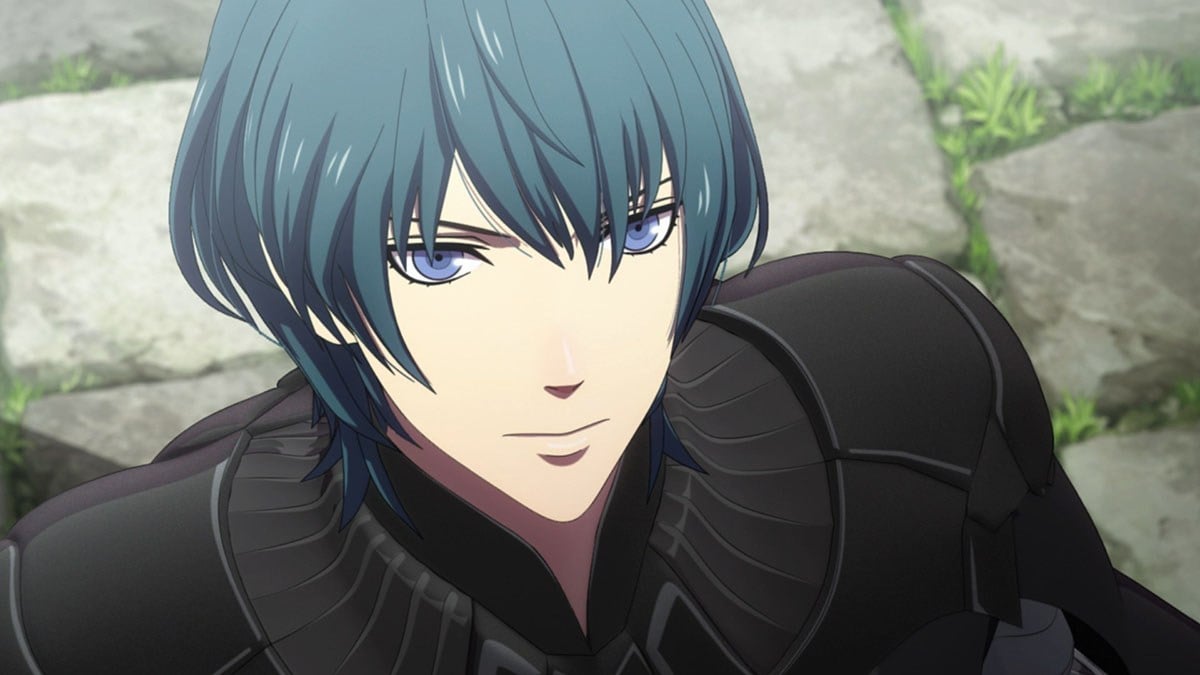 10 Things You Should Know About ‘Fire Emblem: Three Houses’ 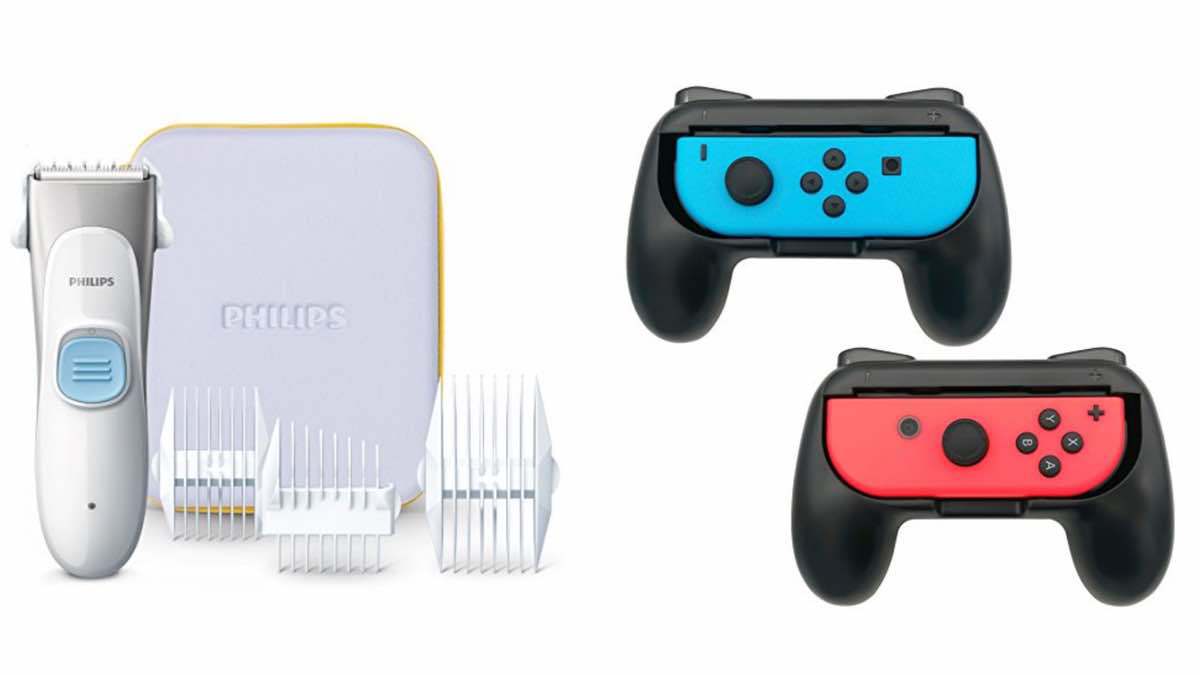