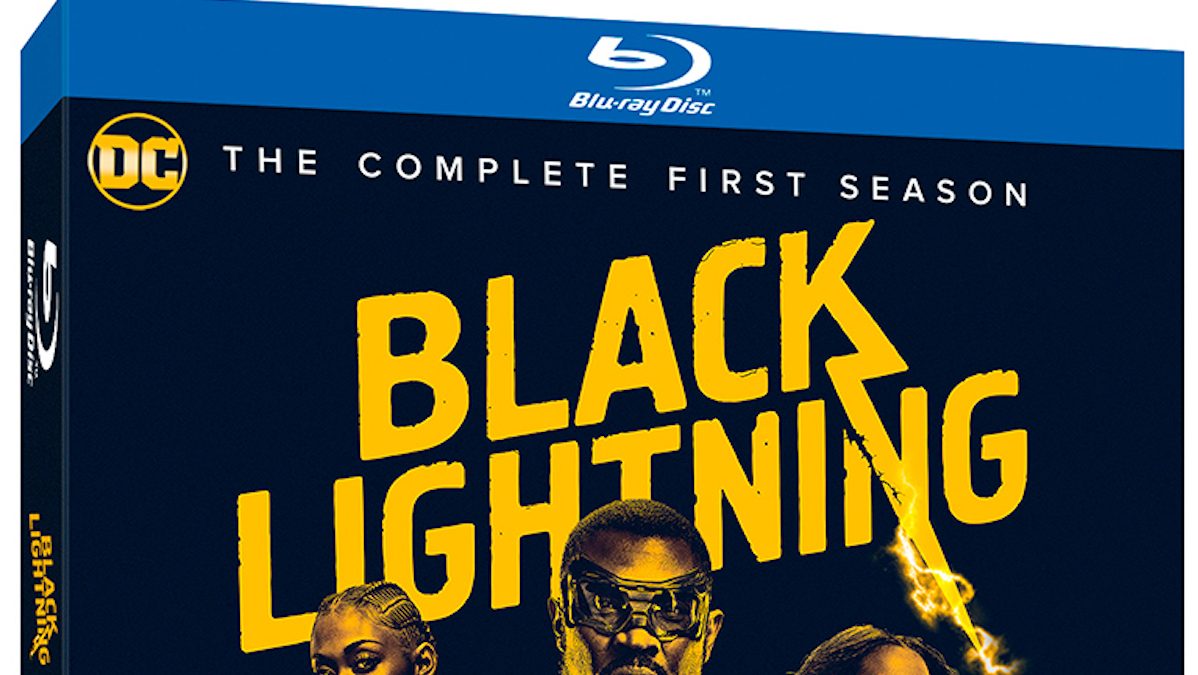 During the “In Art Imitating Life: Pilot Episode,” the first bonus feature of the Black Lightning Season 1 Blu-ray, executive producer Salim Akil says the most compelling scene in the pilot, as police officers pull over Jefferson Pierce with his two daughters in the car for no good reason, is based on his real-life experience.

“I did what Jefferson Pierce did in the pilot. I said ‘I could die like this.'” And he cooperated and remained calm and gave in. Except, that has consequences too, Akil said. “By shutting up, you lose a little bit of your manhood.”

The parallels to police stops of black men gone wrong were impossible to deny when watching the pilot, such as the killing of Philandro Castle. At the end of the pilot, the police once again call out to Jefferson Pierce to halt but they get zapped by Black Lightning instead. I knew was a parallel but I didn’t appreciate the full aspect of that parallel until Akil spoke about it

“Now you’re not dealing with Jefferson Pierce, now your messing with Black Lightning,” Akil said. And Black Lightning has a “whole different attitude about violence.”

It’s this kind of grounding in reality, especially concerning the black experience in America, that is one of the things that set Black Lightning apart from other superhero shows on network television. Luke Cage on Netflix may be the only comparison to BL, but Cage is  a loner learning to protect his community.

Black LIghtning is about a family man protecting them, and his community, in every way he knows. Despite this being a science fiction superhero show, Jefferson may be the best, and most realistic, father on television and the Pierce family is the glue that holds the entire show together.

In the second featurette for the Blu-Ray, “Family of Strength,” the show’s producers talk about that family. “We didn’t want our show to be just about superhero moments, we wanted the family moments to be equally as good.”

The family is Jefferson Pierce, his ex-wife/future wife? Dr. Lynn Pierce, and their daughters, Anissa and Jennifer Pierce. Jefferson is not angst-ridden or discovering who and what he is. He’s a grown man who has worked all his adult life to protect his community, first as Black Lightning, and then as principal of Freeland High School, where he mentors and oversees the most vulnerable in his community. Its work he feels is more important than his superhero work, at least until a new threat arises in the pilot, against his daughters, then against the high school students, and against the community at large.

At first, Lynn is the one pushing against the use of superpower but she comes around as she realizes that the man she loves literally cannot walk away. And neither can she, especially when Anissa and Jennifer also develop powers. The show spends a great deal of time on Anissa’s evolution into the superhero called Thunder, how that changes the family dynamic, and Jennifer’s much different reaction to her powers.

Without spoiling too much, Anissa is a lesbian, a medical student, and nicknamed “Harriet Tubman” for her need to do-good by her sister. When Anissa discovers her powers, she views that as part of who she is and that, to be true to herself, she must use them. Anissa already knows the price of hiding who she is and she’s never going to do that. Jennifer, on the other hand, only wants normal back. Watching the family sort through all this, together, is as compelling as any of the action moments.

The other features on the Blu-ray, which include the gag reel and deleted scenes, are fine but don’t add to the understanding of the show nearly as well as “Family of Strength” and “Art Imitating Life: PIlot Episode.”

It’s the last one bonus feature, the Comic Con panel from San Diego, that offers more insight. The panel includes Salim Akil, co-executive producer Mara Brock, Cress Williams (Jefferson Pierce), Christine Adams (Lynn Pierce), Nafessa Williams (Anissa), and China Anne McClain (Jennifer.) Williams wore a Superman shirt to the panel, while Salim Akil wore a “Black Heroes Matter” t-shirt. The discussion is an interesting look into what they all hoped the show would be before it aired. The biggest surprise to me was Adams, speaking with her native British accent. (Her American accent is excellent.)

I wish, however, there had been more bonus features in general.

Specifically, I wanted a feature on the music of the show. Every single episode, the musical choices were perfect, especially the song picked for the Pierce Family’s final battle in the season finale, “Family Affair” by Sly and the Family Stone. Alas, I’ll have to settle for this list of songs on Tunefind.

I also hoped for more discussion of the comic book Black Lightning, such as interviews with creator Tony Isabella and artist Trevor Von Eeden. Isabella and Von Eeden have writing credits for all the episodes of the television series on IMDB but that is because the show drew on their comics work. I wanted to hear from them about the show.

I also wanted to hear from the producers and writers of the show about the comic, as they drew so heavily on those original issues, including the concept of Gambi being part of Jefferson’s life, the suit Gambi creates, and Jefferson as a teacher and former Olympic champion.

Perhaps the season 2 collection will have more about the music and the comics. I hope so.

If you haven’t seen Black Lightning yet, buy the Blu-ray that’s out today, because this is a show about something, with fascinating characters, and heroes to root for.

Phineas and Ferb: Across the 2nd Dimension