If the squeals of my daughter and her 7-year-old BFF are any indication, DC Comics is on the right track with DC Super Hero Girls.

Yesterday DC Comics announced the creation of a super hero line of merchandise and media targeted at girls ages 6-12. DC Super Hero Girls, featuring a diverse mix of characters both well-known and relatively obscure, are poised to take flight over a variety of media in 2015 and 2016:

The initial launch of DC Super Hero Girls in Fall 2015 will include an immersive digital experience, original digital content and digital publishing–providing opportunities for girls to interact with characters, learn about the storylines, and engage in customizable play.  TV specials, made-for-videos, toys, apparel, books and other product categories will begin to rollout in 2016.

Not only will Mattel create action figures of the redesigned heroes and villains, Random House will be publishing a “portfolio” of books, DC Comics plans on graphic novels, and even LEGO is getting in on the girl power with sets “designed to inspire girls’ imaginations.”

With the current state of super heroes marketed toward boys, I’ve not had much success getting my daughter into comics beyond a Wonder Woman picture book or two. But the moment I showed her the new art (shown right), she was intrigued by Katana (“I want to be her!”) and wanted to know more about the characters.

The new looks of Supergirl, Wonder Woman, Batgirl, and more immediately reminded me of the LEGO Friends style, but I’m not opposed to it. I have no qualms about pink sparkly Batgirl costumes or heroes redesigned to appeal to a younger audience; I support anything that sparks my daughter’s interest in the world of super heroes that had me so entranced as a teen. I’m a fan of some of the age appropriate costume redesigns for Poison Ivy and Wonder Woman. (Namely: Pants.) And the nods to Batgirl’s yellows Docs and Katana’s mask are nice touches for fans of the comics.

Time will tell if the stories will do the characters justice, but I’m more than willing to give DC Super Hero Girls a shot. In an age where female characters in blockbusters like The Avengers rarely find their ways on store shelves, and super hero stories for kids are increasingly hard to find, it’s a pleasure to see that DC Comics is making a real attempt to reach superhero fans of all ages and genders. 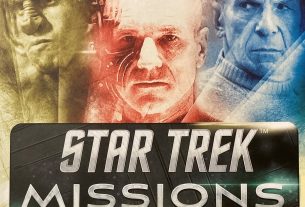 Review: An Epic Telling of The Odyssey