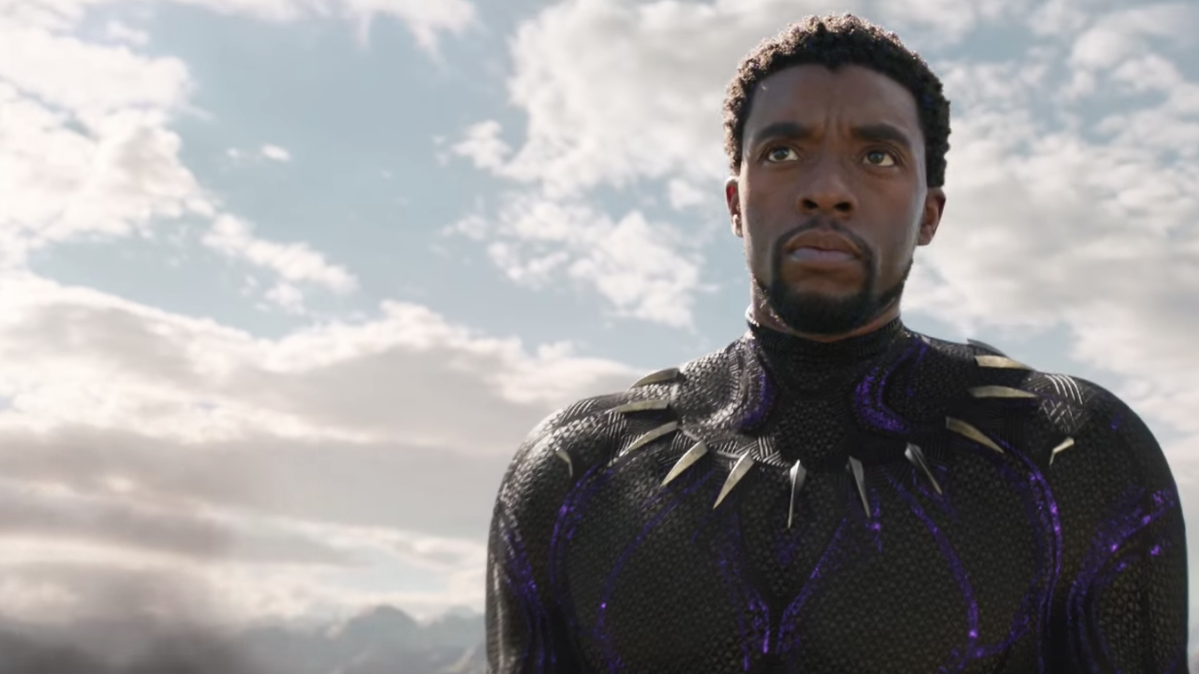 Today’s the day! If you’re interested in buying a copy of Black Panther of your very own on Blu-ray or DVD, head on out to your favorite store and get it! It hits stores today.

Of course the digital copy has been available since last week…I see what you’re doing there, Disney…

I was thrilled to receive a preview copy of the Blu-ray and digital movie, and earlier this month it was playing non-stop for our house full of weekends guests, with teens and college students alike in awe that we had a copy of the movie in the house! Even though all of us had seen the movie already, it was worth watching again…and again…and again. It’s amazing how many things you miss the first time around, amiright?

Holy smokes am I excited to share the incredible featurettes and extras included on the digital and Blu-ray versions of the film! I’m just going to highlight my favorites, but know there are many other features, from the audio commentary to the gag reel to the 2.5 minute sneak peek at Ant-Man and the Wasp due in theaters on July 6th. Stay tuned because we are giving away a copy of the Blu-ray/digital version of the movie.

Each of these featurettes is only 5-7 minutes long, and each drills deeper on one facet of Wakanda. For those like me who wondered about the imagination behind transforming Wakanda from the pages of the comic book to the big screen, these four featurettes will answer many of your questions.

“Wakanda Revealed” was definitely my favorite, which delves further into the Wakandan people’s technology and how their nation sitting on the world’s vibranium reserves shapes their culture. There’s discussion of Wakandans’ favorite weapons, tech, and you are even teased with about a minute of scenes from Avengers: Infinity War, which ties the end of Black Panther with what we have seen in the MCU’s latest offering.

“The Hidden Kingdom Revealed” covers Wakanda’s diversity, and the challenge director Ryan Coogler and the rest of the crew had in making the country a perfect blend of old-world tradition with innovation and technology. In addition, there were many tribes within Wakanda itself, and we saw those tribes featured during T’Challa’s coronation ceremony. The featurette explores the varying costumes, traditions, and languages the actors used. I was tickled that producer Kevin Feige even mentioned the “geopolitics” of Wakanda, a topic near and dear to my heart (I’ve taught undergraduate geopolitics).

“The Warriors Within” covers the female warrior leadership roles that are important to T’Challa, important to Wakandan politics, and incredibly important to the message conveyed throughout the film. I positively love Shuri, T’Challa’s younger sister, played by Leticia Wright; the two of them have a classic brother/sister relationship, with a balance of sibling rivalry and fierce protection of each other. The featurette also shows interviews with Lupita Nyong’o (Nakia), Danai Gurira (Okoye), and the legendary Angela Bassett (Ramonda).

As a tongue-in-cheek tribute to Wakanda’s transformation before and after the film, Marvel included two 48-second “Come to Wakanda” commercials. One is allegedly from the 1980s, featuring their sheepherding and textiles lifestyle, offering visitors to “graze with the local livestock,” while the other is a modern-day advertisement featuring their technology, shopping, and food, under the motto “Come and Discover the Real Wakanda (#wakandaforever)”. The latter was definitely inspired from scenes from the movie. Watch these two commercials side-by-side for a good laugh.

Finally, I want to point out the 8 1/2 minute mini-documentary about the artistry that is the Marvel Cinematic Universe. Starting with Nick Fury introducing Tony Stark to S.H.I.E.L.D. in the 2008 Iron Man movie, Marvel Studios has been crafting a cinematic web of storylines and crossovers that draw in audiences.

How many of you have seen all 18 movies that feed into The Avengers: Infinity War?

Black Panther is available starting TODAY (May 15th) on Blu-ray and DVD through your favorite retailer, and On Demand through your local cable and satellite provider. It’s been available for digital purchase since May 8th. Get your copy today!

That’s right! We offered you a giveaway! GeekMom is giving away one copy of Black Panther on Blu-ray to a random fan. Fill out the form below for your chance to win! Don’t delay, we are randomly choosing our winner on May 24th!

The GeekMom Black Panther Blu-ray Giveaway has ended. Congratulations to our randomly-selected winner, Samantha V. of Austin, TX! You will be receiving your prize soon!

GeekMom was provided a complimentary sample of the Blu-ray and Digital versions of Black Panther for review purposes. The opinions presented are my own.

Go Gleek for a Week