Mom! Phineas and Ferb are making a DVD release!

Just two months after the Disney Channel aired Phineas and Ferb: Mission Marvel, it’s out on DVD. Yes, my family watched the episode when it first aired. We actually watched it more than once, if you want to get technical. Apparently, this episode has legs, as well as superpowers.

Well, it has superpowers sometimes. The plot of the main feature is that Doofenshmirtz’s “Power-Draininator” has swiped powers from some of the world’s most beloved heroes. That lineup includes Spider-Man, Iron Man, Thor, and Hulk. Soon after, Red Skull, Whiplash, Venom, and M.O.D.O.K. come looking for Doofenshmirtz to collect the goods—and an evil entourage is born.

Without a doubt, this is one of the geekiest, greatest episodes of Phineas and Ferb. It mixes up the animation styles used in the two cartoons, with awesome results. From the giant M.O.D.O.K. calling out “shotgun” to Major Monogram’s multiple eye patches to a cameo by Stan Lee; it’s completely hilarious and worthy of repeated viewing.

The DVD set is also a nice one, but I found the navigation to be a little annoying. After three previews, the DVD jumps right into the main feature. Once that ends, it jumps right into the next episode, and so on. Maybe it’s just my player, but I couldn’t just click the menu button and have that appear on-screen. I actually had to go into my player’s options to get to the main menu. This doesn’t happen to me very often, so I found it odd. Your mileage may vary, though.

That menu is something that you’re going to need, because this single-disc release does have multiple episodes. Besides “Mission Marvel,” there are a total of six other episodes, which includes two two-parters. It would have been nice if Disney included some behind-the-scenes action, the premiere episode of Marvel’s Avengers Assemble, or something like that. However, it’s a pretty hilarious collection, which includes Candace becoming a fly, a peek at Perry’s old partner, mom finally checking out Phineas and Ferb’s creations, a little body swapping, and more.

Also worth noting are the non-disc perks. My 7-year-old was practically clawing at my face to get the included comic book and full-length poster. All of the available comics are the same short pamphlet, but there are three poster possibilities. (We got Perry!)

Even if you watched Phineas and Ferb: Mission Marvel months back on the Disney Channel, this DVD is worth the price ($15 on Amazon). Disney’s first Marvel mash-up is a really good one. Enjoy! 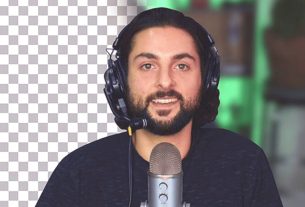 1 thought on “Phineas and Ferb: Mission Marvel Lands on DVD”