Disclaimer: It is impossible to write this article without spoilers. So what I have done is limited the spoilers to just the “Ready Player One Tie-In” sections and I have marked these sections with a spoiler warning. So if you want to learn more about the video games in Ready Player One and where you can play them today but don’t want either the novel or the movie spoiled for you then just don’t read the “WARNING – Spoilers in this section” marked sections of the article.

Joust is the first game from Ready Player One I’ll cover and it’s is very important game to the story. This is a game I actually remember playing quite a bit as kid in the arcade at my neighborhood pool during the summer. Joust was released in July of 1982 by Williams Electronics in arcade formats (upright and table) and eventually released/ported to a large variety of game consoles (Atari, NES and other systems like Apple II, MS-DOS, PCs and the Macintosh). Joust was known for its unique flapping control mechanism and because it allowed for simultaneous 2-player gaming. It was also a very unique game for the time as it stayed away from the popular theme of space and instead featured a knight carrying a lance on top of a flying ostrich (which is about as far from a space-themed game as you can get).

There is virtually no reference to Joust in the Ready Player One movie (only in passing) although you can see the arcade table for the game in the background when Parzival and Aech are inside Aech’s workshop in the Oasis. The real tie-in is from the book. Joust is the first major video game challenge our young hero faces when he has to battle Acererak the Demi-Lich in a best-of-three match of Joust in order to win the Copper Key.

Black Tiger (also known as Burakku Doragon or black dragon) was released by Capcom in 1987. The game play is very similar to Ghosts n’ Goblins (also a Capcom video game) but instead of fighting ghosts you are a barbarian (named Black Tiger) fighting a wide variety of enemies as you make your way through a medieval kingdom. As you progress through the game you can use coins to upgrade your armor and weapons, you encounter stone wise men who give you rewards when you free them from captivity and ultimately you are trying to free the kingdom from three invading dragons.

Again, there is virtually no mention of Black Tiger in the movie but it is another key plot point in the book. In the book Wade/Parzival must play through a full 3D recreation of the game in the Oasis and as a prize you get a giant robot and the riddle for finding the Crystal Key.

Dungeons of Daggorath was produced by DynaMicro and released in 1982 by the Tandy Corporation for the TRS-80. It is well-known because it one of the first video games that takes place in a 3D real-time environment. It used very simple 2D graphics but used the illusion of angled lines to give the screen a 3D depth to the environment as you progressed through the game. The game itself is a text-based game meaning you play the game by typing in text commands and your player on-screen would then follow those commands.

Again there is virtually no tie-in to the movie, except you do get to see a young version of Halliday playing on his Atari and you get a glimpse of his TRS-80 in his virtual bedroom in the OASIS. In the book Wade/Parzival must insert the game Dungeons of Daggorath into Halliday’s TRS-80 Tandy computer inside Halliday’s virtual bedroom in the OASIS and play through an OASIS version of the game to access the first gate. Once Parzival plays through the entire game, the WarGames poster on the wall of Halliday’s virtual bedroom transforms into the first gate. The Copper Key unlocks the gate and then Parzival must complete a Flicksync of the entire movie WarGames as the main character David (and disappointingly this is not in the movie either).

Pac-Man needs no introduction or explanation so I won’t bore you with any in-depth background other than to say that is was released as an arcade game in 1980 by Namco. Pac-Man went on to become one of the highest-grossing video games of all time.

Pac-Man did not play a part in the plot of the movie but was a key plot point in the novel. Wade/Parzival had to play a perfect game of Pac-Man and for his efforts he received a 1981 Quarter artifact in the OASIS that ended up being an extra life (in the movie Wade receives the same Quarter but in another way). There is even a song about Pac-Man (called “Pac-Man Fever” by Buckner & Garcia) in the Ready Player One novel that I included as part of a Ready Player One playlist I published a while back here on GeekDad.

Zork was one of the first interactive fictional text games for the computer. Zork was first developed between 1977 and 1979 using the MDL computer language on a DEC PDP-10 computer and eventually it was released commercially as three separate games (Zork I: The Great Underground Empire, Zork II: The Wizard of Frobozz and Zork III: The Dungeon Master).

Zork doesn’t really make it into the movie but is another key plot point in the novel. In the novel there is an entire planet called Frobozz that is a 3D recreation of the world of Zork. In the novel Wade/Parzival has to collect all 19 trophies in the game and place them in the trophy case and then blow a Cap’n Crunch cereal box whistle to obtain the Crystal Key. The Cap’n Crunch whistle may sound like a silly made up thing, but it is a real life reference. An analog hack discovered in the 1960’s used a Cap’n Crunch cereal box whistle to create a 1,000 Hz tone that could be used to trick our old analog phone systems into making free phone calls.

Tempest was an arcade game released by Atari in 1981 and one of the first games to use Atari’s Color-QuadraScan display technology. In another first this game also allowed players to select their starting level within the game and would vary the design of the levels as the player progressed (levels were not the same each time). You play Tempest by piloting a ship down a 3-Dimensional tube and clearing the screen of as many enemies as possible without being destroyed.

Tempest also gets the cold shoulder in the movie (like most of the video games from the book) but has an important role in the book. In the novel, gunters must beat James Halliday’s high score in Tempest of 728,329 points and when they do they are allowed to proceed into a Flicksync of Monty Python and the Holy Grail. Ernest Cline says that Tempest made it into the book because the game is featured toward the end of his favorite music video…”Subdivisions” by Rush. Below is the “Subdivisions” music video. Be on the lookout for some Tempest game play near the very end of the video.

Adventure was released by Atari for the Atari 2600 in 1979/1980. With its simple blocky graphics, the game isn’t known for being a technological breakthrough, but it had its own set of firsts. Enemies would continue to move within the game even if you weren’t on a screen with that particular enemy. Most notably Adventure contained the first widely known Easter egg, a secret room that when found would display text crediting Warren Robinett as the game’s creator.

In the novel, James Halliday mentions in his hunt invitation that his Easter egg hunt within the OASIS was inspired by the Easter egg in Adventure. Both the novel and the movie (yes, an actual video game shown in the movie) feature Adventure game play. This is one of the few video game related things that actually carried over from the novel into the movie. Wade/Parzival had to play through the Atari game Adventure and find the secret room, but instead of finding the classic Easter egg showing the name of the game’s creator the game gave the player “THE” Easter egg everyone was searching for in the OASIS.

All of the video game references from the novel

One final bonus, the YouTube video below is an interview with Ernest Cline talking about many of the video games referenced above and what the meant to him and why they were included in the novel:

Click through to read all of “The Video Games of ‘Ready Player One’” at GeekDad.If you value content from GeekDad, please support us via Patreon or use this link to shop at Amazon. Thanks! 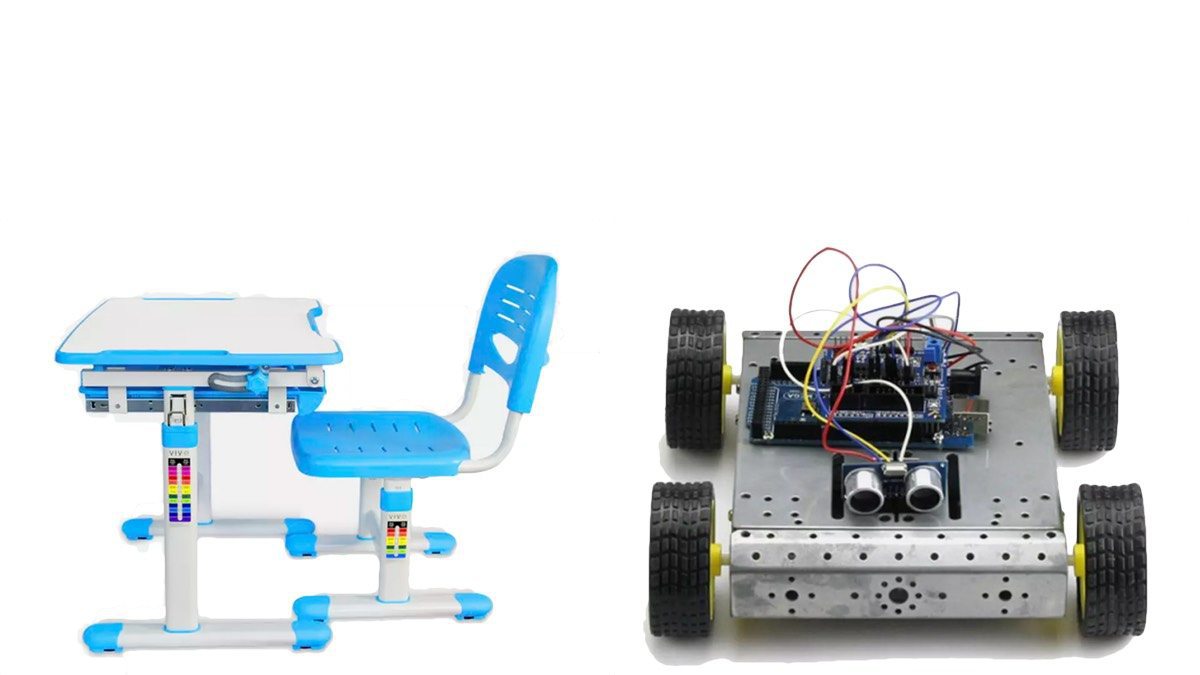 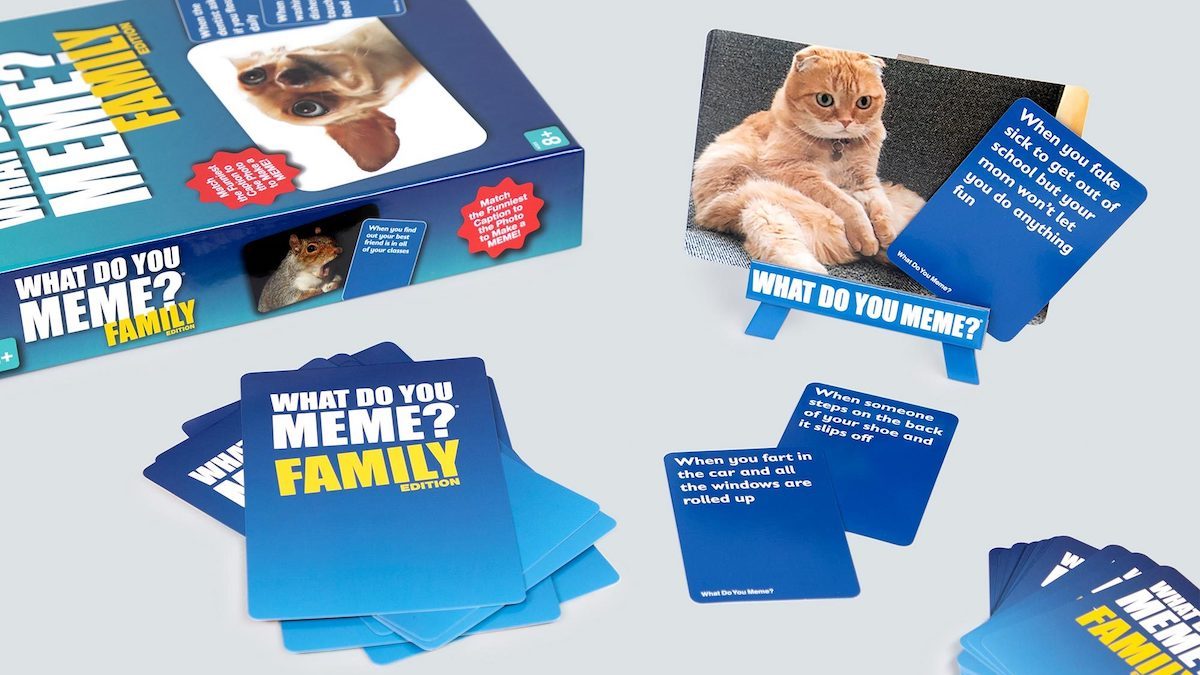 Social Media Fun With ‘What Do You Meme? Family Edition’ 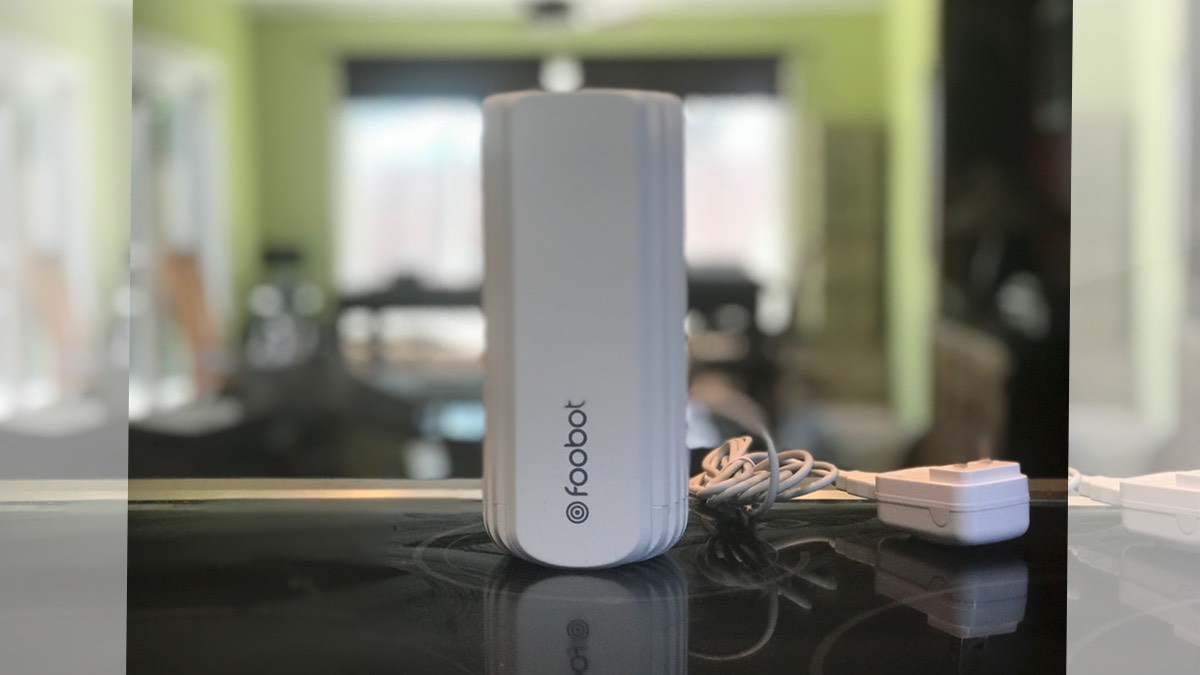