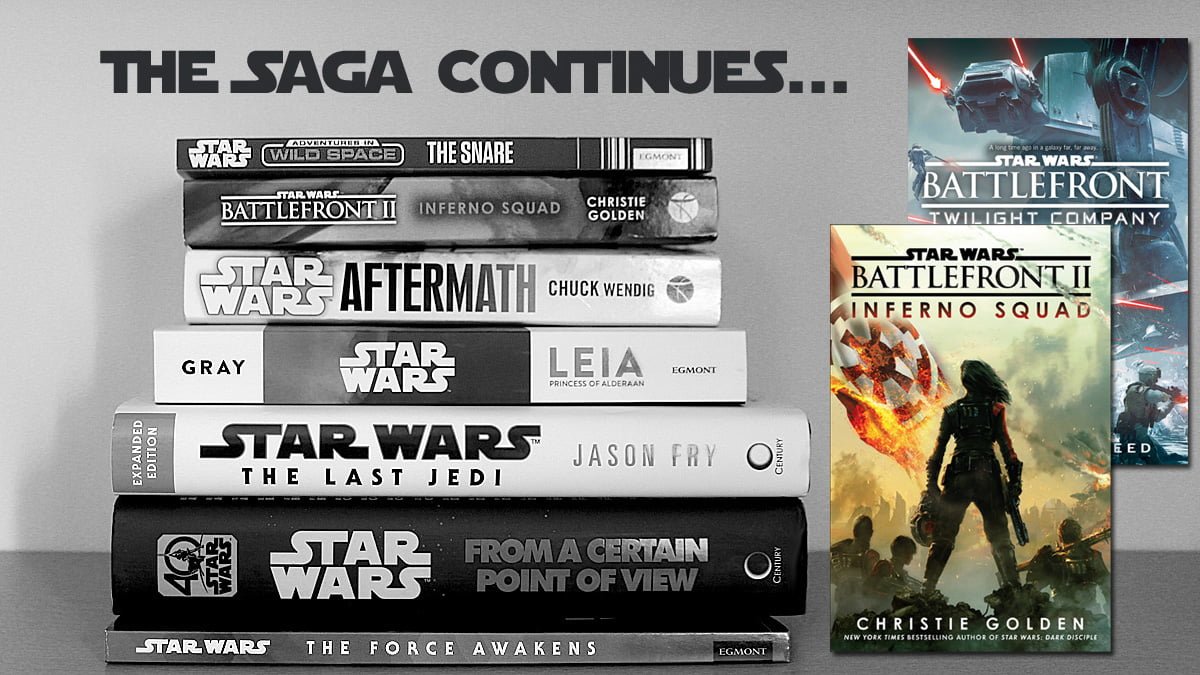 The Saga Continues is a new post series that explores the Star Wars new canon book universe. Today, I explore the two Star Wars: Battlefront novels so far: Twilight Struggle and Inferno Squad. While both books serve as prequels to the Battlefront games, you do not need to have played either of the games to follow them and the books stand by themselves as additions to the Star Wars novel universe.

The first of the two Battlefront novels is Twilight Company which follows a crack squad of rebel soldiers by the same name and is the prequel novel to Battlefront (2015). This book skips around in time somewhat but is mostly set around the Battle of Hoth. The Rebel Alliance has spread itself too thin and is in the process of retreating from the mid-rim with Twilight Company forming the rear guard. On the planet of Haidoral Prime, the team picks up Governor Chalis who promises to provide them with highly detailed intel on the Empire’s infrastructure in exchange for them helping her escape its reach. However, after Hoth, the fleet is left scattered and, with no official orders, Twilight Company soon become demoralized until they form a plan to strike deep within the heart of the Empire.

I struggled with Twilight Company, partly because I felt as if I never really connected with any of the characters. The main character of the book is Hazram Namir, however, we also follow many other members of Twilight Company at times as well as several Imperial characters. Because there were so many characters, locations, and different time frames to follow, I found that I didn’t really know much about any of the people or their motives by the end of the book which made it hard to connect even during times of tragedy. It’s a similar issue to the one I had with the Aftermath trilogy.

A new super baddie character is brought in for the story – Prelate Verge of the Imperial Ruling Council – but, again, not enough background is given to him for us to either care about his fate nor fully understand his position in the grand scheme of things. However, this lack of prestige or notoriety on his part is used to great effect at one point when Governor Chalis discovers that she is being pursued by Verge rather than Vader, leading her to a life-altering realization.

There are a few great moments in this first of the Battlefront novels of course. Getting to experience the Battle of Hoth from the perspective of a ground soldier rather than one of the main heroes gives it a refreshing, if bloodthirsty bearing, there’s a fun cameo from a freighter captain who might just be Han Solo but is never identified by name, and I found it interesting to follow a character’s recovery from one of Vader’s choke holds, showing the long-lasting injuries his seemingly casual attacks can cause. Sadly, however, none of this can make up for a story that simply felt lacking in too many places.

The second of the two Battlefront novels so far, Inferno Squad, is set at slightly earlier in galactic history than Twilight Company and also focuses on a single, elite team, however, this prequel to the Battlefront II game follows an Imperial squad rather than a group of rebels.

The leader of Inferno Squad is Iden Versio, daughter of a high-ranking Imperial Admiral and one of a handful of Death Star survivors. Iden is teamed up with Agent Gideon Hask, Agent Seyn Marana, and Agent Del Meeko to form the special forces commando unit at the beginning of the book and they are tasked with making the rebels pay for the destruction of the Death Star. Initially, they are sent on a few smaller missions to test their ability to work as a unit, but soon they begin work on their key objective; the destruction of the Dreamers, a small group of Saw Gerrera’s Partisans who were not wiped out on Jedha.

The vast majority of the book sees Inferno Squad attempting to infiltrate and live among the Dreamers as they hope to learn where the group is gaining the intelligence it has used to launch multiple damaging attacks against the Empire. While mostly seen from Iden’s point of view, the book allows us to get to know each member of the squad, and as the weeks living with the Dreamers tick by, we see how exposure to the group begins to affect every member of Inferno Squad differently.

I would highly recommend having watched the Star Wars: Clone Wars TV series prior to reading. One of the key plot points of the book revolved around a character hiding their true identity, however, when the big reveal finally came, I had no idea who the person was having not watched far enough into the show as yet. There are also multiple references to the events of Rogue One and some passing mentions of characters and events from the novel Rebel Rising which chronicles Jyn’s life between her rescue by Saw and her extraction from the Wobani labor camp.

Quite simply, I loved Inferno Squad. The characters came across as relatable and I constantly found myself picking the book up to squeeze in an extra chapter whenever I could – a vast difference to Twilight Company which felt like a slog to complete. When thinking about the difference between the two, I feel that while Inferno Squad focused entirely on a small group of characters who I could grow to empathise with, Twilight Company spread itself too thin (much like the rebel fleet) and was too focused on packing in as many battles as it could instead of interesting me in its characters. I find myself wondering if this could also be related to the fact that the first Battlefront game has no story mode, yet Battlefront II does?

The two Battlefront novels are worlds apart from one another in terms of storytelling, character development, and approach to the galactic civil war, yet both serve as interesting additions to the Star Wars canon universe. If I had to recommend only one, then Inferno Squad would win hands down, yet for those interested in learning more about the Rebel Alliance outside the handful of characters who make up Alliance High Command, Twilight Company offers real insight not yet seen anywhere else in the novels.

GeekMom received a copy of Inferno Squad for review purposes. 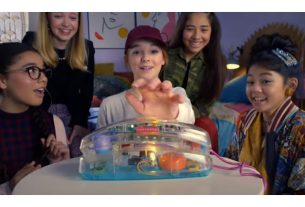 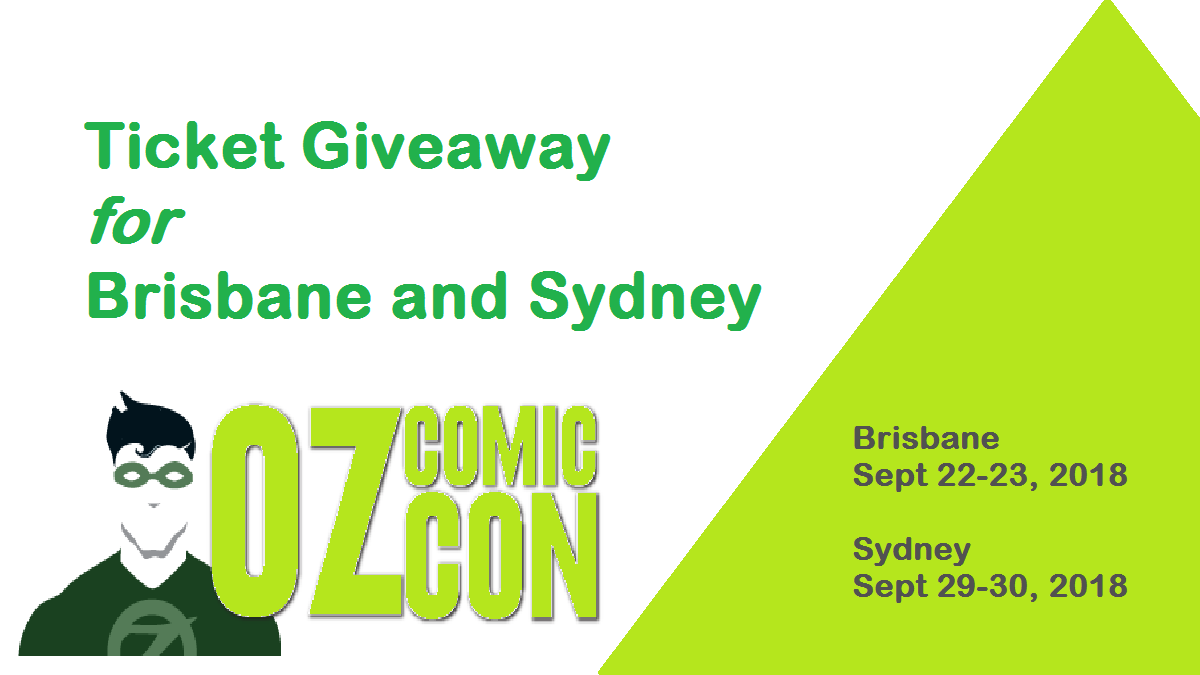