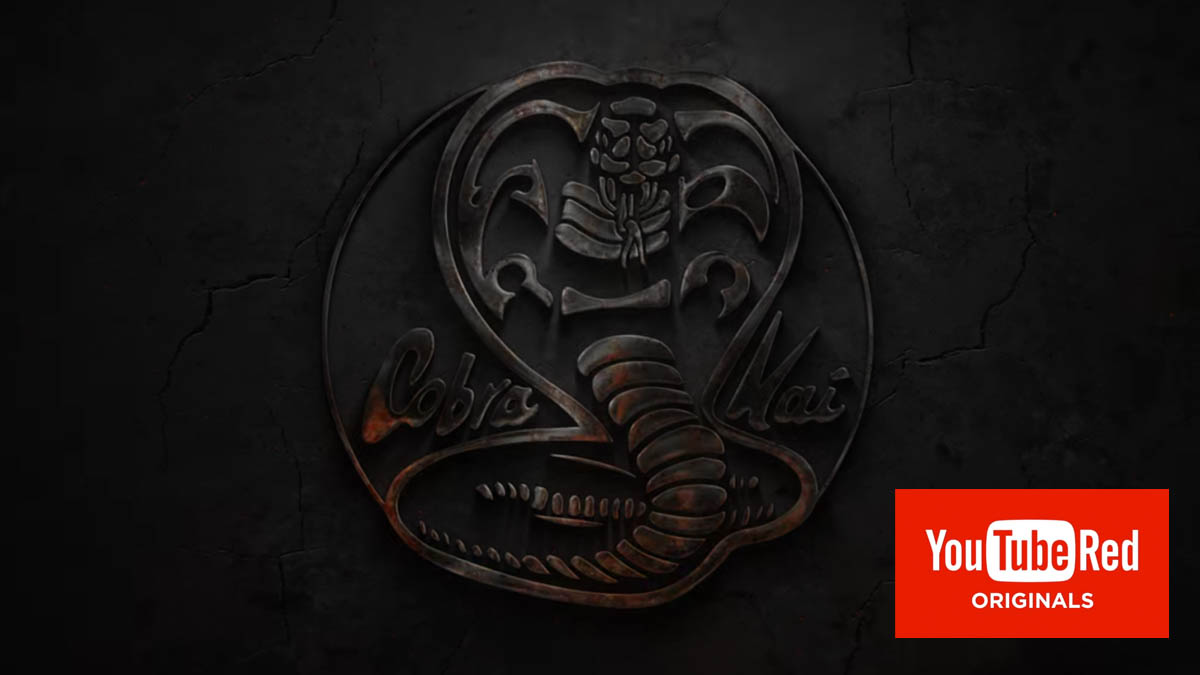 YouTube Red’s latest dramatic comedy series, Cobra Kai, is set to debut on YouTube Red on May 2nd and I’m conflicted on who the real bad guy is.

Taking place 34 years after Johnny and Daniel faced off in Karate Kid, the series focuses on Johnny bringing back the Cobra Kai style of Karate to The Valley, the location of the first movie. The first trailer was cut in such a way that I was automatically rooting for Daniel, despite him not letting go of the past when he walks into Johnny’s dojo and declares, “Johnny. You and I? This? We’re not done.”

While the first trailer had me on Daniel’s side, the latest trailer has me doubting my first judgment.

I’ve seen enough of the original Karate Kid to know that Daniel was bullied by Johnny and his buddies. I’ve also seen the end of the movie where Johnny congratulates Daniel as he’s handed the trophy (though it’s not something that gets acknowledged by any of the other characters in the scene).

In the latest trailer, we see a down-on-his-luck Johnny, who goes to one of Daniel’s car dealerships after seeing his TV commercial. His visit isn’t exactly pleasant when someone remarks about Daniel kicking his ass, to which Daniel corrects him and says, “Well, if you want to get technical, I kicked his face,” referencing his crane kick win against Johnny in the first film.

Kicked him in the face… let’s talk about that for a moment.

After some research, I learned that Daniel’s famous crane move at the end of the first movie might not have even been legal and he could have faced disqualification for using a full power on his opponent in a tournament.

Okay. Back to Johnny…

When Daniel confronts Johnny and his “beating up a bunch of teenagers in a parking lot,” Johnny is not afraid to defend his actions. Those pricks were picking on a kid, causing damage to Johnny’s property, and then they pushed Johnny in the chest. It’s not Johnny’s fault they didn’t ask for his resume before he high-kicked them to the ground.

Then there’s the “new karate kid” Johnny takes under his wing. Someone who is obviously disadvantaged in the social realm and Johnny trains him to defend himself against bullies, something that Johnny himself used to be. If you stop the trailer on Johnny’s class full of students, you will see a bunch of kids that look like they’d be targets for bullies.

From an outsider’s perspective…

Watching the trailers, it seems as if the real issue Daniel has is with his memories of Cobra Kai and what it stood for but he can’t seem to separate that from his rivalry with Johnny. And Daniel’s attitude towards Johnny may turn him from the former victim to the victimizer.

Daniel also seems to have a controlling nature when he remarks, “Guy thinks he can bring Cobra Kai back to The Valley? Not on my watch.” He’s a car dealership owner, not Chuck Norris (whom, despite rumors, was never actually offered the role of Cobra Kai sensei, John Kreese).

This may end up being an interesting exploration of the bully/victim relationship and if the wounds can ever truly heal.

I’m curious to see where this series goes as a dramatic comedy but I’m equally interested in seeing who the writers get me to root for… Johnny or Daniel.

What are your thoughts? Are you team Cobra or team Daniel? Let us know in the comments!

A Look at Grapevine’s Legoland