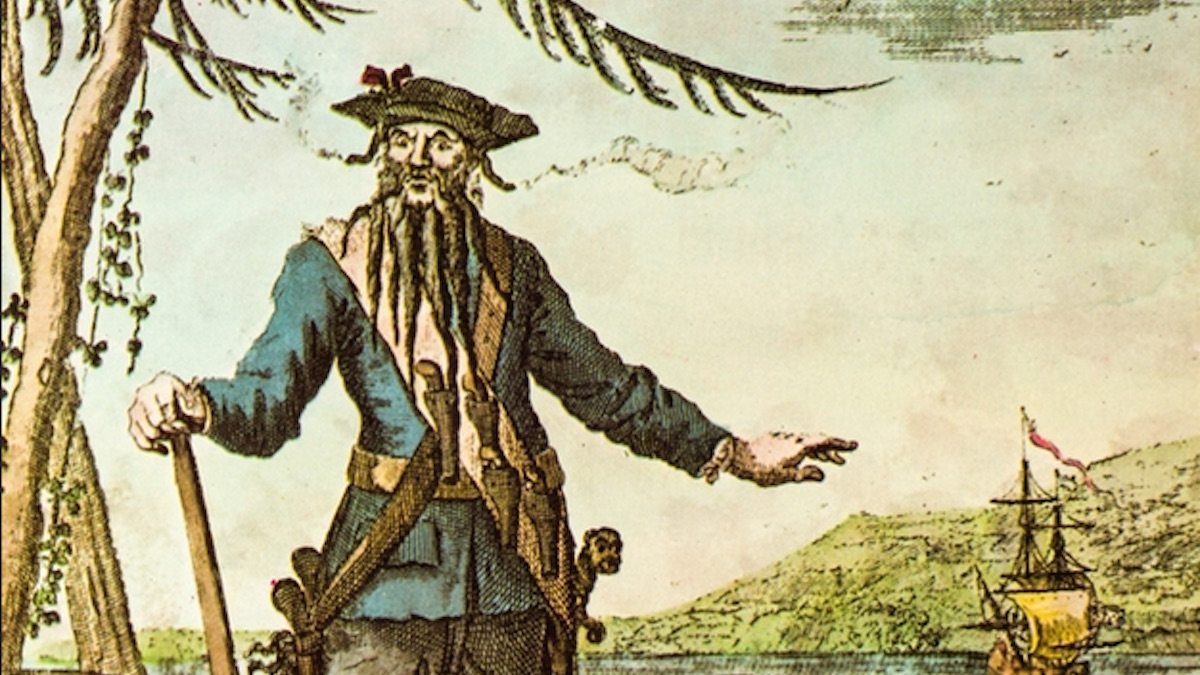 While others were following award shows, politics, or football championships this past week, I ran across an event mentioned everywhere from Atlas Obscura to Smithsonian Magazine that caught my attention more than anything else: the book on Blackbeard’s ship.

Since the remains of Blackbeard’s vessel, Queen Anne’s Revenge, were discovered in 1996, it has been the subject of study, and not too long ago, according to the North Carolina Department of Natural and Cultural Resources (NDCDR), around 16 small fragments of book paper were discovered in the ship’s breech-loading cannons. Some of these still contained some legible words, including a keyword, “Hilo.”

Several months of research later, it was learned the book was part of a 1712 first edition of the Captain Edward Cooke’s A Voyage to the South Sea, and Round the World, Perform’d in the Years 1708, 1709, 1710 and 1711. One adventure in this book relating to the rescue of Alexander Selkirk from an island he had been marooned on for four years is a likely inspiration for Daniel Dafoe’s 1919 classic, Robinson Crusoe.

Paperback versions of Cooke’s book are still available for sale, or you can read an “early” copy online at archive.org.

As a lover of books, history, and pirate lore, the news about this book being on Blackbeard’s ship just fills me with curiosity and wonder.

The idea of a few simple words, arranged in a particular order on a small scrap of paper being able to reveal the possible reading habits of one very famous pirate made me not only want to find this particular book, but made me wonder what else Blackbeard and his crew might have found stashed on a shelf in the Captain’s cabin, stuffed a drawer, or locked away in personal chests.

Here is what many historians have come to accept: Blackbeard, (Edward Teach), captured a French slave ship, and renamed it Queen Anne’s Revenge in 1717, and was killed by Royal Navy forces in November of 1718.

The genre of “voyager narrative,” or stories of exploration and travels, were popular at this time, and as a well-traveled gent himself, Blackbeard may have indulged in more than just Cooke’s book.

Some of the more popular of these voyage tales written in the 1700s came after Blackbeard’s death, so he might have picked up an older volume from that 1600s or earlier.

In the 1600s, India and Persia, as well as other Eastern destinations, were of interest to explorers and travel writers, and it seems accounts of these voyages would have been appealing to sailors and pirates.

One book Blackbeard might have enjoyed would be The Six Voyages of John Baptista Tavernier. The travels of merchants and traders were not only of interest to readers who wanted to learn more about the culture, history, and language of the faraway places they visited, they were also pretty sweet potential targets for pirates. Merchant Jean-Baptist Tavernier, known for his discovery and purchase of the 116-carat “Tavernier Blue” diamond (later recut as the Hope Diamond), covered around 60,000 leagues at his own expense. He published his six voyages to Persia and India in the 1600s in 1676. Blackbeard might have loved to get his hands on some of Tavernier’s sparkly finds.

Sadly, A Voyage Round the World by Way of the Great South Sea by a British privateer who circumnavigated the world, George Shelvocke, wasn’t published until 1723. This book inspired the classic Samuel Coleridge poem The Rime of the Ancient Mariner, and I think it would have been a good read for Blackbeard had he lived a little longer.

What about the more popular authors of the early 1700s? Would Blackbeard have been curious about these? Perhaps, if they made him laugh. Whether he did follow the current bestseller list or not, we know people were reading the works of poet Alexander Pope, who is known for his satirical style including his translation of Homer’s Iliad and Odyssey. The Iliad of Homer translation was first getting attention around 1715, but not everyone liked it. Critic John Dennis, who had been feuding with Pope for some time, released his less-than-positive essay on Pope’s translation, Remarks upon Mr. Pope’s Translation of Homer in 1717. Also that year, poet Thomas Parnell, who helped Pope with his translations, released a satirical animal tribute to Homer, Battle of the Frogs and Mice, and took his own stab at those who criticized Pope’s style.

Pope and Parnell were also members of a group of authors, along with Jonathan Swift, John Gay, and others, known as the Scriblerus Club. Through this club, they created a persona, “Martinus Scriblerus,” through whom they published several satirical writings. Their humor was appreciated by some, but not received well by everyone. As a result, writer John Durant Breval created the dramatic farce (under the name Mr. Gay) in 1717, The Confederates, completely mocking the Scriblerus members.

This may not have been a battle at sea, but even pirates would get a laugh over a bunch of landlubbing writers swiping back and forth at each other through satirical works.

Blackbeard and other pirates might also have been fans of William Shakespeare, who had only died about 100 years before the Queen Anne’s Revenge was at her most formidable.

Shakespeare is even mentioned in the one adult-level novel about Jack Sparrow (who himself has had a fictional run-in with Blackbeard), Pirates of the Caribbean: The Price of Freedom by A. C. Crispin. In the book, Cutler Beckett asks Sparrow if he reads for pleasure. The young Sparrow said he does when he can find books to take on voyages, including “Poetry, history, biography,” and some of the plays and poetry of Shakespeare.

There was plenty of travel, conflict, and adventure in Shakespeare to hold a seafaring type’s interests, but what story would pirates find most intriguing? Well, The Tempest, filled with magic, romance, storms, and shipwrecks, would have to be first on the list. Many historians feel Shakespeare might have been influenced by the real-life shipwreck of the English sailing ship, the Sea Venture in Bermuda in 1609. That would be a story worth reading for a pirate, whose world was no strangers to the threat of storms and wrecks.

There’s something we shouldn’t forget that was almost certainly Blackbeard’s daily reading list: maps! The NCDCR has a great online collection of North Carolina area maps ranging from as far back as the 1500s to the 21st century, some of which were from the era of Blackbeard himself. They are available for free download for educational and research purposes.

It’s interesting that a seemingly insignificant discarded piece of “trash” opened up a whole new world for historians—and pirate lovers—but it didn’t tell the whole story of Blackbeard’s reading habits and interests. Could he be found relaxing, as best you could in a any ship of the time, enjoying the adventures of Cooke before repurposing it as needed, or did he yank the pages from the hands of a literate crewman in the heat of battle or attack?

As even the facts about Blackbeard’s life, including his real name, are often the subject of debate, one can only guess where this book fit in.

It was Alexander Pope himself who said in his poem An Essay on Man: Epistle I, “Tis but a part we see, and not a whole.” 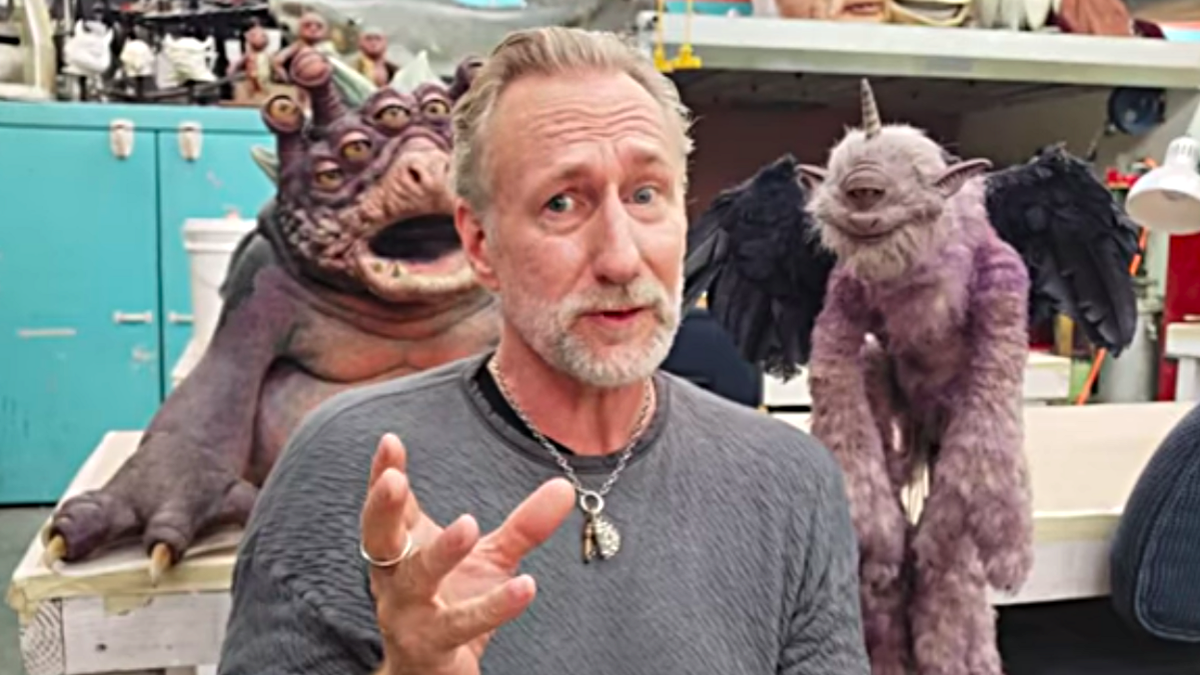 Be a Contestant in the Jim Henson Creature Challenge Live 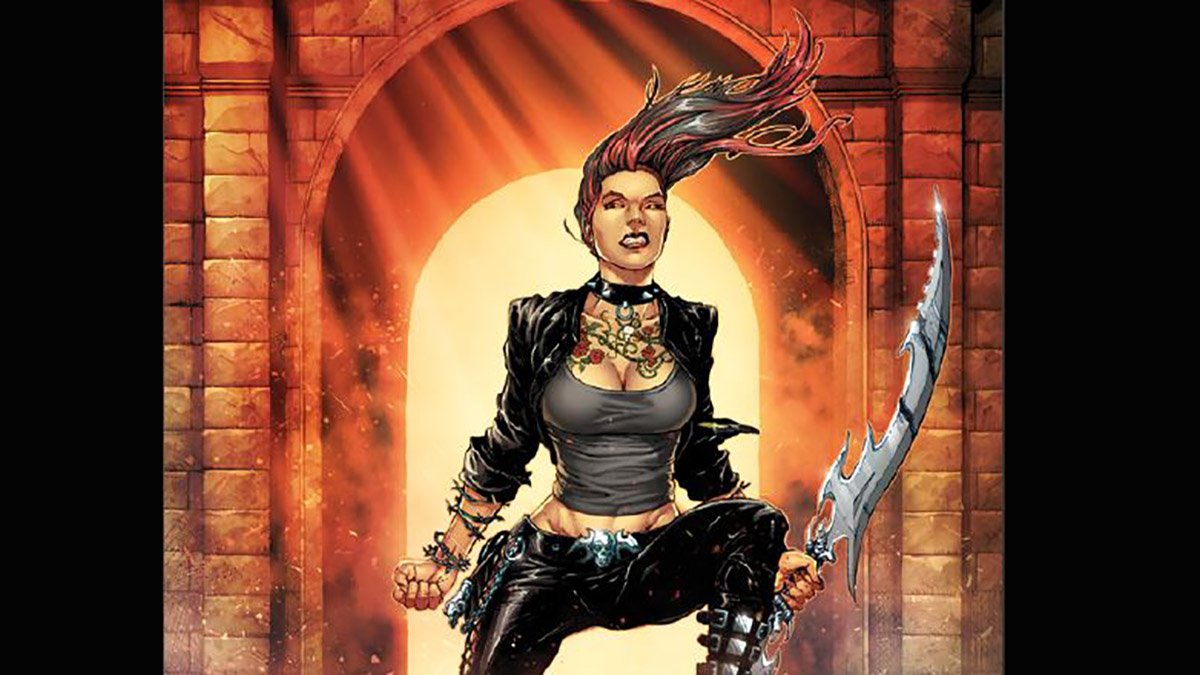