Age representation in The Last Jedi matters. A lot. Back when Carrie Fisher passed away last year, I pleaded that Rian Johnson and Kathleen Kennedy think carefully about what to do with Leia’s character for IX.  Apparently, the powers that be read the article, because Johnson responded on Twitter.

Leia will always be Leia. She represents everything generations of women grew up pretending to be. The Last Jedi not only paid the character, but also the actress, the perfect tribute. Leia in this movie will go down as many women’s favorite iteration of the character, certainly mine.

I’m never going to stop dreaming of being Leia, but I love that The Last Jedi gives me more than one mature female to identify with.

And here be the spoilers. Ok?

Why Does Age Representation in The Last Jedi Matter?

Star Wars, and in particular The Last Jedi, stand for our imaginations.

From the time we were little Star Wars fans, we looked to these iconic characters as escapes. We saw them save lives and universes. We grew up pretending to be them, looking for ourselves in them.

Standards of beauty allow men like Mark Hamill and Harrison Ford to grow older and still be heroes. Often, women like Carrie Fisher and Laura Dern find themselves typecast as mothers or harpies.

Laura Dern’s character in Big Little Lies revolves around her being at the center of a group of moms. (Note: I haven’t seen the show, but now I kind of want to.)

No little girl dreams of growing up to be an angry old lady or a snarky mom. We dream of saving galaxies and becoming heroes, just like our male friends. Adult women want to place themselves in roles other than the pre-ordained ones of career-oriented harpy, nurturing mother, or keeping-up-with-the-Jones housewife.

Star Wars, as a franchise, gives all viewers hope. It’s always been built around the idea of being able to become more than you think you’re capable of being. Seeing two powerful, matured women who may be mothers or mother-figures but don’t rely on those identities is inspiring.

Laura Dern’s Holdo offers just as impressive a representation of mature woman as Carrie Fisher’s Leia but also offers something even more important. When Holdo speaks to Poe, she does exactly what any woman in charge would do when faced with an upstart mansplainer. She dismisses him. Boom.

Just like any other dismissed mansplainer, he assumes that she’s conspiring against the Cause. Because, of course.

You know what though? Holdo doesn’t care. She does her thing. She literally has no more cares to give. As a middle-aged woman, I feel that. I feel that a lot. For the first time on a screen, we get to see a strong, powerful woman who isn’t acting like a total snarky witch. Her lack of desire to care about what a young, upstart man tells her mirrors my no more cares left to give when mansplainers tell me I’m wrong.

Middle-aged women are tired of having to fight against young men who think they know better. We’re exhausted. We are plain old just out of cares to give for those feelings.

Admiral Holdo is perfect. She is tired of being questioned. She knows that Leia has been grooming Poe, but his feelings aren’t really her concern. She just shuts him down gracefully. I think any woman who’s fed up with mansplainers at work feels this pretty hard.

How Vice Admiral Holdo Is Represented as Multi-Faceted Woman

Even better, Holdo isn’t without emotion. The moment that she and Leia share discussing the flyboy shows that they both have these maternal instincts and emotional connections to the crew.

Mature women get a bum rap. We get shoved in these boxes where we’re either too harried to be serious or too career driven to have feelings. Take a look at Bad Moms and The Devil Wears Prada. These representations often mean that our lives are one-sided.

Holdo is a woman overrun with responsibilities, but she never once loses her cool. Look, we all saw her almost trip over that beautiful gown. (Come on, costumers, what woman is going to wear a floor length gown to a galactic battle? PLEASE.) However, even as she sits herself in the captain’s chair one last time, she holds her head high, doing everything she can to protect her Resistance fighters.

Holdo isn’t without feelings. She has so many feelings, in so many different ways, that she’s the anti-Miranda. The moment that she and Leia share discussing the flyboy shows that they both have these maternal instincts and emotional connections to the crew. Holdo shows them differently, as she should. Different women express their emotions differently, and The Last Jedi lets us have that.

What Mature Women Need in IX

When discussing this with other GeekMoms, one of the moms suggested that Maz Kanata would also count. I had to disagree.

Look, I’m not marginalized by race or sexuality, so I’m going to stand by what women of color have told me:

If it’s an alien, it’s not representation.

The new Star Wars has done well adding a multiplicity of representations. I have to give everyone here a ton of credit. In this new universe, you can be black, white, Latinx, Asian, male, female, gay (it’s not me still crying from Rogue One, it’s you ok!!!), or straight. They’re trying really hard. They at least deserve the fist bump of effort.

However, Maz Kanata is an old alien. She’s voiced by a really young Lupita Nyong’o. Not to bust on things and be all Debbie Downer here, but if we’re going to have a black woman voicing an old lady alien, why not have someone like Jada Pinkett or Queen Latifah?

I mean, personally? I’d really love to see Queen Latifah be in IX and kick some major First Order butt, wouldn’t you?

Women’s Age Representation in The Last Jedi Does Matter

I’m a green-haired, tattooed, knitting author. I’m also counting down to 40. For me, seeing a purple haired bad*ss woman on screen let me say, “This is me.”

Seeing characters like Leia and Holdo mean that little girls don’t have to fear growing older and becoming irrelevant.

Seeing characters like Leia and Holdo mean that I don’t have to worry about becoming irrelevant and invisible.

That’s the power of Star Wars. 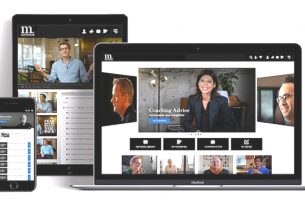 Should You Take Your Own Passport Photos?