We first noticed a few years back that my dad had an obsession with leaves. Specifically, he was extremely focused on creating the optimal method of leaf collection. We have indulged his Leaf Research, as it generally translates to him spending time outside (instead of inside watching television). As it turns out, Pop-Up Hamper Leaf Collecting has its merits.

When my dad stopped driving, this scientific project had us driving him to various stores each fall seeking the proper equipment. We went to many stores—Marc’s, Big Lots, Target, Wal-Mart, and others—and ultimately he settled on a pop-up mesh hamper. We bought several kinds, in several sizes, before he found the one he deemed the best. Then, of course, he wanted to give them out to everyone, generous as he was with his discovery. And thus a turquoise pop-up hamper found its home on a shelf in our garage, where it came out only when Dad came by to visit. He would grow impatient sitting inside for too long, and would soon wander outside and spend the remainder of my parents’ visit scooping up leaves.

These days, he doesn’t venture so far, so my fall visits to him find him going around his own yard with the latest generation of his invention: a garbage can and a broom. He walks around the yard sweeping leaves into a can, then, leaving the filled cans in the garage, he trades them out for one of the many empty garbage cans that make up his collection. Indeed, once the first leaves begin to wander off the neighboring trees, my dad’s yard stays pristinely free of the colorful clutter as he diligently continues his Leaf Research all season long.

Nowadays, he spends less time outside, loses focus far more easily. And our visits consist of the same conversation over and over. We see the decline happening before our eyes, witness as his recognition floats down from his mind like the leaves falling from the majestic trees all around.

On a particular morning in early December, knowing the forecast called for snow, I decided to clear away a mound of leaves that had collected on my driveway. It was forming a bit of a barrier at the bottom of the steps leading from my backyard, and I predicted the coming snow would make it a disgusting mush pile that I wouldn’t be eager to stomp through on my way to my car every morning.

I really wasn’t up for using the leaf blower, thought it too small a project for hunting down and taking out a tarp (to rake leaves onto then drag out to the tree lawn), and even the thought of the sound of the rake scraping against concrete gave me memories of fingernails on a chalkboard. My eye fell upon the turquoise hamper, presently flattened into a disk and lying on its shelf, conveniently at eye level, next to my car in the garage. I shimmied over, past the boys’ rack of basketballs, scooters, and Ezy Rollers that I have to navigate each time I want to drive anywhere. I grabbed the hamper, scooted to the front of the car and grabbed a rake, then left the garage. I realized I wasn’t using his prescribed method, opting against using a broom, but after all, rakes were made for this exact purpose. More importantly, I had no idea where to find the broom, and I was determined not to let that distracted from just finishing this small task. I walked to the mound and started scooping.

My dad used to be a doctor. Until he went to work one day and realized he didn’t immediately remember a patient he had just seen the previous day. He was able to treat the patient since his medical knowledge hadn’t faded, but he quit that same day, never to return. We still marvel at his ability to make that determination. That said, one part of being a doctor is reading medical literature. We always had medical journals lying around the house (which I made the mistake of browsing through exactly once; some photographs that are perfectly appropriate in the context of a medical article about mouth cancers are not exactly something an eleven-year-old girl wants to see and be unable to forget decades later). Medical literature, scientific journals specifically, have structure. Hence the Methodology section.

Hold rake (or broom) in dominant hand. Open hamper up and lay on its side. Hold onto it with free hand, and rake (or sweep) leaves into hamper. Repeat until full. Setting rake aside (or take it with you, I won’t judge), carry hamper to tree lawn and empty leaves onto grass*. Return and repeat until job is done.

*In our neighborhood, the city collects leaves in November and December from the tree lawn once a week. If your city has other systems for leaf collection, or they don’t collect leaves, this method will probably not work for you. Figure that out before you start.

My dad had dreams, passions, a unique creative vision that often got pushed aside as he worked and supported the family. And now, as even the leaves of memory that store his children’s names have fallen away, there’s something about autumn that helps me connect with him. That his mind would view the task of raking leaves as a topic for experimentation makes total sense. And as I replicated my father’s leaf research, I felt a connection to him, as I walked a yard in his shoes. 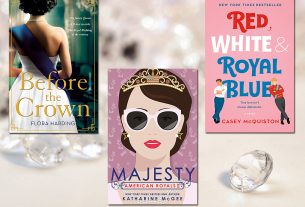 Celebrate the Return of ‘The Crown’ With Three Royally Splendid Reads

Cardboard STEM: 25 Ideas for All Those BOXES