After watching Justice League, I now realise I am Batman. Maybe it’s the age; maybe it’s the dark brooding nature. It’s definitely not the “rich” part, although there is always hope. Wait, that’s it. I went into the cinema looking for hope. And while the Justice League movie is all about hope, it instead left me with a feeling more like awkward relief. And just like Batfleck, all I have left is hope I don’t have to go back. 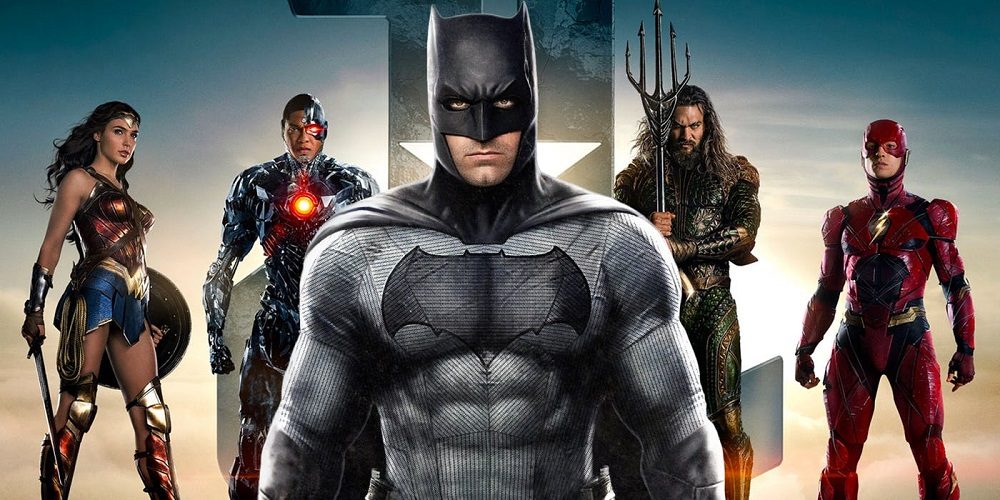 Okay, so I’m not Batman. However, I definitely found an association with Batfleck in this movie. I too joined a team of friends to go and watch Justice League—with the full knowledge I could not do this alone. They pooled together their extensive history and experience in the comic book industry to create a league beyond my wildest dreams, leaving me as the “powerless” one in the group. If you are going to Justice League, you really should see it with friends like these. You need someone who can make fun of the plot holes, gasp along with you at the sweet secrets, and talk through conflicting canon. However, you also need someone who loves it so much, they can accept the flaws with an air of “I know but I still love you” about them.

Short Version – Does It Redeem the DC Movie Franchise?

It’s better than Batman v Superman: Dawn of Justice. I really didn’t like that film. I saw what they were going for and then waited to see if the movie would ever arrive.

Using BvS as the benchmark for DC movies is unfair to DC, but it is what it is. Even Batfleck looked like he phoned it in. The only good thing was its contribution to Wonder Woman‘s success. WW is a good movie on its own merit and it shines even brighter against the rest of the DC movie universe. After seeing BvS, WW gave me hope for JL to be better.

Justice League is not without its good bits. The main storyline is about hope overcoming fear, and that alone resonated with many of us. Ironically, we all felt like we were searching for hope—hope the movie wouldn’t bomb; hope Warner Bros wouldn’t can the whole DC movie universe; hope we wouldn’t end up with a bunch of moments where Batfleck simply forgot to brood.

The best thing going for it is the uplifting positive message as they bring the team together. There is no conflict or territorial stoushes. It is mostly buoyed by the exuberant enthusiasm of The Flash. It’s kind of nice, especially after the angst of BvS. 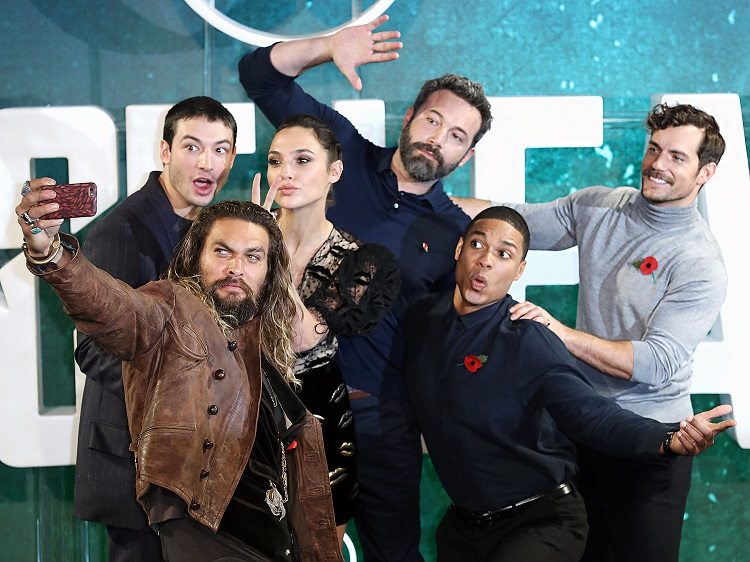 A lot of the camaraderie comes from the dialogue between characters. Justice League has a very dry humor about it, allowing the characters to make a few quirky one-liners that may seem weird, but let’s face it: they are the kind of one-liners we would make around our own friends (trust me—I saw it with friends just like this). I don’t know if all the witty remarks are Joss Whedon or a combination of Whedon and Zack Snyder, but it definitely helped ground the film. Again, The Flash is the most obvious beneficiary of this improvement, but just between you and me (and the interwebs), The Flash was an entertaining relief for only the first two-thirds of the film. After that, he started to grate on me. The adorkable appeal was more akin to Wally West than Barry Allen, and even Batfleck looked relieved when The Flash moved his super-hero-worship to another JL member. It’s not Barry’s fault; it almost applies to all of them. There isn’t enough substance to support them on the screen. The only thing really holding them together is… hope.

Nope. Okay, so Batfleck’s main focus of the film is to redeem his part in the death of Superman. In suitable brooding fashion, Batfleck claims fault for both Superman and the loss of hope in the world. Maybe, just maybe, if he can rebuild hope in the world (a world he doesn’t even feel part of), then he can rebuild his life and make things bright and shiny again. Just like the hope resting on Justice League to save the franchise even if Batfleck doesn’t really feel part of it. 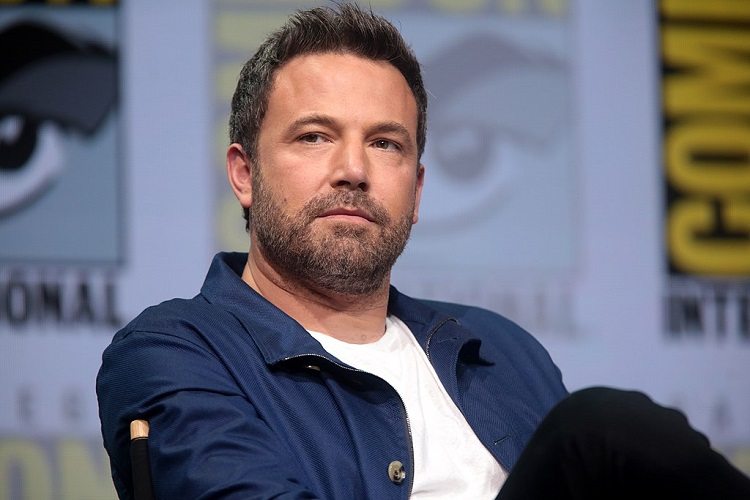 There are only a few problems along the way: character differences, plot holes, CGI, etc.

Is the CGI in Justice League Really That Bad?

There are at least three scenes where Cyborg has a very, very distinct white border around his entire body. It is really distracting, especially when the majority of his scenes are in dark-lighting and brooding settings. I know CGI is not an easy task—it is not a simple double-click job, guys. However, Warner Bros. is throwing a lot of cash around for a movie like Justice League, so you expect results. The kind of results where you believe the director has looked at this with enough self-awareness to say, “No. Our audience deserves better. We can do better.”

Are the Plot Holes Really That Big?

Not as bad as the CGI, but even if we weren’t relying on Batfleck’s advanced intelligence and detective skills, we would still be left scratching our heads in wonder. I can’t really go into all of them without leading to spoilers, but here’s one example. Those big, bad Mother Boxes are so dangerous, the JL allows one to land in a car park nearby and forget about it long enough for the big bad guy to steal it… because we need to move the story along, people.

I’m not sure if the plot holes were enhanced by the crappy editing, but they sure as well weren’t helped. JL suffers the same jumpy sequencing seen in BvS. Again, there is no flow to the story, no consistency to draw you in. The biggest hindrance is the clear distinctions between dark/brooding and light humor. You can almost pick the separation between Snyder and Whedon. The subsequent directorship of the movie was less than ideal, and hardest of all on Snyder and his family. But this really felt like two movies smooshed together in the most awkward way. 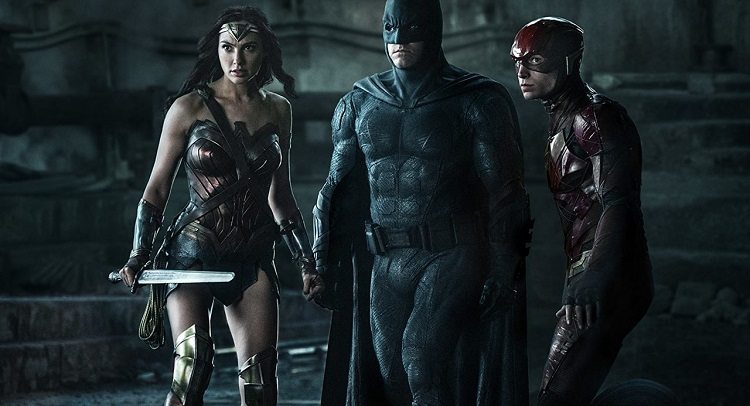 Summation: We Are All Batfleck

I really wanted to enjoy Justice League. I really wanted to see the team brought together and empowered by their collective might. However, I feel like the only way to see Justice League (and enjoy it) is to see it with your friends who are die-hard fans. Their enthusiasm and love for the franchise will lift you above the clunky, awkward scenes. The unfortunate thing is your friends are going to be working overtime. You can enjoy the film, but it shouldn’t be the audience’s job to entertain me.

At this point, WW is a stand-alone film. I cannot tell you how refreshing it was to watch a movie about a female told by a female with the perspective of a female. I never knew how much I wanted that until Patty Jenkins gave it to me. Problem being, I have no expectation of experiencing that again until Wonder Woman 2 in the distant future. Justice League was back to the male gaze, and I expect the same of Aquaman and The Flash (if The Flash ever happens… yeah, it will happen. They need Flashpoint to reboot the DC movie universe). I’m curious enough to see Aquaman, thanks to the teasing appearance of Mera. But has Justice League enticed me to follow the DC movie universe? Not yet.

Be like Batfleck: take your friends with you to see Justice League. Smirk at the one-liners, embrace your guilty pleasures, and let your friends do most of the heavy-lifting when it comes to the entertainment. Neither Batfleck nor myself are guaranteed for a return appearance, but at least we have satisfied our contractual obligations.

And that’s pretty much how Justice League felt.

Score: Two out of five Justice League members (Can you guess which two?)

You can also read our “9 Things Parents Should Know About Justice League” for more of a summary review.

What To Serve Vampires This Halloween 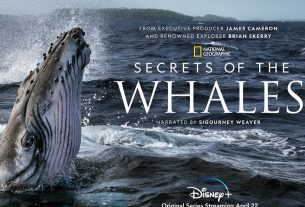 GeekDad: Disney+ Celebrates Earth Day with the Premier of James Cameron’s ‘Secrets of the Whales’ Series

3 thoughts on “‘Justice League’ Review: I Am Batfleck”