Watching James Gunn’s absurd, glorious, explode-y, hilarious Guardians of the Galaxy in 2014, I fell in love. Felt a bit like cheating on my original superhero team, the X-Men (comics X-Men not movie X-Men, to be clear) but come on: there’s a badass assassin lady, a sentient tree, a talking raccoon, an earth guy, and Drax (who can be defined only by his name). While I have enjoyed the hell out of the most of the other Marvel films (not you, Iron Man 3, and also, with the exceptions of the scenes involving Hiddles chewing scenery, not so much you Thor: The Dark World) they have a certain necessary gravitas. Which suits Cap & Co just fine.

Guardians, however, reminded me (and probably you as well) that superhero movies can be pure, unadulterated, bright, colorful fun and full of action, larceny, dance-offs, bombs, and joy.

After enjoying the film so much, it seemed only natural for me to delve into the back catalog. I thought I covered a good deal of ground.

Turns out, the catalog goes much further back than I realized.

Good news: I don’t have to hit the microfilm, nor do you, fellow Guardians fans.

Well, I have a review copy now (hands off or I use my laser eyes), which I received from Insight in exchange for an honest assessment.

I’m in love with this book. I want to spend hours wandering amidst the pages whilst listening to Awesome Mix Vol 1 and ignoring the rest of the world utterly.

Alas, my children need to eat and also, they avoid baths unless I force the issue.

There is so much about the Guardians I didn’t know, despite a fair bit of research. Insight, thankfully, has my back, as always.

The first Guardians of the Galaxy team, for example, was formed in 1969 and looked like this:

Yondu was very comfortable in his speedo:

And so much more.

Arranged chronologically, the coffee-table sized volume pairs creator interviews and commentary with more traditional narrative while also providing historical context for each stage of the Guardians’ development (know what else happened in 1969? The moon landing. If we were going into space, we needed cosmic level defenders. Obviously. And if the Guardians could survive the Badoon, we had a chance of surviving the Cold War… you can see where I’m going with this). The vast majority of the book, however, is devoted to absolutely stunning, full-color reproductions of comic covers, interior panels, and concept art. It is one of the most gorgeous collections of comic/comic-inspired work I have ever had the opportunity to explore and if you have any affinity for the medium, I can’t recommend Guardians of the Galaxy: Creating Marvel’s Spacefaring Super Heroes highly enough. I may need to buy another copy to take apart and frame.

Guardians of the Galaxy: Creating Marvel’s Spacefaring Super Heroes also reminds us of why we love the Guardians so much: they’re us. Sure, some of them are green. Or furry. Or sentient trees but they’re also individuals; living, breathing, inconsistent, funny, quirky, murderous, wonderful beings who love and hate, who are brave and selfish, who screw up constantly but always… okay, fine, usually… have the best of intentions. And, ultimately, they are redeemed, as we all hope we can be. They aren’t perfect, nor do they intend to be. They do the best they can with what they have and they do it together. They are the galaxy’s weirdest family and there’s a place for everyone, from Carol Danvers to Venom, in its sometimes strangling embrace.

Formidable as individuals, stronger as a team, the Guardians are accessible in a way which eludes the Avengers, the X-Men, and so many other supergroups. The Guardians grow and change, they learn and they live. Most of them have died a few times too, but you know… comics.

They connect with us and we with them, bringing a little bit of absurdity and laughter to a sometimes dark world. Which means having Guardians of the Galaxy: Creating Marvel’s Spacefaring Super Heroes around the house makes my day a little bit brighter.

Guardians of the Galaxy: Creating Marvel’s Spacefaring Super Heroes is scheduled for release on April 4th, 2017. Just in time for you to brush up before we help Rocket look for some tape.

Lalaloopsy Harmony B. Sharp: A Sweet Musical Addition To Your Toy Shelf 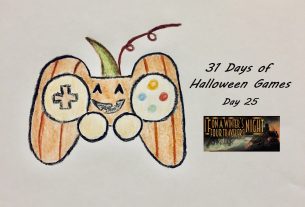 31 Days of Halloween Games: ‘If On a Winter’s Night Four Travelers’