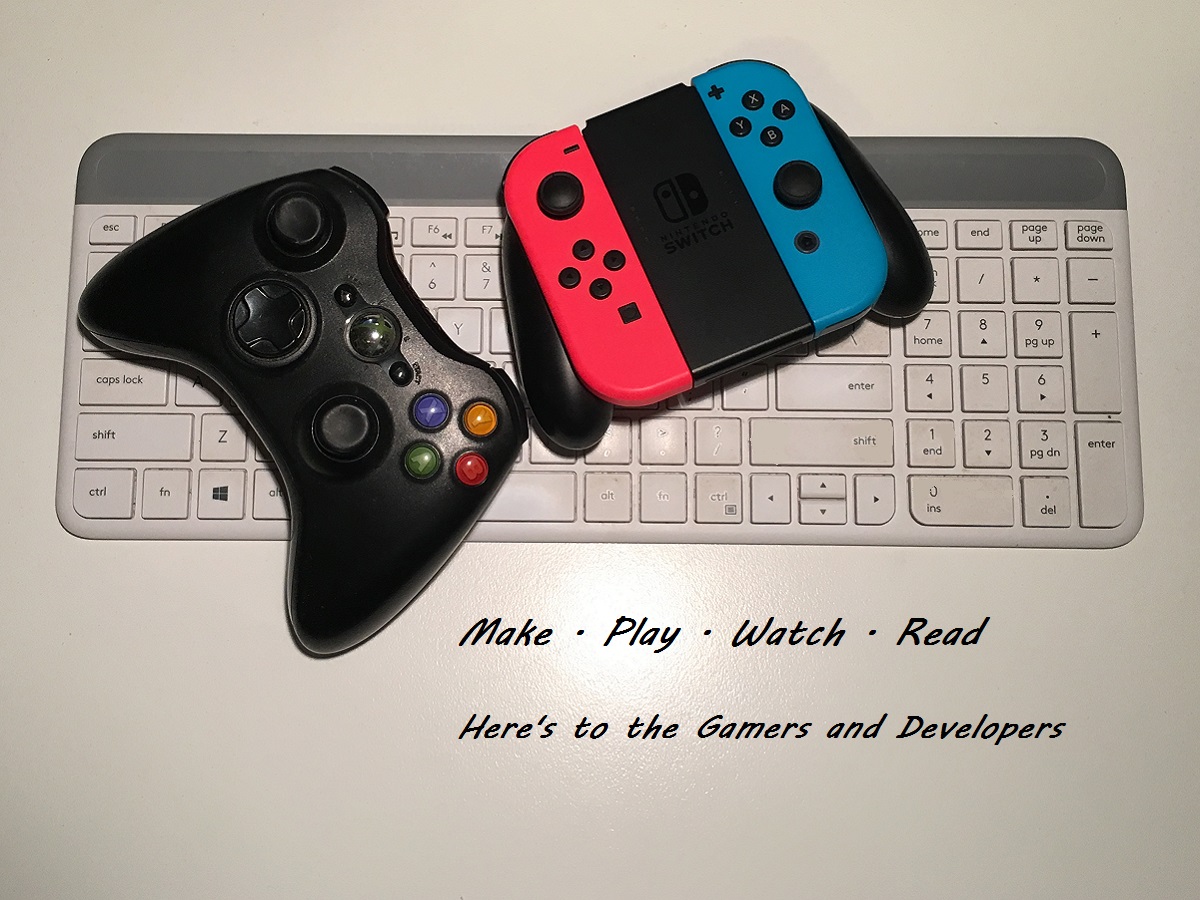 It’s the question on every forum this week: What’s happening at E3 2021? Will we finally see footage of the hotly anticipated Breath of the Wild 2? Will there be news on Elder Scrolls? Can Ratchet and Clank be as delightful as it looks? And is there any chance our non-gamer family and friends will understand anything we say for the next week or two? Truth be told, the answer to the last question is probably “no.” That doesn’t stop us from having a bit of fun on the way! This week’s Make/Play/Watch/Read is dedicated to the video game development industry.

Here’s to the gamers: the beta testers who give supportive constructive feedback. To the mentors who welcome new gamers and don’t gatekeep. Who are excited about diversity in both development and portrayal. Who are support a noob developing their first game AND a veteran launching the twelfth installment of the third sequel. Here’s to the gamers who appreciate the work and effort given by the development team.

Okay, a quick re-cap. E3 stands for Electronic Entertainment Expo. It is a huge convention event for the video game industry—probably the biggest of the year.

Like many events around the world, E3 did not happen in 2020 (#thanksnothanks COVID-19). However, you might have noticed video games had a bit of a surge in 2020 due to so many of us being in lockdown and not really knowing what to do. Well, except for the parents stuck at home doing remote learning with their kids while balancing work-from-home arrangements. Oh, we know what we were doing during lockdown: EVERYTHING.

So, yeah. Video games have always been a thing but now they are even more of a thing, and, yes, that means E3 is even more of a thing in 2021. Yet, the world is not quite back to normal and many conventions, including E3, are returning in a virtual capacity only. You can learn more about E3 on their official website, including details on attendance as a fan.

Make: Your Own Video Game

We had an amazing breakthrough with our gamer-spawnlings last year. Our eldest, 14-year-old Sinister, was working on 3D rendering in his “Information Software and Technology” class. It was hard. Really hard. But do you know what came from this?

Sinister now has an AMAZING amount of respect for 3D animators. And computer programmers. Especially game developers. Now that he had a taste of it, he genuinely appreciates the amount of work required to make a 3D underwater waterfall like the Lost River in Subnautica. It was the same as 11-year-old Nefarious working on a LEGO stop-animation movie for a school project—and praising the efforts of the LEGO Star Wars video game developers. Nefarious is also helping 7-year-old Zaltu use Scratch to build games. She thinks animators are GODS. (You can check out Nefarious’ work here.)

I love it. I love all of it. It’s also the reason I am really excited about Nintendo’s Game Builder Garage, scheduled for release on June 11. It’s a video game creation tool using a series of pre-determined tutorials and projects. GeekDad Z attended the virtual demo session with Nintendo a couple of weeks ago, sharing his thoughts with us here. Thanks to Nintendo, I have a review copy heading my way this week, so I’ll have a full review ready for you shortly.

In the meantime, there are a few things to point out: First up, Game Builder Garage is accessible for all ages, especially the younger kids. I’m loving the cute animations and the easy directions in the tutorial. Second point: the mechanic is a very simple drag-and-click, similar to Scratch. This fits in with my third point: the game development is very visual-based. Game Builder Garage features some great steps in setting up the visuals of your game. It offers platforms, time mechanisms, and, of course, the ka-boomy things. The greatest benefit I see coming from Game Builder Garage is the ability it gives to create with quick, easy steps. Once you have the hang of this, be ready, willing, and able to move on to other game development platforms.

Find as many ways as possible to make your own games. Encourage your kids to make their own games, and find the right tools to make it easier for them (like Game Builder Garage, Scratch, and Python). Foster this interest because it will help them understand exactly what is involved in developing their favorite video games along with every other software product in their lives.

Do you really want to know what is involved in the development of a video game? Check out Game Director Story, the fairly accurate and yet satirical look behind the scenes of a game development company. The accuracy is questioned because the employees are animals. Everything else looks about right. 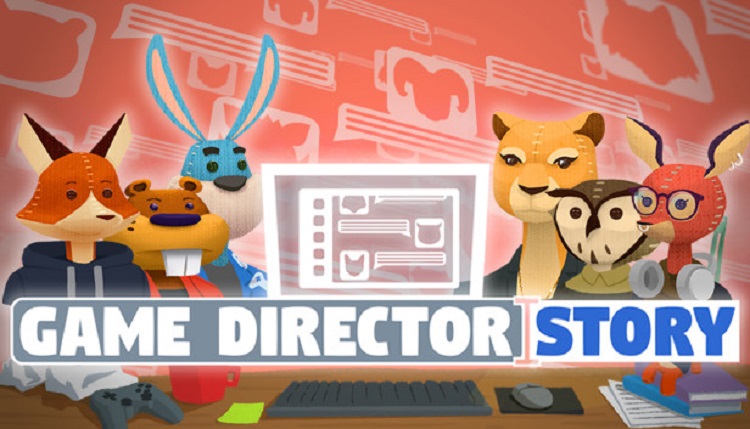 The game pinged on my radar thanks to LudoNarraCon in April this year. The following is based on the demo provided, which covers the first chapter. Game Director Story is a visual novel game where you play the role of a game director with a close group of friends now developing their first indie game. For the demo, you’ve moved into the office, have some investor funding, and are working with the team for the project completion. The game is presented in office-messaging format. Your task is to manage the office through both private and team communication, delegating tasks, and ensuring morale is maintained at a level high enough to complete the game. Paths are chosen with the response you give to various queries. It may seem like a straightforward point-and-click, but you soon realize how invested you are in this virtual game development company.

There is no programming or actual game development in Game Director Story. The focus is purely on the skills they do NOT teach you in IT studies: how to run a business (and not lose your friends in the process). Funnily enough, these skills are fairly important in the grand scheme of things—both real-life and in the game.

Game Director Story is definitely worth playing the demo. There is no official release date beyond “2021”. Add it to your Steam Wishlist to prompt the development team (nicely). The short demo is still enough to gain an insight into the gaming industry. It seems fair to show them a little love.

The original TRON was a tribute to geeks and computer programming. Everything about this film (and its sequel, TRON: Legacy) screams computer programming. The hero is a computer programmer. The movie is about programs. And the special effects were ground-breaking when it was released in 1982 (just you wait for my anniversary tribute review next year). It’s an action-packed adventure with sci-fi visual effects and the suave charisma of the Dude himself, Jeff Bridges. 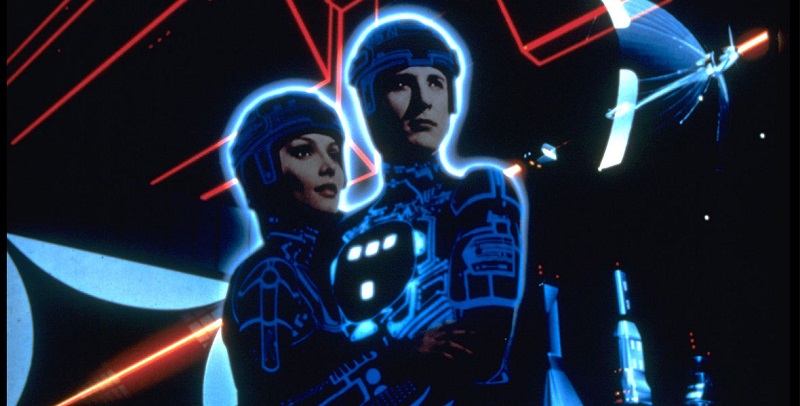 The story is fairly simple: Kevin Flynn is a software engineer, once employed by ENCOM and now working at a video game arcade. In his spare time, Flynn hacks into ENCOM’s mainframe system, determined to prove another ENCOM employee (Dillinger) stole his work. Flynn works with two friends (Alan Bradley and Lora Baines) to break into ENCOM and unlock Alan’s “Tron” program to counter ENCOM’s security measures—namely, the Master Control Program (MCP). Before Flynn can get the evidence he needs, the MCP uses an experimental laser to digitize Flynn and download him into the ENCOM mainframe cyberspace.

This is where things get a little crazy in a good way. The movie dives into the visualization of computer programs. The MCP is forcing programs (given human form) to denounce the belief in the Users, seen as external forces who give the programs instruction and purpose. Those who resist the MCP are forced to play in deadly games—the same games Dillinger stole from Flynn. As Flynn continues to fight against the MCP, he develops a deeper understanding of code, programs, and software security. 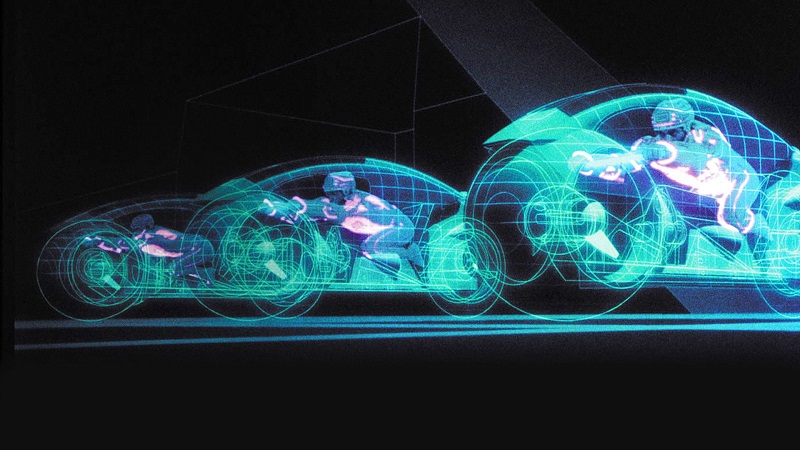 It’s worth watching the two movies together. Where TRON looks at software security and the limitation of clear instructions, TRON: Legacy focuses on the evolution of code and the ability for programming to learn and grow. What starts as a not-so-subtle jab at open-source and accessibility soon questions who is responsible when programs start thinking for themselves? Both movies are a salute to game development and its struggle to meet the expectations of the ever-demanding fanbases they have created. Worth every minute.

Remember when I talked about making your own video games. Software like Game Builder Garage and Scratch are fantastic places to start. However, you will eventually need to develop some coding skills. This book, A Day in Code: Python, is a really easy-going and highly effective guide to help you. 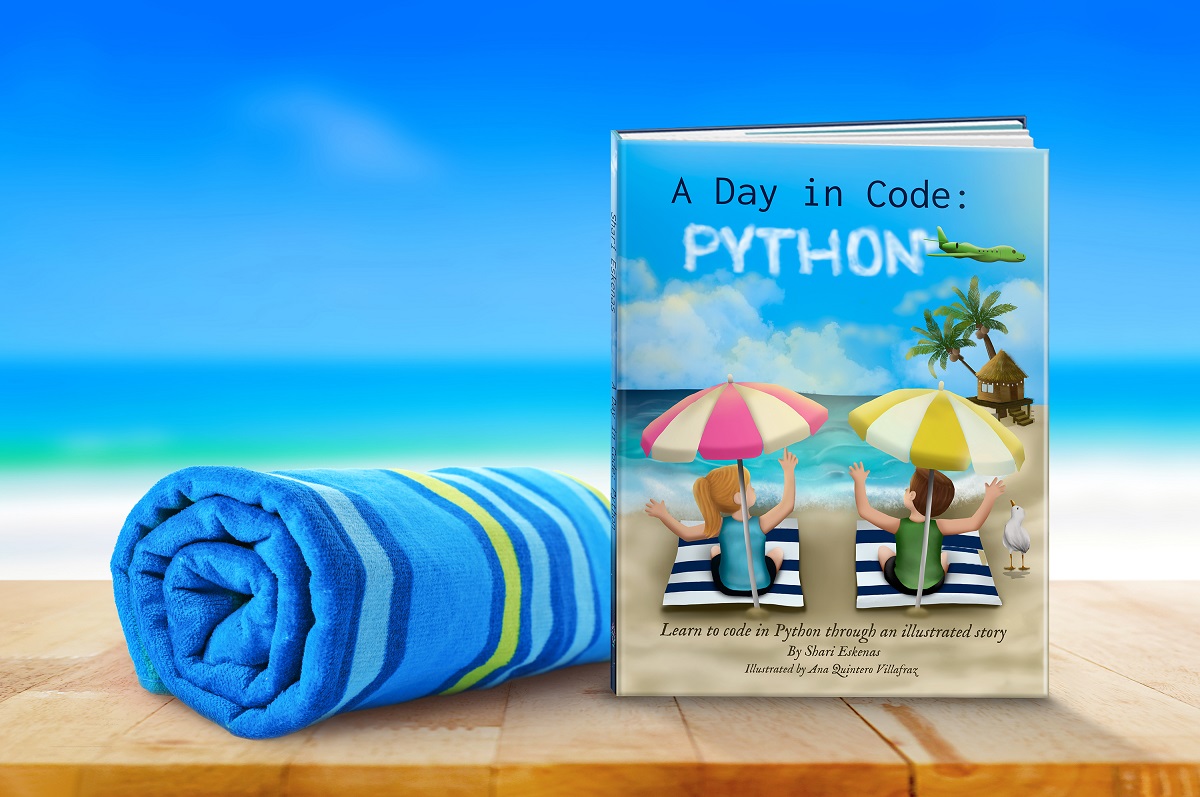 I’ll be honest: Python is not one of my fave languages. Python is written in C and is useful for more visual-based coding. I’m more of a database kind of nerd; even then, I’m not as good as I used to be. After picking up A Day in Code: Python, I am motivated and excited to give it another try. GeekDad Michael’s review helped a bit too. The part I really liked was how it showed the genuine function of the code. Eskenas doesn’t tell me what to do and then tell me what should happen. She explains how the code works, the logic behind why it does this, and, most importantly, how I can troubleshoot the bugs. Maybe I can build my own video game after all.

BTW: Eskenas and Quintero Villafraz’s previous book was A Day in Code: An Illustrated Story Written in the C Programming Language. You can purchase both for Kindle from Amazon or pre-order the paperback and hardcover editions, set for release on July 27, 2021.

As the announcements from E3 come pouring in over the next week, spare a thought for the devs who have been working hard to bring these games to your console/computer. Here’s to the gamers AND the video game developers. May we play with them. May we be them.