Eight years ago, February 2009, I went to New York Comic Con for the first time. I’d been to the city many times. When I was a kid, my father would decide to bring us on a whim in the middle of the week. In his mind, a day trip to New York City was as good as school. I’d also been to quite a few conventions before, for Star Trek, anime, and science fiction in general, as well as smaller comic cons.

I wasn’t quite sure what to expect, but I was excited to go.

Well, I walked onto the show floor in the Javits Center and started to have a panic attack.

It was huge, and it was loud, and, though not crowded at all compared to what NYCC is like now, it was full of comic book fans. And comic book professionals. And comic book media. And with just one step inside, I was suddenly and distinctly convinced I did not belong.

I was writing, regularly, for a comic book blog I had co-founded but when I walked into NYCC my heart started racing and I couldn’t catch my breath because I felt like a fake.

And the worst thing you can be at a convention is a fake geek girl.

I calmed down, I met up with my friends, and I had a wonderful time at that con and many in between then and now.  I love going to conventions because they are big and loud and full of people who like the things I like. It’s easy to strike up conversations and I’ve met a lot of friends through cons and fandom. I still blog about all my geeky passions and I now often go to conventions as a panelist or press.

But when I walked onto the floor of PAX East this year, that same negative voice snuck into my brain. “What am doing here?”, it said, “I’m not a gamer. Sure, I play games and have since grade school. Okay, I worked in marketing for more than one game company. Yes, I’m at this con to be on a panel about gaming with my kids because I game with my kids, and my brothers, and my friends, and all by myself, because I don’t know, I guess I’m a gamer, but still!”

As before, I rallied and I jumped in and I had a great con. I interviewed a couple developers, our panel was incredible, and I got to spend some quality time with other GeekMoms. And I played a bunch of games!

It’s easy for me to feel like I’m not a real fan or a real gamer or a real geek. As a girl, as a mom, as a woman over thirty, it’s easy to fall into that trap. I’ve gotten better at pulling myself out of it. I’ve gotten good at talking about it.

And through talking about it, I’ve discovered what should be obvious — I’m not the only one who sometimes feels this way.

Get a Peek at What’s Coming to Dragon Con TV 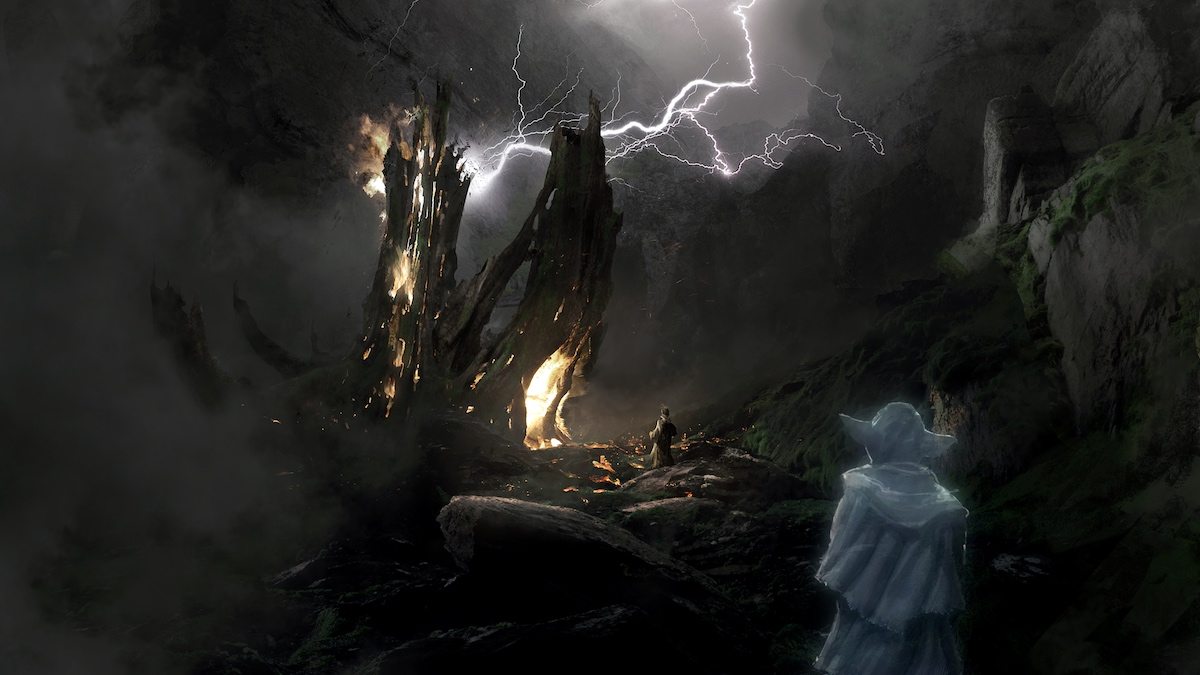 14 Reasons Why You Need a Copy Of ‘Star Wars: The Last Jedi’ Of Your Very Own