Welcome to GeekKid Weekly Round Up, where we do a little parental bragging about what the writers over on the GeekKid blog have been working on. Of course, you can always just head over to the site and check them out for yourself (hint-hint).

Chemistry Prefix Song (Parody) by Mr. Walsh (ages 5-9)
The title says it all.

My Dog, Harley Quinn by Mr. Walsh (ages 5-9)
Harley Quinn: Sometimes good, sometimes bad, and she gets dirt between her paws.

Star Wars Minions by Captain Owen (all ages)
What geek doesn’t love a good mash-up? When we found some ‘Star Wars’ Minions figures, they immediately went on my wishlist. Grandma Janice couldn’t wait until Christmas though, and they arrived a few days later. My mom and baby sister both make guest appearances this episode, and we talk about how boys and girls can both like the same characters and toys. 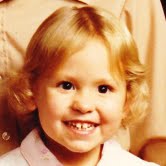