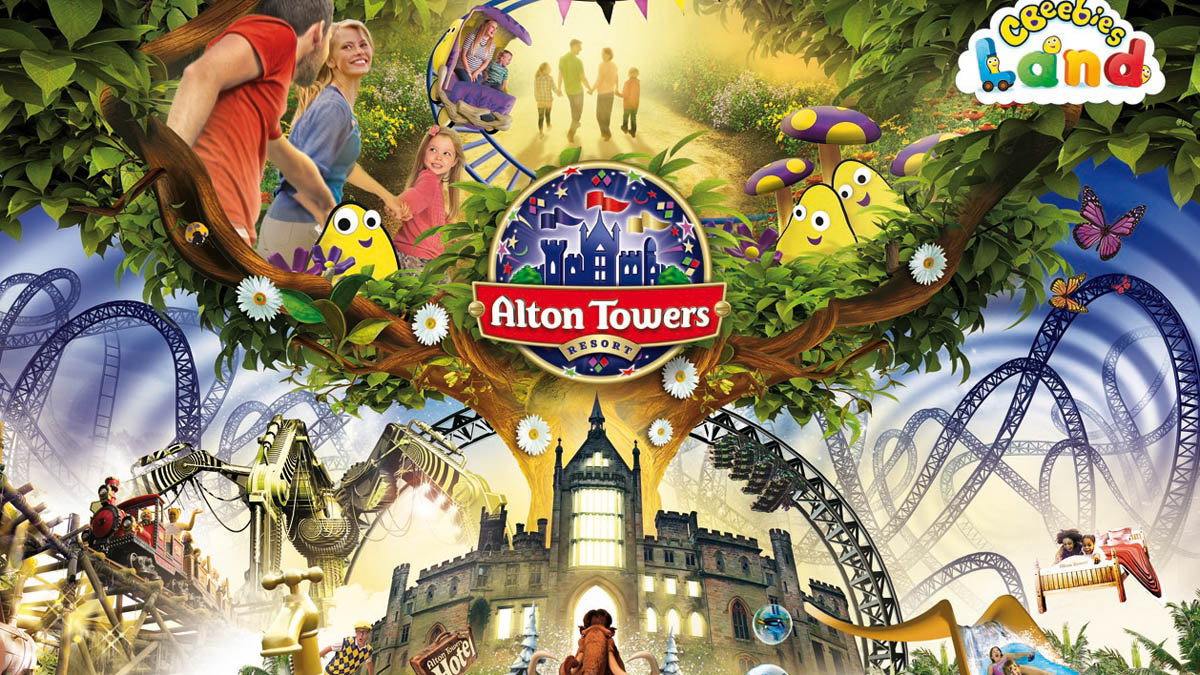 It’s been a few years since I last visited Alton Towers but with the introduction of Galactica, the UK’s first virtual reality rollercoaster, I was eager to return this summer. Thanks to their wonderful team, I was able to treat our family to a fun-filled day at the park during the school summer break.

It’s impossible to discuss Alton Towers right now without mention of The Smiler. For those who missed the story, in 2015 the ride was the scene of a terrible accident when a fully loaded carriage crashed into the rear of another already on the track. Although there were no fatalities, two young women riding in the front row lost their legs. The incident, one of many that have plagued the ride, was investigated and “human error” determined to be the cause.

The Smiler has now reopened but visitor numbers are yet to climb to their pre-incident highs and during our visit last week we were shocked at just how empty the park felt. Given that we were attending during the British school’s summer break – peak season for theme parks like Alton Towers – we saw wait times never exceed 35 minutes (although interestingly the highest waits were actually for The Smiler) and many of the rides were walk-ons. I also have to point out that a few days after our visit, The Smiler was shut down again after debris flew from one of the carriages. None of our group chose to ride it this time (a few already have on previous visits) and at this point, I doubt any of us ever intend to again.

The main reason behind our visit was to ride Galactica: The UK’s first virtual reality rollercoaster. Galactica is not a new coaster. As with Superman: The Ride over at Six Flags New England which GeekMom Corinna tested out earlier this year, it is a rebranding. In this case, the original name was Air and the ride first opened in 2002. Galactica is a flying roller coaster which sends you speeding around the track suspended Superman style and the rebranding has affected none of this, only adding in optional goggles which are housed in a small bag attached securely to your harness. Naturally, there is also new branding around the ride, a new photo opp and a gift shop, although I did spot a lot of Air merchandise still being sold full price around the park.

Everyone in our group who met the height requirement rode Galactica multiple times during the day, however, by our later rides, none of us were bothering to put on the goggles. Air was always one of my favorite coasters, it was the first “big” coaster I ever sucked up the courage to ride and as such it holds a special place in my heart. To me and the other riders (age 14 to 45), the Galactica rebranding added little more than novelty factor. The virtual reality is fun as a gimmick, but riding with the goggles on means you lose out on the amazing experience of flying like a bird around the park. You could just have well have been in a simulator. By our later rides, we had all decided that we preferred seeing our real surroundings rather than somewhat blurry video game style space graphics, not to mention that riding with a VR headset on that prevents you from seeing or interacting with your fellow riders is an isolating and downright lonely experience. My brother-in-law noted that even with a full carriage of passengers, the ride was entirely silent, devoid of any screams of either fun or fear. It was kind of eerie…

We didn’t seem to be alone in our assessment. During my first ride in the morning, every rider I saw boarding ahead of me was wearing the goggles except a handful of individuals. On my second ride just after lunch, I estimated half the riders were wearing them but towards the end of the day, that number had dropped to around 10-15%. The goggles themselves probably don’t help matters. They are huge and clunky and while the velcro can be adjusted to fit your head, the constant sticking and unsticking means they already feel slack after only a few months of operation. Every one of our group felt like we had to hold them onto our faces throughout the flight. I also found myself having environmental concerns as I watched operators clean down the goggles with antibacterial wipes between every launch in order to prevent infections being transmitted. During the few minutes I waited on the final queue ramp to board I must have seen over a hundred wipes opened and thrown in the trash, I cannot conceive of how many the park must be getting through every day. Speaking of the queue, wiping down the goggles between every launch (sometimes twice), helping guests position and secure them, and adjusting the focus wheel in addition to all the standard pre-launch safety checks for a major roller coaster means that the boarding process has become significantly longer that it ever was. Watching it, I was grateful to be there on such a quiet day.

Another big activity during our visit was lunch at the Rollercoaster Restaurant. Housed in the building that once housed the Air gift shop (Galactica’s is still contained in the same location but takes up a tiny percentage of the space), this is one of only nine branches operated by the chain across Europe and the Middle East and the first one in the UK. At the restaurant, you order using a tablet which is given to your party on being seated. The food then arrives via tracks which run from the kitchen direct to your table, sometimes looping the loop on their way to you. All of us were excited to eat at the restaurant, especially the youngest members of our group (ages six and seven) and we were seated right away on arrival without having pre-booked, however, this may have been partly due to how quiet the park was as a whole.

The menu at the Rollercoaster Restaurant is limited, partially because every meal has to fit inside the small metal pans which deliver them down the tracks. Nevertheless, all of us (some very fussy eaters included) were able to find food we liked. Burgers, steaks, grilled salmon, chicken nuggets, and fried fish were all ordered (with some special requests typed in) and delivered to our table, and everyone agreed the food was good, if not spectacular. Two of us received “seasoned” fries only to find that the seasoning was more chili style than we would have preferred, but the steak was perfectly cooked and the kids were happy with their meals. The dessert portions were enormous and we ended up leaving with plenty of chocolate brownie, ice cream, lemon meringue mess, and fondue still on the table.

Our biggest complaint with the Rollercoaster Restaurant was that, once again, it felt like a gimmick. Having eaten there I feel no real desire to return, especially given the prices: £14.95 – approximately $20 – gets you a fairly standard burger and fries. Because the drinks have to be delivered via the rollercoaster system as well, only bottled soft drinks are on the menu with no free refills – we couldn’t even order tap water unless we wanted to chase down a waiter across the room. The waiters have no reason to come to your table because of the tablet ordering, which also makes it a hassle if something comes out incorrectly. My sister had to wander around the room with an incorrect dish in her hand in order to have it sent back. We were also unimpressed with the cleanliness of the crockery, cutlery, and most of all the pans that deliver the food, many of which had baked on dirt on their glass lids. One of our group who works in large event catering was horrified by some of the pans, which could easily be transporting steamed fish on one journey, then ice cream on the next. The pans also stack up quickly on the table because more than one is often required to transport a dish. My burger came in one pan, my fries in a second, and my coke bottle in a third. The lack of staff in the room meant that by the time six of us had received our meals (which all come out separately thanks to ordering each meal individually on the tablet) we were having to create stacks of them in the middle of the table to find space to eat.

Finally in our day, we checked out CBeebies Land, another rebranding of what was previously Storybook Land and Old McDonald’s Farmyard. All the rides in this part of the park cater for young children and are themed around CBeebies – the BBC’s preschool TV channel – properties including In the Night Garden, Postman Pat, Tree Fu Tom, and The Octonauts. Most of the rides in this area are also rebrandings of existing ones, but one new roller coaster was also included in the redesign, a small family-friendly Octonauts ride with a height restriction of just 0.9m. Most of our group was too old for or aging out of the CBeebies demographic, but we were all impressed by what Alton Towers has done to the area and especially the Octonauts coaster which had one of the longest queues across the park. The new CBeebies Hotel which is due to open in 2017 will no doubt be a big draw for parents of small children and serve to add even more enjoyment for little ones.

I adore Alton Towers despite its flaws and this visit only cemented that affection for the place, even though we were disappointed to find so many attractions closed for refurbishment this trip. My six-year-old son, visiting for the first time since toddlerhood, fell in love with the park and is already clamouring to go back so he can ride the Congo River Rapids and Runaway Mine Train again (he hasn’t stopped telling people about how boarding in the final seconds of the day meant he got to ride seven times in a row). Bigger rides like Air/Galactica and Nemesis are still some of the most fun this country has to offer, and the park offers a great variety of attraction to suit all ages, from the gentle kids rides and shows in CBeebies Land, to family-friendly classics like Marauder’s Mayhem and Ice Age 4D, right up to the extreme thrills of Oblivion and Nemesis. It’s one of the best places I’ve found to visit with a mixed group of ages and ride comfort – there’s even a branch of the Sealife Centre plus an old stately home and gardens in the center for anyone who’d prefer to take a leisurely stroll after lunch rather than being flung upside down.

In our opinions, the additions for 2016 have added little to the park with both the Rollercoaster Restaurant and the Galactica rebranding feeling like gimmicks that won’t hold on to the crowds once the initial interest has waned, but plans are already in motion for the parks’ next big attraction, currently codenamed Secret Weapon 8, which will hopefully draw in new crowds next year. I’ll definitely be heading back to check out whatever it is when it opens and to re-ride my old faves (and maybe brave something new) but I won’t be wearing my Galactica goggles again soon. Give me Air any day.

Tickets, lunch, and other items provided by the Merlin Group for the purposes of this review.

Being Elmo: A Puppeteer’s Journey – Review 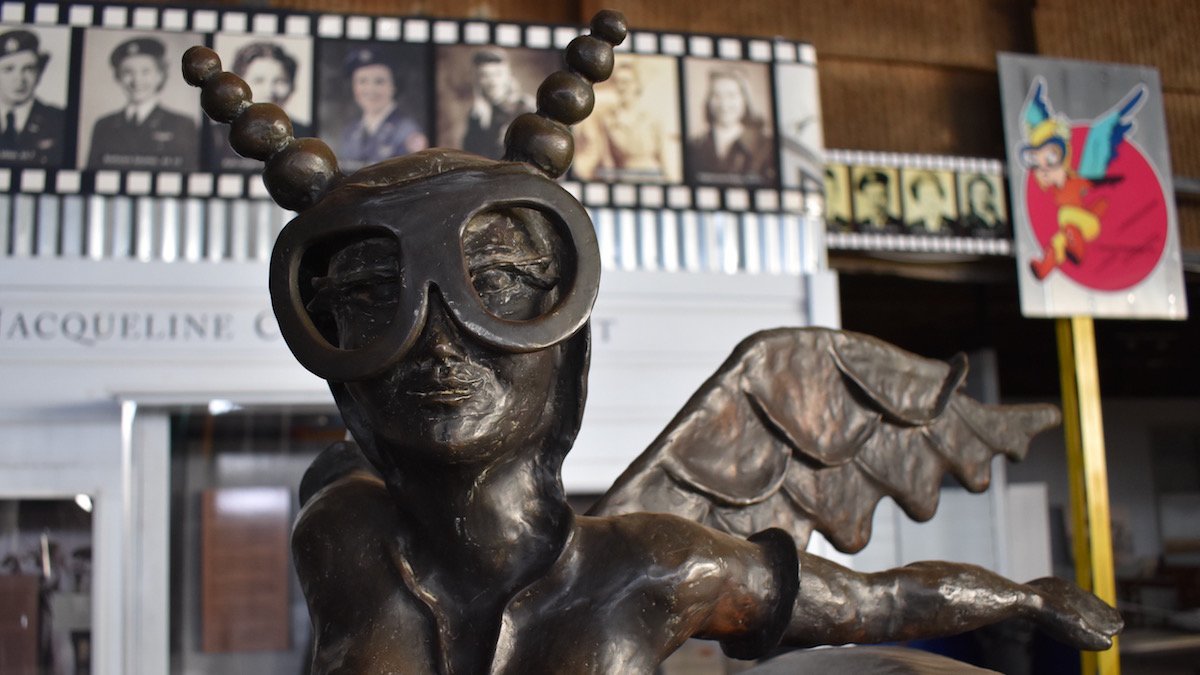 Flying with Fifinella: A Visit to the WASP Museum