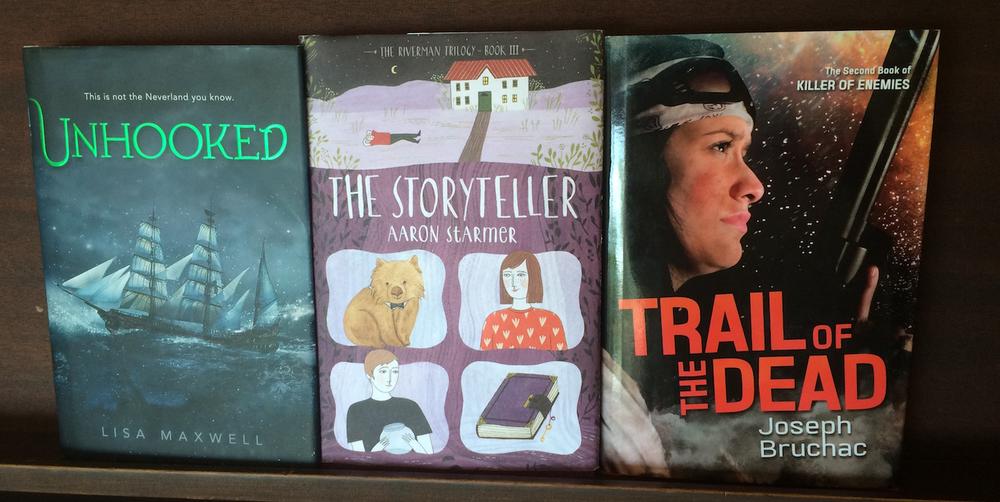 Here are three young adult novels: a stand-alone, the second in a series, and the finale of a trilogy. Although they all have fantastical elements, the settings are completely different–from a modern-day New England town to a post-apocalyptic American southwest to a twisted version of NeverLand. The main characters of the books are strong young women, struggling to understand their own journeys, but their personalities, motivations, and relationships are varied. What ties the novels together is the concept of storytelling. Stories are the link to culture and ancestry, they carry magic and healing, and our heroines having the courage to change the expected story is where their power manifests.

Unhooked by Lisa Maxwell stars Gwendolyn Allister, starting over yet again with her schizophrenic artist mother who believes monsters are out to get them unless they keep moving. Gwendolyn swears this is her last move, now that she is almost eighteen and can go off on her own. But her best friend Olivia, who has come to help them settle in their new place, knows Gwen may never be able to stop caring for her mother. And then Gwen and Olivia are kidnapped by flying, hairy, winged shadow beasts into Neverland. Yup. Our heroine finds herself on a pirate ship, in the company of a handsome, young, dangerous Captain with a metal hand. He tells her he is playing the role of Captain Hook because someone has to oppose the real enemy around here: Peter Pan. But then she is whisked away by Pan himself, a luminous hero who promises to give her the secrets of Neverland with her own magical power. As she is taken from one place to the next, struggling to figure out what is going on, who to trust, and how to rescue Olivia, Gwendolyn discovers her mother wasn’t so crazy after all. Is Captain Hook or Peter Pan her savior? Lover? Adversary? Can she keep her head above the death-siren infested waters long enough to save herself and decide her own role in this not-children’s story?

Joseph Bruchac, in his novel Trail of the Dead, returns to Lozen, our 17-year-old Apache kick-butt heroine keeping her family alive in a post-apocalyptic world. This is the sequel to Killer of Enemies, a book I reviewed that both my son and I enjoyed. We liked this one too. In this world, electricity has been wiped out and genetically-modified monsters are lurking behind every desert rock. Lozen is more than physically capable, her super-powers of perception are getting stronger, and her telepathy is improving all the time. Yet, as she leads her family and friends through the desert to what she hopes is a safe new home, a growing darkness within is threatening every part of her. Plus, a soulless assassin is on the hunt. Lozen is stronger than most, but even she needs to accept help from the people who love her, find healing, and be guided by the stories of her ancestors in order to survive this new, dangerous world. Action packed and compassionately written, Trail of the Dead is a firm next step in this series.

My son and I have recommended The Riverman Trilogy on GeekMom before, in person to people, and loaned the books out because it is one of the most unique and internally epic set of novels I have ever read. I say “internally” because it is a mind-bender of a plot taking place within the imagination of the characters and a mystical world that exists within the realm of ALL stories. The first two books follow one of the children that can transverse these internal worlds, but the third book stars his sister. My first thought when I started The Storyteller by Aaron Starmer was, “There was a sister?” That’s how much in the background Keri Cleary was. And she stays in the background here too, watching, listening as her small town and family try to solve kidnappings, gun violence, and recover a sense of normalcy. Every other chapter is one of her original tales: quirky, fascinating, and slightly disturbing. We, the readers, are privy to her quiet watching, speculative thoughts, and stories that are more than just stories. But like the first two books, I can’t say too much or I’ll spoil this riveting trilogy. Highly recommend!

GeekMom received Unhooked and Trail of the Dead for review purposes. 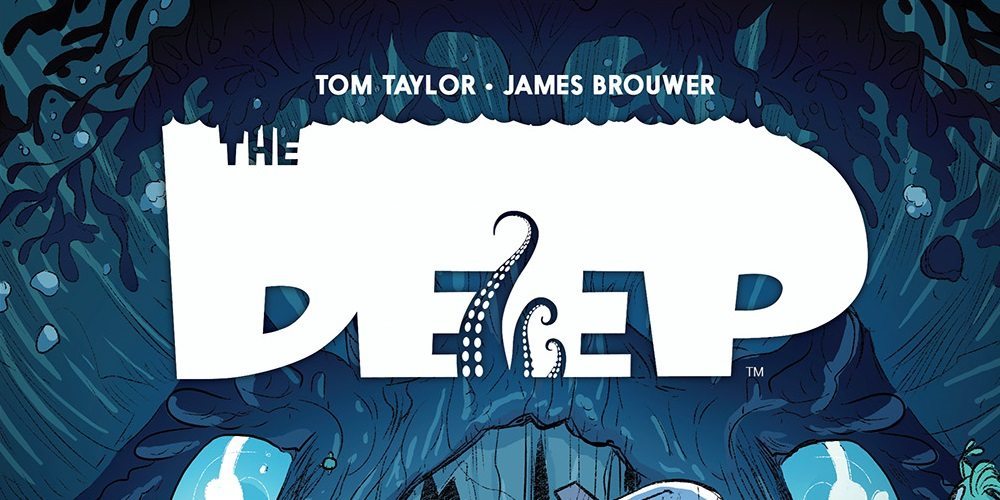