The internet is full of travel guides to help you make the most of your vacation with kids. Look online and you’ll find lists to suit any destination, budget, and age. You can introduce your children to culturally enriching, mentally challenging activities that help them grow and learn.

But what if, despite all your research and your own personal desires, you’re traveling with slightly older kids with opinions that for some reason you’ve decided to actually listen to? Well, this is the guide for you.

And if you decide you’re not going to even think about how affordable an activity is before promising it to your kids, read on.

I went to Los Angeles with the kids last week. There were five kids (including my niece and nephew) aged 10-15, and they’re not much into sightseeing. Me? I had to go to Harry Potter World. That was all I cared about doing. I would have liked to have visited the Getty Museum, the Guggenheim, Griffith Park Observatory (and maybe even some sites that didn’t start with G).

Usually, when I visit a city, I want to explore things that are unique to that area. I like to explore a city’s history and culture, and learn its general personality. The kids? They just want to play.

Never mind the fact that traveling to LA at the end of July in the middle of a heat wave is less than vacationy to me. And I’m sorry, even without humidity, 107 degrees is 107 degrees. (Cleveland, by the way, is LOVELY during the summer, to which I’m sure visitors to the RNC will certainly attest).

Well, my kids not only just want to play, but as this wasn’t our first trip out west, they have zero interest in tourist sites. It’s challenging to find things to occupy them, because left to their own devices, they would have spent all their time playing basketball in the backyard (complete with squabbles, shouting, and the occasional tears) and watching episode after episode of The Flash on Netflix with their cousins.

So, in case you’re looking for a non-touristy vacation that costs plenty of money and can be done pretty much anywhere you travel, here’s a highlight of activities my kids did this week:

You don’t have to go to this particular spot; other cities have other tracks. This one was indoors. The kids could all race together as a family, which was nice. They have small and large go-karts, so the adults could have participated, too. But as traveling in Los Angeles involves much time spending time sitting in a car, I didn’t exactly feel like paying money to do so (beyond renting a car). But the kids had a blast, and that’s why we went. I don’t recall if there were any specials when we went, but it costs roughly $30 for two races per person (hence the adults didn’t participate). They also have air hockey tables and arcade games to while away the wait, and some comfy couches for the non-riders. Plus they sell concessions, so your kids can fill up on soda and chips between rounds.

This was by far the most expensive activity we did, in part because all nine of us participated (we paid something like $25 for 3 missions apiece…you do the math). This was my first time playing laser tag (which was quite obvious when we exited the arena at the end of each match, and my code name was consistently at the bottom of the list). That said, in the three rounds we played, my score practically doubled each round as I slowly figured out what I was doing. I certainly didn’t appreciate hearing that kids from the other teams had been swearing at my niece and nephew, but I can’t exactly blame the venue for that. Besides, they had free wi-fi, and a nearby Pokéstop.

What better way to burn off some kid energy than two hours of bouncing? Another bonus? They offered a discount if your Pokémon Go Trainer had reached a certain level (my 15yo scored us $2 off per hour per person, saving us $20). They bounced, played dodge ball, slam dunked, did a ninja course, and generally had fun. We adults, meanwhile, watched. Admittedly, it did serve as a good warmup for soccer season, when I’ll return to the sidelines to cheer on my kids as they play game after game after game after game after game…

So there were two days when we dragged the kids out to the beach. The first day, two kids avoided the water and just tossed a football around in the sand, while everyone else waded, body surfed, splashed around, and built structures in the sand for the waves to wash away.

So when we headed to Santa Monica, we were plagued by grumpiness. And even pointing out the ferris wheel from the beginning of Sharknado wasn’t enough to lift spirits. Even the plethora of Pokéstops couldn’t stop the whining. Even letting them order dessert crépes for lunch did nothing to stave off the complaining. Seriously, this over-indulging business was not paying off. We were heading to the beach. But, only one kid wanted to go near the water. The rest insisted they’d rather rent bikes. So, I suggested we could split up. Which, given the over 100-degree weather, I rather wish I hadn’t. The splash of the waves beckoned, promised the gentle chill that could wash over my feet and cool me even if I didn’t drench myself. Instead, I would have to settle for the gentle warm breeze that I generated as I biked from Santa Monica to Venice Beach and back. Rentals were something like $10 per person per hour (which, I must say, is more than enough time to bike in the midday sun during a heat wave).

Although this translated to one kid with several scrapes, this was a definite hit. I even got to climb a couple easy climbs between belaying my kids while they climbed. This is a great gym, and my kids enjoyed themselves. Of course, my brother-in-law is an experienced climber who takes his son weekly, and I was able to belay as well (conditionally; it’s been a while), so that helped. The visit costs $15 per kid, $17 per adult, plus the cost of renting shoes and a harness.

Finally, something specific to LA (and yes, Orlando, but stay with me here). Incidentally, two of my three boys didn’t want to go. We bought our tickets before we left to save a bit (AAA offers discounted tickets), then splurged on Preferred Parking. Worth it ($30, parking right in the Frankenstein lot–aka shaded–next to the entrance). We decided to get an early start to beat the crowds and the heat (hence two kids not wanting to go), especially as we had to leave the park by 2 to head down to Orange County to meet up with some relatives. For a more thorough review of the park, GeekMom Melody Mooney previewed it back in March.

I would mention that visiting the various shops with particular goals in mind was important (like, being able to fit whatever I bought into my suitcase) to keep me from buying everything I saw. The butter beer (cold, not frozen) was phenomenal. We started the day by going through the Forbidden Journey ride twice in a row, with only a 30 minute wait each time (which was almost disappointing since it didn’t give me as much time to linger in any particular area inside Hogwarts). As my son is used to Cedar Point, he was a little let down by Flight of the Hippogriff, but oh well. I must give kudos to Universal Studios for setting up soak stations throughout the park to cool off guests. At my 10-year-old’s behest, we did leave Harry Potter World to go ride the Jurassic Park ride twice in a row (seemed only fair) to cool off. Then we wandered back to Hogsmeade to make a few last-minute purchases before heading out.

My son and I had earlier split a chocolate wand and a cauldron cake, and this time around found a few souvenirs–and a couple Sugar Quills for their brothers-—before saying goodbye. My niece and nephew each owned a wand from their previous visit to HP World in Orlando, but neither could find them, so we couldn’t explore all the cool features that the wand would have unlocked. I was even tempted to buy a replica of the dress that Hermione wore at the Yule Ball in Goblet of Fire ($99), but I managed to talk myself out of it, and settled for a Hogwarts t-shirt and Ravenclaw hat. And I did mail myself a postcard from Hogsmeade, because, of course.

As far as beating the heat, another place we did visit was Hurricane Harbor. As we have some strict vegetarians among us, we ate lunch at Chipotle before heading into the park. My brother-in-law had season passes for himself and his kids, which allowed three free admissions, plus three discounted tickets ($25 apiece). We wandered through the Lazy River and Wave Pool a few times, enjoyed Dippin’ Dots and funnel cake, and went down several slides.

So as far as tourist guides go, this one is either pathetically non-specific, or brilliantly multi-purpose. Yes, there are a couple LA-specific sites mentioned here, but as a whole, if you’re looking for activities for your kids that will ideally prevent the complaining that comes from dragging them out to culturally-enriching activities like plays or museums, well, clearly you didn’t read this post very closely. I guarantee nothing of the sort.

What I did learn, however (albeit too late to implement), is that in the future, I need to come up with a list of alternate sites—ones that I actually want to visit—that we can go to while the kids are occupied. Or that I’ll drag them to if they insist on whining en route to laser tag.

That said, I did notice some nearby Pokéstops that interested me, and had it been cooler outside, I would have liked to have walked over (to explore, not just to visit the Pokéstop). Maybe next time. 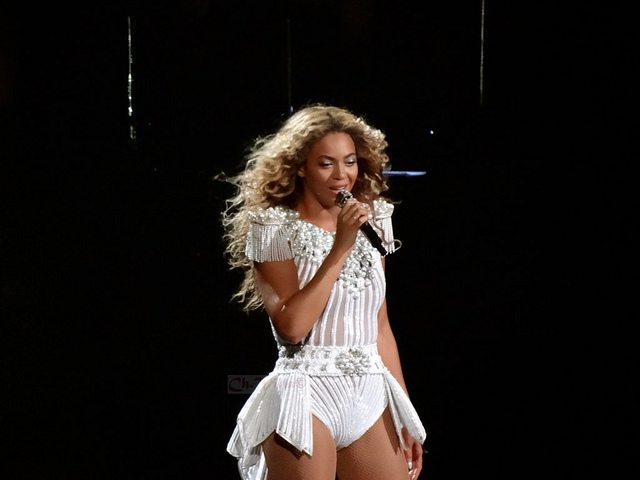