Something very strange is happening in the cinemas around the world. Whilst in our reality we constantly hear about equal opportunities, gender equality and the removal of the glass ceiling; the female role models we see on the big screen seem to be turning a blind eye to it all and living in a world of pink Cosmopolitans and Jimmy Choos.

Please don’t get me wrong, I am just as partial to a nice handbag or a manicure as the next woman, but looking around at the media landscape, I can’t help but feel somewhat scared. My eight year old niece is surrounded by a marketing machine fueled by Hannah Montana and High School Musical and I worry about how that will impact her future decisions. We are living in a world where celebrities are there often for celebrity’s sake, famous simply for being famous. Out shopping in my local city I see pre-schoolers wearing t-shirts bearing the slogan “Future WAG” and I am concerned that this is what some parent’s aspirations are for their daughters, to be nothing more than the eye-candy on the arm of a successful man.

The question remains, where are the positive role models for the next generation? I don’t doubt that they are there somewhere; The Harry Potter series’ Hermione Granger alone is as positive a role model as one could hope for, a girl who is not afraid to be cleverer than the rest and who uses her brains rather than her looks to get her through life and save the world. But when we look around at other hit movies, I begin to feel that fear all over again. Twilight’s Bella Swan is the worst example of a role model I’ve yet seen, seemingly unable to function without at least one male crutch to keep her upright. Other films such as “Scott Pilgrim Vs the World” feature women that stand on the sidelines, allowing men to fight their battles for them or, in the case of Knives Chau, seemingly living their whole lives in pursuit of a man.

The Huffington Post ran an article discussing how television has been “a gold mine for three-dimensional female characters for the last twenty years” and they have a lot of valid points. Whilst women on the big screen simper and fawn over men and the need for another pair of shoes, their small screen counterparts are busy solving crimes, saving the world and generally fighting the good fight. Characters like Dr. Temperance Brennan (Bones) and Catherine Willows (CSI) are intelligent women capable of existing in their own rights, not just as sidekicks or pretty faces to brighten up the office. However for me, they will always pale in comparison to the original small screen heroine, FBI Special Agent Dr Dana Katherine Scully.

I grew up with The X-Files and whilst I will happily accept that allowing a seven year old to watch the show may not have been my mother’s best parenting move (although it is one I will be eternally grateful for), I cannot imagine having had a better role model to grow up with. Scully was intelligent, feisty and unendingly capable. She had the patience of a Saint, able to put up with her seemingly crazy partner “Spooky” Fox Mulder; and the scientific skills to make sure no one ever looked at her as just the pretty face – not to mention the physical stamina to keep up with the men out in the field. Here was a woman who re-wrote Einstein for her senior thesis, now that’s an accomplishment worth aiming for. Growing up watching her weekly antics made me want to become a scientist, no aspirations to be a WAG here – I wanted to be a forensic pathologist thanks.

As an adult, I look back on myself as a child and will forever grateful to Dr Scully and the X-Files; she was the impetus for me to set out on the long road into science. I still find myself looking up to her, seeing her personality as the ultimate goal for myself; able to maintain her pose and calm exterior in the face of overwhelming adversity, the likes of which we all hope we will never have to face. Capable of standing shoulder to shoulder with anyone, male or female (even if she did need six-inch heels to help out a bit), to make the best decisions for her children when it would hurt her beyond what any woman should experience and able to consistently preserve her femininity without resorting to sipping pink cocktails and giggling over handbags. She wasn’t perfect, not by any standards. Her taste in men was pretty woeful (married college professor, newly divorced psychopath, local sheriff who turned out to be a vampire, the list goes on) but at least it made her real, attainable. Sure she needed rescuing from the hands of more than a few crazies but she did a fair proportion of rescuing herself when Mulder would get into his own scrapes – this show was nothing if not gender equal.

I hope that my niece’s generation find their Dana Scully, the positive role model who makes it into the mainstream and stands there defiantly with her shoulders back and head held high. Hermione Granger is doing well, valiantly fighting for the virtues of intelligence and hard-work but she is constantly overshadowed by Harry “The Chosen One” Potter. I want to end with an except from an article on Salon.com by Rebecca Traister, which has recently been endlessly re-blogged by X-Files fans on Tumblr; having been originally written just prior to the 2008 release of The X-Files: I Want to Believe:

“In an entertainment world where women are disappearing from multiplexes, where men bulk up as superheroes while women don’t eat but sip pink drinks, we need to remember that there was once a very short heroine who hunted monsters and talked about Einstein, who kicked ass and questioned her faith, who went to work with a man she loved but didn’t rip his shirt off over lunch, who didn’t want to believe, but opened herself nonetheless to possibility. We need Scully back, even for a moment.”

What we need are more women who can stand on their own two feet, women who have studied long, worked hard, and never got by simply on their looks. What we need, is the upcoming return of Dana Scully.

Repeats of The X-Files are currently airing in the USA on BBC America, weekdays at 11am/10c & 4pm/3c.
In the UK they are airing on Sky Atlantic (HD) weekdays at 6am, 11am and 4pm. 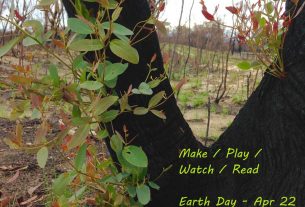