When it comes to eSports, nothing captures my attention like Heroes of the Storm. One of Blizzard Entertainment’s newer properties, Heroes of the Storm is endlessly entertaining, even airing on ESPN during the Heroes of the Dorm collegiate tournament back in April. Between the drafts with all the strategy for picking the characters to the different game meta depending on the map and team makeup, I could watch for hours without ever tiring of it.

However, if asked to pick a game that I want to play, my choice is going to be Blizzard’s newest franchise, Overwatch. The team shooter is easy to pick up, even for someone like myself who tends to be hopeless when it comes to shooting games. A player can choose from twenty-two different characters who fall into four different categories: defense, offense, tank, or support.

While I will gladly sit down and watch any tournament of Heroes, until recently, I hadn’t watched Overwatch as an eSports spectator. I had high hopes for Overwatch knowing how fun it is to play and how much I enjoy eSports in general. However, with the Overwatch Open, I felt a bit let down. While Overwatch is great fun, the eSports scene could learn a lot from the way Heroes handles its competitive play.

With both games, there is a limited number of characters that each team can choose from. In Heroes tournaments, as a character is chosen, no one else can pick them for the rest of the game. Teams are also allowed to ban two characters per match, adding a different level of strategy to an already strategic game.

By contrast, in Overwatch, there cannot be two of the same character on one team but all characters are open to the teams, regardless of if their opponent picked them as well. Because of this, the entire time I was watching the Overwatch Open, the teams were virtually identical. When you only see the same seven characters over and over again, the game loses some of its watchability. I can only handle so many Lucio-Zenyata healing combinations before the tournament becomes repetitive. As this was the first one I have watched, there is the chance that other tournaments are run differently, but my conversations with other eSports and Overwatch fans lead me to believe that this is standard play for the competitive scene.

So what would I suggest? Limit the characters to one team. If one team picks them, the other cannot. With Overwatch, players can switch their character after every death or when they return to the base. This would obviously complicate things as there could be confusion when they respawn and choose a new character. My recommendation would be to grey-out any characters that are in use by their opponents at that moment, letting the player choose from any of the remaining ones.

This benefits the game by forcing players to think outside the current metas and bring in characters that don’t get a lot of play time. As a player who primarily plays Mercy or Pharrah, it would be nice to see them show up instead of Genji, McCree, and Zenyata over and over again.

With Overwatch being such a new game, there is plenty of time for Blizzard to make adjustments to its competitive scene. It is such a great game with a versatility and variation in the characters that is unmatched. Forcing teams to choose more of those innovative characters would only increase the interest in the game and make it that much more popular. 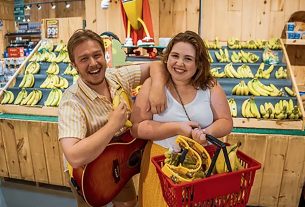