Lego Star Wars: The Force Awakens, the latest Lego video game, brings the franchise up-to-date with a full play through of The Force Awakens and includes bonus levels featuring characters from the movie. The game continues in the same style as previous Lego games which will delight fans of the franchise so far but is unlikely to attract new players.

If you’ve played a Lego video game before, you’ll know exactly what to expect from Lego Star Wars: The Force Awakens. The film is divided up into ten levels. Make your way through each one collecting studs (currency), mini kits, and bricks, fighting bad guys, solving puzzles and piloting all manner of ships, speeders, and other vehicles.

There are also a few new skills available for characters to add some variety. Lightsaber Cut allows players to use their sabers to cut through doors and other barriers, much as Qui-Gon Jinn and Obi-Wan Kenobi did at the beginning of The Phantom Menace, and Command Group sees characters taking charge of others to work together as a team. The flying levels are also a lot more fun now with better control of vehicles, even if those levels are a little more bewildering with targets all around and enemy ships often trying to lock onto you. However, the vast majority of gameplay remains broadly the same. So let’s focus on what’s new.

The first of the two big new features for The Force Awakens is Blaster Battles. These are a bit of a shock the first time you come across one as instead of the usual button mashing style of fighting we have all become accustomed to in Lego games, these battles require some tactical thought. Your characters will hide themselves behind conveniently placed cover. You then control them popping out from their hiding places to take aim and fire, all while taking enemy fire yourself. It’s a trickier technique than usual for Lego – you’ll need to control the hide/emerge, aiming, and firing controls all at once – but after one or two battles you’ll get the hang of it. Blaster Battles add a new dimension to the fighting in Lego Star Wars which is great for adult players who are perhaps looking for a little more depth, but not so great for the game’s youngest fans who will struggle to take control in these new sequences.

The second big new feature is Multi-Build. In previous games, piles of Lego would be discovered jumping about at your feet. Your character builds them into something useful, and off you go. Now, these piles of Lego give you between one and three different options of what you want to build from them. In some instances, this is fun. Whereas in previous games, boss battles often consisted of repeating the same actions multiple times, Multi-Build allows for some variation. In your first attack you build one weapon, and in the second attack, something different can emerge. However, this is the minority of cases. In the vast majority, Multi-Build is nothing more than a time-wasting annoyance. Often you are faced with a pile of jumping Lego, three different options, and no idea which one to build first. My gameplay often went something like this:

The whole process becomes repetitive and annoying very quickly, especially if, say, a character falls or dies between later steps requiring you to smash and rebuild the whole process over again. Rather than adding to the overall creativity of the game, for me, Multi-Build only added extra annoyance. Oh, and that’s before we get to the part where characters keep switching between options mid build because the pieces are positioned awkwardly, or when you’re trying to choose between options while under fire. This is a feature I hope we don’t see again in future games.

Returning to more positive aspects of the game, Lego Star Wars: The Force Awakens does a fantastic job of opening up the Star Wars universe even further. While the game is unlikely to be considered canon (somehow I doubt the Millennium Falcon’s departure to Starkiller Base was really held up by the loading of crates filled with Wookie Cookies) it’s fun to explore new parts of the galaxy and learn more about some of our favorite characters.

The game is somewhat unique to Lego in that it only focuses on a single movie rather than a trilogy, and so a lot of padding is required to create enough content to justify a full game. Impressively, very little of this *feels* like padding. I did have my disbelief somewhat suspended by the revelation that Maz Kanata now appears to have an entire Skyrim-style dungeon in her basement, but other film levels simply added content we knew was there all along but never saw on screen, such as more of Rey’s escape through Starkiller Base. If Rogue One is also to get its own Lego game, I expect to see similar padding, although given its position in the timeline, perhaps some content from Star Wars Rebels might make its way into such a title?

In addition to the film levels, progressing through the game opens up multiple bonus levels that link back to the overall story. These levels can only be unlocked once a certain number of gold bricks have been earned, beginning at 30 for Rathtar Hunting with Han and Chewie on Twon Keyes – a planet that seems to share much of its bioluminescent flora with Avatar‘s Pandora. Other bonus content includes the story of how C-3PO got his red arm, and how Lor San Tekka arrived at the Jakku village seen at the beginning of the movie.

The hub has also expanded once again. In Lego Jurassic World, we got to play across two distinct hubs – Isla Nublar and Isla Sorna. Lego Star Wars: The Force Awakens expands this even further to multiple planets and the Falcon, each of which can be explored in open world style play. Despite the fractured geography, the always-accessible galaxy map makes moving about in the game very easy and keep levels accessible for replay. There are also mini games dotted throughout the hubs. One of the first I discovered was Dejarik Battle on the Millennium Falcon. For those not versed in intimate knowledge of the Star Wars universe, Dejarik is the 3D holographic game we see Chewie and R2-D2 playing together in the first Star Wars movie. Although the mini-level is far from a faithful playthrough of the game, it is a great way to quickly accrue a whole lot of studs.

The humor in the game is as great as ever; watch out for a brand new way to cook sausages and a peek into Kylo Ren’s bedroom. Oh, and make sure you watch all the way through the very long credits at the end of story mode – you’ll be thankful you did. Conversely, I found myself surprised by how straight a particular scene was played – I’m sure you can guess which one. I expected something to significantly lower the blow here and instead found myself once again holding back the tears. One of the things that frequently made me laugh, although perhaps not intentionally, was Harrison’s Ford’s voice acting which sounds as if he is permanently wondering why he ever agreed to this tomfoolery. The entire cast of the film has come back to record their lines for the game which makes it a shame that there is some truly appalling sound mixing going on throughout. The characters are either shouting in your ear or whispering so quietly you miss half their dialogue – you may want to consider switching on your subtitles.

Overall, Lego Star Wars: The Force Awakens is a fantastic addition to the Lego games universe. The gameplay is varied, fun, and family-friendly, and will appeal to all ages, making it a game you will happily play both with your children and by yourself. The additional content will appeal to Star Wars fans eager to absorb even more knowledge about the galaxy far, far away but the game will be just as enjoyable to casual fans. I’m already looking forward to more Star Wars universe Lego games in the future, just, please, get rid of the Multi-Build! 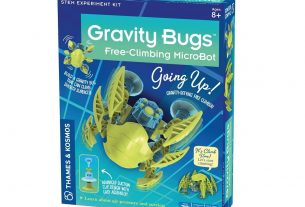 Wear A Bow Tie Day and Other Wholidays

Ten Years Later and I’m Still Thankful for All the Fish.